Romantic, erotic…the works of Robert Combas on display at the Grimaldi Forum in Monaco this summer promise to create a stir.

While the ‘Francis Bacon, Monaco, and French Culture’ exhibition at the Espace Ravel of the Grimaldi Forum will be the definite highlight of the Monégasque summer, the Principality will also pay tribute to a lesser known, yet equally prolific artist, Robert Combas.

The French painter and sculptor is widely considered as one of the founding fathers of the figuration libre movement which began in Paris in the early 1980s as a reaction to the heavily conceptual and academic art. Drawing on pop cultural influences such as punk music, graffiti and cartoons, this Gallic art form was more or less the equivalent of Neo-Expressionism in the U.S.

Combas, who was born in Lyon in 1957, actually grew up in Sète, by the Mediterranean, and after completing his studies at the École des Beaux Arts, his artistic career started with the creation of a rock band, followed just a year later with the publication of the art magazine ‘Bato’.

As a creator, he has always been inspired by street art and classic images of the Modern and pre-Modern era to create frantic paintings full of striking colours, strong black contour lines, and a charged figurative imagery that includes cartoon characters, mythical beasts, cyborgs, and body parts coming to life in wild and violent settings.

His works have a sense of vitality and eroticism, serving to both exalt libertinism and criticize the excesses of contemporary society. 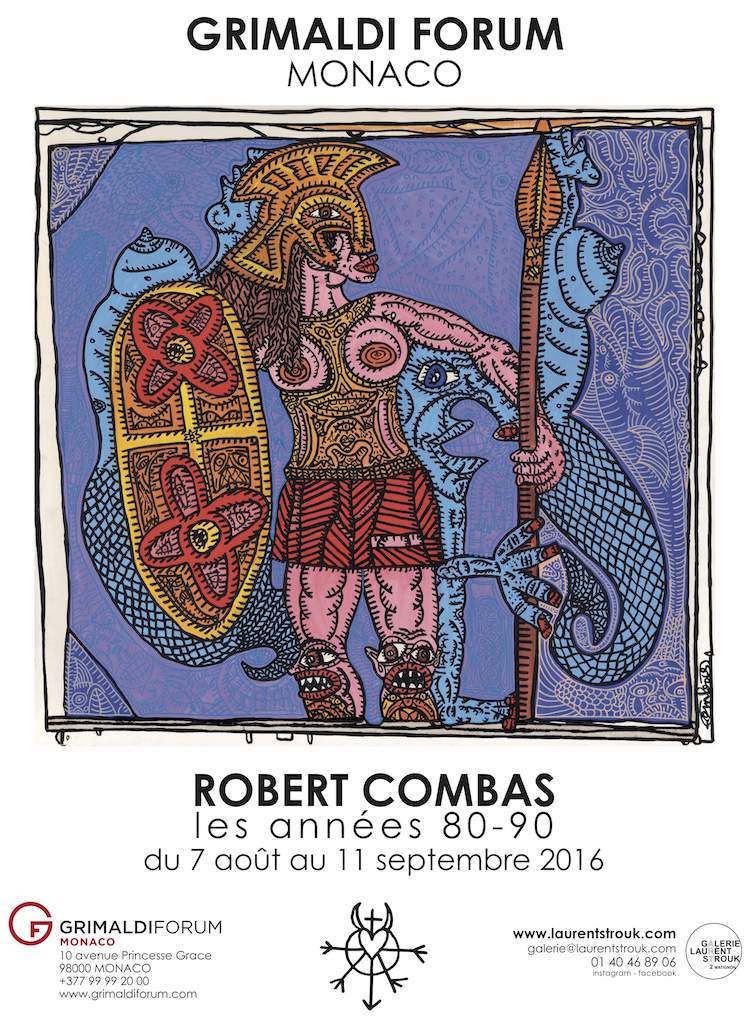 Robert Combas has been producing more autobiographical canvases of late, but the Monégasque exhibit will focus on the paintings from the 1980s and ’90s, organized according to the themes so dear to their creator: war, sex, transgression, celebration… Among the works on loan from various private collections, including the Laurent Strouk collection, visitors will be able to admire “La guerre de Troie”, “Joli spectacle équestre romain”, and “Le pianiste”.

Robert Combas once said, “I like to leave traces and drips in my colour. I do not like the effects to be too clean, too uniform or too smooth.” With this exhibition, this statement will without doubt take on its full meaning.

The exhibition ‘Retrospective Exhibition of the Works of Robert Combas” will take place from the 7th of August to the 11th of September at the Espace Diaghilev in the Grimaldi Forum. Tickets cost €5 and are now available online.