Cannes Fait Le Mur means being on your best behaviour when strolling through Hollywood-sur-Med – some major movie stars are watching from on high.

As if there wasn’t enough flesh and blood Hollywood royalty congregating in Cannes right now – the city is also wallpapering its public spaces with their larger-than-life images. For this year’s 13th edition of Cannes Fait Le Mur, which has been placed under the theme “Bad Boys, Bad Girls”, the gable walls of many municipal buildings and hotels will once again be adorned with tarpaulins bearing the likenesses of cinematographic idols who have a reputation as a troublemaker, although it is not always clear whether that’s on or off screen.

Among them, Sylvester Stallone and Mel Gibson (pictured below) who seem to be making fun of you from the City Hall, or a formidable bunch of Hollywood directors, including Francis Ford Coppola, Steven Spielberg, and George Lucas (see lead image) who have taken up temporary residence at the Hôtel Renoir. Les French Bad Boys are worthily represented by Vincent Cassel. And what list of handsome, sexy, gorgeous hunks with a side of wicked would be complete without Johnny Depp…. 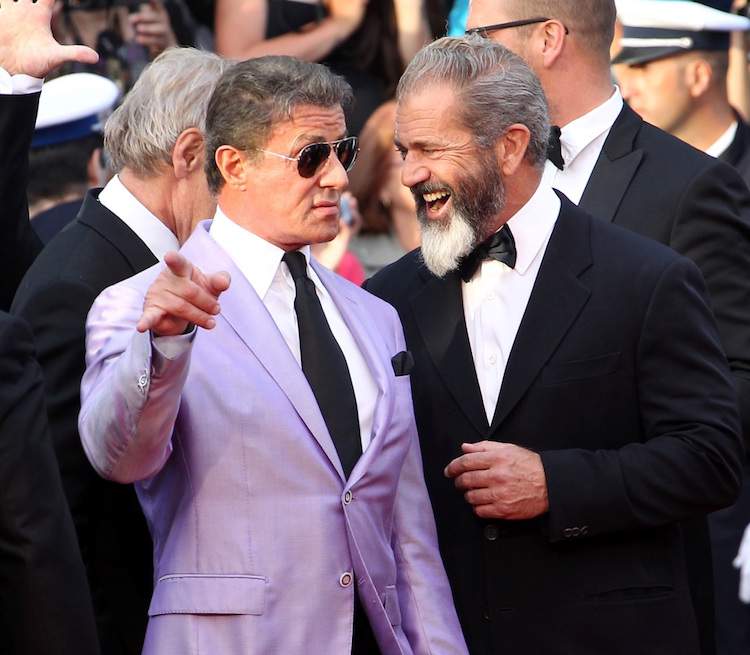 As for the Bad Girls… France is way too charming to say there are any, and so the organizers opted for devilish beauty paired with strong personality instead, as evidenced by Marion Cotillard, Diane Kruger or Jane Fonda.

In case you turn your eyes heavenwards in an effort to escape the invasion of celluloidal star power… well, you’ll find more of the same up there: overhead banners featuring the quintessential Movie and Real Life Bad Boys (among them Gérard Depardieu, Sean Penn, Benicio del Toro, and Robert de Niro) and divinely pretty and not-so-bad Bad Girls like Isabelle Huppert and Cate Blanchett. 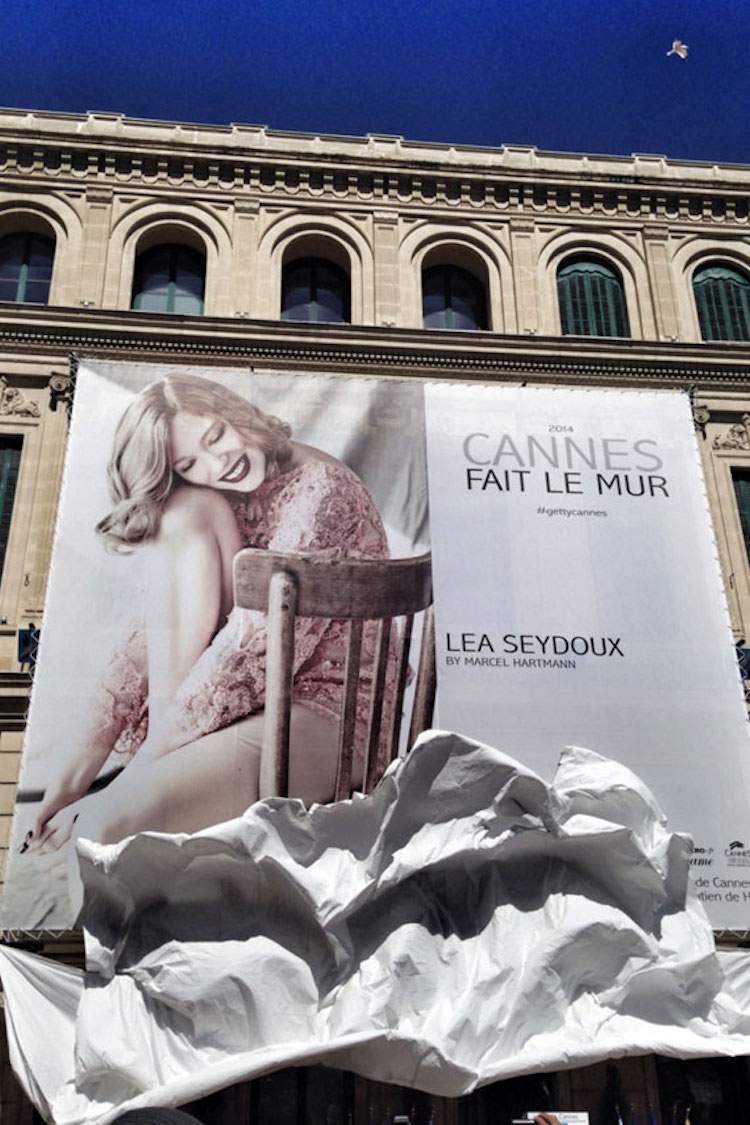 While the real movie stars will have cleared the camp by the end of the 2016 Cannes Film Festival on May 22, their pixelized presence can still be admired through 31 August.