Leave it to the French, they have a knack for fashion and design, no matter what body part it is intended for [NSFW alert!]

They go by many names: the French call them “English cap”, and the English return the favor by referring to them as “French letters”. The practical Germans can envisage their dual function as a “sleeping bag for mice”, and the romantic Portuguese glorify them as “the shirt of Venus”. In the USA they wear the endearing nickname of “love glove”, while in China they are soberly known as “insurance policy”. More prosaically though, they go by the official name of condoms, and while they come as close to you as it gets, they are still the kind of item you tend to discreetly bury between your broccoli and the chips at the checkout line.

These latex bodyguards may fulfill a vital function around the world, and legions of creative companies have tried to imbue them with various flavours from strawberry to licorice, and to rib, nob, or rill them for the sake of enhanced sensation, but visually they are really not much to look at, at least off duty. This is about to change though if French startup Made In Love’s Kickstarter campaign to turn graphic condoms into the world’s sexiest accessory is successful.

To help customers “break the routine”, they created a series of boxes, intended to be shipped to customers on a monthly basis. Of these, the first one includes 11 graphic condoms, a tasteful tin box with two more graphic condoms by a featured designer, candy, a small scented candle, a postcard, a poster, a notebook, and other goodies designed to help you slow down, savor the moment, and above all, admire the artwork. Designers tapped to feature their work include Maëlle De La Forge, Alex & Marine, Anna Borowski, and Lilyloca. 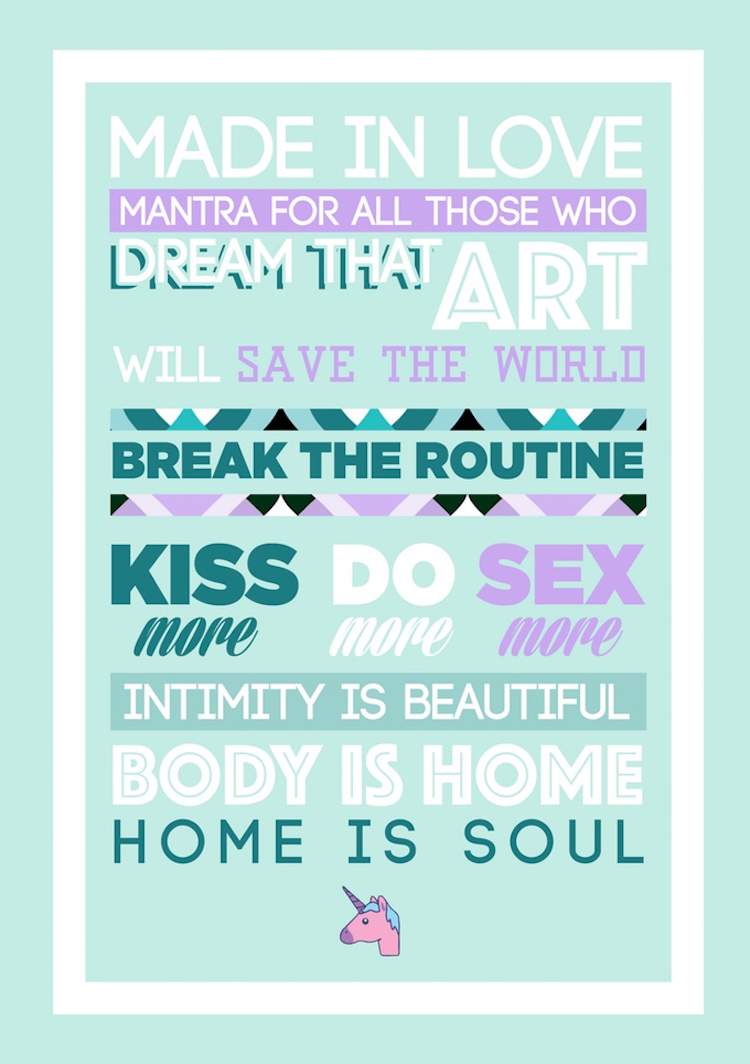 However, creative as it is, this campaign has also a more serious background: along with the fun factor, the goal is also to promote safe sex and end the stigma associated with the purchase of condoms. Sounds like a great idea? Then hurry to the Kickstarter campaign and throw a penny or a grand in the hat for this special piece of wearable art which will be available in sizes to suit even the most substantial requirements. But be quick, the fundraiser ends July 31. 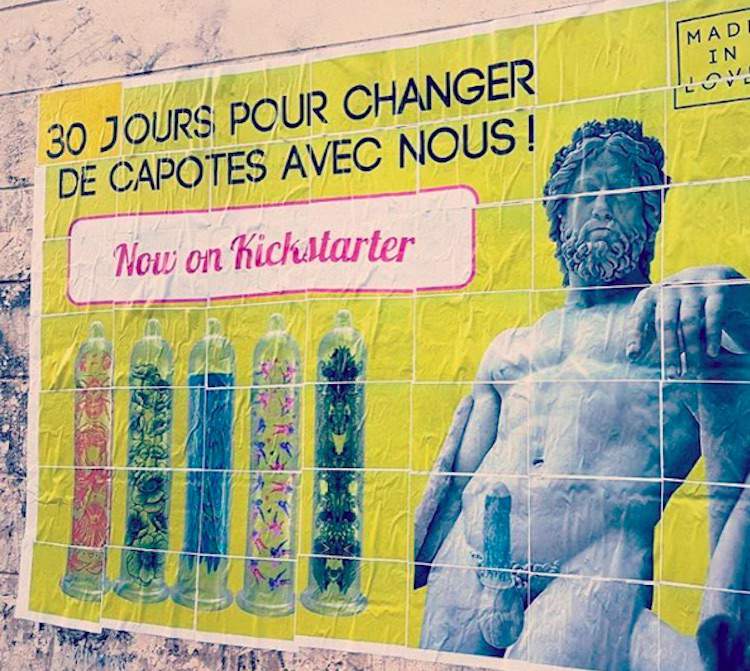 All images courtesy Made In Love