Hallelujah! The musical Sister Act is finally making its way to Monaco this summer, and promises to answer the prayers of local music fans.

Based on the mega-hit 1992 film of the same name that starred Whoopi Goldberg, Sister Act follows club singer, Deloris Van Cartier, who, after witnessing a murder committed by her gangster boyfriend, is put in protective custody in the one place the cops are sure she won’t be found … a convent. There, disguised as a nurse, she first finds herself at odds with the rigid lifestyle imposed by the uptight Mother Superior, but after taking over direction of the choir, she soon discovers a sisterhood she never had before.

The action may no longer be set in 1990’s Reno, now taking place in the Philadelphia of the 1970’s, but it hasn’t lost any of the ingredients that made the movie such a success in the first place. On the contrary, with its mixture of motown beats, soul, funk and, of course, disco, it acquires a brand new and more extravagant identity that should get the audience jumping to their feet, even though the stage version features none of the numbers featured in the film.

Created in 2006, the show was first performed in California and the southern United States, before moving to London in 2009 with a cast that included Goldberg herself. With a book written by Cheri and Bill Steinkellner, lyrics by Glen Slater and music by Alan Menken, the musical was a huge hit and has since been performed in many theatres around the world.

For this new production, directed and choreographed by Craig Revel Horwood, under the musical supervision of Sarah Travis, it will star Alexandra Burke, winner of the X Factor UK, who, just a few months ago reprised, to much critical acclaim, the role of the great Whitney Houston in the onstage version of The Bodyguard. 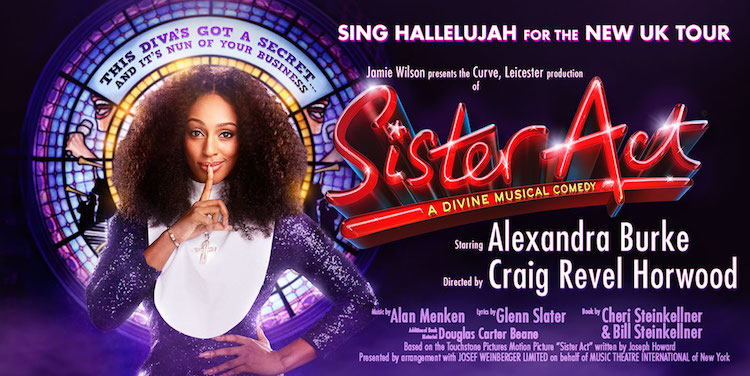 Sister Act the Musical plays at the Salle Garnier in the Opéra de Monte-Carlo from the 16th to the 20th of August at 8:30pm. Tickets cost €70 and may be reserved online.