A bar, a bakery, a pizzeria, and a great view over the sea – doesn’t that sound good? Yawning dogs between olive trees and cacti, neighbours talking from window to window, old signori sitting on folding chairs in front of the house looking at the visitors.

Where people are so unexcited, stress has no chance, even though the flanks of Mount Etna are always full of drama. Earthquakes shake the region, ash clouds darken the sky, and lava flows destroy houses high up on the volcano. For eons, Etna has guided the destiny of people within its sphere of influence. So it is not surprising that in ancient times the volcano was considered the residence of various gods and had a firm place in the mythology of Sicily. Dante located the Mongibello, as Etna is also called, in the inferno – in hell. He called the volcano a ‘black forge’, his blacksmith was located under the volcano, the cock, the lion with a hot breath, the spruce and the iron were holy to him. His blacksmiths were Cyclops – my god, it was hot in there?

Mount Etna is Europe’s most powerful volcano. Standing at 3352 meters, it dominates the east coast of Sicily and was still active in May this year. Volcanoes offer a window into the earth’s interior, and volcanological investigations and seismic measurements have helped formulate our understanding of the shell structure of the earth. Almost half of the year the fateful volcano is snow capped, and apart from tourist possibilities (cable cars, skiing, hiking) in the upper part of Etna, above all agriculture deserves a mention. 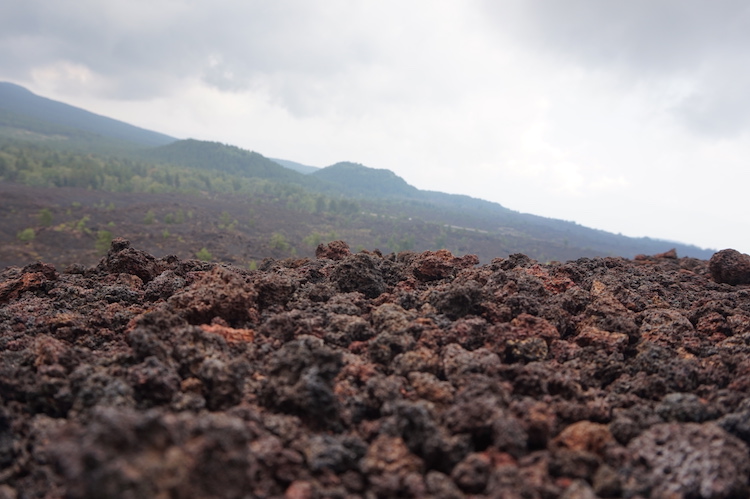 It is recognised that the volcano is not only a misfortune but also a blessing, as the ashes and lava, which initially solidify, form the basis for a soil rich in potassium, phosphorus and other nutrients. The particularly fertile lava soil has always been the basis for a rich agriculture and on the weekly markets at the foot of Mount Etna the fruits of this good soil are evident. Nuts, citrus fruits, unique apples, pears and cherries. The life breaks with unrestrained energy from the earth and in the subtropical climate at the foot of the volcano we find ripe juicy figs, full heavy grapes, wonderful olives, which are harvested now in October/November/December and are brought to the oil mills. The fresh olive oil that goes so well with Bruschetta, fresh vegetables and salads. Its delicate aroma and low acidity makes it delicious with, for example, ravioli with fresh cheese and fig filling, prepared by the pretty cook Anna, my niece. Yummy!   And the choice of wine – white, red, sweet or tingling. Fits any time of day and any occasion. And with such a good wine, it’s not difficult to finish a bottle at one sitting!

The National Institute of Geophysics and Volcanology in Catania is a governmental geoscientific research institution in Italy with its headquarters in Rome. About 200 scientists observe the volcano in all its movements around the clock, they are constantly outside, installing and maintaining measuring probes and instruments and transmitting data to Catania, where they are then evaluated.   One focus of their work is the use of geothermal energy, which is formed around Mount Etna. Within the EU, Italy is in first place with a share of more than 20% geothermal energy in the total renewable primary energy production and in Europe it is number three after Iceland and Turkey. Italian geothermal technologies are in demand worldwide. The Italian electricity supplier Enel Green Energy plans to invest around €600 million in the expansion of geothermal energy by 2022. 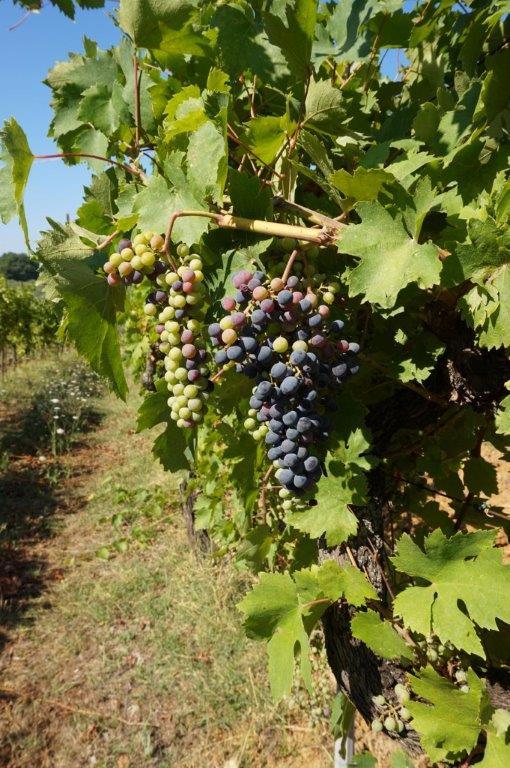 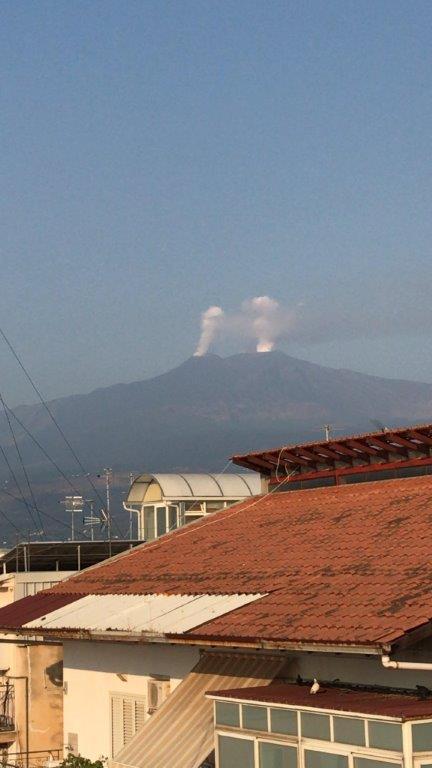 Mount Etna became a World Heritage site in 2013. With a long history of influence on volcanology, geology and other disciplines of earth sciences, its fame, its scientific relevance, its cultural and educational values are considered a world heritage and UNESCO decided it important to protect this area.

Apart from the researchers who have been analysing and observing Etna for centuries, the volcano is also a fascinating holiday destination for tourists and reason enough to visit Sicily and the beautiful province of Catania. Centuries of eruptions have transformed the surrounding landscape and flora and fauna typical of Sicily into a lunar-like area, the Etna Nature Reserve. The park and the volcano can be visited along the numerous paths that are open to all visitors. The volcano also offers various craters at different heights, caused by occasional eruptions. These are open to visitors and researchers, who can experience impressive guided tours accompanied by specialists. 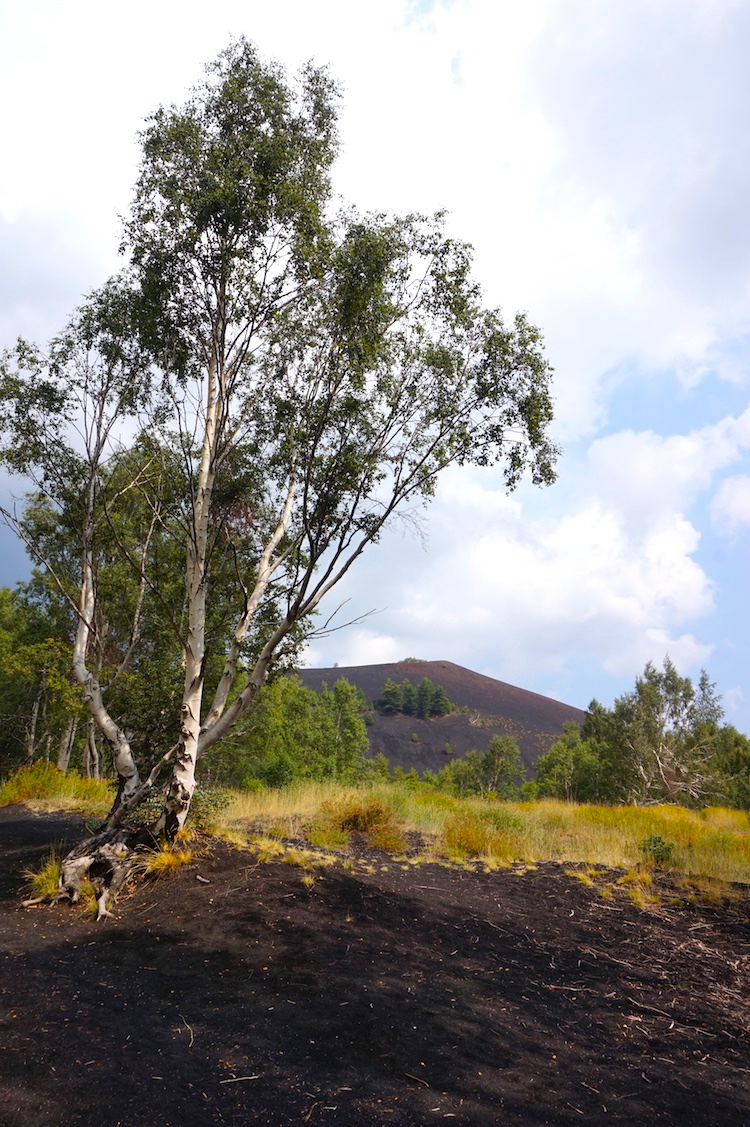 Etna is an important destination for all those who visit the island, and not only in summer: in winter, when the snow covers the whole area, Etna becomes a popular ski resort with modern facilities. Mount Etna is also the southernmost ski resort in Europe, the infrastructure is well developed and access to the volcano is relatively easy. On the northern side of Mount Etna there is a ski area with chair lifts.

Whatever you decide to do, we know that you will enjoy your visit to this magical mountain.