The tragedy that struck on the Promenade des Anglais exactly one year ago, has made Nice only more determined than ever to value freedom

The world as Nice knew it changed drastically on July 14 last year when a heinous terrorist attack on the Promenade des Anglais took 86 innocent lives and left countless physically and psychologically hurt victims in its wake. The outer signs of that change are visible for all: Security has been stepped up everywhere. The Prom’ has undergone major construction work and safety retrofitting to prevent another kamikaze driver, and the sight of groups of four soldiers armed to the teeth patrolling town has become the new normal.

This 14th of July, the French national holiday, will be very different from any before. In Nice, the annual fireworks give way to an all-day memorial ceremony in honour of the victims, their families, and those who stepped up to the task to help in the aftermath. To send a signal of universal hope, of freedom, the symbol of the Tree of Liberty will be the red thread that runs through the day. All events are public, and Niçois and tourists alike are invited and encouraged to participate. 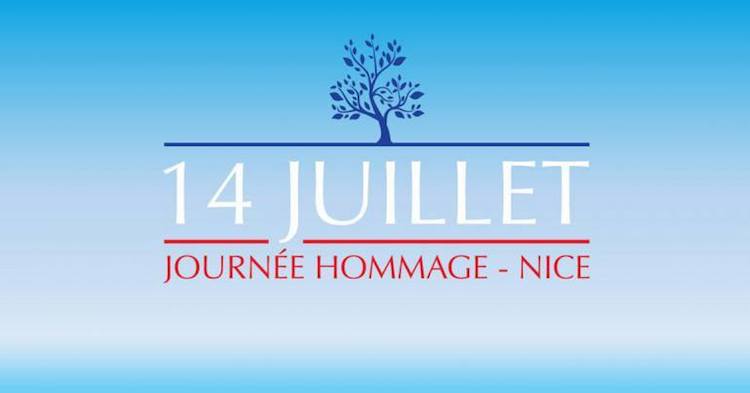 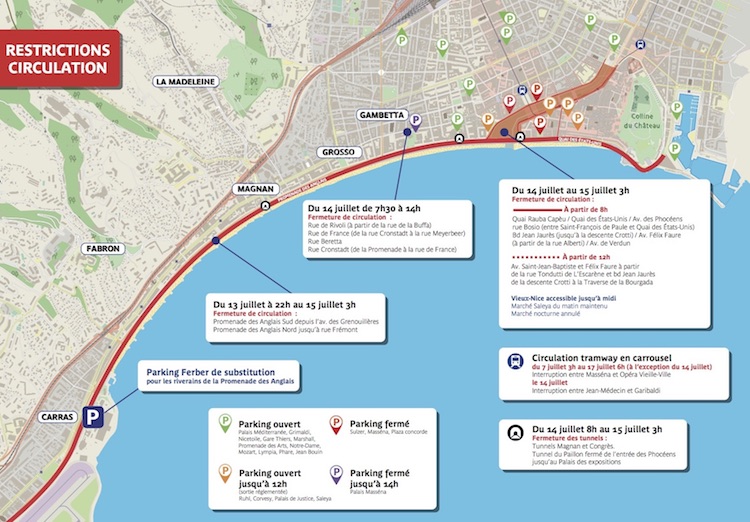 The day’s programme in detail:

Near Quai des Etats-Unis, volunteers distribute 12,000 blue, white and red plaques to the public, which the Niçois and visitors area asked to deposit in specific places to form a 170 metre long message, chosen by the victims’ families, which will be revealed by aerial view at 20h00. The public can leave its own messages and thoughts in a Golden Book.

French President Emmanuel Macron, Mayor Christian Estrosi, city representatives and guests of honour including victims’ families will watch the parade of French terrestrial and air forces on place Masséna, while the public can follow it from bleachers installed for the occasion on avenue Felix Faure and avenue Verdun.

Immediately after the military parade, the City of Nice honours those who lost their lives or health through addresses, eye witness accounts, and a gesture of homage, musically accompanied by musicians of the Opera, and followed by a minute of silence. This event is also projected live on a giant screen inside Promenade du Paillon (Coulée Verte).

Eight artists read texts by authors who were born in Nice or had a connection to the city, and whose work pays tribute to Nissa la Bella. This is followed by a concert of the Nice Philharmonic Orchestra and the Choir of the Opéra de Nice. A minute of silence at 22h34 marks the precise minute when terror struck one year earlier. Thereafter, the Promenade des Anglais will be bathed in light, and singer Calogero performs his song “Les Feux d’artifices” (Fireworks), per the families’ request.

Other venues and events around Nice pay homage in their own individual way. One particularly noteworthy gesture on that same day: the unveiling of an ex-voto on the massive winged entrance doors of St. Pierre d’Arène, the church in whose parish the attack happened. Nine local artists have contributed to the permanent memorial and its appeal to unity, including sculptors Michel Anthony (see lead image), Jean Marie Fondacaro, Patrick Moya, Patrick Schumacher, and painters Svetà Marlier, Louis Dollé, Jean Paul Fouques, Jean-François Gaulthier, and Yves-Marie Lequin. A spiritual concert opens the unveiling ceremony on July 14 at 22h30, followed by an interreligious service at 23h00.

Many artists have contributed in their own way to the long and painful process of healing. One special tribute came all the way from the United States, in the form of a song that eye witness Maciej Czarnecki – who barely escaped with his own life – had written and performed in honour of the victims… 84 Flowers (written before the final tally of 86 had been announced) is dedicated to the innocent lives lost on the Promenade des Anglais on that fateful night, but also to all the lives lost in brutal, senseless attacks the world over. Like virtually all artists who honour the tragedy through their work, he has pledged a generous percentage of the proceeds to the victims… and to this day, there are many who are struggling not only with the physical, psychological and mental trauma but also with immense bills.

Another artist from a faraway place has started what he hopes to turn in an annual tradition: After last year’s events, sidewalk artist and poet Victor Fraser from Toronto, Canada left three colourful messages of Love, Tolerance, and Peace along the Prom’, and he is back this year, renewing his work. He also recently stopped over in Manchester to help bring joy back to the grieving city. He reaches deep into his own pockets to finance his ephemeral installations but he is more than happy to do it to do his share. 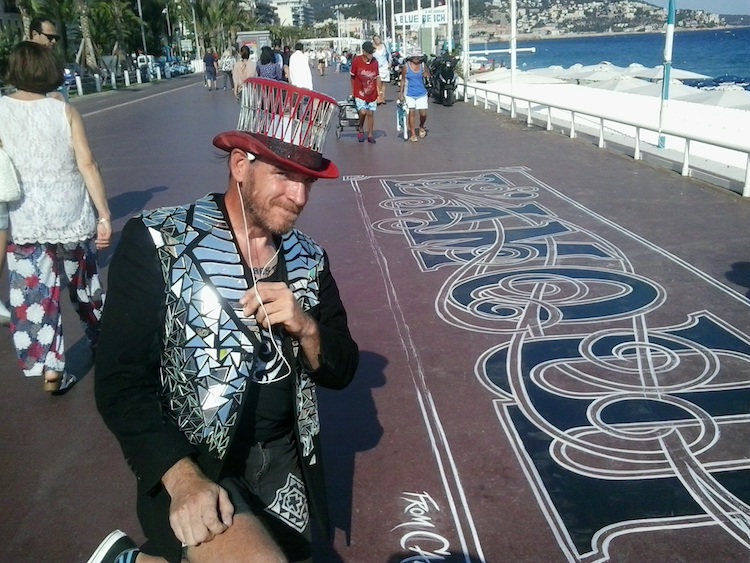 People are mortal but hope lives on and never dies, that is the shared message, be it in the city’s homage, in the ex-voto works, or in all the musical and artistic tributes that will resonate long after the last gunshot has rung out….