Les Ballets de Monte-Carlo have a spectacular evening of contemporary dance lined up this month, with works by two highly acclaimed Belgian choreographers.

Both works, Massâcre by Jeroen Verbruggen and Sidi Larbi Cherkaoui’s Memento Mori, have been created specially for Ballets de Monte-Carlo, and these performances mark their world premiere performances.

It was 2001 when Jeroen Verbruggen won his first award for a solo which he choreographed himself, and performed at the Eurovision Young Dancers competition in London. In the same year he joined the Royal Ballet Flanders, before moving on to Ballet d’Europe in Marseille. In 2004 he became a member of Ballets de Monte-Carlo, where he spent the next ten years familiarising himself with the work of choreographers such as Jan Fabre, George Balanchine, Maurice Béjart, Jiri Kylian, William Forsythe, Sidi Larbi Cherkaoui, Marco Goecke, Ina Christel Johannessen and the company’s choreographer and director, Jean-Christophe Maillot. In 2014 Verbruggen decided to devote himself completely to choreography, and since then has produced a steady stream of creations for a number of European ballet companies.

Stravinsky’s The Rite of Spring is the score which Jeroen Verbruggen has chosen for Massâcre – a composition which has always held a fascination for him, and should give us a clear indication of the mood to expect. Stravinsky’s highly controversial work for Nijinksy’s ballet – written for the 1913 Paris season of Diaghilev’s Ballets Russes – caused a riot at the premiere, and the fact that this piece of music still has the power to elicit strong emotions even today says much about the power of the score. Verbruggen hasn’t selected an orchestral version of Stravinsky’s work for Massâcre, but – because it struck him as “resolutely jazzy in style” – he’s instead gone for a performance by American jazz trio, The Bad Plus, which he believes to be most appropriate for his ballet. “By splitting the two parts of the music and dividing them up between the male dancers and female dancers,” he explains, “I wanted to trigger the feelings of violence, passion and desire that inhabit them. That’s what The Rite of Spring is about, after all.” 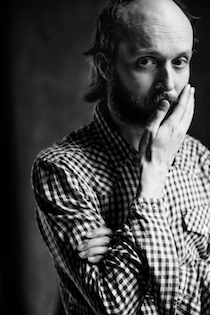 For Sidi Larbi Cherkaoui, winning the Best Young Choreographer trophy at the Monaco Dance Forum’s Nijinsky awards ceremony in 2002 was just the start of a remarkable career. He has an impressive list of achievements to his name, and among his many plaudits are his two Olivier Awards – in 2011 and 2014, recognition by UNESCO in 2011 when he was named ‘Young Artist for Intercultural Dialogue between Arab and Western Worlds’, his acclaimed choreography for Joe Wright’s 2012 film Anna Karenina, his appointment as artistic director of the Royal Ballet Flanders in 2015, and in 2016 an honorary doctorate from the University of Antwerp for his acclaimed body of works, a number of which have been created for Ballets de Monte-Carlo. Like Jeroen Verbruggen, he and the company enjoy a close and happy working relationship.

Memento Mori – the Cherkaoui work being premiered this month – is the third part of a trilogy which he created for Ballets de Monte-Carlo. The first was a work entitled In Memoriam – presented in two parts – in which he explored how ancestors live on in the lives of their descendants. It was followed by Mea Culpa in which he explores the negative legacies which can be left by ancestors, and Memento Mori – based on the ancient Latin expression which translates as “remember you must die” – deals with the question of how life is influenced by the awareness of death, and what one leaves behind as a legacy. If the video clips of In Memoriam are anything to go by, Memento Mori should be a fascinating experience.

Prior to the performances on 20th, 21st and 22nd July, Laura Capelle, dance critic of the Financial Times hosts a series of pre-talks with Jeroen Verbruggen, to which admission is free upon presentation of a performance ticket.

In the following stores:
Fnac and Carrefour