An eye witness to the Nice terrorist attack of July 14, 2016, Polish-American musician faSade has more than just a powerful song to share.

Almost six months have gone by since the horrific Niçois Bastille Day terrorist attack. Nice is a resilient city and life has struggled back to its feet. Visitors from all over the world are returning, and the famous Promenade des Anglais is gradually changing its face as it is being secured. And ever since that fateful day, tributes are pouring in from all over the world to honour the lives so brutally cut short. Among those artists paying homage: faSade, a Polish-American singer who was an eye witness to the attack. 84 Flowers is a beautiful, poignant song, begging for an answer to everyone’s burning question, “Why?” But what makes this musical memorial truly special is the artist’s personal story.

Born and raised in Gdansk, Poland, Maciej Czarnecki was just 17 years old when communism in Eastern Europe was on the brink of collapsing in 1989. Confronted with a very uncertain future, his father, an officer on a Polish commercial ship, and his mother, an office worker, packed up their only son and fled to the United States as political refugees. With no money and very little English language skills, the family faced a rough start in Boston. But they understood the unique opportunity life had presented them with, and what they lacked in assets, they made up in determination. “We overcame obstacles as a family. Integration is the key to success,” he states with conviction. On his first day in high school, Maciej thought to himself, “How am I ever going to pass this class?” – but pass he did, and in fact so well that he earned a full scholarship to prestigious Boston University, studying economics and international relations.

Studies out of the way, Maciej traveled to his native land to experience it from an adult perspective, to see what the “new” Poland was like. Upon his return to the States with his new bride whom he had met in Poland, he started a job in 1997 with a major financial institution, handling international relations with Europe and steadily working his way up the corporate ladder to VP level. 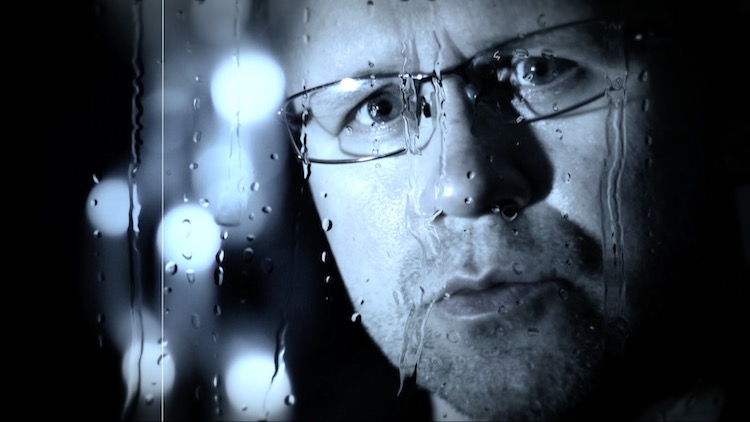 It was the quintessential “modest immigrant made good” success story, based on hard work and the willingness to adapt to his new homeland. Maciej was happy with his life. He and his wife had bought a house and welcomed a daughter, he loved his job, and in his spare time, he pursued his hobby of making music. He plays the piano and the guitar but his real love is electronic music because it allows him to shape sounds and create complex arrangements. He started writing lyrics and – an avid, attentive listener – found his material in the stories people told him. And it wouldn’t take long until he also began to sing. “Artists can create a unique connection with the audience because they can touch them, they can appeal to their hearts and minds”, he says.

Then 2016 dawned. In March, he lost his job due to the ongoing economic crisis, along with scores of other colleagues at that financial institution he had served for 19 years. He was sad that a much-loved chapter had ended but he also understood that another one of life’s unique opportunities had just presented itself to him and he was ready to step through the door that was opening up.

One of the things he had always wanted to do was to study French. And with the blessing of his family, he set off on a trip from Boston to Nice in early July 2016 to take a two-week language class.

He fell in love with Nice and its people right away. “It is such a beautiful, vibrant city,” he tells us. On July 14, with only one more day to go to finish the course, his classmates and he decided to join the Bastille Day festivities on the Promenade des Anglais. He was impressed by the crowd, the happy faces, the festive atmosphere. There was palpable excitement in the air. “The soccer Euro championships had just finished without incident, and everyone was relieved. People were ready to exhale, to celebrate, to let their guard down.” 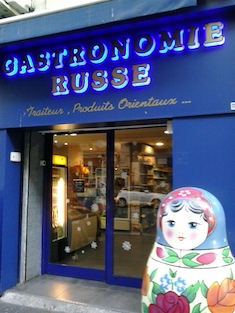 The fireworks had just finished that night, and Maciej and his buddy went off to find a store to buy a celebratory drink. They turned from the Promenade onto boulevard Gambetta and, mere steps away from the main drag, found a small shop carrying Eastern European goods. He bought a beer and was delighted at the opportunity to chat in Russian with the storekeeper. Little did he know that that small civility, those couple of minutes, would save his life, and that of his friend.

They had just returned to the Promenade, weaving their way through the crowds, when they heard the noise. A white, 20 ton truck came barreling down the street, running over everyone in its way.

Trying to make sense of the confusion and commotion, he saw blank terror in people’s eyes, and he heard the gruesome sound of people being hit by the truck. He knew instinctively, “This is it, this is not a movie, this is the real thing, a terrorist attack.” His voice still chokes up today in raw emotion as he remembers those moments. His friend in tow, he started running for his life, trying to find a safe and secure spot in one of the side streets, but the thought of a Paris-style organized terror attack all over town crossed his mind. And it dawned on him that, had he and his friend not spent a couple of minutes earlier away from the Prom looking for a store, they would almost certainly have been in harm’s way…..

On Saturday, two days after the attack, the police had completed its grim work and people were allowed back on the Promenade. There were still chalk markers and blood stains all over the 2.5 kilometre stretch between the Lenval hospital and the Casino Ruhl – from one end of the carnage to the other – and wherever someone had lost their life, the Niçois had laid flowers. Soon the iconic Promenade had turned into a sea of flowers…. a brutal display of just how many people had been killed, but also a way of trying to cope with the incomprehensible. A video Maciej made, starting with the happy atmosphere that reigned before the horrific attack, shows the catastrophic aftermath two days later.

Those flowers were what sparked the desire in Maciej to pay tribute in his own way, as a way of giving back to Nice, the beautiful city that had welcomed him so cordially. And it was where the idea for his song 84 Flowers was conceived. 84, because that was the initial number of victims for several weeks until two more succumbed to injuries sustained in the attack, bringing the toll to 86…. but it’s not the number that counts here. Those two “missing” from the count are included in the spirit of the song, just like any other terrorist victim anywhere in the world – Paris, Brussels, Boston, Aleppo, Istanbul, Berlin…..

But those flowers, and the realization how very lucky he had been to escape the attack by sheer coincidence, also sparked another desire: to finally dedicate all his energy to his dream, and launch his career as an alternative electronic musician under the name faSade. Prior to 84 Flowers, he released his first album titled Behind the faSade on September 30. His songs capture the intensity of human emotions and frame them in raw electronic arrangements. While faSade uses the vocabulary of modern electronic music, with complex arrangements and edgy instrumentation and rhythms, it is solid song craft with melodies and captivating lyrics that form the foundation. With emotionally charged vocal delivery, he takes his listeners on a journey to expose and experience the intensity of desire, pain, joy and heartbreak that rage behind the protective walls that we build around us. 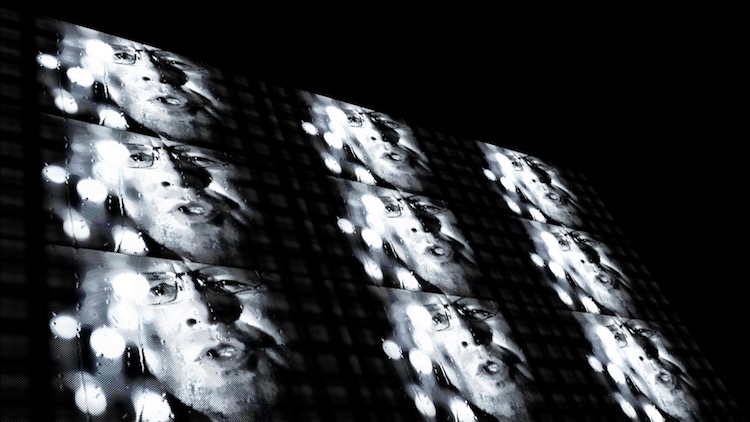 Maciej is, however, not only a talented musician but also a critical voice. His song Love Combatant, a single and a music video from his first album, juxtaposes quotes from Donald Trump’s speeches and interviews with dramatic images of historical events that resulted from dangerous rhetoric and ideologies similar to those adopted by Donald Trump…. A clear warning from one who grew up under an oppressive political regime and then had the chance to live in a system that offered him freedom and the opportunity to succeed.

“I can relate to the challenges and complexities of being an immigrant through my own personal history. So it is a complete shock to me that something as horrific as this terrorist attack – and others all over the world – are committed by perpetrators who initially come to a country in quest of a better life. For the most part they are well-received and do have opportunities, but it is up to them to accept those,” the erstwhile young political refugee muses. 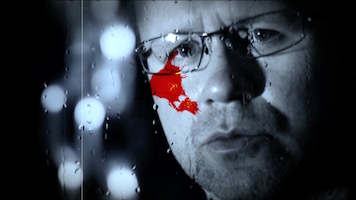 His hope is that through his music he can help the Niçois, and others, come to grips with what happened. “And in a way, 84 Flowers is also a way of processing those images in my mind for myself, they still haunt me, and will do so for a long time. But I hope to come back to Nice one day with my family. In the meantime, I have pledged 20% of the proceeds of 84 Flowers to the French “Victims of Terrorism Fund” (Association Française des Victimes du Terrorisme).”

A gracious gesture from a talented artist, and another stone in the bridge the Niçois are constructing day after day to get on the other side of the horror they individually and collectively experienced. On behalf of the victims, their families and friends, and the local people, a heartfelt Merci, faSade! Please come back soon to see our – and now also your! – city rising from the ashes through the generous gift of art that people like you contribute.

84 faces, Thursday night in July
Watching flowers of fire sprouting in the sky
84 faces so alive in the night
They won’t be recognized until Sunday night

84 faces, he wanted them modestly covered
He veiled them with his truck, turned into cadavers
84 times he aimed and accelerated
His engine fueled with radical hatred