The Palais de la Préfecture in Nice, also known as the Palais des Rois Sardes, is to open its doors to the public as of January 2013.

Situated between rue de la Préfecture and rue Alexandre Mari in Vieux Nice, stands the architectural gem known as Palais des Rois Sardes, home to the prefecture of the Alpes-Maritimes. They, in conjunction with the city fathers in Ville de Nice, have decided to open the doors of this magnificent establishment to the public as of this coming January.

The palace, now classified as an historic monument, has a long and varied history, stretching back to 1613, the year that construction works were completed and the building was inaugurated by Charles Emmanuel I. The list of names associated with the palace reads like a who’s who of European nobility and royalty. Almost all of the Dukes of Savoy and Kings of Sardinia resided here during their stays in Nice, occupying the “noble floor”. Charles Emmanuel II was a guest in 1666, as was his son, Victor Amadeus II, future King of Sicily, in 1689. The Empress of Russia and several princes dined there whilst wintering in Nice. With such an influx, Nice became known as the monarchical and aristocratic capital of Europe. 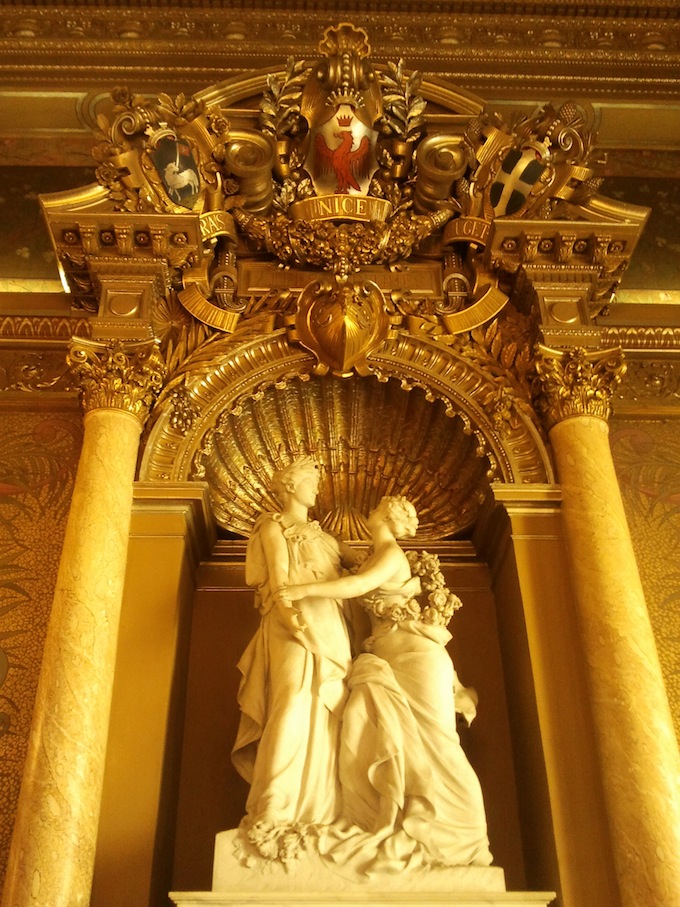 After the Treaty of Turin, on the 14th of June, 1860, the palace was formally handed over to the Emperor, Napoleon III. Due to the now frequent visits of many heads of state, further refurbishment works were undertaken to ensure the palace was a venue befitting the calibre of guest. It has been the seat of residence of the Prefect since 1982, with private apartments on the second floor and reception rooms on the first.

In December 2000, the palace also welcomed the Heads of State and Government and the authorities of the European Union for the EU Summit. In February 2001, the now famous Treaty of Nice was held in the large dining room, attended by the Ministers of Foreign Affairs in the presence of the President of the Republic, M. Jacques Chirac, and the French Prime Minister, M. Lionel Jospin.

We highly recommend that you visit the Palace when in Nice, just to experience and savour the Belle Époque for yourself: the grandeur of the dining rooms, the Jules Chéret gallery and the Winter Garden, to name but a few of the attractions. Guided tours will be available every Tuesday, and you do need to reserve your place for these visits by contacting the Centre du Patrimoine de la Ville de Nice on 04 92 00 41 90.