Between the coastal towns and the picturesque pre-Provençal hills, local museums offer a delightful mix of world class expos and accessible “fun” shows

Social media influencers know it – museums are trendy. Yesteryear’s uninspiring display cases have made room for stylish scenography and exciting hands-on experiences. If you are on the Côte d’Azur over the summer, you are in luck – this year offers a particularly good crop of special exhibitions. Some are discoveries off the beaten path, others are likely to be packed, but all are exceptional. This two-part feature presents the RIVIERA BUZZ favorite picks in geographical order, starting at the French-Italian border and working our way down the coast. 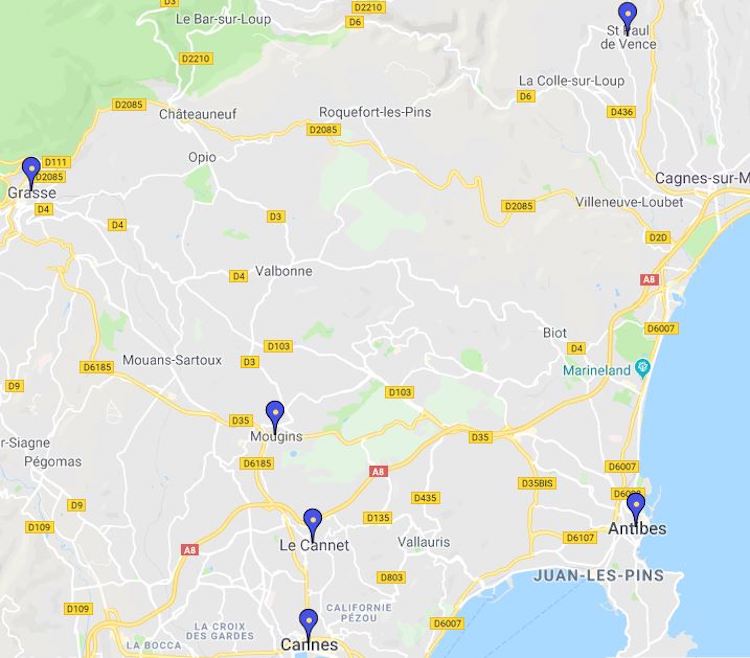 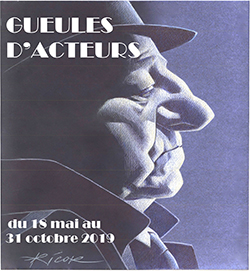 Museums don’t always have to be high-brow, they can also be quite entertaining. This small and easily overlooked museum in the heart of Antibes, a stone’s throw away from its much better known peer dedicated to Picasso, has the byname “Museum of Humourous Design”, and it lives up to it.

Internationally renowned Belgian sculptor William Sweetlove is a longtime advocate for sustainability and the environment, and it shows in his larger-than-life-size work which is currently on display around Antibes Juan-les-Pins. Apparently his message, regardless of its playful packaging, is not to everyone’s liking though: three of the artist’s ten outdoor sculptures were vandalized just prior to the vernissage in early July, some being kicked over, others being stripped of parts.

Now safely “behind bars”, the ménagerie of dogs, bunnies, crocodiles, and a bear can be admired across town on their mission to raise awareness of crucial issues of our times in a fun and engaging way. They are made of resin, an indestructible material which in itself poses the philosophical question whether its use is environmental friendly (as it does not create waste) or not (as it does not break down biologically.)

For more information and location, see this brochure

For her first museum exhibition, New York photographer and globetrotter Wylda Bayrón is posing her bags in Cannes. Her previously unpublished series of 39 photographs entitled “Heroes and Spirits of New Guinea” is a vibrant tribute to the peoples of Papua New Guinea and their highly refined costumes and ornaments, called bilas or “decoration” and worn during traditional celebrations and ceremonies. The show is complemented by a selection of Melanesian artwork and ancient ethnographic objects from French and foreign collections.

This summer, Cannes is paying tribute to one of the most important artists of the 20th century, Niki de Saint Phalle, in not just one but two venues: L’ombre et la lumière is presented in parallel at the Centre d’Art la Malmaison and at Villa Domergue.

Popular and disturbing, sculptor, painter, visual artist and filmmaker, Niki de Saint Phalle has created iconic works that have left their mark on the general public but also on a young generation of artists who still claim to be part of her heritage. 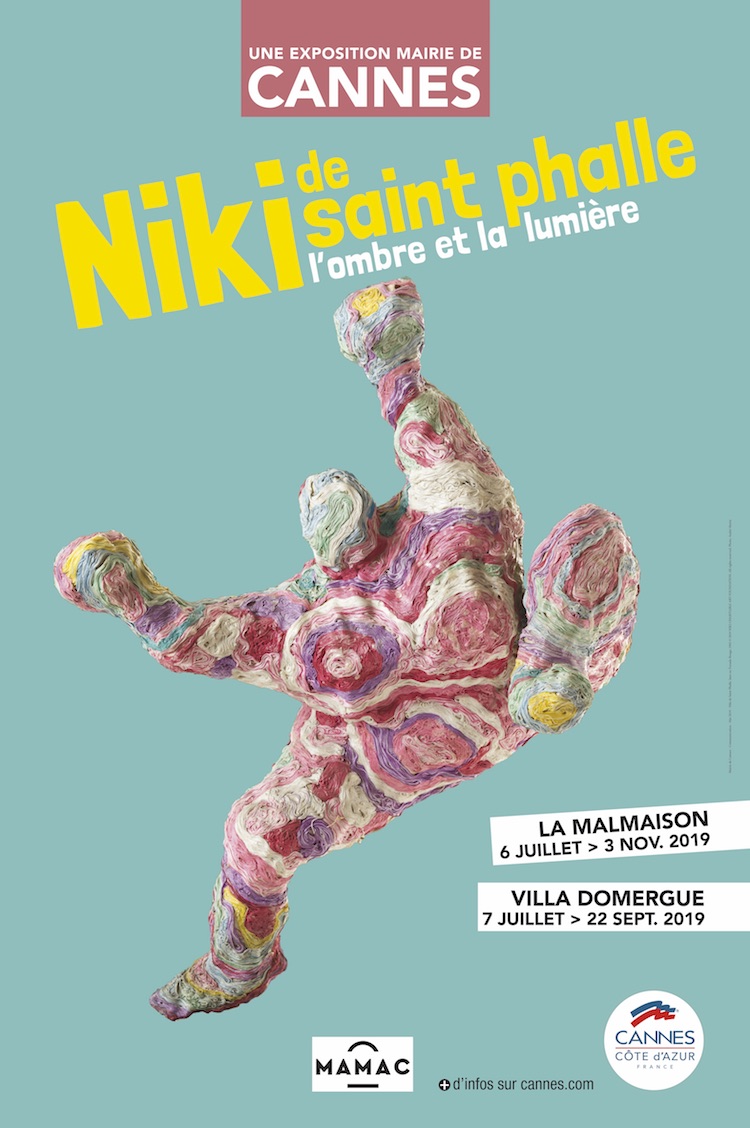 This exhibition shows the poetic power of the artist’s work with Cannes as a backdrop: its light and beauty but also its madness and excesses. A town and an artist both shaped by contradictions… All aspects and periods of her work are exhibited through 80 works from public collections, numerous private collections and the Niki Charitable Art Foundation. The masterpieces presented include paintings from the artist’s early career, her last sculptures, collages, and the first Nanas.

Click here for further details on this and all of Cannes’ other summer events, as well as visitor information

One of France’s most famous and mysterious prisoners, the Man in the Iron Mask, was locked up on the outlying island of Sainte Marguerite, just off of Cannes. A visit to the place where he was held from 1687 to 1698 is a fascinating trip back in history as the exhibit seeks to lift the veil on the true identity of this mythical figure. See our recent article for a detailed review of the expo, along with visitor information.

Le Cannet – One of the Riviera’s Best Kept Secrets

This exhibition isn’t as highly publicized as some of its peers but fine art lovers with an interest in late 19th to mid 20th century painting are spoilt for choice at this rare display of one of the world’s most prestigious private collections, Nahmad. 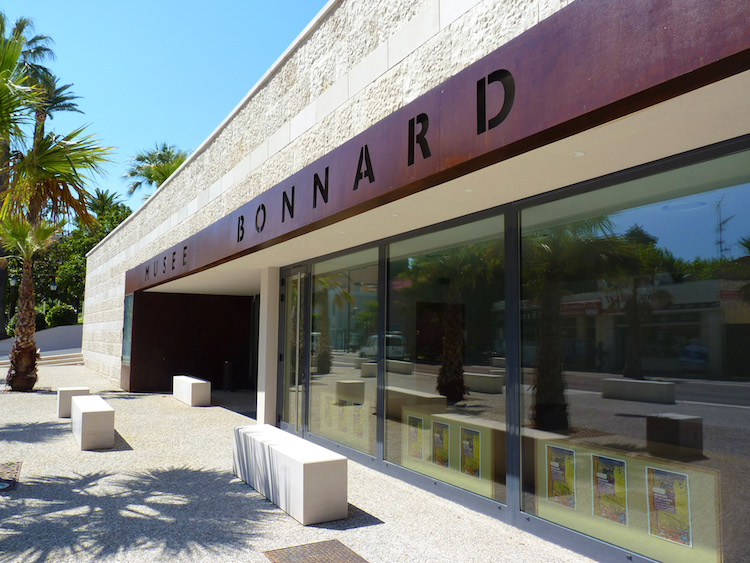 The greatest names in modern art are gathered here, from the masters of pre-impressionism and Impressionism (Boudin, Monet, Renoir, Sisley, Degas, Zandomeneghi) to post-impressionists like Picasso, and on to Bonnard, Redon, Toulouse-Lautrec, Marquet, Dufy, Braque, Gris, and the École de Paris represented by Modigliani, Kisling, and Pascin. The 40 works specially selected for the Bonnard Museum highlight the connection between the artistic currents of different periods, while illustrating the contribution of each of these artists to the history of art. To quote their owner David Nahmad, “No work of art belongs to us. All of them belong to history.”

The Musée des Arts Classiques is often dubbed “Little Louvre”, and rightfully so, but being tucked away in the small town of Mougins it doesn’t get as much traffic as it deserves. The upside to this is that you can contemplate this year’s exquisite summer exhibit without throngs of visitors blocking your view. And the paintings by Raoul Dufy, the artist from Le Havre who fell madly in love with the French Riviera, are well worth it. “My eyes were made to erase all that is ugly,” he once said, and it shows throughout the body of his work. 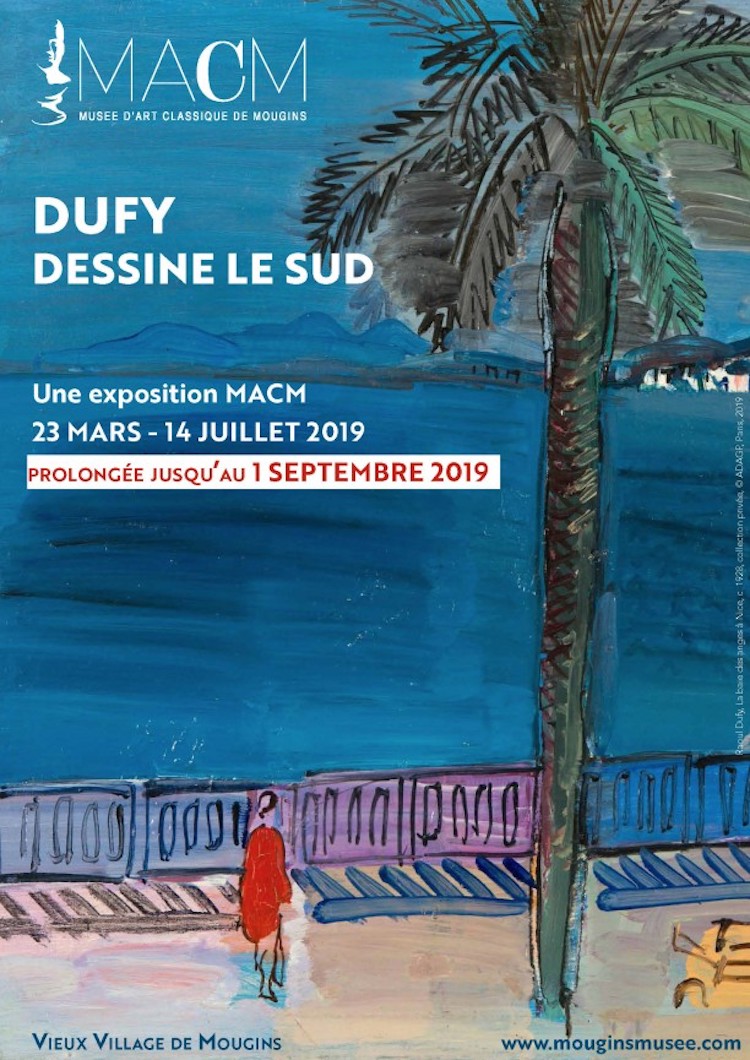 Often referred to as ‘the painter of joy’ or ‘the painter of the sea’, Dufy depicted the South of France numerous times, capturing its landscapes, traditions and festivities, and instilling with a sense of liveliness and happiness. His paintings are so vivid, you can almost touch the waves of the Mediterranean Sea, feel the wind in your hair, hear children laugh, and smell the flowers of Provence. This exposition transports the onlooker into the atmospheric representations of festivities and joie-de-vivre that the artist captured so well through the strokes of his pencil or paintbrush. A colourful celebration of life in this beautiful museum where antiquity and modernity meet and dance with each other.

Grasse – Smell the Roses and other Fine Scents

Isn’t it strange that one of France’s best known luxury products was named after a German city and created by an Italian perfume maker? In 1708, Giovanni Maria Farina wrote to his brother Jean Baptiste: “I have found a fragrance that reminds me of an Italian spring morning, of mountain daffodils and orange blossoms after the rain”. He named his fragrance Eau de Cologne, in honour of his new German hometown. And from then on the fragrance would be known by the name of the place it was manufactured, Glockengasse No. 4711. 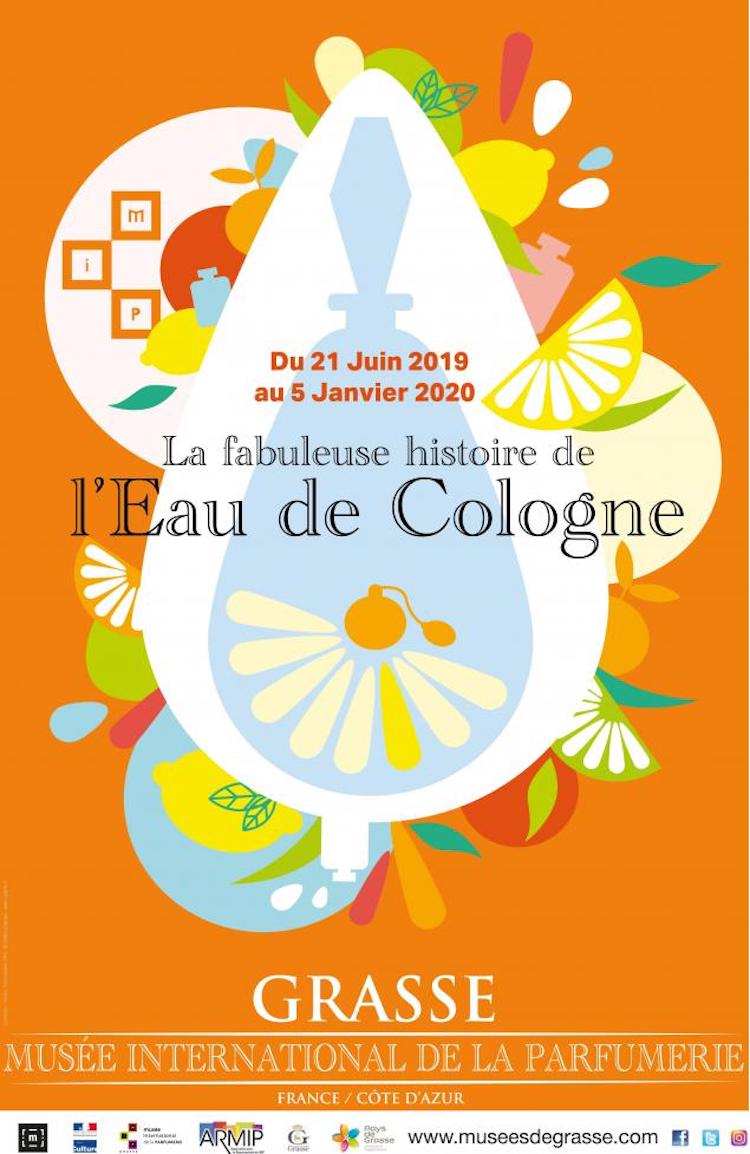 This year the Musée International de Parfum in Grasse hosts a summer exhibition devoted to Eau de Cologne which today is an essential part of perfumery, a real style exercise which all perfumers take on, adding their personal touch. Its hesperideous notes of citrus and rosemary make it refreshing, tonic, dynamic and light. An “egalitarian scent for the dandy, the aristocrat, the punk, the banker, the worker and the bourgeois alike”, it has no type and covers all social strata.

“The Fabulous History of Eau de Cologne was born of a dream of which I had not measured the scope of the work required…. Telling the story of Eau de Cologne is to combine story and history. The first invites emotion, the second facts. I decided to meet Jean Marie Farina, who invented Eau de Cologne in 1709. You will think I’m fantasizing, that I’m distorting the truth, but no. I was going to get acquainted with Jean-Marie Farina, whose name has been continued by the eldest of the family for three centuries….” — Jean-Claude Ellena, exhibition curator

The exhibition gives an important place to French and European (German, Italian, Spanish, English) perfumery houses … A rich collection of bottles, posters, soap boxes is presented in their historic and stylistic context. Interactive museum scenography puts the display into context and widens the narrative to include all five senses: videos, projections, interactive terminals, olfactory and tactile points. A special trail using specially designed equipment is available for visually impaired persons.

If there is no shortage of remarkable summer exhibitions on the Riviera this year, “Joan Miró: Beyond Painting” is certainly one of the undisputed highlights. This year, the legendary Maeght Foundation features Joan Miró, one of the driving forces in the foundation’s creation alongside Marguerite and Aimé Maeght and their architect friend Josep Lluís Sert.

The exhibition gives visitors the opportunity to discover an essential aspect of the artist: his exceptional graphic work. It focuses on the work process of an artist who produced one of the most remarkable bodies of printed work in the history of art. The show presents over 200 works, including a number of never-before-seen gouaches. Artist’s proofs, posters, prints, original lithographs, printing plates, final proofs and rare books complete the exhibition and shed light on Miró’s prodigious creative work.

Born in 1893 in Barcelona and died in 1983 in Palma, Majorca, Joan Miró was one of the great 20th-century artists who revolutionized the codes of modern art. Throughout his life, the artist invented a dreamlike world to serve a vocabulary of forms applied to all the techniques he worked with. “I need a starting point,” explained Miró, “even if it is only a speck of dust or a beam of light. This form provides me with a series of things, each giving rise to the next. As such, a strand of thread can inspire a whole world.” 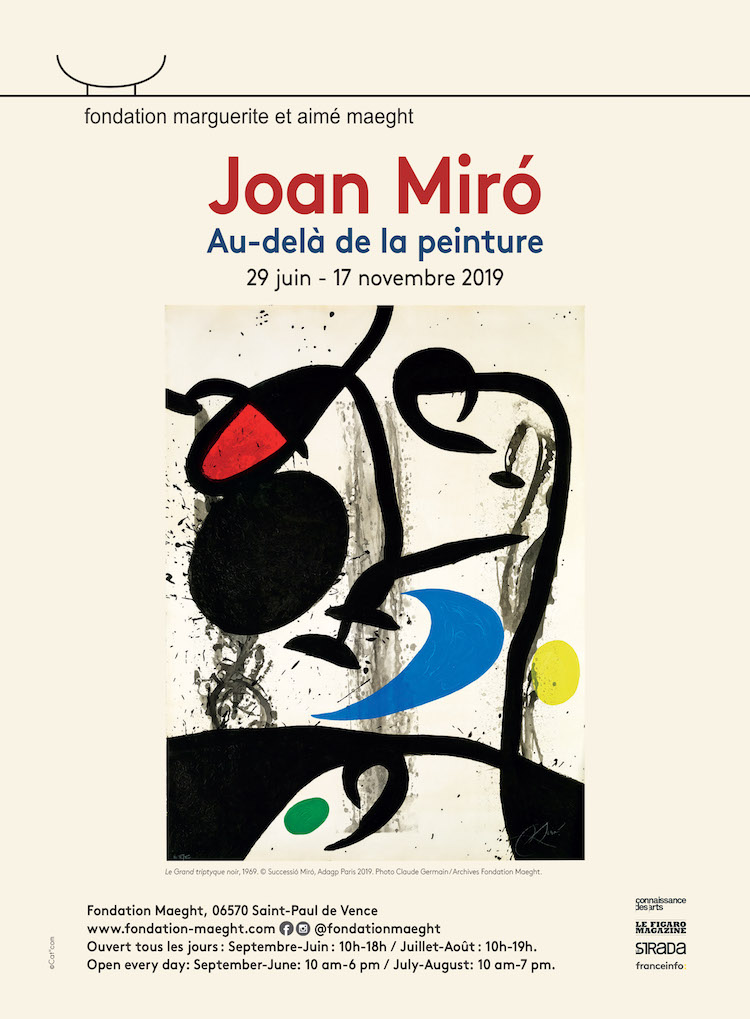 Should you read this on or before July 25, consider yourself fortunate: not only will you get to see the superb Miró exhibit but you can also attend the annual St. Paul de Vence Festival concert hosted by Fondation Maeght, which this year features Alexis Cardenas and the Recoveco ensemble. They will set the venue’s Miró Labyrinth on fire with the feverish rhythms of South American music, breaking the boundaries between classical, jazz, world music by strolling easily among these territories.

Flashback to Part 1 – The Eastern Route: Where the World Comes to Visit

The French-Italian border region has traditionally been a haven for travelers, artists and nobility from the four corners of the world. Read our first instalment to walk in their shoes via a number of top notch exhibitions from Tende via Bordighera, Menton, Monaco, and on to Nice.