Yes, visiting a museum or a gallery is very trendy; but what if it is too hot or too cold for a walk outside, if it’s raining cats and dogs, if you have a leg in plaster, no library, museum or gallery card or simply don’t want to leave the house?

If you have got a good internet connection, the world is at your fingertips. You could go for a virtual walk in a digital library… The Brooklyn Art Library is home to the Sketchbook Project, a collection of crowd-sourced sketchbooks that is, according to its staff, the largest in the world.

The artists whose sketches are featured in the collection come from the four corners of the globe: so far, more than a hundred countries are represented in the archive. While browsing a few of the books I found the sketchbook of Reinhard Gutzat whose ‘Bizarre Biology‘ grabbed my attention. Having already come across his art in New Mexico a year ago, I decided to take a closer look at him. 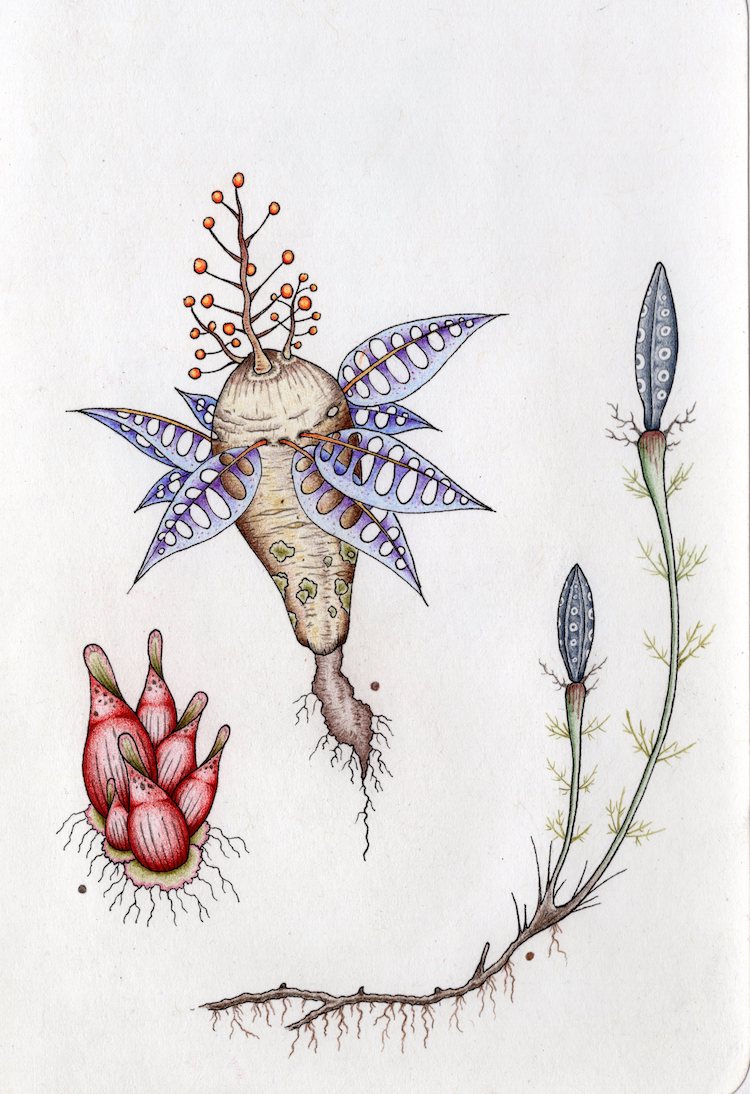 He tells us: ‘There is no revenue or income for the artists from participating in the Sketchbook Project. Rather, one takes part for the experience and potential for exposure as well as a chance of being, in some way, part of a larger artistic community or movement.’

Born in Tokyo, Japan, he was fortunate to have grown up in a multicultural, bilingual family as well as in an international setting. He has also lived in South Korea, Sweden, and the United States as his family moved from one country to another, experiencing other cultures, languages, arts, cuisines, customs, and traditions.

He studied at San Francisco State University (SFSU) and earned a Bachelor of Fine Arts degree, specialising in drawing and painting. He has exhibited in student shows at the Hagerstown Art Museum in Maryland, and in the Fine Arts Gallery at SFSU in San Francisco, California. His work has also been featured in the Old School Gallery and the Galleria Carnaval, both in Ramah, New Mexico (where I saw his art for the first time).

He sees art as visual language and adapts subject matter and style to express whichever theme he wishes to explore. The forces of nature, the dark and the light, have long fascinated him and have served as an inspiration in his work.

His current focus is on a series of illustrations of fictional animals, plants, sentient creatures and their cultures, or even scenes from a story “part of an ongoing larger project to create a kind of pictorial encyclopedia of a coherent fantasy world”. He thinks of it as visual world building, in which he combines a love of nature with his interest in science fiction and fantasy, mythology, and creative storytelling.

‘My ongoing project of “visual world building” is meant to be open ended and I can see it being a life-long endeavor. To me there is no set number of drawings I hope to finish for the project and it’s something I can go back to anytime I have an idea for it. Similarly I can take a break from it whenever I want to work on something that might not be directly related’, he tells us. ‘When exploring speculative biological life forms I try to ground my depiction of them in a sense of plausibility. My hope is to evoke the fantastical or make it alien while giving the impression that these beings could exist somewhere. I use reference images of real world plants and animals to study anatomy, coloring, patterning, etc. to inform the authenticity and evolution of my own biota. Depicting, and by extension exploring the world of my imagination, is my way of celebrating the diversity in nature and among cultures that has inspired me throughout my semi-nomadic lifestyle. By presenting my vision with care and attention to detail, I hope to intrigue as well as invite an appreciate of the natural world that inspires me.’ 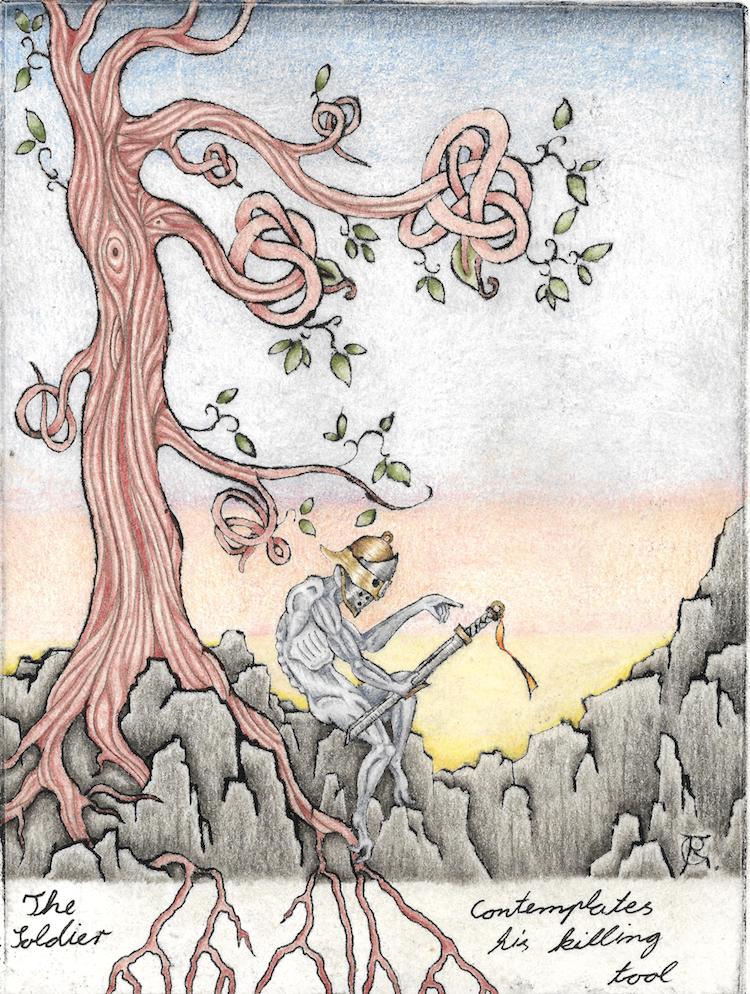 ‘I personally do scan high quality images of my completed sketchbook so that I can display them on other sites in case I want to sell prints or t-shirts of individual images. In the case of “Bizarre Biology” for instance I do intend to use some of the sketches later on to print a larger collection of fantastical wildlife in the form of a book once I’ve completed more work.’

A nice connection to fashion

The creative force that brings Reinhard to life draws energy and inspiration from a visionary approach that transgresses conventions. Why always wear a little black dress when he sees the unseen? The world needs fantasy, not reality, we already have enough reality today, Alexander McQueen used to say. How right he was.

Miuccia Prada says what reality is today: curated, engineered, anonymized, condensed and manipulated. How the boundaries of our perception increasingly merge and also what a tremendous challenge the individual is facing today, navigating between truth and ficton – wonderful, curious and admonishing at the same time, isn’t it? 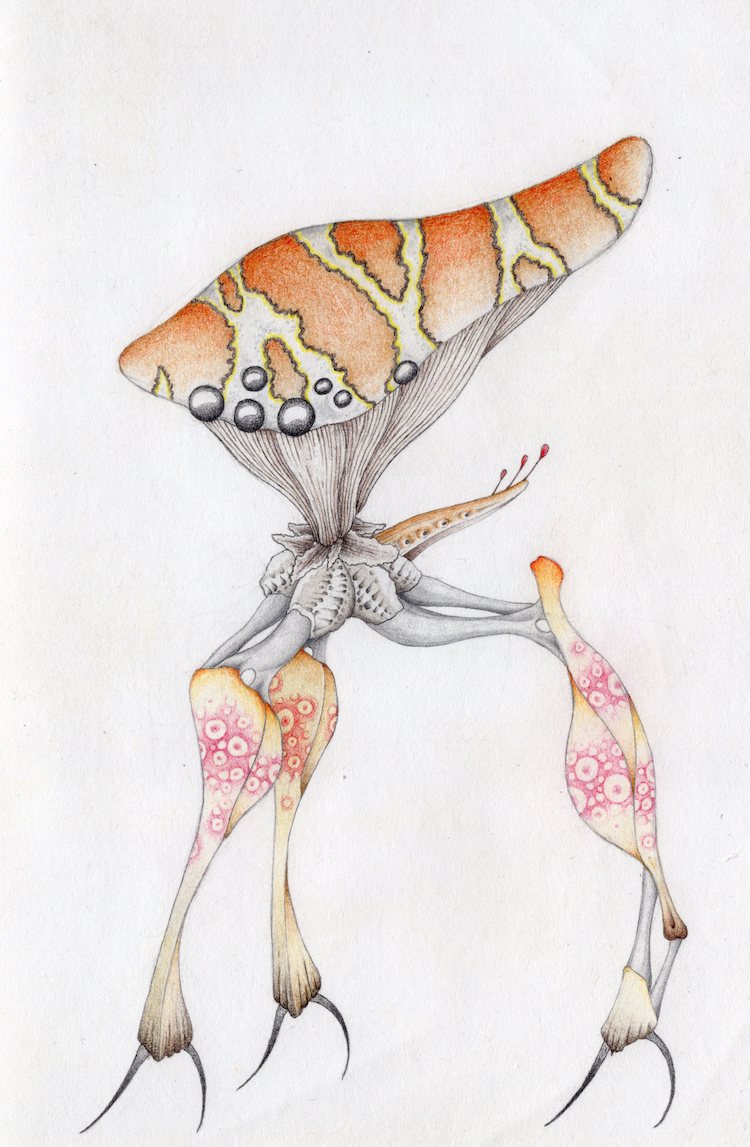 Dear Reinhard, I see you as a curator, an artist and an illustrator. You move feelings. The book, the T-shirt or the print are ‘only’ the end products. We wish you good luck with all your projects and thank you for the lovely conversation!

You are powerful; you carry the weight of the world in a light way. You love a bit of fun, and people can either take that or leave it.