After celebrating its legendary Film Festival’s 70th anniversary earlier this year, Hollywood-on-the-Med is still in a party mood. And what a lineup it has on tap! If the annual Été Á Cannes events series is already noteworthy in any given year, this edition kicks it up yet another notch. This summer is one big firework of cultural and artistic events – all in all, 8 festivals, 23 concerts, 5 circus shows, 4 dance shows, 10 exhibitions, and over 60 free animations … locals and visitors are spoilt for choice. And in typical Cannes style, every single one of them is gold standard.

At the halftime mark, there is still so much left to see and to do that it is utterly impossible to even attempt making recommendations. There is something for everyone – old favorites and new discoveries. So we will just limit ourselves to the absolute Must-Not-Miss-For-Anything events. 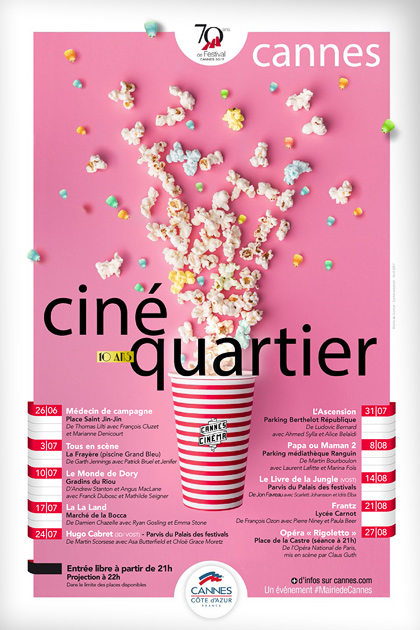 Cannes and cinema belong together like hand and glove, and cinema and music is another inseparable couple. Several ciné-concert events feature clips from cult movies and the most beautiful film scores across the decades. Movie buffs are in their element anyway with the annual Ciné Quartier open air screenings across town. From blockbusters like Martin Scorsese’s Hugo Cabret (VOST), to family-friendly comedies like Papa Et Maman 2, a sci-fi epic like Rogue One, A Star Wars Story (VOST) or the screening of an opera (Rigoletto), Cannes has you covered.

Le Must: Georges Méliès, Magicien du Cinéma. If there is one entirely unmissable cinema-themed event, it is the exhibition dedicated to Georges Méliès, prodigious and prolific artist of the earliest days of the Seventh Art. Presented as “Le Musée de l’Ephemère”, we are invited to take a peek into his fascinating world. A designer, painter, cartoonist, magician, theater director, writer, technician, and probably a dozen more things, Georges Méliès made more than 500 films between 1896 and 1912. He was also the first special effects creator who virtuously used the technology available to him then, from fireworks to optical effects, vertically and horizontally moving backdrops, cinematic superposition, cuts and colour effects…. With his keen sense of artistic and technical scenography, he forged the path for filmmakers and directors of generations to come. Through 25 August.

Music aficionados also have a rich smorgasbord to pick from. The Nuits Musicales du Suquet series in the delightful courtyard of the medieval Suquet fortress is ending soon. A quick jump forward, and 1,000 Choristes, accompanied by none lesser than Patrick Bruel, Patrick Fiori and Vincent Nicol, pay tribute to the Film Festival’s 70 year anniversary by interpreting the most beautiful movie tunes in history. Next stop, the roaring Fifties, brought back to life by Radio Modern… retro ambiance guaranteed. And an electro music festival – Les Plages Électroniques – catapults us straight on the dance floors of the 21st century and proves why Cannes is the Number One destination for that genre. 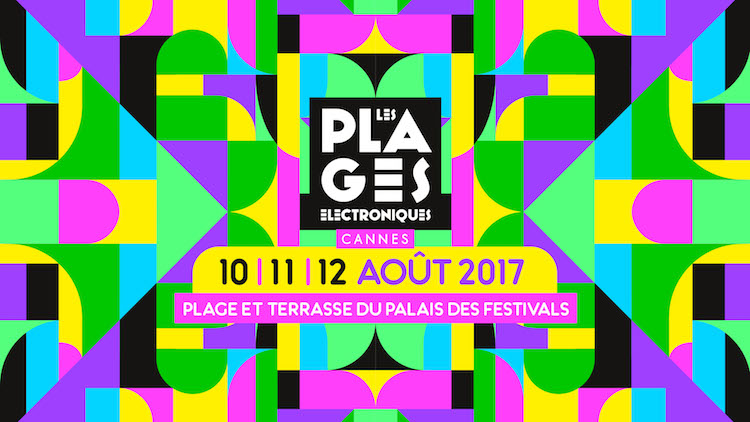 Here we cut straight to the chase because it is the only circus in the second half of the Été à Cannes extravaganza. But it is a Must anyway. A contemporary fast-paced circensic spectacle featuring breathtaking acrobatics and a good dose of humour to boot – welcome to Cirque Éloize Saloon, where the Wild West comes alive with a theatrical music-packed thrill ride, brought to you by 12 outstanding circus artists from Quebec!

Cannes goes not only to Mars but also to Russia, and it takes you along for the ride during the Festival de l’Art Russe from 23 to 27 August. Music, theatre, ballet, cinema, an expo…. You name it, it’s there. A deep, multifaceted immersion in a fascinating culture that seems so familiar and is yet so little known. Not directly a part of the Russian Art Festival, but complementing it nicely, is the exhibition about Russian avant-garde painter Paul Mansouroff.

Le Must: When Konstantin Ivanov directs Sergueï Prokofiev’s adaptation of William Shakespare’s Romeo and Juliet, you know you are in for a ballet performance fit for a king. No doubt whatsoever that this is one of the composer’s most beautiful scores, marked by an irresistible musical force and unforgettable themes such as the famous “Dance of the Knights”, and equally no doubt that this is also one of the absolute highlights of the Cannois summer. 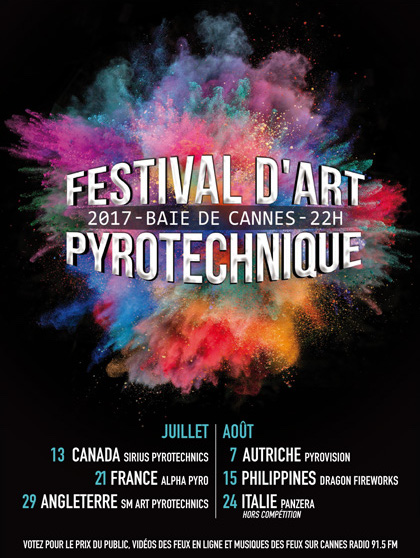 No Cannes summer is complete without an international pyrotechnics show. And not just a show… a real industry competition.

After Canada and France already showed off their best fireworks earlier in the summer, it is still England’s, Austria’s and the Philippines turn to compete for the official Vestale d’Argent jury award and the Public’s Favourite prize. (Italy is participating as well but not running in the competition.)

Did you know that these firework shows are painstakingly choreographed to soundtracks, hence their alternative name pyromusicals?

Le Must: Whichever nation your heart beats for.

Alongside countless smaller exhibitions, many of them movie-themed, four major ones are competing for attention, all very different, all absolutely spectacular. We already mentioned the Paul Mansouroff show earlier, as a companion to the Russian Art Festival. The other three big exhibitions are all Musts, no exception.

Le Must #1 – Yann Arthus-Bertrand, Le Patrimoine Mondial Vu Du Ciel. His breathtaking aerial shots are known all over the world. His TV documentaries have the audience glued to the box. Now Yann Arthus-Bertrand brings a part of his work to the Île St. Marguerite, one of the Lérins islands just minutes across from Cannes. The historic Musée de la Mer perfectly complements the stunning collection of some 40 shots of emblematic world heritage sites, all documenting the exceptional richness of our world. The Lérins islands ensemble is a UNESCO world heritage site candidate, and this exhibit contributes to making the public aware of what that means, and how important its preservation is. Runs through 29 October, free admission. 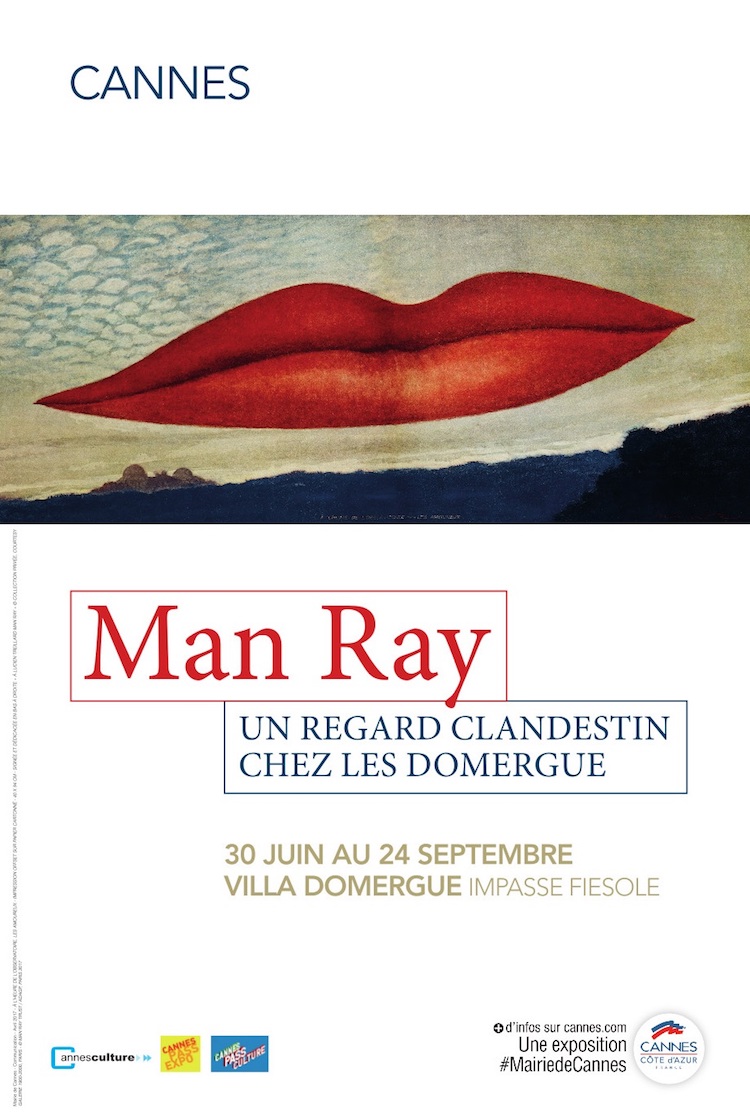 Le Must #2 – Man Ray, Un Regard Clandestin Chez Les Domergue. Set in the Venetian-style villa that French painter Jean-Gabriel Domergue designed and lived in, this expo is a fascinating comparison of two opposing worlds – the world of surrealism and Dadaism, represented by Man Ray, the American visual artist who spent most of his career in France, and that of Domergue himself, a contemporary of Ray’s, who specialized in more traditional decorative art. Runs through 24 September.

Le Must # 3 – Le Fabuleux Voyage du Chevalier Lycklama en Orient (1865-1868). An early 19th century “tourist” to the Middle East, young Dutch nobleman Tinco Lycklama explores Iran, Mesopotammia and the Levant for three years before he returns to Europe and settles down in Cannes. In honour of the 140th anniversary of the Castre Museum, this exhibition retraces Lycklama’s adventures. It recounts his fascination with the Qajar court, the souks of Bagdad, and newly discovered remnants of archeological ruins, but also the challenges experienced en route… endless lonely desert routes, slow mail, exuberant Oriental hospitality, political intrigues and an oppressive climate. On display also many of the invaluable treasures the adventurer brought back and later bequeathed the City of Cannes. Runs through 29 October.

There is so much more to discover and explore, a book would not be enough to describe everything. Excursions and guided walking tours to monuments like Fort Royal, or various districts of Cannes, readings, sports events, beach parties, the wonderfully crazy ARnimaTion show at the Suquet des Artistes… Take a look at the programme on the city’s website, and then have a grand Summer In Cannes.