Belonging to the Philippines, the Tubbataha reefs are a long way from Monaco – 11,000 miles as the crow flies. But to discover this dramatically beautiful UNESCO world heritage site, this paradise for divers, and this wildlife sanctuary, all you need to do is visit the Musée Océanographique where a current exhibit shows it off in all its splendor. The 21 underwater and topside photos in XXL format, taken by world-renowned underwater photographers David Doubilet, Jennifer Hayes, Maria-Teresa Lara, and Marissa Floirendo, are accompanied by a 26 minute documentary film about the exploratory mission that Prince Albert II of Monaco and museum director Robert Calcagno undertook in 2016, titled Corail – Coeur de l’Océan.

The need to keep this unique site in the Sulu Sea intact is pressing, and this exhibition makes that clear. Discovered in the 1970s, Tubbataha is the Philippines’ only true atoll structure, and a haven for 72% of all existing types of corals in the world on just 970 km². Its name comes from the Samal language meaning “long reef exposed at low tide”. Recognized as one of the most remarkable coral reefs on the planet and consistently ranked among the top dive sites in the world, it features dramatic underwater terrain, awe-inspiring biodiversity and large marine animals such as sharks, turtles and manta rays. Tubbataha’s isolated location makes it hard to access, and the dive season lasts only for three months every year but it still attracts a large number of visitors who collectively leave their trace. But divers are not the only threat to the health of this fragile marine environment – Filipino fishermen increasingly came to Tubbataha which, in contrast to other depleted fishing grounds, still had abundant marine life. Their use of destructive techniques, such as cyanide fishing and dynamite fishing to maximize catch, soon began posing a serious threat to the reef. In 1988, responding to a strong campaign by scuba divers and environmentalists, Tubbataha was declared a national marine park, and in 1993 became a UNESCO world heritage site.

“People protect and respect what they love, and to make them love the sea, they must be amazed as well as informed.” — Jacques Cousteau

Like his ancestors before him – notable his great-grandfather Prince Albert I who founded the Oceanographic Museum – the current sovereign of the Principality has a burning passion for the sea and the protection of maritime environment. His Foundation supports sustainable and ethical projects around the world, focusing on three main challenges: climate change and renewable energy development; combating the loss of biodiversity; and water management (improving universal access to clean water). It is this personal interest that drove him to first explore Tubbataha in 2016.

The documentary “Corail – Cœur de l’Océan” produced during that trip is at the centre of the exhibition. It shows the Prince’s visit to Tubbataha, his work onsite, his encounters with locals, and his dives, filmed with a 360° camera. This is a hands-on man, not afraid to get his hands dirty. One of the key projects was the tagging of two large sea turtles to enable scientists to better understand their behaviour and protect them from dangers. Their GPS data can actually be traced online. (On an amusing side note: these two turtles have also been baptized at the occasion, now bearing the names of the Prince’s twins, Jacques and Gabrielle.) The documentary is screened in French at 12h30 and in English at 13h00.

This first investigative trip to Tubbatuha is now followed by a three year scientific mission, launched on July 27, 2017 from Monaco. Equipped with state-of-the-art technology, the transoceanic exploration vessel, Yersin, will depart from Port Hercules and navigate the globe during three years. Alongside scientific and media teams, the Monaco Explorations team will visit approximately nine areas to conduct scientific research in remote locations on the sea, all in the service of the Principality’s ongoing commitment to its tradition of marine exploration and a proactive ocean conservation policy. 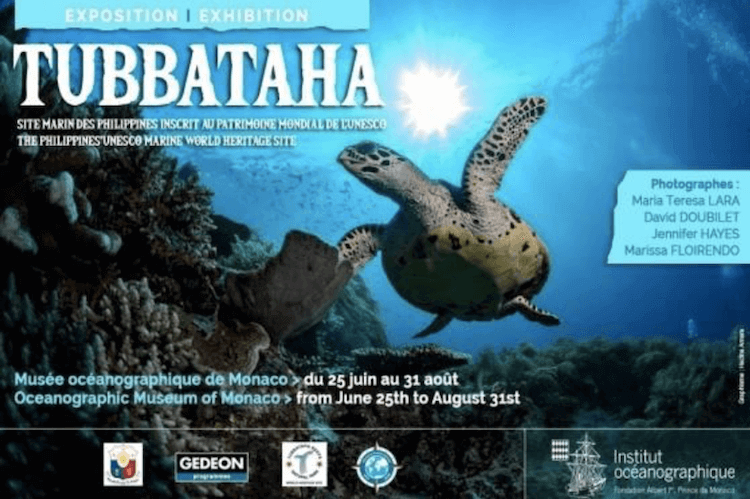 And all of this comes together in the spectacular “Tubbataha” photo exhibition at the Musée Océanographique. Since pictures are worth a thousand words, the story why preservation is so crucial for the Tubbataha reef is told through breathtakingly beautiful and often whimsical underwater and topside images, mounted in the Main Exhibit Hall.

The photographers could not have been better chosen. Among them, David Doubilet, a National Geographic collaborator since 1972 and without a doubt the world’s best underwater photographer, having won every imaginable distinction. He tells us how growing up in New York City, and all of ten years old, he devoured any articles he could find that featured the Monaco Oceanographic Museum. “Jacques Cousteau, its director at the time, was my hero. And it was him, and this very place, that gave me the desire to discover the strange and so beautiful world below our feet. So participating in this exhibition, in this museum which I have loved for so long, is incredibly moving for me.”

The other three photographers all have their own claims to fame. Jennifer Hayes, a trained marine biologist and photo journalist for NatGeo, Sports Illustrated, DIVE Magazine and many others, is also the author of Face to Face with Sharks, published by National Geographic Books. Together with David Doubilet, she owns Undersea Images Inc., a company specializing in studio and stock photography. The couple has dived all over the world, from the Okavango Delta to the tropical seas, the Poles, the Great Barrier Reef, the Gulf of Mexico, Greenland… the list is endless. With numerous books to their credit, Jennifer and David are convinced that the power of images can illuminate and honour nature but above all, bring about a change in people.

The recipient of numerous prestigious international photography prizes, Maria-Teresa Lara, affectionately known as Tet, is an ardent defender of the Tubbataha marine park. In December 2016, she published her first book, “Tubbataha, National Treasure”. In this she was supported by Marissa Floirendo, a leading, award-winning cinematographer in the Philippines. Both women’s work is prominently presented alongside that of David Doubilet and Jennifer Hayes. 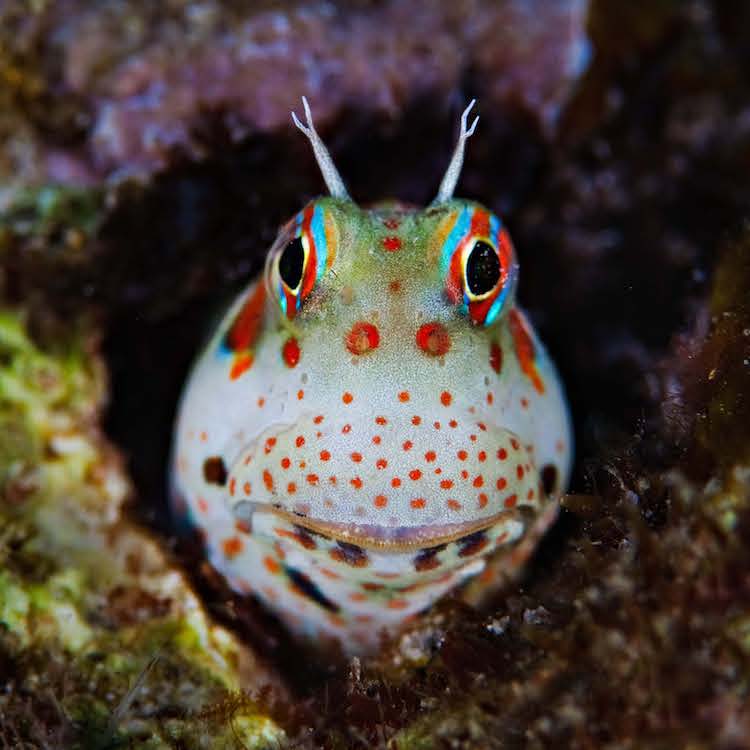 More than 200,000 visitors are expected to view the exhibition which runs through August 31. After that it will travel to the Philippines in late 2017, potentially followed by a return to France and England. Finally, the prints will be auctioned by the Tubbataha Management Office in 2018 to raise funds for the protection of the Park.

While at the museum, do be sure to also check out the numerous other family-friendly attractions and animations including ImmerSEAve360° virtual reality films, shark feeding and petting pools, and of course this summer’s star exhibition, Philippe Pasqua’s “Borderline”.