Fascinating new projects and exhibitions reveal even more secrets of the city’s unique history and patrimony.

Nice, as most everyone knows, has a unique historic past, dating back as far as the first hominid settlement 400,000 years ago, followed by a colourful succession of Greeks, Romans, and Ligurians. But so much more is yet left to be unearthed. Archaeologists of world renown like Professor Henry de Lumley bring even more vestiges and remnants back to light, working hand in hand with the City to share these treasures with the public. As a result, numerous fascinating sites can be visited all over town – the Garibaldi crypt, Terra Amata, and the old Roman camp of Cemenelum (modern day Cimiez) to name but a few. Others are in preparation, like the monumental place St. François project right in the heart of Old Town. To add to this, two current exceptional events are guaranteed to channel everyone’s inner Howard Carter.

It never gets old… tourists bravely climb up all the way to the top of Colline du Château, only to ask, “but where is the château?” Well, they are too late by a few hundred years as the entire structure was destroyed in 1706. But for the past nine years, archaeologists have been excavating parts of its foundation, and notably those of former St. Mary’s Cathedral, complete with a monastery and a cemetery, all of which belonged to the walled and fortified castle complex. 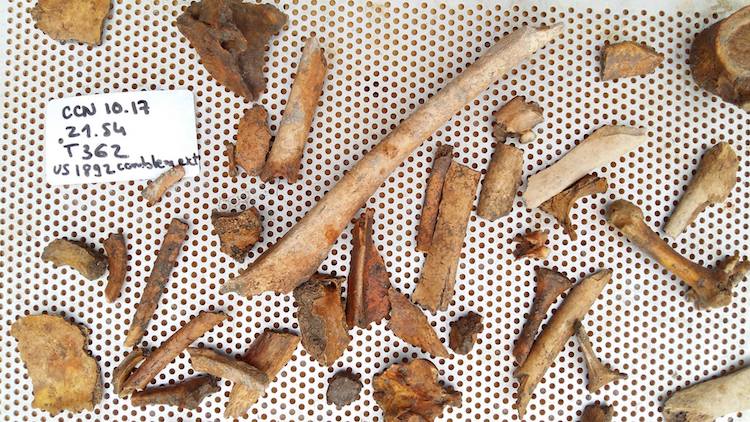 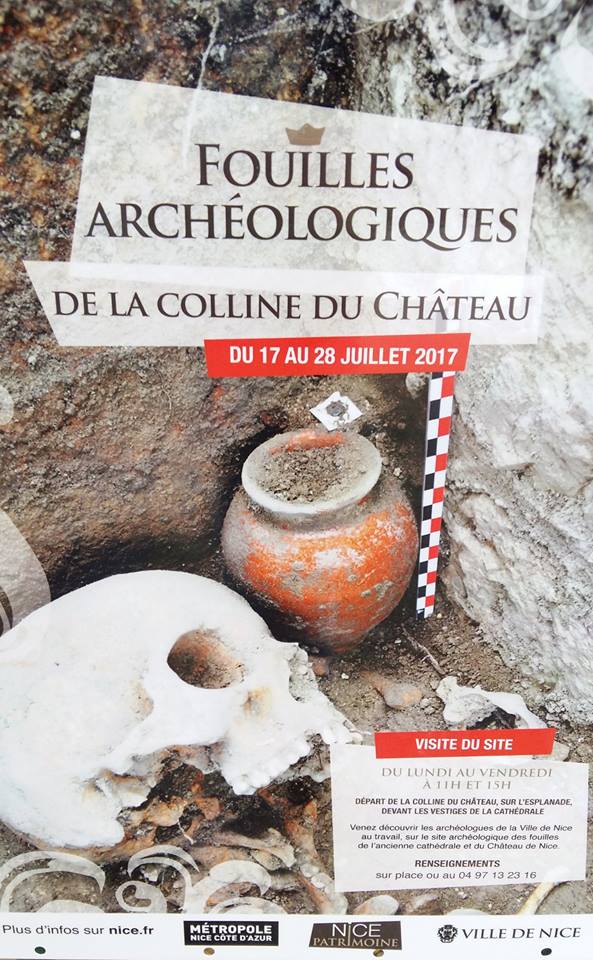 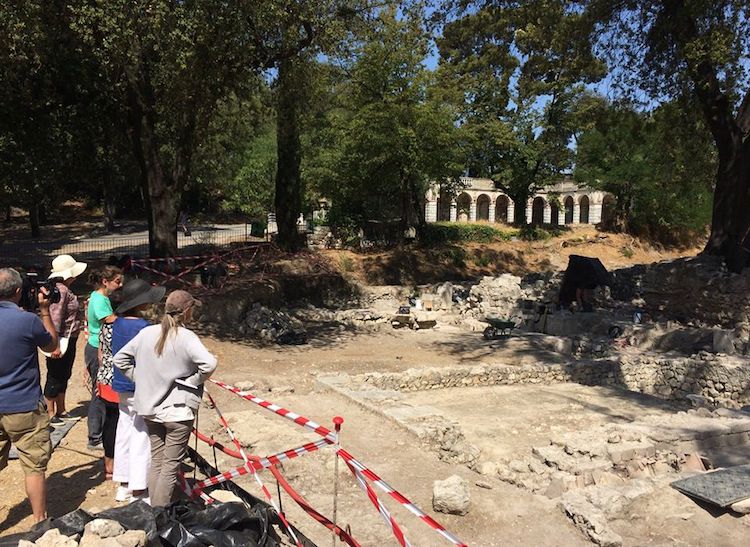 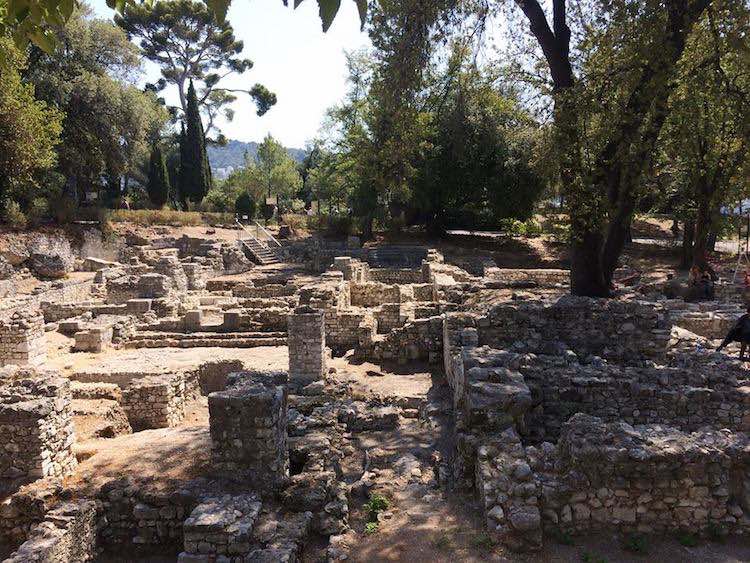 Le Château de Nice was a citadel used for military purposes. Built at the top of a hill rising up steeply straight from the Mediterranean Sea at its feet, it stood overlooking the Baie des Anges from the 11th through the 18th century. It was besieged several times before it was taken by French troops and finally destroyed in 1706 by command of Louis XIV. For the Niçois, the Castle is forever connected to the memory of Caterina Segurana, a local washer woman who valiantly and single-handedly drove a fleet of Turkish attackers out of town with the help of a washer paddle and her blank derrière. Nowadays, Colline du Château is a park nicknamed “the cradle of the sun” for its spectacular panorama.

This summer, visitors are exceptionally granted access to the site to look over the shoulder of archaeologists and see the state of ongoing excavation. 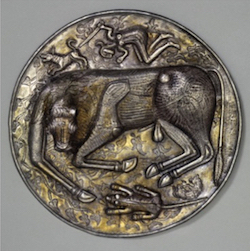 The excellent museum of archaeology in Cimiez, complete with its adjacent large Gallo-Roman excavation site, is always worth a visit, but even more so this summer. Its playful and interactive exhibition “Divina Natura” explores Earth’s fertility and surrounding myths across different antique civilizations, and the relations that Romans had with Celtic, Greek and African societies, but also with Persia, Egypt, Mexico and even Australia. The first room features a collection of artifacts from this very site, and high-quality reproductions allow for tactile exploration, especially adapted to the needs of vision-impaired persons. In the second part, visitors are taken on a journey, immersed in the sounds and smells of the time, to discover remarkable historic artifacts representing deities and their connections to benevolent forces of nature.

Of course there are plenty more activities around town for history and archaeology buffs. A good place to check out the current full programme is the newly opened Heritage Centre at 14 rue Jules Gilly in Vieux Nice. And not to forget the upcoming annual Heritage Days in September… an unmissable event throughout the entire country. 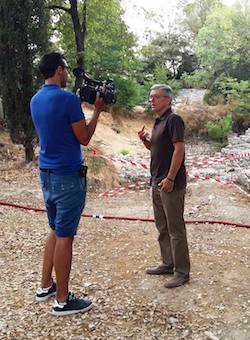 And something else is new as of this summer… Congratulations are in order to municipal councilor Jean-Luc Gagliolo, already in charge of patrimony (among other important ressorts), who just had archaeology added to his already long list of duties. That is terrific news for Nice as there is no one more dedicated to the faithful preservation of his beloved home town’s cultural treasures than this hard-working, ever-friendly man. A walking, talking encyclopedia on all things Nice and its heritage, the grandson of the beloved Francis Gag has become an institution himself. We wish him much joy and success with his new responsibilities and look forward to many new and exciting projects under his capable leadership.