The Henri Cartier-Bresson exhibition currently underway in Nice pays tribute to one of the most influential figures in the history of photography.

Considered to be the father of photojournalism and dubbed “the eye of the century,” Henri Cartier-Bresson was not only able to capture moments of everyday life with his camera like an ordinary family enjoying a picnic on the banks of the River Marne, he also travelled the world for more than half a century shooting major historic moments. He was present during the Spanish war, the liberation of Paris, the coronation of George VI, the Soviet Union after Stalin’s death and the United States during the postwar boom.

Being so well-travelled and having witnessed most of the of events that shaped the 20th century, Cartier-Bresson also seemed to know everybody. Among the 120 black and white pictures on display, portraits of Henri Matisse, Alberto Giacometti, Pierre Bonnard, Jean-Paul Sartre, Truman Capote or William Faulkner underline the diversity of his images, which are both candid and formal. Throughout his career, the photographer believed in “the decisive moment”, which consisted of him finding an interesting scenario and waiting until all the external elements fell perfectly into place.

Following the Second World War, which he spent mostly as a prisoner of war in German camps, he co-founded the Magnum photo agency with Robert Capa and David Seymour. The agency enabled photojournalists to reach a broad audience through magazines such as Life while retaining control over their work.

In the last 25 years of his life, Cartier-Bresson largely turned away from photography to embrace his first love, painting, but his work was still being exhibited and kept on inspiring many around the globe.

“To take photographs means to recognise simultaneously and within a fraction of a second both the fact itself and the rigorous organisation of visually perceived forms that give it meaning. It is putting one’s head, one’s eye and one’s heart on the same axis”, Cartier-Bresson once said. Thanks to this exhibition in Nice, it is obvious that he truly was the eye and the memory of the last century

The Henri Cartier-Bresson runs until 24th January, 2016 at the Théâtre de la Photographie et de l’Image in Nice. It is open every day except Monday from 10am to 6pm. Admission is 10€ but free for Nice residents. 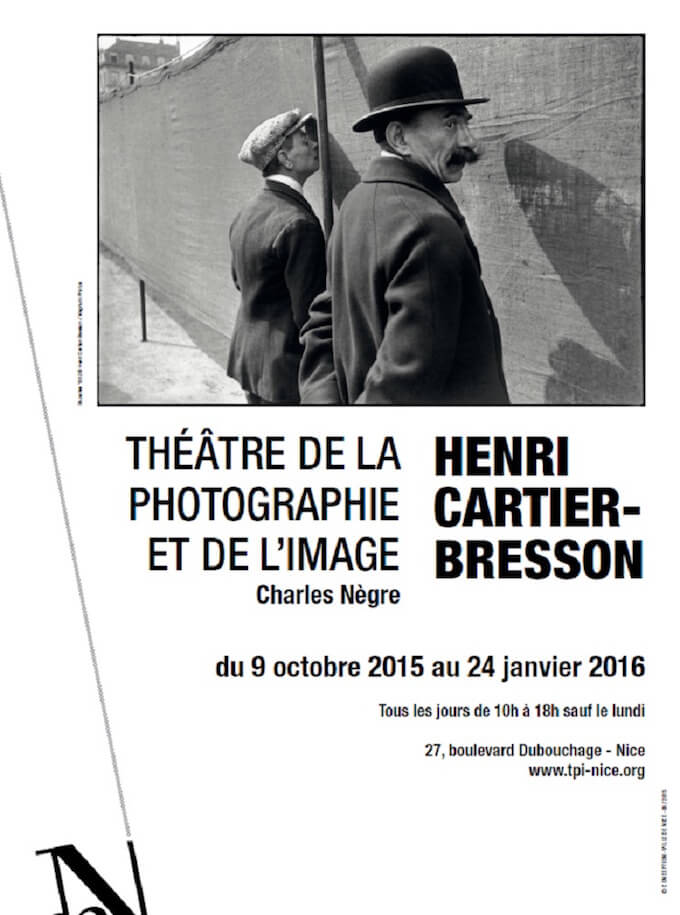