What is on your bucket list? Is your age advanced enough that you think of the things you like to do while there is time left? Are you going to take the train which goes under the Victoria Falls? Will you walk the Great Wall of China?

I think I am doing pretty well. In the last two years: the Royal Botanic Gardens of Peradeniya, in Sri Lanka in the footsteps of Clarence my great grand-uncle; six of the world’s greatest collections of impressionist painting in cities across America; the northern lights (well not exactly – we flew to the Arctic Circle but it was overcast for the whole week).

Much of my daily activity now is with cultural or charitable initiatives so forgive me for needing an antidote, for loving a sport which has no environmental or cultural credentials… motor racing. In my own amateur career I have won at Silverstone, Brands Hatch and on ovals. I have driven a 550 hp V8 monster on the iconic circuit of Spa Francorchamps. But for years on my bucket list has been motorsport in the good old US of A; bigger, brasher, faster. The 800 hp stock cars of NASCAR average 195 to 210 miles an hour for three hour races, these are the peak speeds of Formula 1 cars which are average more like 160 mph.

This August I did a triple whammy. Firstly, The Michigan International Speedway west of Detroit where I was the guest of Joey Logano (pictured below with the author), the reigning NASCAR champion and therefore arguably the fastest racer in the world. 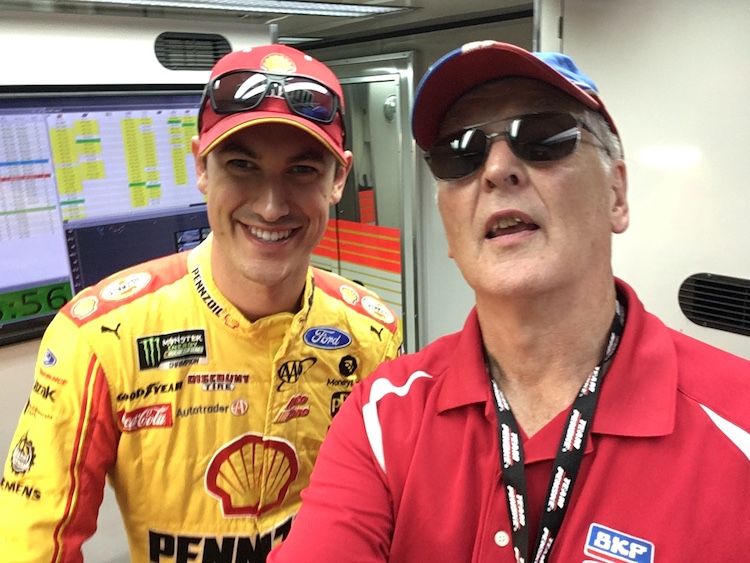 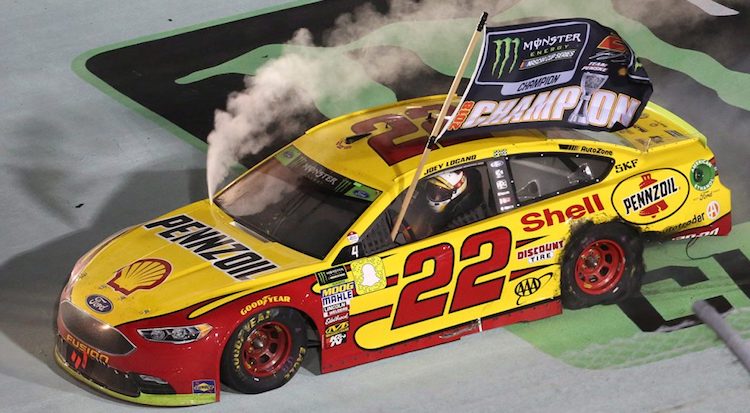 I watched qualifying on the Friday (one lap shoot-out at over 200 mph, one chance only) and the race on Sunday which lasted over three hours given the number of crashes, yellow flags, and 50 cars. I was privileged to have paddock and pit access and to attend the drivers’ media conferences. Joey was in the leading bunch in the race but, like several others, run out of gas with three laps to go.

Secondly, on the Saturday, to get away from the big money stakes and 80,000 fans, I decided to seek out an event on the opposite end of the social and racing spectra. Two hours drive south near to Toledo, Ohio, I found the Oakshade Raceway, a typical quarter mile shale oval with about 5,000 happy spectators on makeshift grandstands and on the banks. But the cars, my goodness. 900 hp sprint cars with open wheels, in a permanent four-wheel drift four wheel drifts. The Late Model V8s seem to be from another planet, wedge-shaped, asymmetrical, inside leg cocked up and 20 of them swarming round this tiny track in clouds of dust. Were the spectators gun-toting gum-chewing trailer-trash? No, they were middle-class and from local community families enjoying a great evening out. 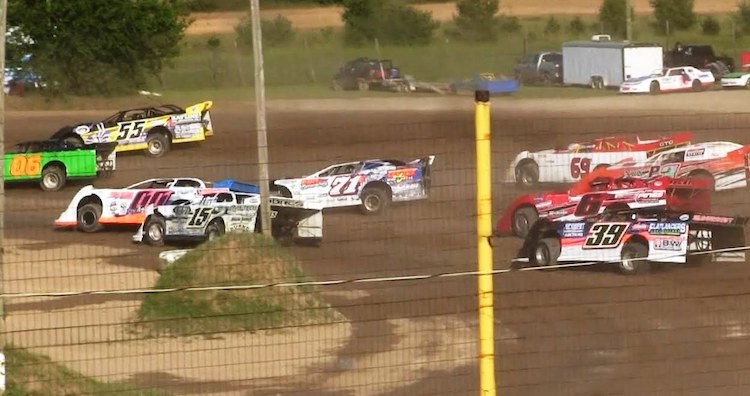 My third stop, best for last, was a week later in northern California where I was able to get behind the wheel myself. At the 2019 Rolex Monterey Motorsport Reunion, like the Goodwood Revival but with twice the number and value of cars, I drove a unique 1952 Streets Manning Special with a chunky side-valve “flat-top” V8 engine. This is one of several famous “hot-rod road racer” built in California, one of the cars in the stable of my friend Rob Manson with whom I used to race in the UK. The California hot-rods were constructed by enthusiasts after the 2nd World War using parts from the scrap-yard; hence the alternative name “junkyard dogs”.

I raced in the 1947-1955 sports racing car group battling with 44 other cars like the Jaguar XK 120, Mercedes gull-wing, Porsche Spyder, Allard and Kurtis, a field worth over $100 million. The Laguna Seca racetrack features the blind, downhill S-bend called the Corkscrew which on several occasions I took side-by-side with another car, luckily not in the Valentino Rossi or Alex Zanardi line. 5th place in the final. The back to Rob’s casa in the cool of the hills for Scottish dancing (don’t ask why). 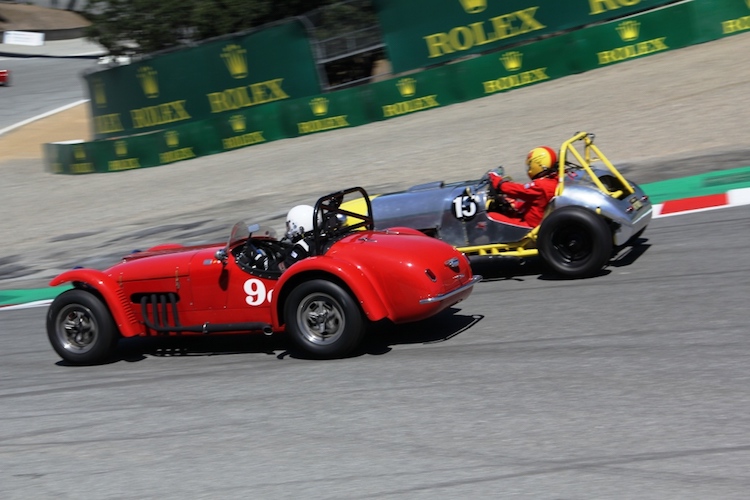 Oh. Did I tell you this was not the first time I raced this classic machine there? Who says you can’t tick off an item on your bucket list several times?

All photos courtesy and © Marcus Bicknell, used with the permission of the author; all rights reserved