I wrote last time about the Museo Bicknell in Bordighera, founded by Clarence Bicknell, one of those unique little-visited spots on the Riviera where you feel transported into another world and another time.

The article triggered a lot of interest. Clarence’s great grand nephew Marcus Bicknell travelled there to present a talk on Clarence “In Private” on 20th July. Full house!

You might be interested to dig deeper into the story of a man who is so important to Bordighera’s heritage and to the Riviera which us “internationals” created here in the second half of the 19th century. The new biography of Clarence Bicknell is an easy and fascinating read, especially because there are over 200 images to bring the story to life.

Over 5 years, Valerie Lester (also a member of Clarence’s family and pictured below) pored over hundreds of newly-discovered letters, botanical watercolours and arts-and-crafts designs in archives including the Natural History Museum, the Fitzwilliam Museum in Cambridge, the Conservatoire Botanique in Geneva and Genoa University. She was supported in the research by Marcus, his wife Susie and half a dozen experts. Every letter and diary entry provides Valerie with Clarence’s voice; and each of his vellum-bound albums reveals drawings, watercolours and whimsical creations. The biography gives remarkable insights into how and why this man strove for perfection in each subject he tackled. 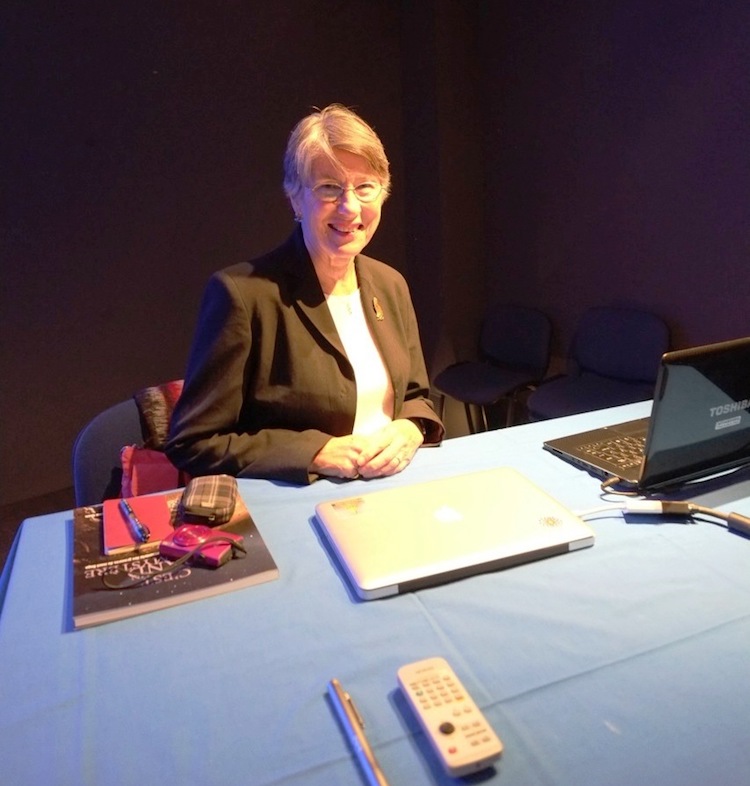 Clarence was a product of the late-Victorian Enlightenment, of the desire to understand our world and the quest to express it all creatively. Having lived for forty years in Bordighera on the Italian coast and spent summers at Casterino by the Vallée des Merveilles, now in France, he is a respected historical figure on both the French and Italian sides of the Riviera and the Maritime Alps. The irrepressible former clergyman dedicated himself first to botany, then archaeology in the high mountains and, towards the end of his life, to botanical art tinged with the whimsy of humour, narrative, affection for his friends and arts-and-crafts originality.

The book shows why Clarence Bicknell is now discussed alongside other greats seen on the Riviera… Edward Lear, Claude Monet, Charles Garnier, Clarence’s neighbour George MacDonald who was Queen Victoria’s favourite novelist and Thomas Hanbury whose garden was just along the coast. We travel with Clarence up the Nile and to Ceylon, from the chattering ex-pat cabal in Bordighera to the peace of his house at 5000 feet altitude, while Valerie debunks or confirms the local folklore; a mistress in the high mountains; death by mushroom poisoning; a coffin full of stones buried officially and his own body in his mountain garden; the loathing of his elder brother back in England and the adoration of those who came into contact with him. 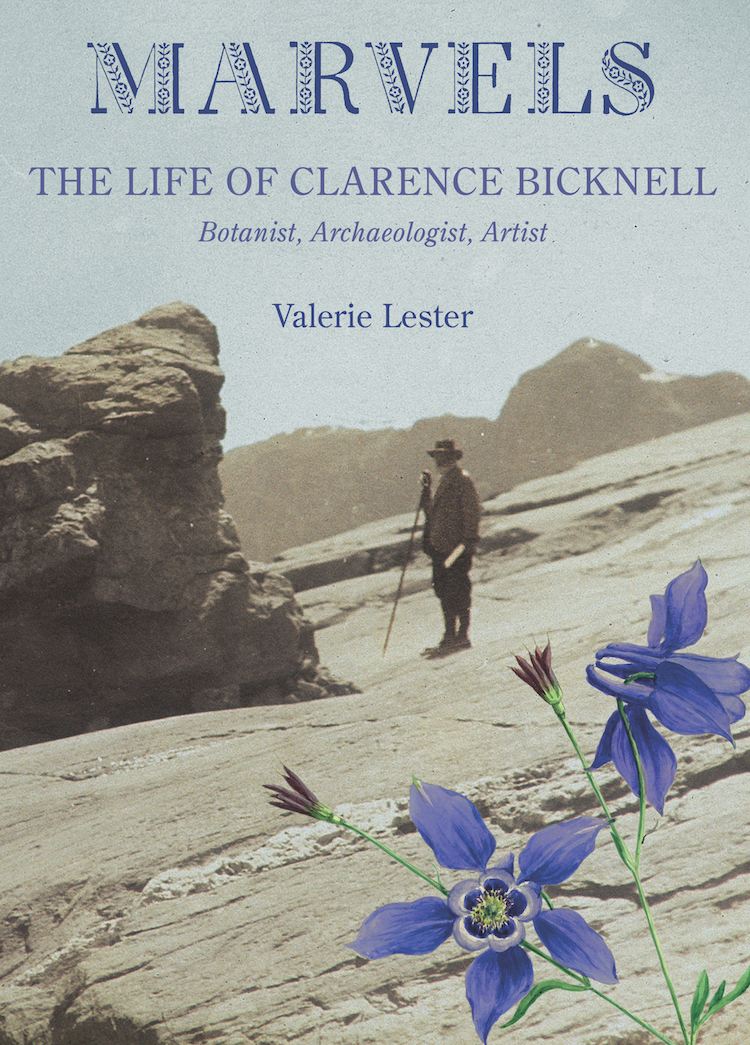 Both the mass media and the experts loved this book and said so. Helena Attlee wrote in Country Life “The author has a gift for setting her uncle’s activities in a wider context, so that her book is also a fascinating vignette of intellectual fashions during the late-Victorian Enlightenment. She explains, for example, that Bicknell was not alone in his passion for botany, that botanising was seen by the Victorians as ‘a genteel pastime for women and children because flowers did not kill and copulate to the extent that animals often embarrassingly did’”. 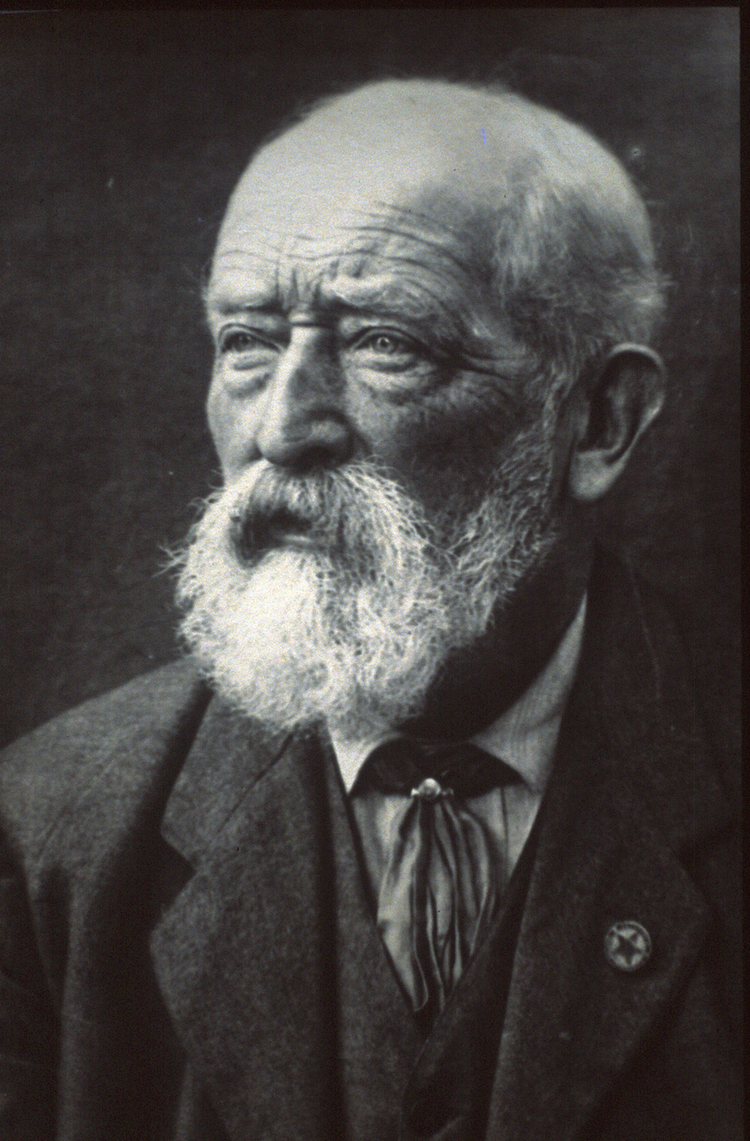 Giuseppe Bessone, a Bordighera historian says “A fantastic book. The abundance of wealth in the text, the beautiful layout, the multitude of images; life’s very perfume rises from the pages. Veramente bellissimo! Complimenti. Complimenti”.

Gisella Merello Folli, a researcher and historian in Bordighera wrotes “A scrupulous book, rich in information and unpublished sources, which enriches the knowledge of the great Clarence Bicknell, the history of Bordighera and of science and culture across Europe at the change of the century.”

Carolyn Hanbury, of the Hanbury Gardens at La Mortola agrees: “A hugely readable book and a wonderful vignette on Victorian life. Valerie write so well; it flows so compellingly. Imagining Herne Hill in those days and what it is like now, another world! Elhanan was a fascinating man and Clarence’s mother obviously so talented and bright. She must have been a huge influence on his choices later in life. On her death bed she “hopes for a cheerful immortality”… such a wonderful phrase! Well done Valerie. She is a chip off the family block in her talents! “ 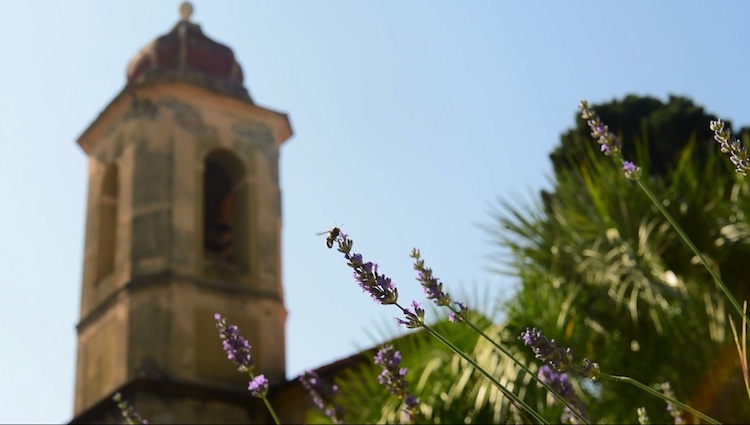