It’s official. The TNN is going to be torn down, says the City of Nice. But opponents of the project are still fighting against the imminent demise of one of Nice’s cultural flagships.

That’s it. There is seemingly nothing more that’s left to be said or done to sway the views of city and national government officials. Even the local court confirmed the decision to demolish the Théâtre National de Nice. The heavy demolition equipment has arrived. And in preparation of the first blow of the wrecking ball, Niki de St. Phalle’s iconic statue “Loch Ness Monster”, which had adorned the TNN’s forecourt since 2002, was spirited away in a late night cloak and dagger operation in early February which excluded the public.

The demolition of the TNN and the nearby Acropolis congress and event hall is the will of the mayor of Nice, Christian Estrosi. After the city’s 2021 inclusion in the list of UNESCO World Heritage sites, he now pursues an ambitious policy to create the urban green space by extending the existing Coulée Verte park to Nice’s far north, to build new theatres and event venues all over town, and to position Nice as a viable candidate for the title of European Cultural Capital 2028. The sole survivor of the architectural tabula rasa: the MAMAC Museum of Modern and Contemporary Art.

Good stuff, on paper. But if you ask the locals, you’ll be hard pressed to find anyone who agrees with this extreme makeover of the city. Reactions range from simple incomprehension to frustration at the City’s minimalistic and misleading information campaign prior to the decision, and outright anger about Estrosi’s “pharaonic plans”.

The fears are many: who will foot the bill for this gigantic undertaking? What does the continued gentrification of Nice mean for the working and middle classes who are already having a hard time to put up with overpriced rents, above-average consumer costs, and even more traffic congestion in the narrow streets of an old city? How can ordinary Niçois easily benefit from the potential cultural offer if it moves from the old and central town to outlying neighbourhoods? What will become of the small businesses – hotels, restaurants, cafés and bars, corner stores – that depend on theater goers and congress visitors? And why – after already patiently enduring years of huge construction sites that tore up the city center to build the mile-long urban park named Coulée Verte – do they have to put with five more years of noise, dust, and heavy machinery?

In the Footsteps of Kings and Presidents 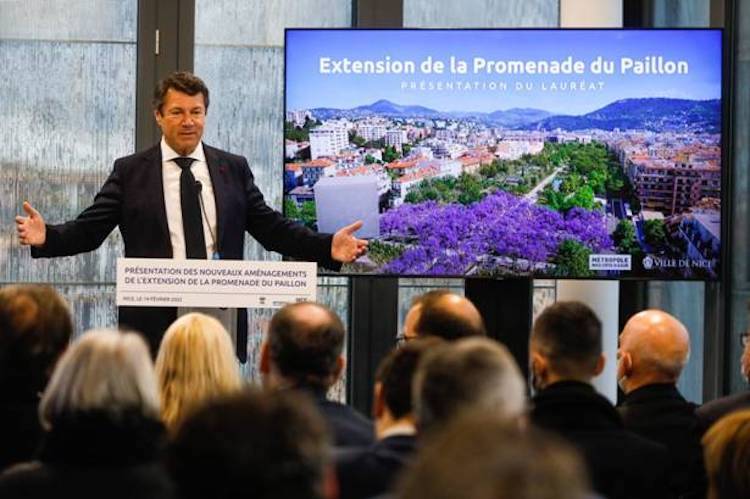 Ruinous costs aside, Estrosi is every bit as determined as his illustrious role models to make of his city a sparkling jewel of theatre and the performing arts.

But there is a multilayered problem:

For one, the region is already saturated with theatres – between the 80-some establishments in Nice and Anthéa in Antibes, close to 4,000 seats vie daily for an ever-dwindling audience. However, a significant demographic shift in age and cultural interest impacts patronage: the great number of “têtes grises” [seniors], bemoaned by Irina Brook during her tenure as the Director of the Théâtre National de Nice (2014-2019) as the only ones still going to see a play, are giving way to a (much younger) generation that – despite educators’ valiant attempts to interest them in theatre and literature – does not necessarily prioritize traditional culture.

Irina Brook understood that and mounted a strategy to appeal to the younger crowd. Yet, the mayor’s preferences decidedly run toward classic French authors – “like in Paris” – a brief that current director Muriel Mayette-Holtz answers to, but that does not appeal to Irina Brook’s carefully groomed younger audience.

The other much lamented point is the continued lack of interesting productions in foreign languages, a niche that appeals to the international (non-French-speaking) clientele, be that expats or tourists. Here, the only admissible language other than French is Nissart. Not even our Italian friends and neighbors are served. The notable temporary exception was – again! – Irina Brook, but at the cost of ample criticism. Shakespeare in Nice, oh là làààà!

The question therefore begs to be asked, “Who will be tomorrow’s spectators that are supposed to fill all these seats, every night?” Are five different municipal stages all across town, in addition to literally dozens of private ones, really the answer, or does that concept miss the point of longterm rentability entirely? 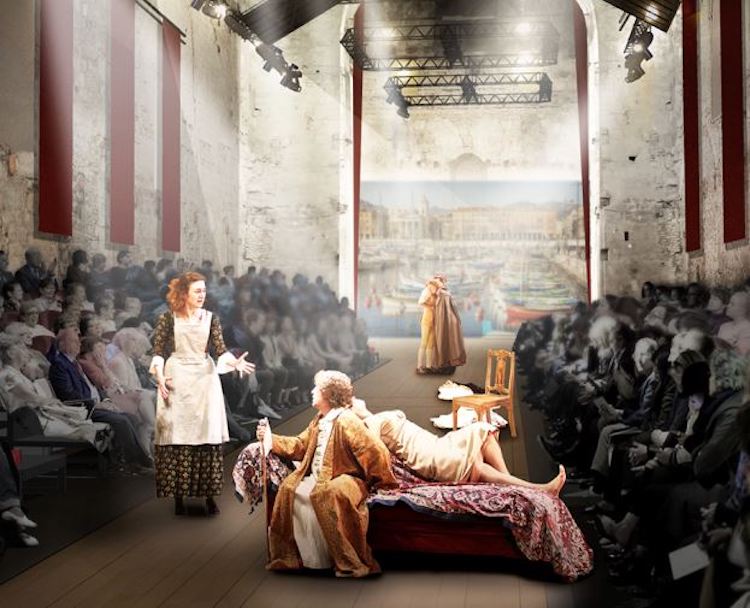 Much Ado about… Not Very Much?

Then there is of course the other burning question, why create an artificial park planted on the concrete that covers the Paillon river running through Nice and optimistically labeled “urban forest”?

The newly created eight hectares with 1,500 additional trees along the paved-over course of the Paillon river sound nice. But it comes at the sacrifice of the already-existing topiary of the Var river. The Var river – in contrast to the Paillon – currently still has the luxury of seeing daylight. But its banks are increasingly narrowed by another mega-project of Nice’s ambitious mayor, that of the “Écoquartier Méridia” at the city’s extreme west, which is currently under construction. That is, incidentally, also where Estrosi wants to create a number of cultural venues, framed by a brandnew congress center.

The problem, you ask? Well, not only is it located by the airport – miles from the city centre and therefore hard to access for most Niçois – but it also borders one of the city’s hotspots, the poverty- and crime-ridden Les Moulins neighbourhood. Yes, we hear you: “The City says there is a clean-up underway…” But is it? And where do the residents of that low-income area go? And what will happen to the unsightly “HLMs” (housing projects)? Will they be torn down, too, in the name of European Cultural Capital 2028 ambitions?

However, back to the new green-space-to-be (see rendering of the city centre below). One of the most valiant points that critics bring up is that it is but a drop in the bucket in a hopelessly built-up and overcrowded city, neither justifying the destruction of a historically significant urban architectural ensemble nor the immense bill waiting for the Niçois taxpayers. 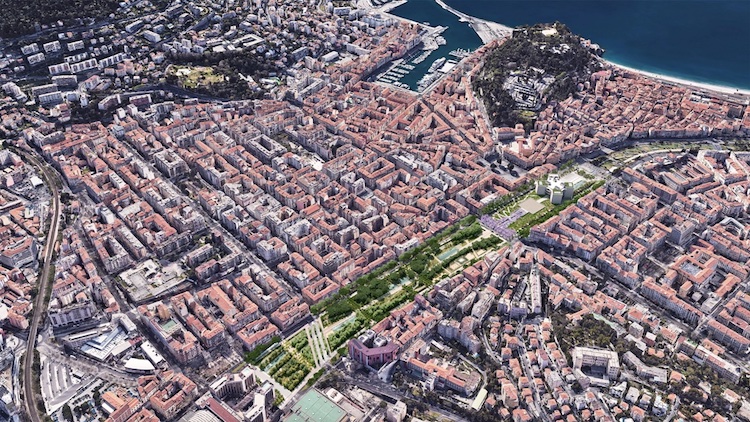 Brother, can you spare a dime?

Let’s say, for argument’s sake, that the Niçois will get used to all of the above. Remains the question of who picks up the tab. Well – you will, via your taxes… at least a good portion. Such is the will of Nice’s very own Sun King, even though some creative municipal accounting seems to suggest the contrary. A quick look at the bottom line: Estrosi’s vision tallies up to €75 million. Officially. And that’s not counting the €200 million for the new events and congress hall replacing the existing MIN wholesale food market.

But the people of this city are not easily fooled, and they are attached to the content of their wallets. Estrosi’s past two mayoral terms already cost them eye-watering sums in the neighbourhood of eight figures for the beautification of their city. Annual municipal debt has consistently been around the €500 million mark since 2013, making France’s fifth city its fourth-poorest one… After years of indulging the enterprising mayor’s ambitions, the people of Nice are done with spending on cosmetics when at the same time there is no money in the municipal coffers to keep public schools, libraries, hospitals, or sports facilities in good working order; hospital and care workers in bread and butter; or low-income families fed and housed. 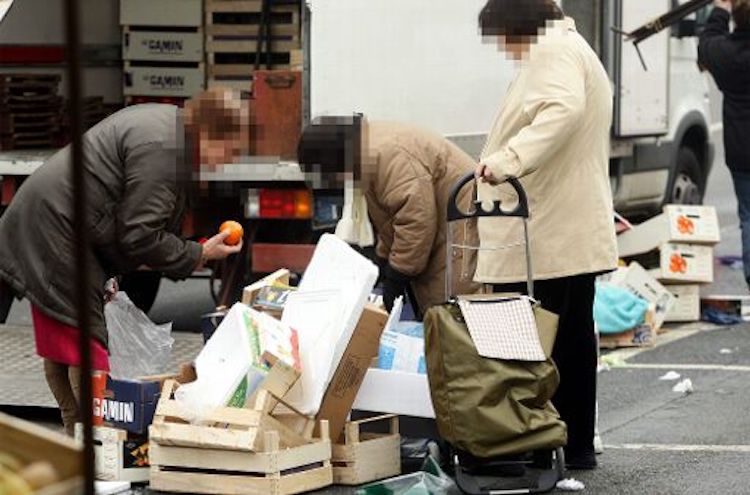 Poverty in the street – photo courtesy DG EMPL on Flickr

What do the Opponents Have to Say?

Estrosi has had ample opportunity to expound on the virtues of his project, and yes, there are certain merits to it. Environment and culture are always guaranteed to pull on heartstrings. His argument of projected extra space for theatres even gained him the blessing of Roselyne Bachelot, current minister of culture of the Macron administration.

But the vast majority of locals – from the political leadership of the Maritime-Alps-department to activist groups and citizens – is adamantly opposed to these plans. If you didn’t hear much public ruckus, it was not for a lack of trying… They were there, they held plenty of meetings and protests, and mounted petitions, but they did not get a fraction of the airtime in the Estrosi-friendly local press. And if they seemed late to the party, it simply has to do with the fact that a (mis)information campaign kept the public at large in the dark about the actual scope of the project.

We therefore had a chat with Hélène Granouillac and Michel Cova, two leading advocates and citizen representatives to better understand their concerns.

Hélène Granouillac is the President of the Terre bleue association, founded in 1999. She is also an elected member of the opposition party in the local City and Metropolis of Nice-Côte-d’Azur government, in charge of ecology. We asked her why she was concerned about the imminent demolition of the TNN – in her capacity as an ecologist but also as a citizen of Nice and a theatre buff.

“You don’t touch the salt of life.”

“Invoking the fallacious pretext of “creating an urban forest to alleviate and reduce urban pollution”, the City of Nice pursues the demolition of the TNN, a National Centre of the Dramatic Arts, while at the same time advancing two ecologically anachronistic and mortifying projects: turning Europe’s most fertile plain, the Var river valley, into a concrete desert, and supporting the extension of terminal 2 of Nice International Airport. 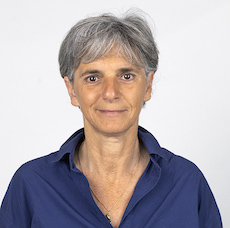 This vision is incoherent. Hence the counter-project proposed by ecologists to reconcile maintaining the centerpiece, the TNN, with the development of green spaces as recommended by its architect, Yves Bayard, with his vision of gardens and footbridges.

How can one apply for the title of 2028 European Capital of Culture by destroying these places – a first in France where theatres have always been rebuilt on the spot! – and all this in the year of the 400th anniversary of Molière’s birth? What inconsistency, what a puny vision of culture…”

Where there is talk about culture, and the threat of the destruction of an institution of national significance, experts with a clear opinion on the matter are not far. One of the most vocal – and most competent ones – to weigh in is Michel Cova. The founder of the internationally renowned scenography company dUCKS scéno is also a collaborator of Jean Nouvel, one of the 21st century’s pre-eminent architects, and he has longstanding ties with Martine Bayard, the daughter of the TNN’s architect. When asked about his view of the project, he did not mince his words:

“It is criminal to destroy part of this architectural œuvre.” 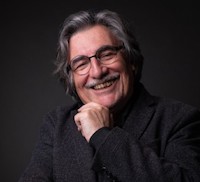 “I am revolted by this demolition project. My job is to build new theatres or improve existing ones. I obviously cannot accept the destruction of a theatre except in cases of absolute necessity if the building is in danger of collapse, which is not the case here. And if it were, it is common practice to rebuild, and often in the same place. It is not only a building that is destroyed but a communal building with its history, memories and shared emotions. And also the ghosts of many artists who watch over this place of creation. You can’t disrupt all that with impunity….”

The activists’ hopes that the courts might still step in to stop the inevitable, has not come true. The opponents’ complaint was dismissed on February 17.

But they are not giving up easily. Denouncing “a personal whim” of the mayor of Nice, the département’s representative in the government, Eric Ciotti, and his support committee for the National Theatre of Nice, are among those who keep fighting. One side fights for reason, heritage, and fiscal responsibility, the other for a place in the annals of history. Time will tell who prevails. Meanwhile, some first renditions by the winning landscape design team will give an idea of what the new urban “forest” might look like. 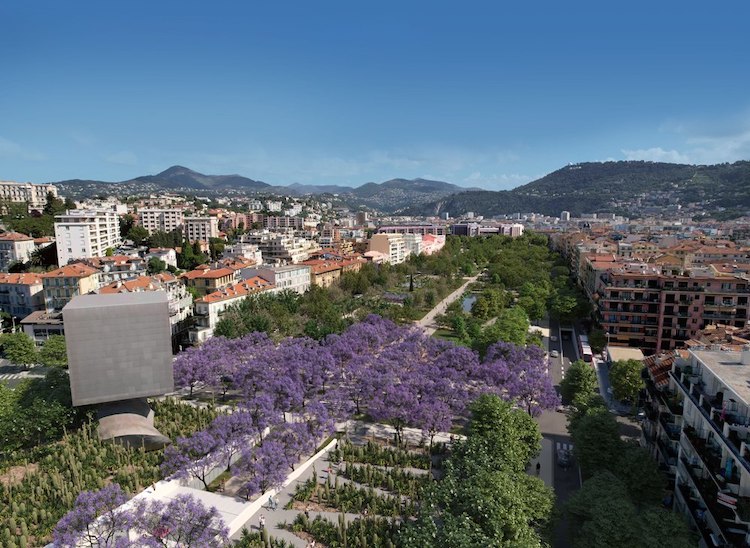 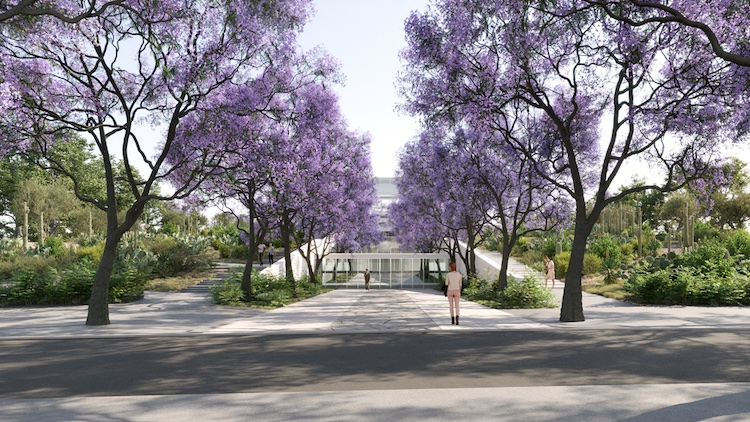 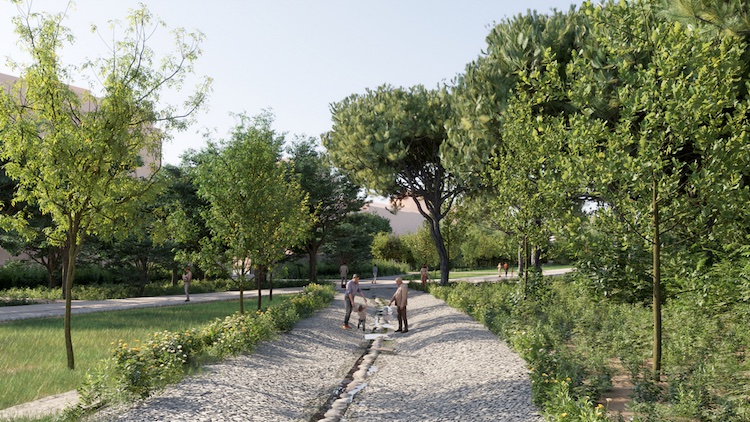 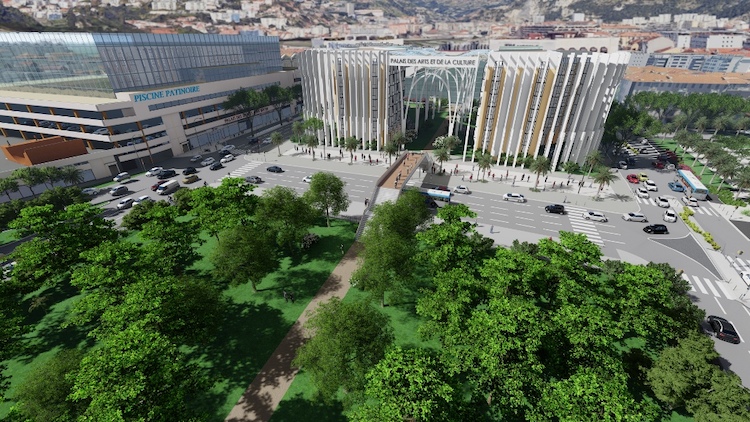