Offenbach’s Le voyage dans la lune, a delightfully absurd cavalcade of melodic songs, humorous ballets, lively choirs and a procession of amazing characters was written in 1875, inspired by two Jules Verne novels – From the Earth to the Moon and Journey to the Centre of the Earth. This Opéra-féerie, in four acts and 23 scenes, has a libretto by Albert Vanloo, Eugène Leterrier and Arnold Mortier after Jules Verne, and was very successfully premiered at the Théâtre de la Gaîté on 26th October, in 1875.

This array of “apparent exuberance and madness” (Nice Opera programme notes) tells of King V’Lan who wishes to abdicate in favour of his son, Caprice. Caprice, however, dreams only of freedom and suggests that they undertake a trip to the moon. Having sought the advice of the astronomer Microscope, V’Lan – together with Prince Caprice and the astronomer – decides to go ahead with this suggestion, and the three of them, travelling in a seashell, are fired into space by a canon!

Le voyage dans la lune is directed by Olivier Fredj who has collaborated on productions for companies such as the Mariinsky, Lyric Opera Chicago, the Festival d’Aix en Provence, the Grand Théâtre in Geneva, Moscow’s Bolshoi Theatre, Théâtre du Châtelet, the Royal Opera of La Monnaie in Brussels and the Theater an der Wien. He also directed the first production of Le voyage dans la lune for Montpellier Opera in December 2020 – the beginning of the opera’s three-season, 16-centre tour of France.

Olivier Fredj has drawn inspiration for this staging from Georges Méliès, director of the 1902 adventure film Le voyage dans la lune – a film which dates back to the early stages of the cinema industry. Working with author and illustrator Jean Lecointre – who also designed the costumes – Fredj has created a production described by author Michèle Fizaine as “Visually … absolute magic”.

Décor and costumes are by Malika Chauveau with Jean Lecointre, lighting by Nathalie Perrier, executed by Yves Calzergues, and choreography by Anouk Viale, reprised by Fanny Roué.

Leading the Nice Philharmonic Orchestra and the Chorus of Nice Opera is French conductor Chloé Dufresne who has led a number of major ensembles across France, including the Philharmonie de Paris and the Orchestre national de France, and will conduct performances of Le voyage de la lune for Limoges Opera.

Nice Opera’s production of ‘Le voyage dans la lune’ runs from 13th to 17th February. Further details on this co-production with Génération Opéra, together with a list of other centres where it will be staged, can be found on the Nice Opera website. Tickets may be reserved via this link. 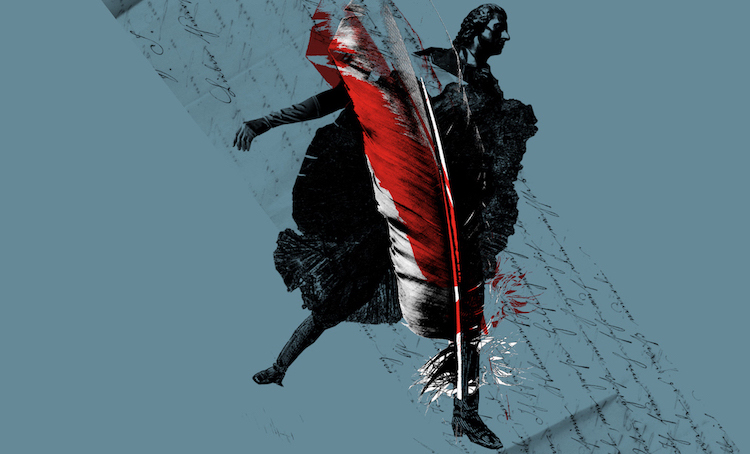 In complete contrast to the Nice Opera production, Monte-Carlo Opera presents a new staging of Jules Massenet’s Werther – a co-production with the Palau de Les Arts-Reina Sofia in Valencia.

First presented by Monte-Carlo Opera in March 1897 and last performed in the Principality in March 2005, this lyric drama in four acts and five scenes has a French libretto by Édouard Blau, Paul Milliet and Georges Hartmann, and is adapted from the German novel The Sorrows of Young Werther by Johann Wolfgang von Goethe, a book based on both fact and on Goethe’s early life. Massenet composed the opera between 1885 and 1887, setting it in the small town of Wetzlar, north of Frankfurt, where Goethe had been living when he wrote the novel.

Werther was originally intended for production at the Opéra-Comique in Paris, but rejected by the director for being too melancholy. The Vienna Court Opera had, however, successfully staged Massenet’s Manon and on the strength of that, requested a follow-up from the composer. Thus it was that Werther was translated into German by Max Kalbeck, and it premiered to great acclaim in Vienna on 16th February, 1892. In Paris, due to the success of Manon, the Opéra-Comique was persuaded to reconsider its decision on Werther in 1893, but its appeal was limited, and it was withdrawn from the repertoire. It wasn’t until 1903 that a successful revival was staged at the Opéra-Comique, and Werther ultimately became Massenet’s second most popular opera worldwide – after Manon – and one of the four most famous French operas of the 19th century.

The opera tells of the rather introspective young poet Werther who is asked by Charlotte’s father to accompany her to a ball, as her fiancé Albert has been gone for several months. Werther falls in love with Charlotte, but she goes ahead with her marriage to Albert as she had promised her dying mother she would. Werther is inconsolable and Charlotte ultimately realises that she is in love with him too. When Werther borrows pistols from Albert – on the pretext of going hunting – Charlotte is overcome with worry and rushes off to find Werther, only to find him dying of gunshot wounds. They both declare their love for each other before he dies.

The title role in this Monte-Carlo Opera production is sung by tenor Jean-François Borras – a role which he has also performed at the Metropolitan Opera in New York. Other recent performances include Don José in Bizet’s Carmen at Opéra de Paris and Oper Frankfurt, Nicias in Massenet’s Thaïs for Monte-Carlo Opera, and his debut performance as Lensky in Tchaikovsky’s Eugene Onegin.

Charlotte is sung by mezzo-soprano Stéphanie d’Oustrac who is the great grand niece of composers Francis Poulenc and Jacques de La Presle. She has performed in Russia, the United States, Spain, Germany, Switzerland, China and at the Glyndebourne festival to which she is regularly invited, as well as in France, and is as comfortable in tragic roles as in those more light-hearted.

Canadian baritone Jean-François Lapointe takes the role of Albert. He has appeared in opera houses of major European cities, in America and in Japan, and among his favourite roles is the title in Debussy’s Pelleas et Melisande. This is a role which he has sung in cities such as Toronto, Bonn, Cincinnati, Marseille and Toulouse, as well as at la Scala, the Opéra Royal de Wallonie, the Théâtre des Champs-Elysées and at the Concertgebouw in Amsterdam.

Direction is by Jean-Louis Grinda, decor and costumes by Rudy Sabounghi, lighting by Laurent Castaingt and vidéo by Julien Lousier.

Massenet’s Werther runs at the Salle Garnier, Monte-Carlo Opera, from 20th to 26th February. More information is available on the Monte-Carlo Opera website where there’s a link for ticket reservations.