The festival – celebrating its 35th season – is presided over by Her Royal Highness the Princess of Hanover – and promises a wonderful extravaganza of music making, taking place in a selection of unique and glorious venues.

Take, for example, the world-class orchestras featured on the calendar. Sinfonia Varsovia opens the festival with the five Beethoven Piano Concertos – part of the tribute to great German composers. The other two being honoured are Heinrich Schütz – regarded as the most important German composer before J S Bach – and the controversial 20th century figure, Karlheinz Stockhausen.

The Beethoven concertos are spread over the first two programmes of the festival, which also feature the music of Mauricio Kagel (1931-2008), the Buenos Aires born composer of German descent, who became a significant name in musical and contemporary theatre. Sinfonia Varsovia performs under the baton of François-Frédéric Guy, who as soloist, directs from the piano. He holds Beethoven in high esteem, considering him as “…. the alpha and omega of my life as an artist…”.

In the first of two performances by the Monte-Carlo Philharmonic Orchestra, Michal Nesterowicz, one of Europe’s most exciting young conductors, takes to the podium of the Auditorium Rainier III. Principal Guest Conductor of Sinfonieorchester Basel, and Principal Guest Conductor of The Arthur Rubinstein Philharmonic, Maestro Nesterowicz makes his debut with the Philharmonic in a programme which features works by Kagel, Mendelssohn and Brahms. The soloist is French pianist Philippe Bianconi, who plays the Brahms Piano Concertos, Nos 1 and 2.

For its second appearance, the Philharmonic is led by Music Director Kazuki Yamada, in a programme which opens with Kagel’s Recitatievarie for harpsichord – the soloist is Matthias Geuting, Brahms’ Double Concerto is performed by French cellist Jean-Guihen Queyras, and violinist Daishin Kashimoto, First Concertmaster of the Berlin Philharmonic. The programme ends with Brahms’ Symphony No 3.

The BBC Symphony Orchestra has been central to British music since its founding in 1930, most notably playing a significant role in the annual BBC Proms festival of music. Hungarian composer, conductor and professor Peter Eötvös leads the Orchestra in a concert of works by Béla Bartók. The solo violinist is Renaud Capuçon – whose recent performance of the Philip Glass Violin Concerto drew high praise from Gramophone magazine: “Capuçon’s violin soars high above a descending chaconne bass in the slow middle movement, creating a beautiful glowing sonic halo.”

Printemps also features some wonderful smaller ensembles, quartets such as Diotima whose residency at Radio-France for the next three years has just been announced. The Grammy Award-winning Boston-based Parker Quartet is also appearing, an ensemble to which the New York Times refers as “something extraordinary”, and which The Washington Post describes as having “exceptional virtuosity [and] imaginative interpretation”. There’s the Renaud Capuçon Quartet which performs Beethoven’s String Quartets Nos 12 and 16, and the Signum Quartet whose recording of Schubert’s Aus der Ferne won the Diapason d’Or award last September, and which Diapason described as “one of the most sensitive interpretations ever recorded”. 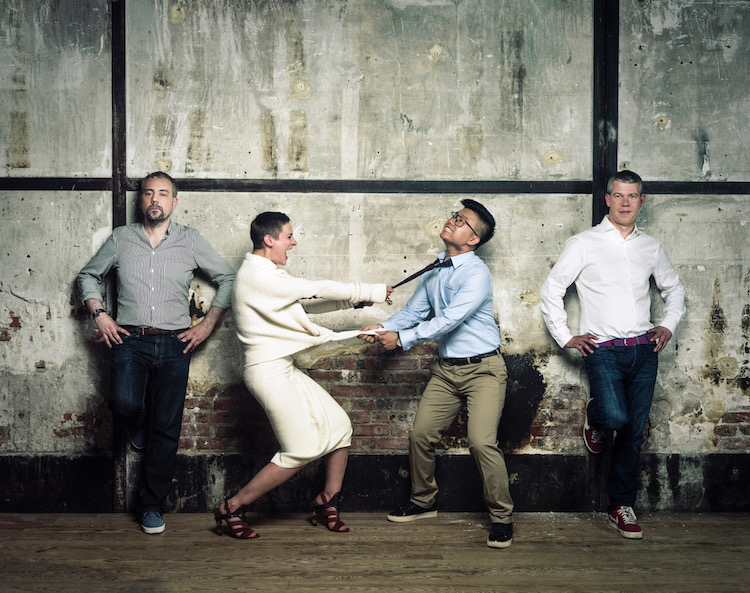 There are two world premieres scheduled for performance – pieces commissioned by the festival. Die neuen ruinen von Athen is by Greek composer and pianist Alexandros Markeas, the festival’s composer in residence. A former lecturer at the musicology faculty of Rouen, and currently teaching improvisation at the Paris Conservatory, he has a particular interest in traditional music.

The second is by French composer Yann Robin, whose works have been performed at venues such as the Muziekgebouw in Amsterdam, New York’s Lincoln Centre, the Wigmore Hall in London and at festivals such as the Biennale of Venice and the Lucerne Festival. Yann Robin is currently the composer in residence at l’Orchestre de la Suisse Romande.

There are masterclasses given by luminaries of the musical world, as well as a series of in-person appearances by some of the stars of the festival – casual talks with guest artists Philippe Bianconi, Renaud Capuçon, François-Frédéric Guy and French cellist Jean-Guihen Queyras – pre-concert conferences presented by musicologists and philosophers, and Masterclasses with violinist Liana Gourdjia – described by The Herald Times as having an “astonishingly pure tone, artistry and bewitching lyricism…” – French pianist Claire Désert, and Alexandros Markeas.

Night of the Piano features the music of 10 composers from the 17th to the 20th centuries, performed by three emerging young French pianists – Béatrice Berrut, Claire Désert and Aline Piboule.

Representing music from outside the European Union, the Ensemble Chirgilchin brings its unique sound to the Opera Garnier in an evening of traditional music from Mongolia – music and songs performed by a group of throat singers from Tuva, a small Russian province north of Western Mongolia. The word Chirgilchin can be translated as either “dance of the air in the heat of the day” or “miracle”, and the songs relate stories of the group’s homeland, its horses and its people. There’s an introduction to Mongolian music by Johanni Curtet, a specialist in ethnic music, on the previous evening at the Hotel de Paris

For those of an adventurous spirit, there’s the Voyage surprise, on which concert-goers will be transported by coach to undisclosed destinations between Monaco and Nice – always a popular event.