The story of the disappearance of a glamorous heiress in Nice, a case which remains unsolved to this day, hits the big screens this summer.

Long before the sordid murder of Monaco’s wealthiest woman became a sensational tabloid case recently, another tale of seduction, money and betrayal among the French Riviera’s rich and famous made the headlines of all the local newspapers: the infamous Le Roux Affair. Today, famed director André Téchiné, the man behind Ma saison préférée  and Les rosaux sauvages, is revisiting this family drama in his latest film L’homme qu’on aimait trop, staring Adèle Haenel, Guillaume Canet and Catherine Deneuve and shot mostly on location in Nice last year.

Released last Wednesday to mostly positive reviews, the movie has all the elements that make for a gripping story: a bitter casino war, a love triangle, an unsolved disappearance, a possible involvement of the French Connection… Sometimes reality is definitely stranger than fiction! 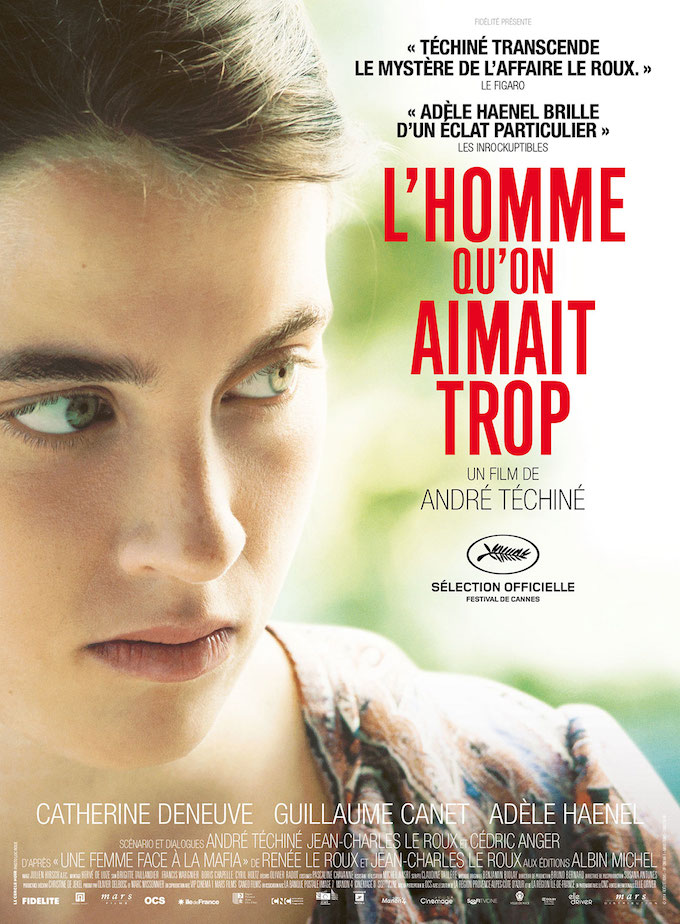 It all started some 37 years ago, when Agnès Le Roux, the glamorous daughter of the owner of the Palais de la Mediterranée, disappeared at the wheel of her Range Rover. At the time, Le Roux had been romantically involved with Maurice Agnelet, a lawyer and a serial womaniser, who convinced her to vote against her mother, a former model who also once dated Agnelet and was running the family-owned casino since the death of her husband, at a board meeting. This betrayal led to the take-over of the casino by Dominique Fratoni, the owner of Le Ruhl. Agnès received three million francs in return from Fratoni, but soon after the money was transferred to Agnelet’s private account, the lawyer decided to end their relationship and the heiress mysteriously vanished.

In 2007, Maurice Agnelet was sentenced to 20 years in prison after his third trial, but a few years later, a former mafia member, Jean Pierre Hernandiez, claimed that the real culprit was instead Jeannot Lucchesi, a well-known figure from the Marseille underworld, without however providing any real evidence to support his accusations.

Earlier this year, Agnelet, now 76 years old, was found guilty of the murder for the second time after his own son testified against him, and is back behind bars. However, in the absence of any witnesses and with the body of the victim still to be found, doubts remain as to identity of the culprit, and while Téchiné’s movie does a good job recreating the Nice of the 70’s, it deliberately refrains from providing an answer.

L’homme qu’on aimait trop is currently playing in cinemas all over France.