Parlare italiano non è necessario (although it helps) when Espace Magnan invites you to its annual cinematographic trip around the Boot.

There are those voices that – after a couple of decades of structural and financial difficulties, not to mention an extended artistic drought – claim that Italian cinema is dead. Far from it, says the Espace Magnan in Nizza – pardon, Nice – and proudly presents the 30th edition of its annual Italian Movie Festival this March as a firework of cinematographic highlights.

The numbers speak for themselves: 15 days (from March 14 through 28), 14 films, including 8 previously unreleased in France, ranging from documentaries to westerns, comedy, and drama, 50 shows, a national pre-premiere, and an impressive line-up of established and newly minted actors and directors….. But the true treasure lies in the visual and emotional journey up and down the length of Italy, from Turin to the Trentino region, from Naples to Appulia by way of Sicily and Sardinia, and of course the Eternal City of Rome. We discover history and histories, we laugh and cry with the real heroes and fictional characters we encounter, we step into that sacred universe of cinematographic talent that seems inherently genetic to Italian film makers. 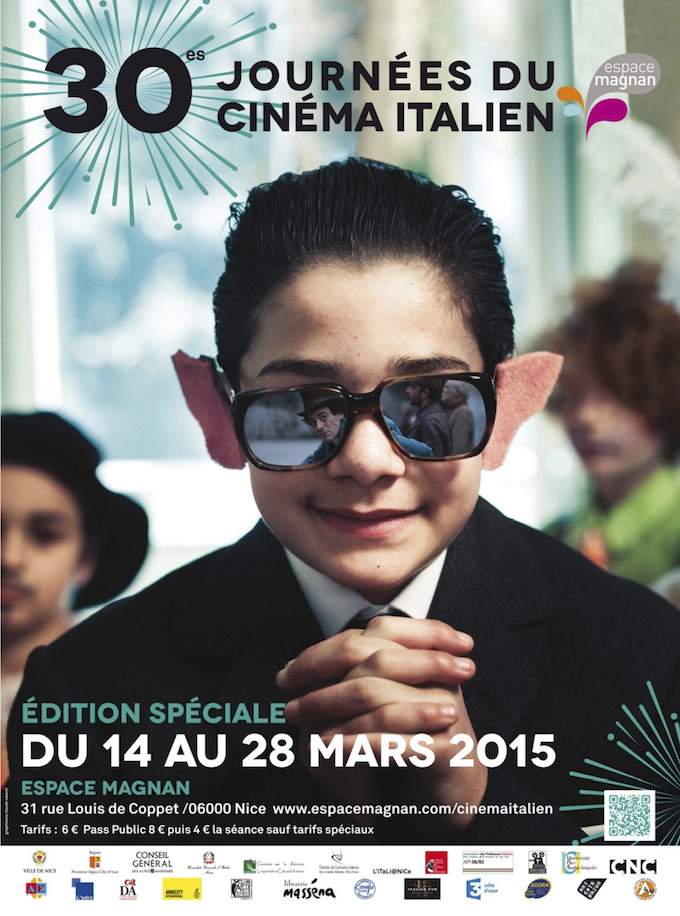 And we render homage to the great Federico Fellini when the Niçois Dante Alighieri Society presents “Che strano chiamarsi Federico!”, Ettore Scola’s biopic about the Maestro. “I wanted to talk to Federico. Conjure up memories, replay conversations, remember documents and drawings we did together….. With Federico, you would laugh a lot. About life, about the world, and about himself,” was Ettore Scola’s motivation behind his cineastic memorial to the Maestro.

There is even something on tap for the young audience – a projection of cartoons for kids as young as two years old, and a storytelling session for those 6 and up. And no less than 19 shows for school classes address italophone students and their specific interests.

With a line-up like this – see details here – it is certainly safe to state that “Reports of the demise of the Italian cinema are largely exaggerated.”