12 Years A Slave. Based on a true story of one man’s fight for survival and freedom. Nine Oscar nominations. But is it worth seeing?

There is an important sense in which this is the best film that could be made about black slavery in America. It doesn’t trivialise or sentimentalise; it never cheapens the story by taking pity on its characters. If the slaves don’t do as they’re told, they will be beaten. If they annoy their masters, they will be beaten. And if they have the misfortune to be female and attractive, they might be raped as well.

12 Years a Slave is the story of Solomon Northup (Chiwetel Ejiofor), a free negro and family man who is abducted and sold into slavery. Assigned a new name, he is purchased by a relatively kind plantation owner (played by Benedict Cumberbatch) who is open to his suggestions and encourages his musical talent.

This situation is too good to last, and a run-in with an unpleasant carpenter on the estate results in Solomon being sold on to the venal tyrant Edwin Epps (Michael Fassbender). The slaves on his cotton farm each have to find their own way of dealing with physical abuse, grief, separation from their loved ones, and, in Solomon’s case, betrayal. 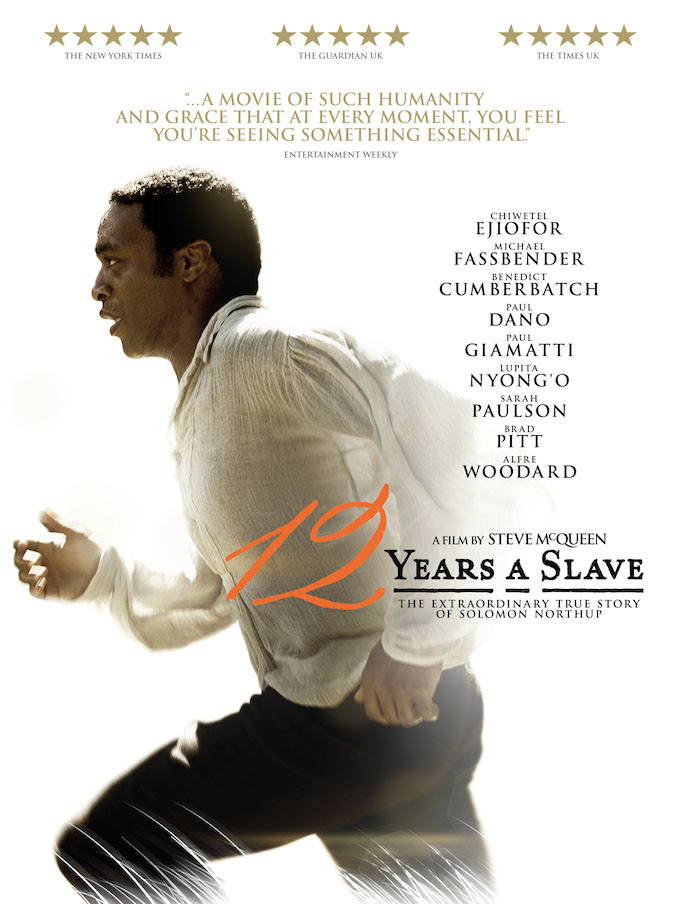 The main character is well-rounded. He is brave but not too brave; he can be cannily submissive or furiously rebellious; he acts in his best interest sometimes by speaking and sometimes by remaining silent. But the most affecting scenes involve the young slave Patsey (Lupita Nyong’o), who has to endure things that are sometimes difficult to watch. It’s just a shame that her character isn’t fleshed out more, as the one scene where she expresses her feelings is an affecting one.

In fact, most of the slaves are near-silent presences. The story could surely have benefited from more scenes of the workers talking with each other, drawing each other out, giving us an opportunity to be charmed by them. When the characters – black and white – do speak, it is in a flowery style that is possibly historically accurate, but sounds awkward to the modern ear and blunts the potential impact of their words. Some of the dialogue is also a bit on the nose, particularly that of Brad Pitt’s character.

Rather than prioritising character development, the film repeatedly portrays the slaves at work, picking cotton and singing. While this is an accurate portrayal of the monotony of slave life, it doesn’t make for effective drama.

There are also many scenes of brutality, and while some of them are incredibly potent, the sheer number of them means they can’t all have equal power. Overall the film could easily lose half an hour of its running time, enhancing rather than diminishing its impact.

For all these artistic shortcomings, 12 Years a Slave is often affecting and ultimately thought-provoking. Its brutal lack of evasiveness alone gives it importance and worth. It’s not one of the best films ever made. But it’s a good thing it was made.