Designing a travel-themed perfume for LV was famous perfume maker Jacques Cavallier Belletrud’s mission. He came up with seven.

The earthy smell of fine new leather … the exquisite fragrance of a delicate flower … scents that evoke emotions doubtlessly belong to life’s greatest sensory pleasures. When Louis Vuitton, manufacturer of bespoke travel gear, sought to expand its range of luxury accessories with a perfume, it was therefore only natural to turn to Grasse, world capital of perfume making, and to go straight to one of the undisputed masters – called “nez” – Jacques Cavallier Belletrud. That was in 2012, and the fruit of this collaboration, a series of seven fine perfumes, will be launched in Louis Vuitton stores this September.

Perfume lovers know his name well: Jacques Cavallier Belletrud (pictured below) is the creator of some of the most recognizable scents of the past several decades, among them Christian Dior’s Midnight Poison, Giorgio Armani’s Acqua di Gio, and Issey Miyake’s L’Eau d’Issey. Tasked by Louis Vuitton to develop a travel theme, the native Grassois – son and grandson of perfume makers, and a passionate traveler himself – willingly accepted his mission. “Every journey has a point of departure, and for me it was “Les Fontaines Parfumées”, he reminisces, referring to the 17th century country manor that LVMH had bought and renovated in 2013. 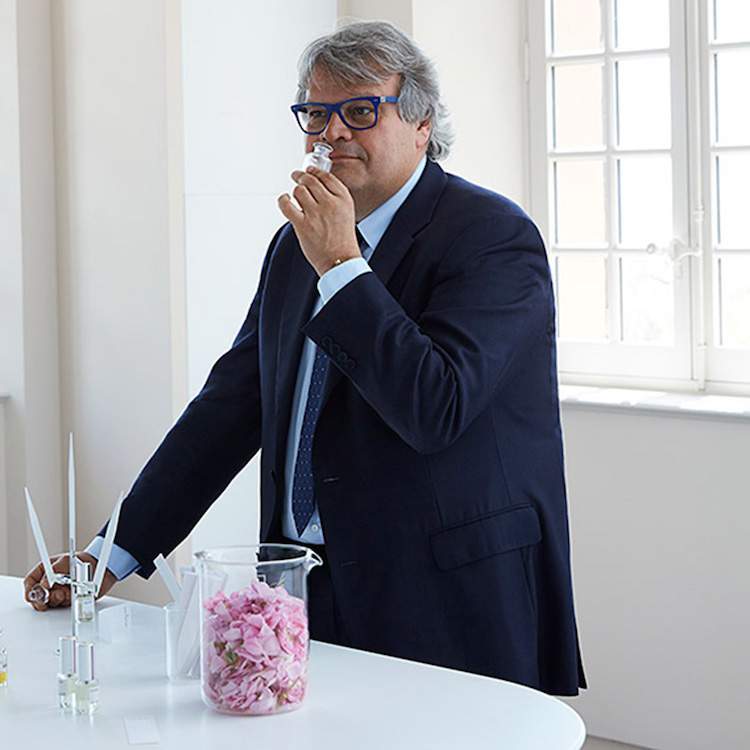 His quest to capture the essence of flowers and spices evoking distant shores took him to five continents, and his journey was as much physical as it was spiritual, when, on the other side of the world, a particular fragrance would suddenly transport him back to his grandfather’s flower garden, or a long-forgotten emotion. Returning with a collection of memories, he distilled those into seven sophisticated scents, intensely feminine, floral, and extravagant in nature.

From the airiness of Rose des Vents to the intoxicating Turbulences, the ecstasy of a first night with Dans la Peau to the mindful immersion in nature with Apogée; from the self-revealing Contre Moi to an exploration of a darker side with Matière Noire and the explosion of the senses with Mille Feux … each of these Louis Vuitton perfumes tells a sensual story and describes a journey of the emotions, created with women in mind because “Women are the ones who choose; they’re the ones who decide in life…it was impossible for me to do something other than a women’s fragrance.”

Flowers are Jacques Cavallier Belletrud’s preferred raw material. “Jasmine and rose but also I love magnolia and osmanthus. There’s some Chinese jasmine that I love, ginger from Nigeria or India, pepper from Africa, geranium from China and vanilla from Madagascar.” Great perfumes take the right balance and surprising contrasts, the master perfumer reveals. A classic scent like a rose might create an interesting effect when combined with a completely different element such as leather. There are also flowers from China that are used to flavour tea, so why not take them and add them to perfume as well … A global journey of emotional and olfactory sensations indeed, elegantly captured in heavy glass flacons reminiscent of apothecary vials, the creation of designer Marc Newson. 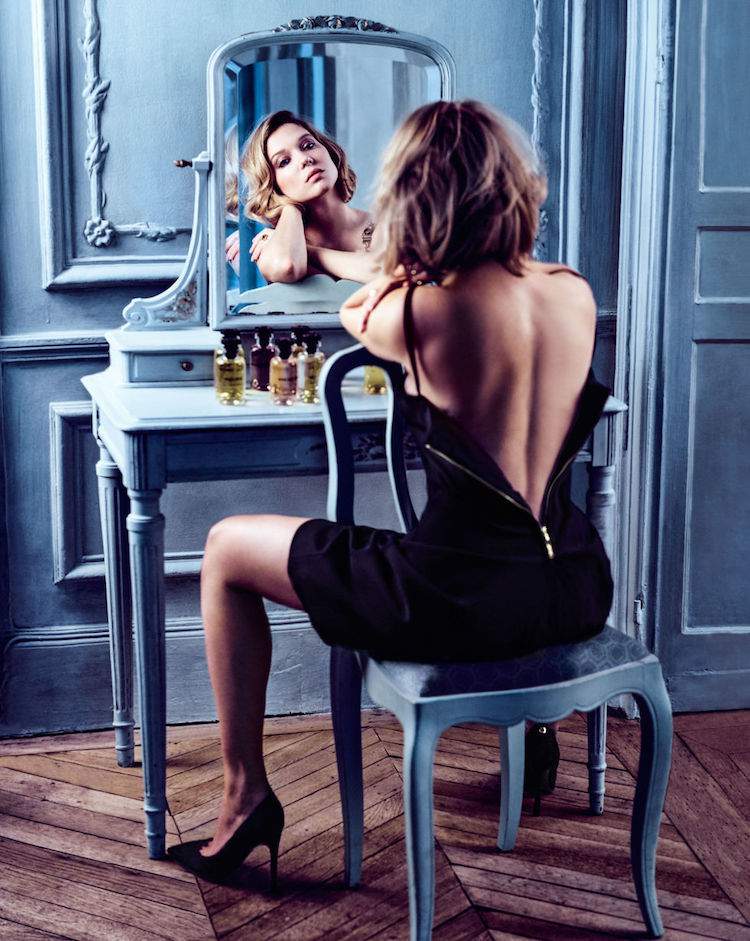 French actress Léa Seydoux is the face of the campaign. Her choice: Rose des Vents – Rose of the Winds. “I love the strong, dominant rose. For me, the rose is the symbol of femininity. It embodies mystery and sensuality.”

The fragrances will be available in 100 and 200 ml Eau de Parfum, with additional travel spray set of four x 7.5 ml and a limited edition set of all seven miniatures x 10 ml. Once empty, they may be refilled at a “perfumed fountain” at any Louis Vuitton store.