So, how do you get to feature in the fashion magazines of the world? What young girl does not dream of being on the cover of a magazine, of smiling into the camera and enchanting the world?

Most have quickly discarded their dream and chosen ‘something decent’ on the recommendation of their parents, others have actually had a brilliant career. And a selected few have even made it onto the cover of Harper’s Bazaar, the oldest fashion magazine in the world.

We met Lea Mornar in Cannes. As a matter of fact, at the prestigious Cannes Film Festival. While the festival is all about the latest films, our focus is on top models like Lea, who have already made the dream of modelling a reality. And they have worked hard for it. Anyone who wants to become a model and take off internationally needs a beautiful face and a great figure, charisma and discipline, should have an open character, be persevering, flexible and like to travel. 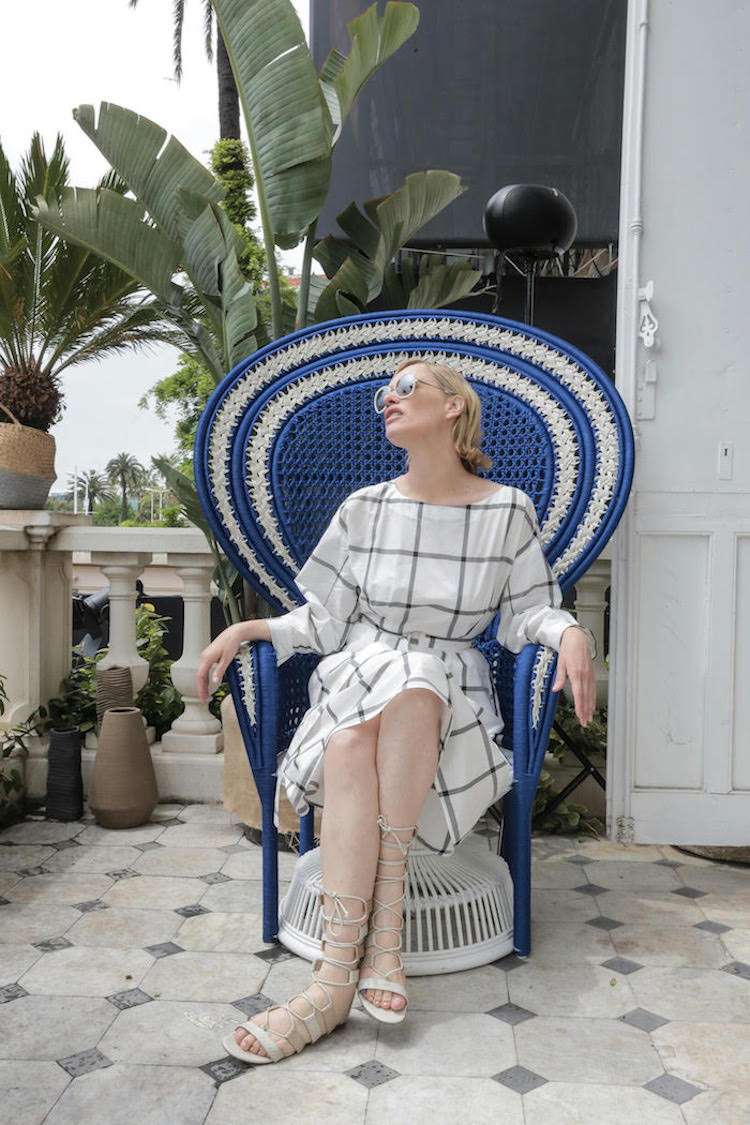 We ask Lea to tell us a bit about herself and the native Croatian asks laughing: ‘In what language? I am fluent in English, German, Italian and Croatian. Speaking languages helps a lot and it’s fun too.’ At the age of 17, she tells us, she left her hometown of Split and has since lived in Italy, France, the UK and now, Berlin.

‘I work as an actress and as a model, many photographers know me, I am represented by agencies in Germany, Italy, the UK and by a fashion agency in Paris. The Cannes Film Festival in May was a fantastic experience and as always unique. I was very happy to have Breck Graham from Black and Paper who organized a gig on the red carpet for me. This year I concentrated more on the red carpet, a lot happens on site. Breck Graham took care of styling and outfits and brought me together with Mephistopheles Productions – they represent the designer and take care of the media side of things. They were on site and had all the looks prepared for me. In the photo in Harper’s Bazaar, I am wearing Ziad Nakad’s Haute Couture, isn’t it wonderful?’

Agencies not only help models land new jobs, but also look after the whole management process, organising appointments for shoots, and take responsibility for the billing for individual jobs. The complete communication and interaction with customers is led by a model booker, who serves as a contact between model and brand. 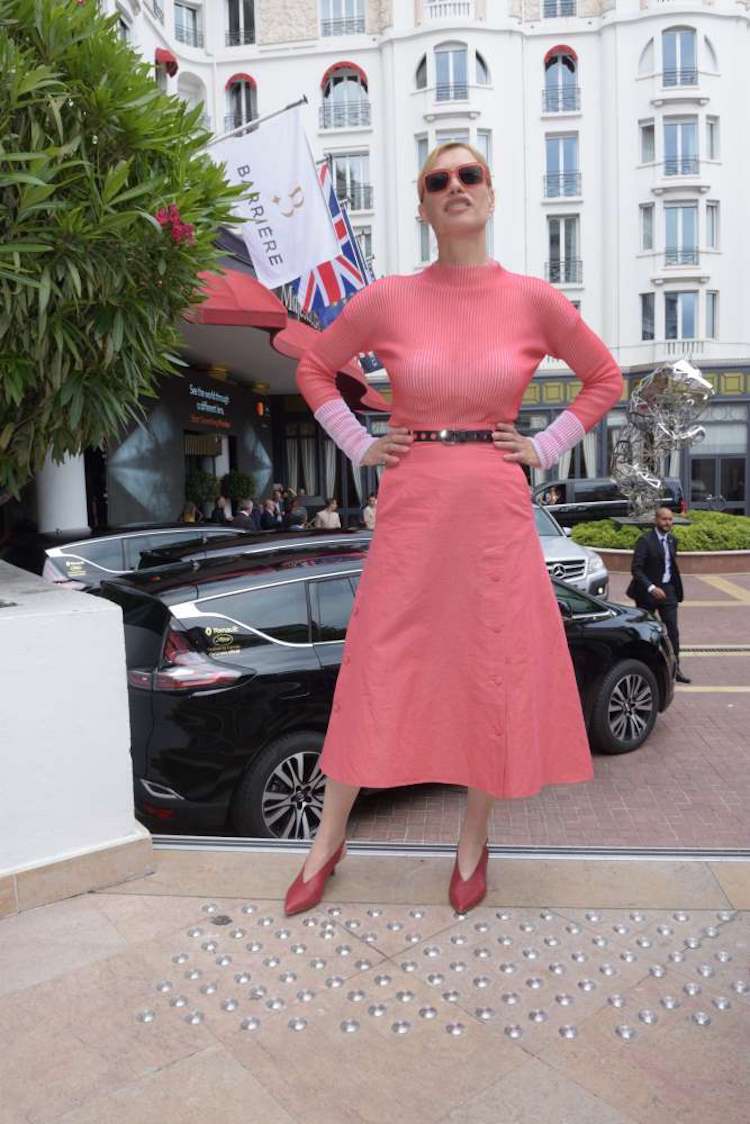 ‘Breck Graham organised the shoes and bags from Cividini for me for each day, with everything being sent from Italy to Berlin or directly to Cannes in a big two meter box. I got sunglasses from Etnia Barcelona (via Bold PR in Berlin) and Izipizi (via Lizzn PR in Berlin).’

Would you advise young girls to become models? ‘Well’, she says, ‘I think everyone has to find that out for themselves because they have to live with it, also with the disadvantages. You have to know yourself well. For me, life is an adventure, so it suits me. It’s a little bit of everything, but it is not boring. I love beautiful surprises and can pack my suitcases at any time and be anywhere else. I cannot commit myself and enjoy the freedom, I quickly feel at home everywhere. I don’t like repetition or routine.’

‘Factors like beauty are certainly a part of modeling, it is in the eye of the beholder. We women exist in all possible facets, we’re big, small, curvy, thin, dark or red or blond – and that’s all perfect. What everyone must have, though, is charisma.’ 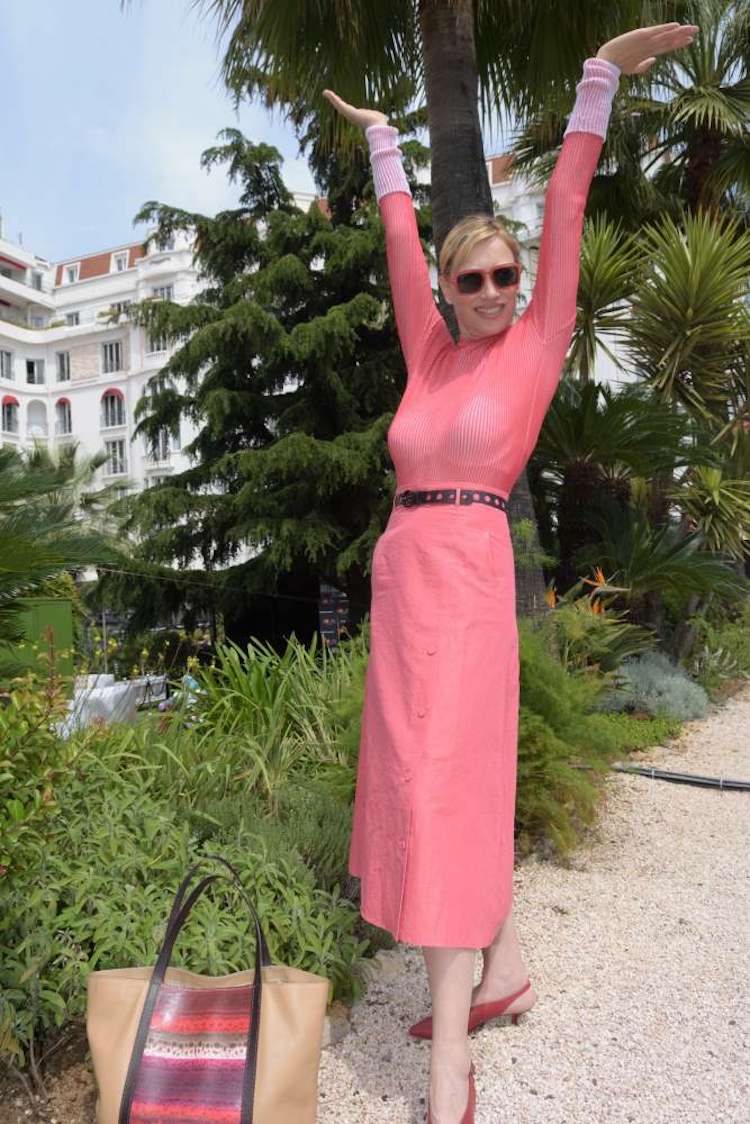 Lea, you have plenty of these attributes, and you have definitely stolen the show from the stars in Cannes! We wish you all the best!

All photos © Huw Jennings 2019, except Lea sitting by Camille Zerhat / Tendays in Paris