Poland may not rank very high on many people’s list of places to see, but it is nonetheless a fascinating country with a turbulent yet rich history.

The first time I went to Poland was on a field trip while in high school to visit the sadly infamous concentration camp in Auschwitz. An emotional voyage to say the least. But if on a personal level it was a life changing experience to stand on the same spot where so many were sent to their death, it was also frustrating to have images of this country’s darkest past as the only memories of that visit. So when the opportunity to visit Warsaw and Krakow presented itself last summer, I just could not let it pass. Poland has a vibrant energy and many World Heritage sites that definitely make it a great destination for travelers.

The former Polish capital, Krakow, does not need any introduction. Considered by many as one of the most enchanting cities in Eastern Europe, it remains in many ways the cultural and artistic hub of the country. Its historic center not only avoided destruction during World War II, it also survived the Soviet occupation. Today, it remains a prime example of medieval architecture. Its main square, Rynek Główny, which covers an area of 10 acres, is the largest in Europe, dating from the 13th century, and is surrounded by an array of amazing buildings. St Mary’s Basilica (pictured below), for example, is a gothic church built around the same time, from where a trumpet signal is played every hour to remind people of the Tatars’ invasion, and Sukiennice, the cloth hall, combines elements from both the medieval times and the Renaissance. 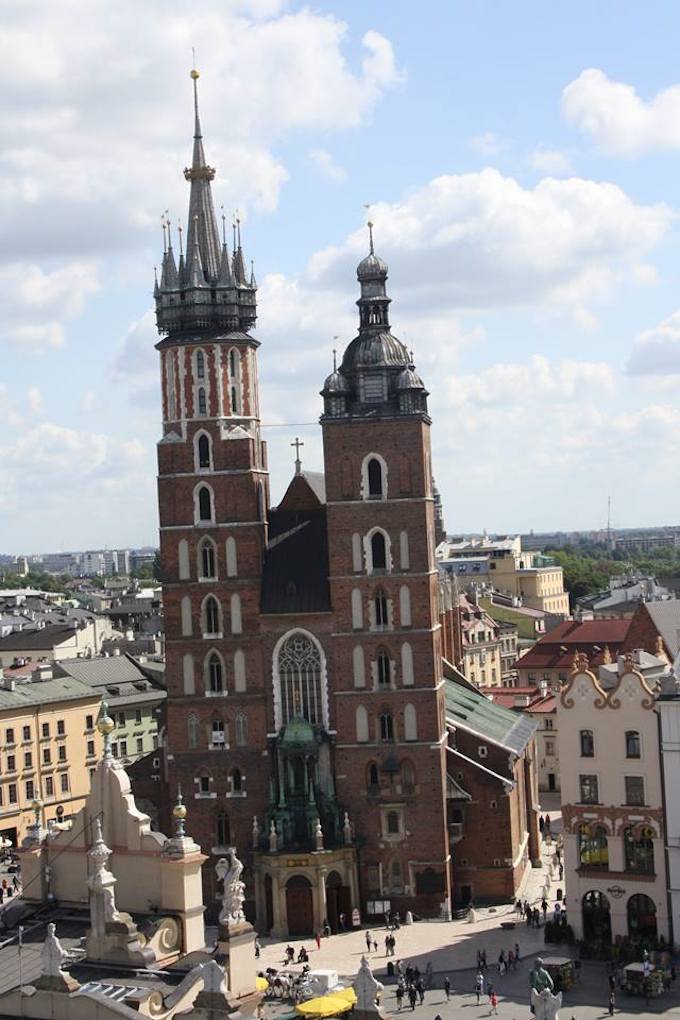 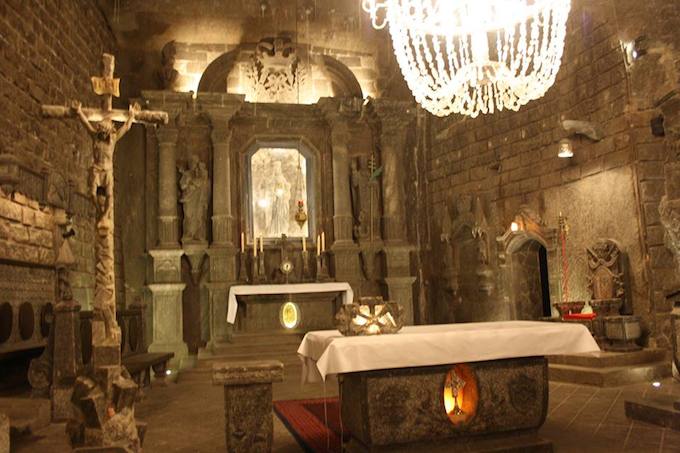 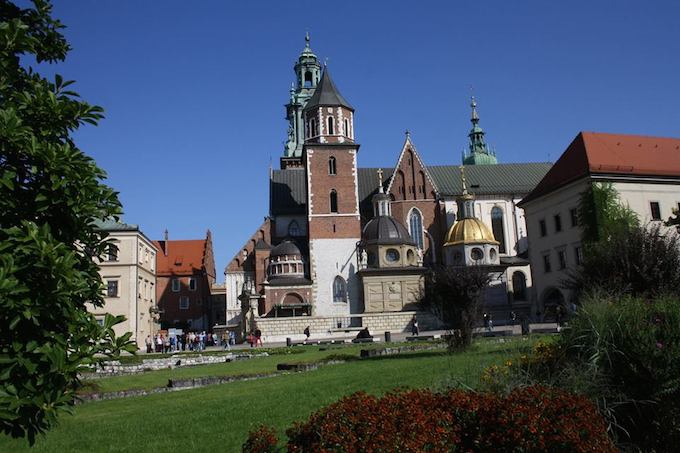 A walk down the Royal Road will then lead you to Wawel Castle, an amazing fortified outpost rebuilt in 1595 in the early Baroque style which housed the Polish monarchs for over five centuries and now towers over the old town.

Further away, Kazimierz, the former Jewish district is a nice place to wander around with its cobbled streets, courtyards, trendy cafés and old synagogues, while Podgorze, just across the Vitsula river, is an up and coming area despite its tragic history. This is where the Jewish ghetto was located during the war and where Oskar Schindler had his factory.

Aside from a visit to Auschwitz, located approximately 40 miles outside the city, a trip to Krakow would not be complete without a tour of the Wieliczka salt mines, one of Poland’s most famous historic monuments with its dozens of statutes and a huge cathedral, all carved out of the rock salt by the miners. 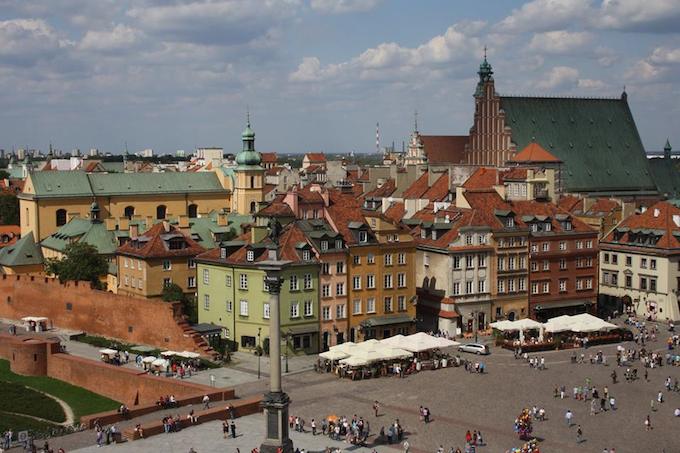 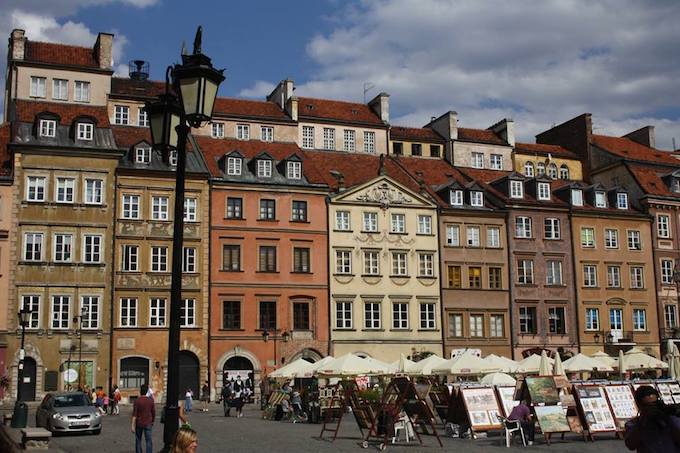 The administrative capital, Warsaw, on the other hand may not be your typical beautiful city, especially compared to some of its Easter European counterparts like Prague and Budapest, but it still has a lot to offer. From its Royal Castle and reconstructed Medieval Old Town, to its magnificent parks and the Palace on the water, a neoclassical monument located on an artificial island surrounded by a lake, it is a fascinating mix of architectural styles. It also boasts many great museums, including one dedicated to Fryderyk Chopin. Indeed, the composer still remains closely associated to the city to this day.

Finally, you should not leave Poland without trying some of the country’s culinary specialties such as the Pierogi, dumplings traditionally stuffed with potatoes, meat, cheese or spinach and the Zrazy, thin slices of beef stuffed with bacon, bread crumbs, mushrooms and cucumber. 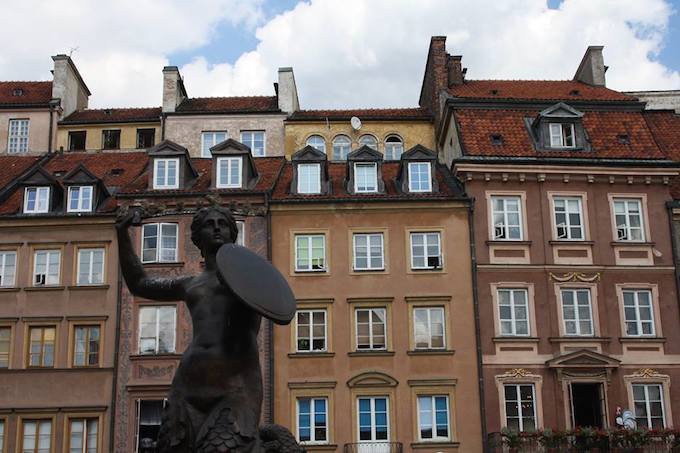