Invited by the Prince Albert II of Monaco Foundation, American Oscar winner Robert Redford is lauded for decades’ worth of advocacy for environmental issues

After Orlando Bloom and Leonardo di Caprio in preceding years, yet another Hollywood heavyweight has earned the Prince Albert II Foundation’s recognition for his outstanding engagement to save the planet: on September 26, 2019, Robert Redford will walk the red (or rather, blue) carpet as the laureate of this year’s 3rd Monte-Carlo Gala for the Global Ocean. Chaired by HSH Prince Albert II of Monaco and held on the spectacular Opéra Garnier Terraces, this major fundraising event gathers international artists and philanthropists in favor of the Foundation’s worldwide initiatives addressing the oceans’ pressing challenges.

“We are pleased to honour Robert Redford, who has made a significant contribution to public awareness to the environmental challenges facing the world,” says the Sovereign of the Principality. “Mr. Redford is a long-time champion for climate change action, and it is our privilege to celebrate his life’s work.” The American actor, director, and screenwriter returns the compliment in a statement: 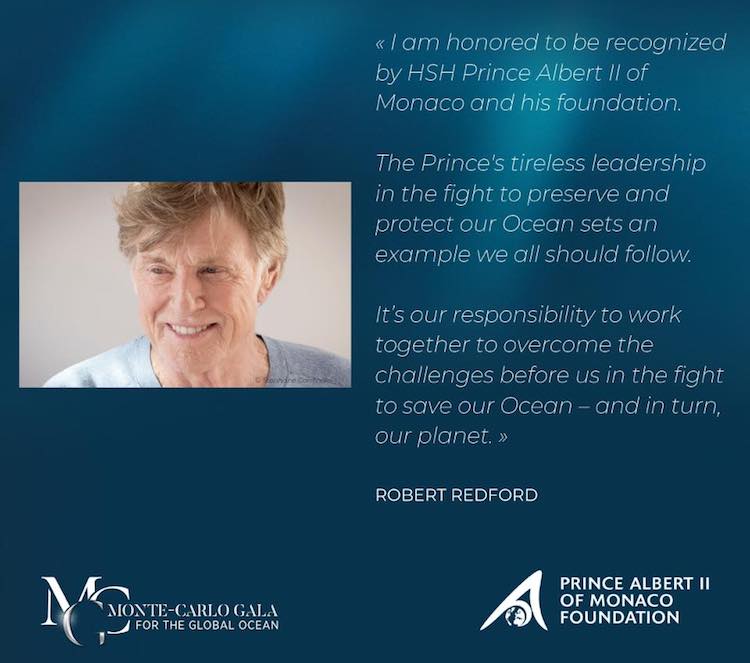 Robert Redford’s legacy in the field of environmental protection is remarkable indeed. An engaged citizen at the forefront of the battle for clean air and protected spaces since the early 1970s, he has been donating money, land, and time for the cause. The actor-director is also the founder of the Redford Center which produces original impact-driven documentaries about people taking action to protect and restore the planet for current and future generations. A doer rather than a talker, Redford sums up his message in a succinct statement, “I think the environment should be put in the category of our national security. Defense of our resources is just as important as defense abroad. Otherwise what is there to defend?”

The prestigious Monte-Carlo Gala, jointly organized by the foundation and Milutin Gatsby, Global Fundraising Chairman, has positioned itself as one of the most memorable charity events in the world. On the programme: red carpet, cocktail reception, dinner prepared by a star chef, and performances by international artists. The star-studded guest list includes, among many luminaries from the arts, sports, and business, American actor Ryan Seacrest who advocates “our collective responsibility toward future generations”, and multiple Emmy and Golden Globe winner Jane Seymour. The English ex-Bond girl who has turned to social activism in recent years says she is “proud to join the Prince and his Foundation in their fight for a clean and sustainable Ocean.”

The highlight of the evening is an exceptional auction, which will be em’ceed by Nicole Kidman, no less! Lots include many unique objects, collectibles, memorabilia, once-in-a-lifetime events with VIPs, and a selection of fine art from some of the world’s most important artists. Proceeds from the auction will support the Foundation’s initiatives dedicated to the Ocean: the development of marine protected areas, the protection of threatened marine species, the mitigation of the impact of climate change and acidification on the Ocean, the promotion of innovation, and the fight against plastic pollution.

Last year, with Leonardo di Caprio as the laureate, the auction yielded €21 million, all going toward the cause of ocean health – and impressive as this sum is, it is but a drop in the proverbial bucket. 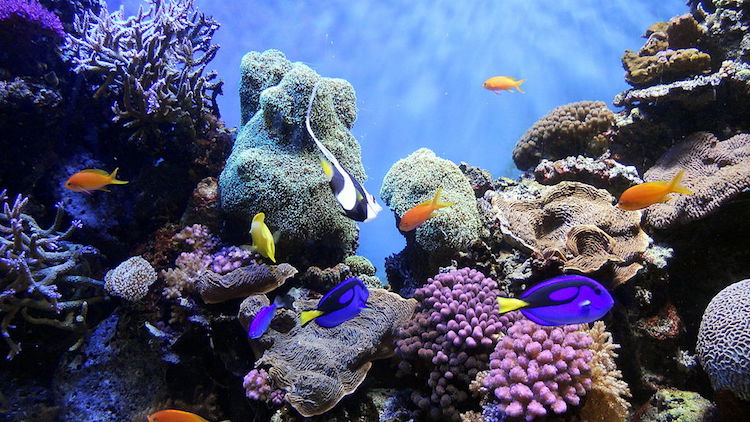 Monaco’s sovereign has been an indefatigable champion for terrestrial and oceanic preservation and climate change issues. Founded in 2006, the FPA2 raises awareness for these pressing causes and mounts numerous scientific, educational, and social events throughout the year to sensitize the public for the global environmental challenge we all – as individuals and as a society – need to address.

Representing more than 70% of the planet’s surface and 97% of the biosphere, the global Ocean plays a key role in climate regulation, producing 50% of the oxygen we breathe and absorbing 25% of the carbon dioxide released in the atmosphere. Yet it is threatened by pressures from climate change, pollution, plastics and overfishing.

Today, based on the marine gross product, the Ocean is the 7th largest economy in the world and the overall estimated value of key ocean assets represents more than 24 trillion USD. However, only 4% of the global ocean enjoys protected status. If fishing rates continue at the existing pace, the world’s fisheries will collapse by 2048, and at current rates of temperature rise, coral reefs will disappear by 2050. Emblematic marine species are also threatened with extinction, such as sharks, of which one hundred million are killed every year. 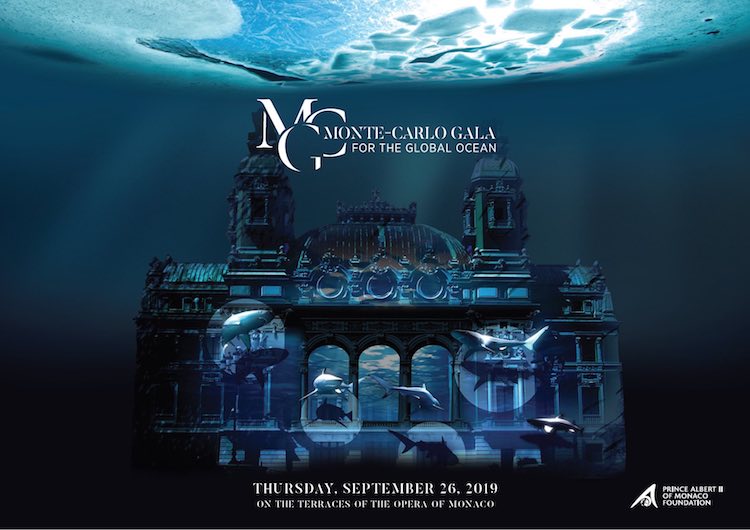 Facing this global challenge of unprecedented magnitude, the Prince Albert II of Monaco Foundation is taking action to curb the trend and promote a sustainable Ocean by creating a new alliance between humanity and the Ocean – the only way to guarantee our future. “Today, we know the immense opportunities offered by the ocean, provided we are able to protect it efficiently and manage it in a sustainable manner”, Prince Albert emphasizes. The Foundation’s engagement for the current 2018/19 period focuses on eight key areas:

“Because to save our planet, to change a system that destroys it step by step, we will need all the ideas, all the good-will, all the mobilizable means. We will need to multiply the initiatives, from the most confidential to the most global ones, from the most classical to the most innovative ones. And we will need to do everything to convince the world to change with us. This is our destiny today, the destiny of our generations: taking these problems head on, to save this planet before it is too late. It is our responsibility and that is why we are here.”
— H.S.H. Prince Albert II of Monaco

For more information and reservation for the Gala, visit the official website or email FPA2oceangala@fpa2.org