The new 1,100 metre viaduct to replace the section of the A10 motorway which collapsed without warning in August, is a masterpiece of functionality, aesthetics, and symbolism

The victims are accounted for, the rubble has been cleared, and demolition is underway. Four months after the catastrophic collapse of a portion of the Morandi overpass which cost the lives of 43 people, the city of Genoa is ready to move on and reconstruct the vital artery between the port city and the French Riviera. The contract has been awarded to a consortium of three Italian construction firms for their proposal based on a plan by Renzo Piano, known throughout the world as Italy’s Greatest Living Architect. Not only the author of iconic architectural marvels such as the Centre Pompidou in Paris, The Shard in London, The New York Times Building, and Berlin’s Potsdamer Platz – Piano is also a Genoa native. And as such, the 81 year old has offered his services free of charge, out of civic spirit.

“It will be a beautiful bridge, beautiful in the sense as beauty is understood in Genoa. A very Genoese bridge. Simple but not trivial,” Piano explains his idea. He envisions the new construction of white steel as very symbolic of Genoa… “lighter than the old one, with a luminosity of its own”. Weight-bearing columns are reminiscent of the bow of a ship, and 43 lamps – one in honour of each victim – will cast a light designed to resemble ship’s sails. The new bridge will be known under its official name Valpolcevera in honour of Genoa’s busy city centre located beneath, which is also being redeveloped. 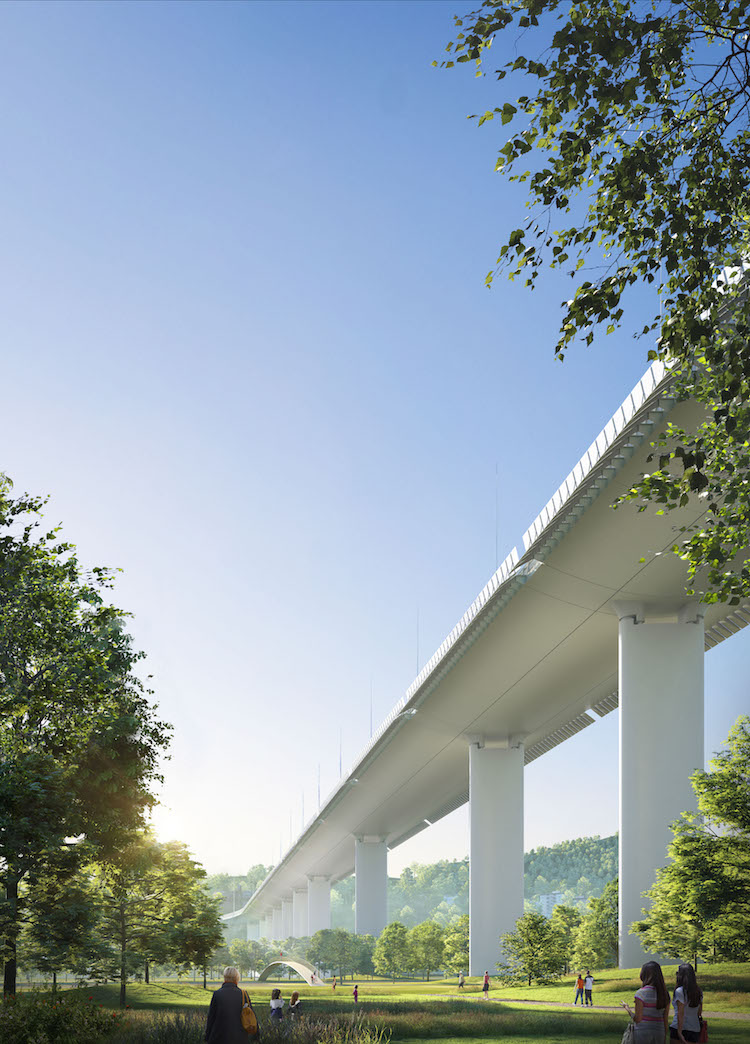 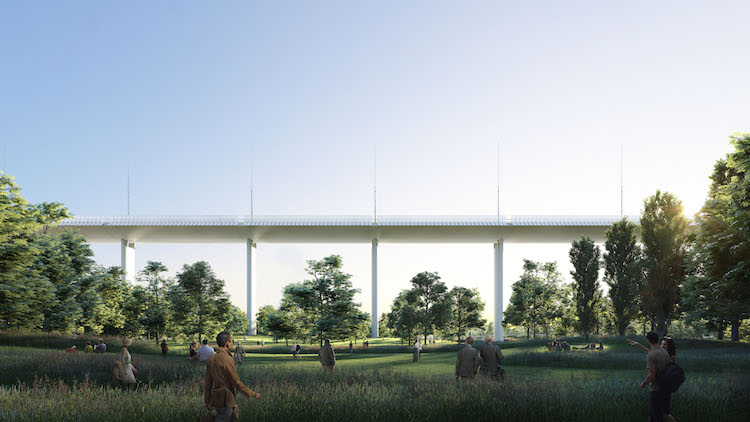 “Renzo Piano has agreed to oversee the project and act as technical supervisor. The bridge’s rapid reconstruction is crucial not just for Genoa and its region, but for all of northern Italy and I daresay for France and Switzerland”, comments Mayor Marco Bucci, setting an ambitious opening target of Christmas 2019.

Bearing the Piano signature, which lends an elegant, playful lightness and soaring lines to an industrial core, this bridge is bound to become a new landmark for the Ligurian capital. But it is not the architect’s only œuvre in his home town: Beyond the complete restyling of the ancient Porta Siberia port zone he also created a large biosphere made of metal and glass, nicknamed “Piano’s bubble” or “The Ball”, which currently houses the reconstruction of a tropical environment complete with flora and fauna. Piano also designed the subway stations and Punta Nave, base of the Renzo Piano Building Workshop.

But Genoa’s cityscape is not the only one which Renzo Piano has redefined over his prolific 50+ year career. His bold constructions dot the globe from Paris to London, Amsterdam, Düsseldorf, Rome, Chicago, San Francisco, New York, Toronto, Nouméa, Sydney, and most anywhere in between. He has a predilection for buildings that serve culture – libraries, concert halls, art centers, and museums – but there are also some impressive industrial and civilian structures in his portfolio, including Kansei International Airport and the Parliament in La Valletta, Malta. His work has earned him numerous prestigious awards and honours including the Pritzker Prize in 1998 – often called “the Nobel Prize of architecture” – and he has been compared to creative visionaries like da Vinci and Michelangelo.

The new bridge project in Genoa is not the only one for which Piano volunteers his skills and talents. He has been actively involved in humanitarian projects in his home country, leading reconstruction efforts after the devastating 2016 earthquake in Central Italy, and designing an auditorium to replace the one destroyed in the 2009 L’Aquila earthquake.

Building is always a gesture of solidarity, and I am sure that the new Genoa bridge will also be a reason for pride.
— Renzo Piano

PS: Through 20 January 2019, our readers in London still have the opportunity to visit the current Renzo Piano exhibition “The Art of Making Buildings” at the Royal Academy of Arts, and catch the screening of a documentary made by acclaimed filmmaker/director Carlos Saura and titled “Renzo Piano, the Architect of Light” which follows the protagonist during the design and construction of Centro Botín in Santander (Friday, 11 January 2019 at 6.30 pm at the Benjamin West Lecture Theatre, Burlington Gardens, Royal Academy of Arts, Piccadilly) 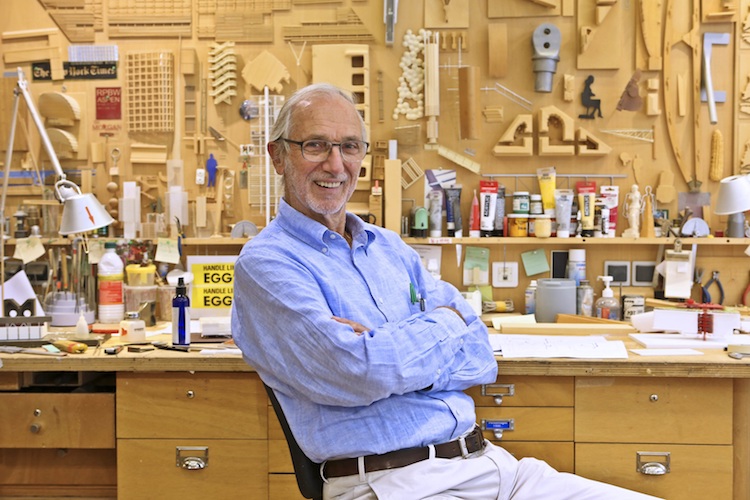