No stranger to celluloid productions of any kind, Cannes kicks it up another notch with the brand new international Cannes Séries festival.

miptv, the annual showcase of global TV, kicked off with a bang on 3 April 2017 when Cannes’ mayor David Lisnard and former culture minister Fleur Pellerin jointly announced Cannes Séries, the first TV series festival worldwide entirely dedicated to the process from production to distribution. Running alongside miptv, the first edition of this weeklong event will see the light of day in 2018.

Featuring content that runs the entire gamut (except animation) and accepts all lengths from short film to overlong, “Cannes Séries wants to become the leading international series festival both for professionals and for the public at large, glamorous and popular at the same time,” as per David Lisnard, the town’s young, dynamic and forward-thinking mayor. On the ambitious schedule: over 200 free screenings in cinemas all over Cannes, including an all-night “Serivores” event. TV and web viewers can vote for their favourite series. A dozen new series will premier right here. An international competition crowns the Best Of. And sideline events such as master classes, debates, round tables, and retrospectives supplement the festival…

But this is not where the buck stops: all-year programmes which include writers’ residencies, professional training in the creation of digital series, and international partnerships with production companies and universities add an important economic aspect to Cannes as an international hub of the film making industry. For the creative angle hides an economic master plan: The popularity of television series has exploded since the 1990s, and they have won their rightful place as an important and influential genre in entertainment. As such, they can act as a vector beyond their immediate raison d’être, according to mayor Lisnard. Cannes and the French Riviera have traditionally been a popular backdrop and launch pad for national and international TV productions. To also capitalize on the region’s potential as a hotbed of creative industries by supporting the educational and logistic structures that make film happen in the first place is only a logical move.

The festival has its roots in a non-profit organization founded by Fleur Pellerin, former national Minister for Culture, who gladly heeded David Lisnard to co-create and preside over such an event in Cannes. With the Cannes Film Festival as a model and a budget of € 4 million at hand, she will be responsible for the artistic choice. While numerous prestigious partners such as Canal+ have already pledged their support, Cannes still awaits the State’s patronage which is slow to come because Paris currently backs a similar festival in Lille, but mayor Lisnard is hopeful it will come sooner rather than later. “Cannes Séries will be a glamorous, cultural, artistic, professional and popular event, with or without the State’s support”, he said. And there surely Cannes be no doubt of that. 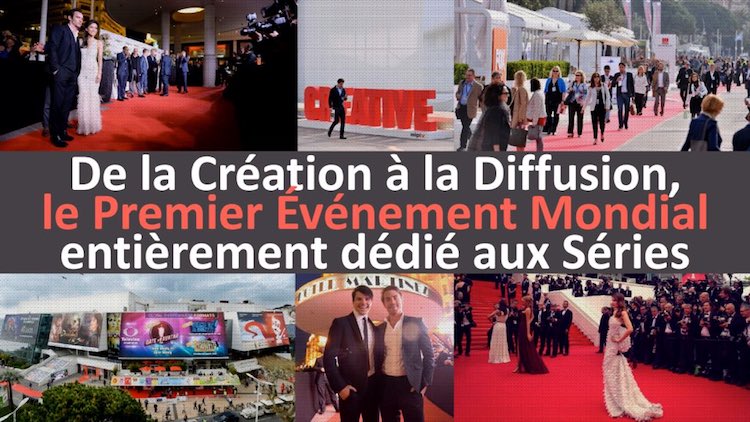