The centenary of the birth of Spanish writer and Nobel Prize winner for Literature, Camilo José Cela, was marked in Cannes yesterday.

Wednesday, the 11th of May, 2016 witnessed the official opening of the 69th Cannes Film Festival on the Croisette, but also the centenary of the birth of Camilo José Cela y Trulock, 1st Marquis of Iria Flavia, Spanish novelist, poet, and essayist, and also Nobel Laureate.

The artist Cristóbal Gabarrón and the Ville de Cannes joined forces to pay tribute to these two events, unveiling a new sculpture at the Quai Saint-Pierre in the heart of the Vieux Port of Cannes. The sculpture is made of steel and polychrome fibreglass, and stands over seven meters tall. 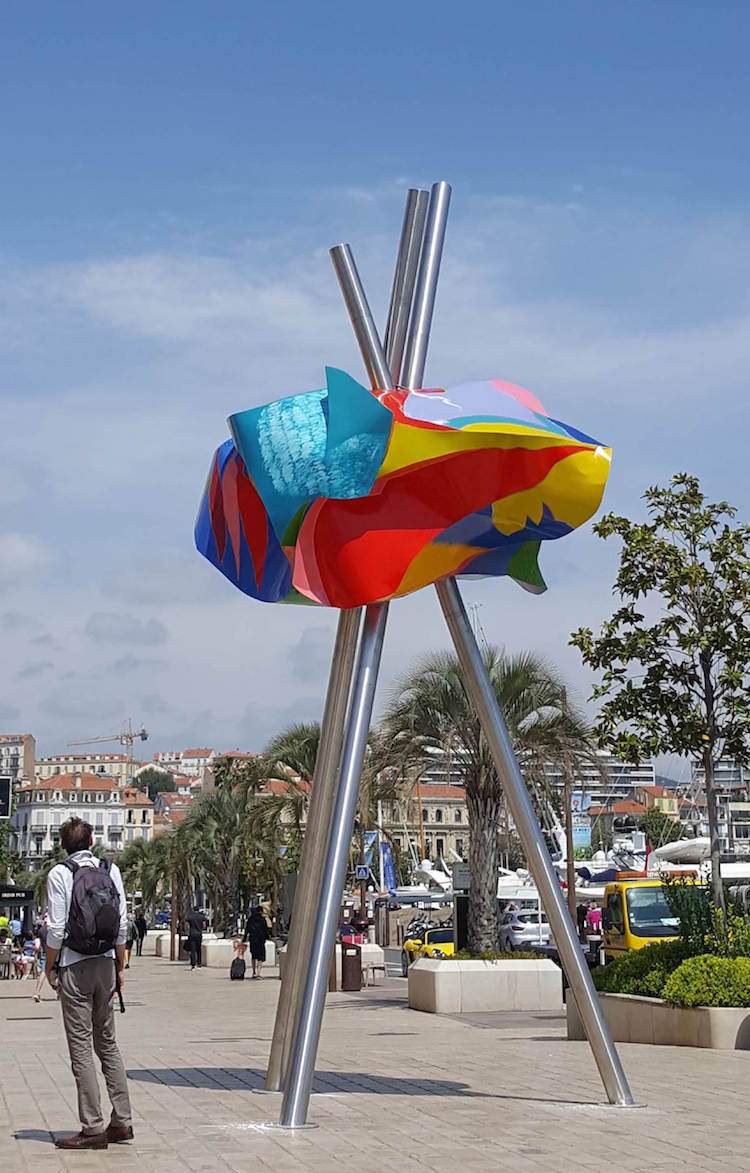 The piece certainly sparks the imagination. Looking at it, one is put in mind of a giant heart, the basic life-giving engine. Or it could be viewed as a head, the source of thought and creativity. Others have suggested it looks like a fish, possibly in reference to the proximity of the Mediterranean, or even a film camera, paying hommage to the Seventh Art and the film festival.

This sculpture is multifaceted, vividly decorated and colourised, and rich in symbolism linked to Camilo José Cela, who passed away in 2002. 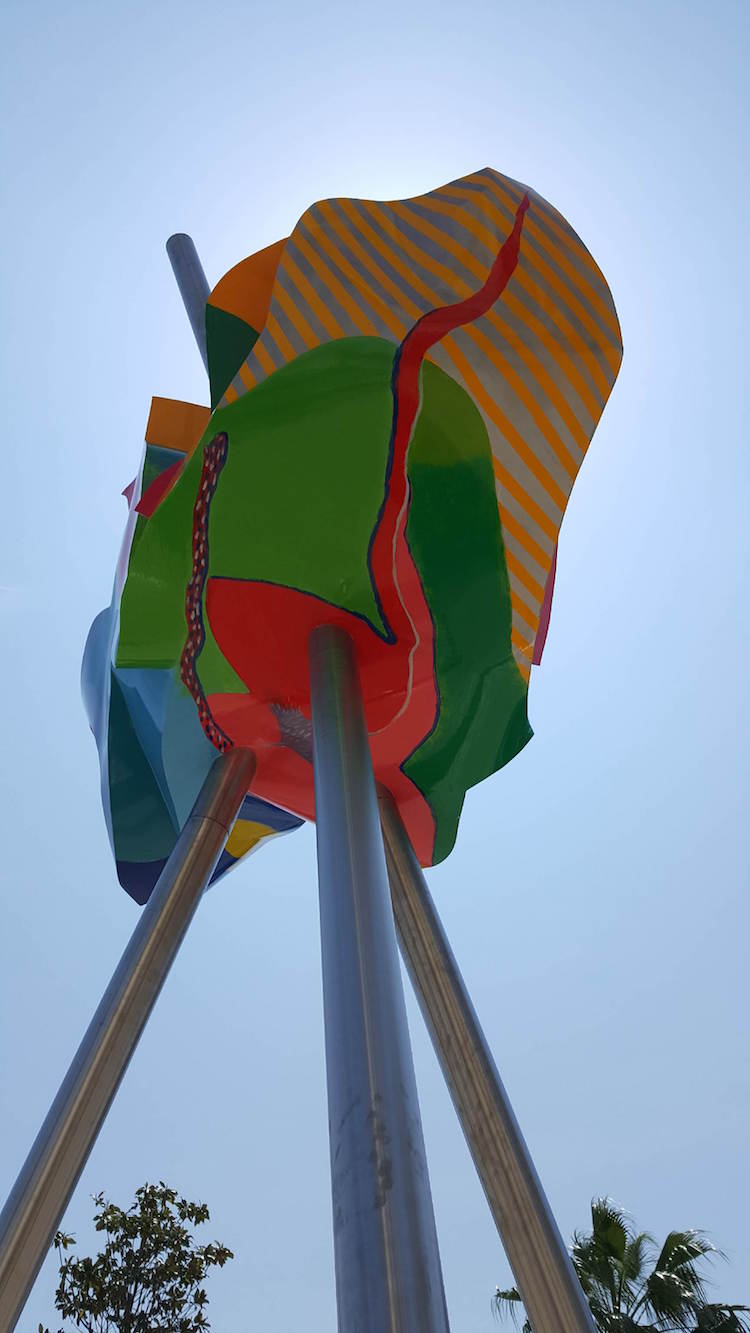 The installation of this sculpture takes place in advance of the upcoming summer event, ‘La Ville de Cannes aux couleurs de l’Espagne’, which will feature a number of contemporary art exhibitions dedicated to the Spanish artists Salvador Dalí and Cristóbal Gabarrón.

So, be sure to take a selfie of yourself and the sculpture, and post it on our Facebook wall. There may even be a prize for the best photo…!