A new exhibit at the Espace Miramar in Cannes explores the surprisingly rich cultural life of the world’s northern-most civilisation.

There is a certain image in most everyone’s mind at the mention of “Inuit”: Jolly people with broadly smiling faces, wrapped in thick fur-trimmed anoraks, living in the inhospitable vastness of the Arctic Circle, sitting in igloos and eating dried whale meat. Well, there is the cliché, and then there is reality. To the native Inuit population of 150,000, their home is a rich universe, filled with magical encounters of men, animals, and shamanic spirits. And their comprehension of the world is reflected in the unique art the Inuit have developed over the course of their history. A new exhibition at Espace Miramar in Cannes, running from January 5 through February 19, sheds light on this well-known but little-understood culture.

Inuit – or Eskimo, as a large portion of them still prefers to call itself – are spread out over 15,000 kilometers. Proof of their history and human occupation traces back at least 20,000 years. Originating in North-Eastern Asia (Siberia), this people of hunters followed its prey (principally sea mammals, bears and woolly mammoths) which eventually led them to cross the Bering Strait into what today is Alaska, and from there on across Canada and all the way into Greenland before becoming sedentary about 4,200 years ago. 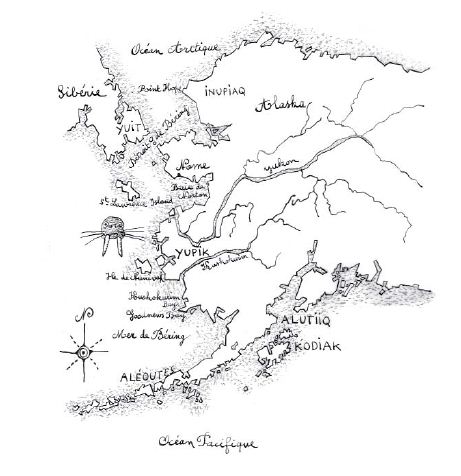 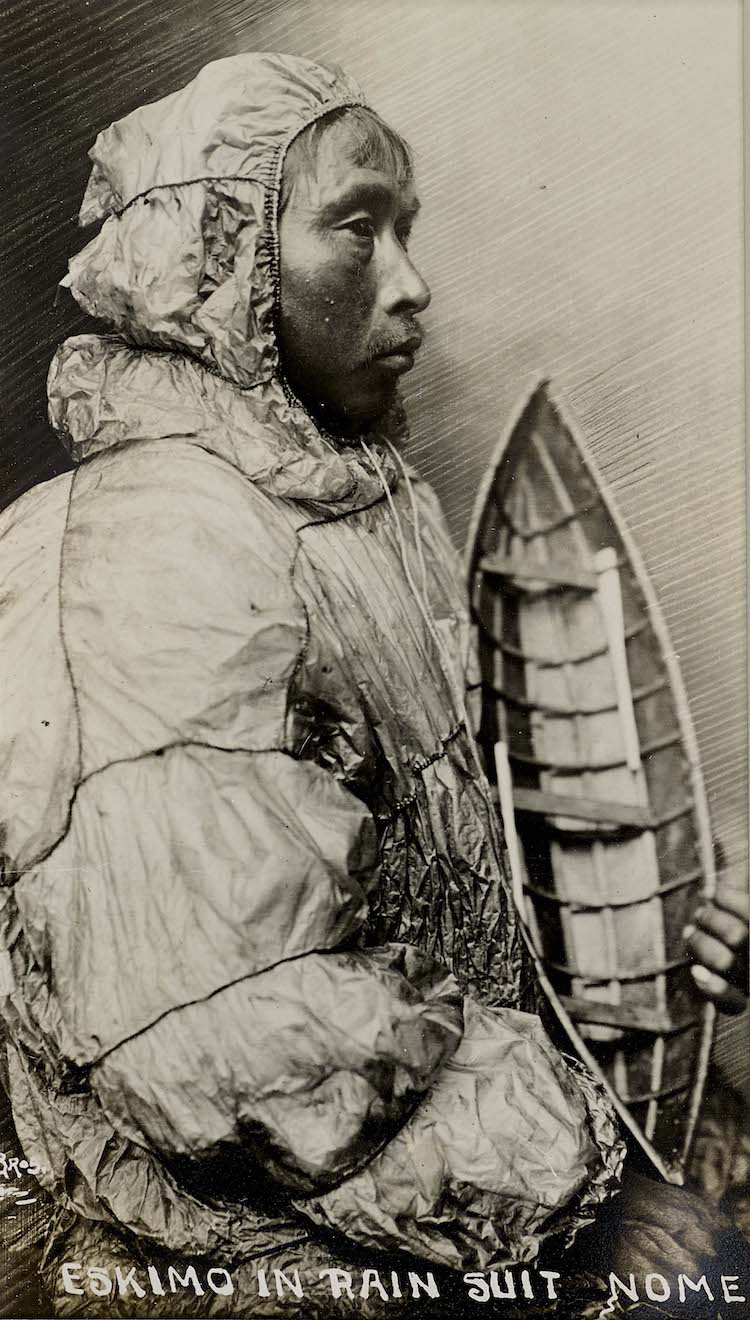 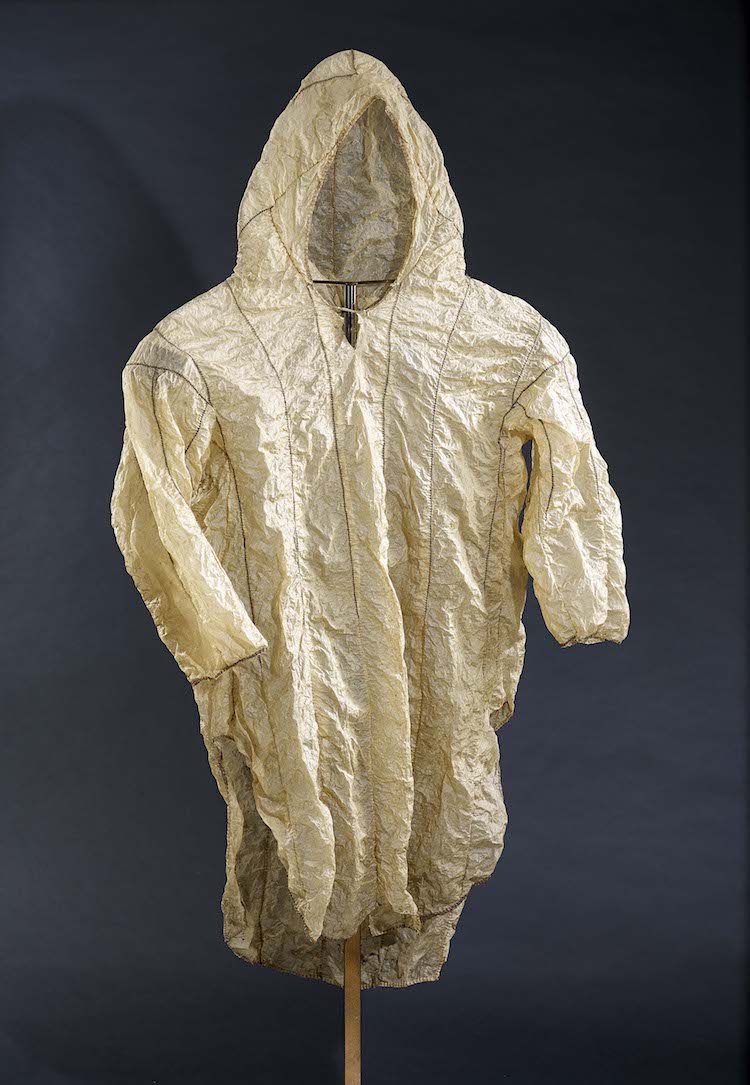 How can one survive in an environment where nothing grows on snow and ice-covered grounds? The answer to that question lies in the very image that we have of the Inuit. While they need little, they developed ingenious strategies for survival and self-sufficiency. Their food came from the animals they hunted. But in the Eskimo belief system, it is up to an animal to decide whether or not it puts itself in the service of humans. Its meat can be eaten but its soul never dies and upon death enters the realm of spirits. It is therefore man’s responsibility to honour an animal’s sacrifice by utilizing every part of it. Fur, skin, bones, tendons, teeth and intestines provided the raw material for clothing, tools, kayaks, threads or other necessities…. and still do. Little has changed over time. 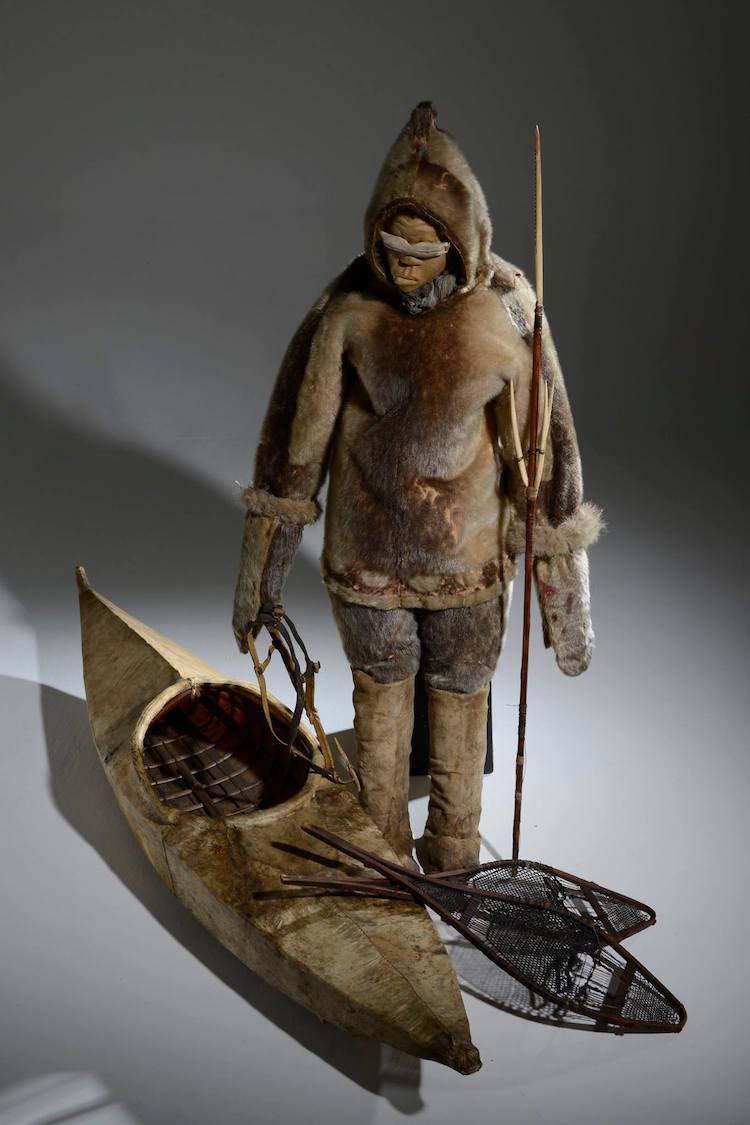 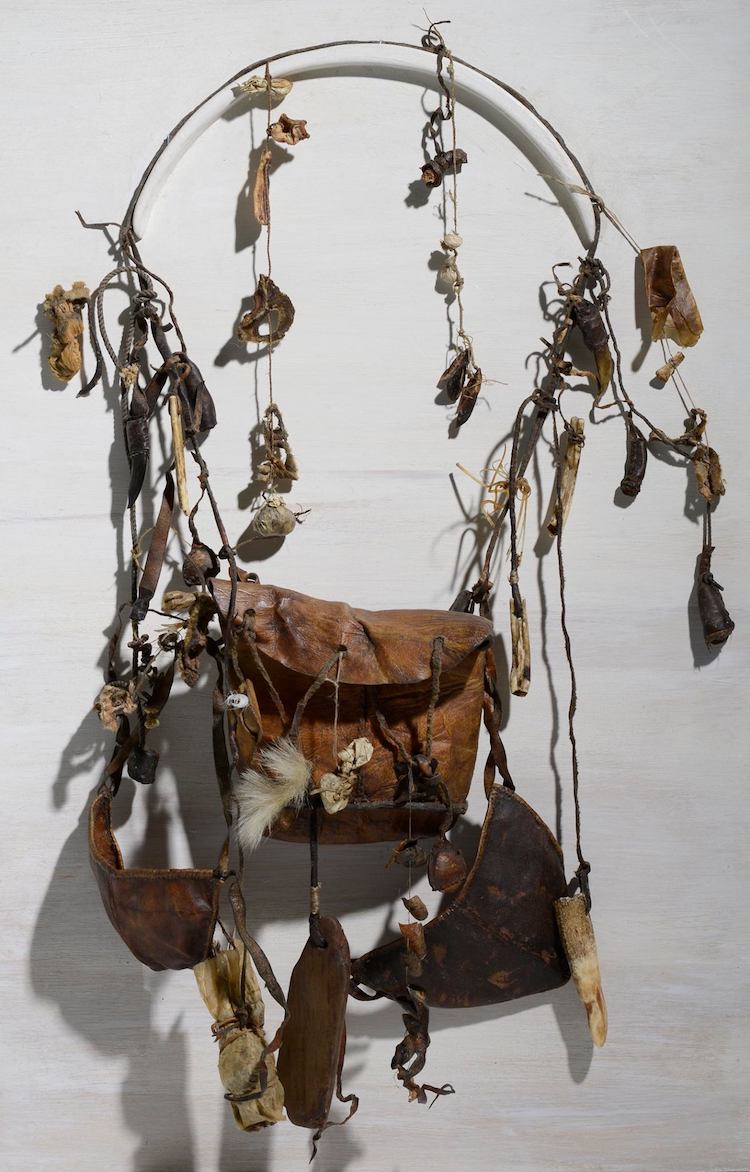 But such a hostile living environment begs for more than nourishment for the body – spirituality is equally important. Any spare bones or teeth were therefore carved and decorated as a way of handing down ancestors’ history to succeeding generations, and to share the indigenous population’s belief in shamanic spirits. And it would not be long until these first primitive ventures into art and culture became more refined. Sometimes a piece of flotsam found on the beach or the banks of a river was turned into a mask, and the rare tree stump, originally serving as a post to leave messages for others who would cross the area, became what we know as totems today. The oldest pieces of artwork still preserved today date back 2,500 years. 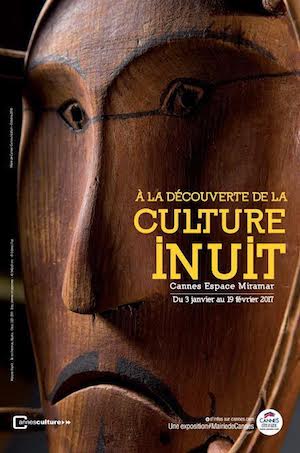 It is this spirituality and the belief in an amalgamated world of humans, animals and spirits that has motivated this Arctic population not just to survive but to thrive and refine its artistic skills over the millennia. In fact, given the immensely large territory Inuit are spread out over, the coherence and uniformity of their art is surprising, showing the very depth of its belief.

The exhibition “À la découverte de la culture Inuit” (Discovering the Inuit Culture)– which runs from January 5 through February 19 at Espace Miramar in Cannes – bears testimony of the ingenuity, creativity, and poetry born out of harsh conditions and the possession of few but highly prized tools. Admission to the exhibition is free.

After closing day of this show, the theme of Inuit art and crafts will be carried over to a workshop for 5 to 7 year old children at the Musée de la Castre on February 22, where they learn to make dolls in the Inuit tradition.