This production, by Opera Marseille, stars Bulgarian soprano Svetla Vassileva in the role of Floria Tosca, Asturian tenor Alejandro Roy  as her lover Mario Cavaradossi, and Mexican baritone Carlos Almaguer as the villain of the piece, Barone Scarpia.

Musical direction is by Italian maestro Renato Balsadonna, who leads the Nice Philharmonic Orchestra, the Chorus of Nice Opera and the Nice Opera Children’s Chorus. Production, décor and costumes are by Louis Désiré, with lighting by Patrick Méeüs.

Written in 1899, with a libretto by Luigi Illica and Guiseppe Giacosa, Tosca was based on Victorien Sardou’s 1887 play, La Tosca, which featured the actress Sarah Bernhard in the title role. Puccini’s opera premiered at the Teatro Costanzi in Rome on 14 January 1900, and although it features some of the composer’s most beautiful and best known arias – Recondita armonia, Vissi d’arte and E lucevan de stelle – it was apparently not particularly well received by the critics. The audiences, however, loved it, and have continued to do so for over a century.

The opera is set in Rome in 1800, when Napoleon’s invasion of Italy threatened the control of the City by the Kingdom of Naples, and tells how a great singer, a rebellious painter and a corrupt police chief become involved in a deadly battle involving love, betrayal, treachery, and tragedy.

Tosca’s lover, Cavaradossi, gives sanctuary to an escaped prisoner, Angelotti, and Scarpia, general of the secret police, tricks Tosca into leading his men to Cavaradossi’s house, where Angelotti is thought to be hiding. Scarpia’s men find only Cavaradossi, whom Scarpia tortures in order to find the prisoner. When word arrives that Napoleon has scored a victory over the King of Naples, Cavaradossi makes his delight known, which enrages Scarpia, and he condemns Cavaradossi to death. Tosca begs Scarpia to spare her lover, in return for which Scarpia demands that Tosca give herself to him, but as he advances towards her, she kills him with a knife. She hurries to the castle of Sant’Angelo where Cavaradossi is being held, but arrives too late to prevent the firing squad from executing him. Scarpia’s men attempt to arrest Tosca for his murder, but she leaps to her death from the battlements of the castle.

Although the story of Tosca is fictional, some of the locations in Rome in which the action is set, do in fact exist. The church of Sant’Andrea della Valle, where Act I takes place, is a Baroque-era basilica. The Farnese Palace – Scarpia’s headquarters – became the French Embassy, and the castle of Sant’Angelo is a famous sightseeing spot in the City.

Svetla Vassileva’s wide repertoire has taken her to some of the major opera houses of the world. She has sung Liù in Turandot for the Los Angeles, San Francisco, Vienna State and New Israeli opera companies, and Violetta in La traviata in Florence, Japan, at Covent Garden, Verona and in Liège. She has also sung the role of Alice Ford in Falstaff in Bologna, the title rôle of Cendrillon at the Grand Théâtre de Genève, and Desdemona in Otello at the Rome Opera and at La Scala, Milan. Among her performances of Nedda in I Pagliacci have been those at both the Ravenna Festival and at Covent Garden opposite Plácido Domingo, and she has also starred in a film of the opera opposite Roberto Alagna. 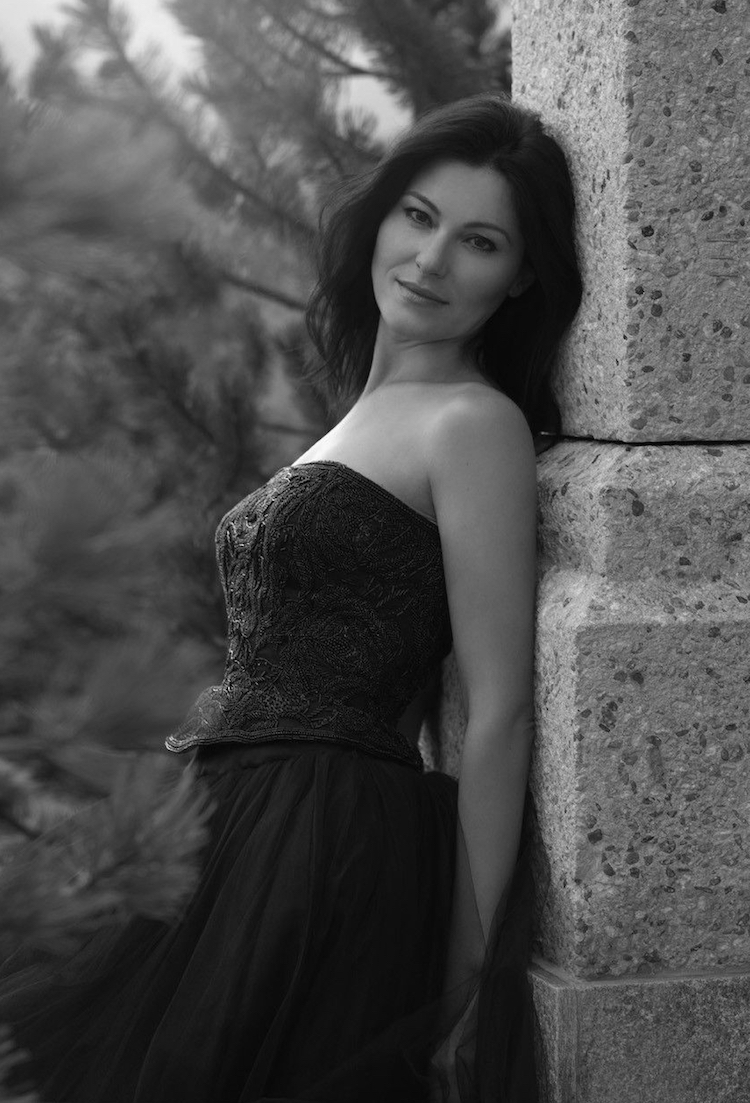 Alejandro Roy made his debut in Donizetti’s La fille du regiment at Teatro de la Zarzuela in Madrid, and his vocal versatility has led to a wide repertoire which now includes performances in Il Barbire di Siviglia, Il Turco in Italia, La Sonnambula, as well as in L’elisir d’amore and Lucia di Lammermoor. He has also appeared in Lucrezia Borgia at the National Theatre in Warsaw, Macbeth at the Savonlinna Festival in Finland, Don Carlo at the Palace of Diocletian in Split, and in Bizet ‘s Carmen, Verdi’s Giovanna d’Arco and Verdi ‘s Nabucco at the at the Euskalduna Theatre. His recent appearances include La Traviata at the Luciano Pavarotti Theatre in Modena, Turandot at the San Carlo in Naples, and Tosca at Torre del Lago and the Arena of Verona where he also appeared in La Bohème and in Franco Zeffirelli’s Carmen.

Carlos Almaguer is considered one of today’s most important baritones, with a career which includes appearances at Carnegie Hall, The Royal Opera House, Covent Garden, Deutsche Oper Berlin, the Vienna State Opera, the Concertgebouw in Amsterdam, most of the major opera houses in Italy and France, and in Beijing, Tel-Aviv and Mexico. In addition to the role of Scarpia – which he also sang in the original Opera Marseille production in 2015 – his wide range of roles includes Tonio in I Pagliacci, Alfio in Cavalleria Rusticana, Enrico in Lucia de Lamermoor, Amonasro in Aïda, and Don Carlo di Vargas in La Forza del Destino. He has sung the title roles in Rigoletto, Simon Boccanegra, Nabucco and Macbeth, Il Conte di Luna in Il Trovatore, Miller in Luisa Miller, Renato in Un Ballo in Maschera, Ezio in Attila, Jago in Otello, Monforte in I Vesperi Sicilliani and Carlo Gerard in Andrea Chénier. 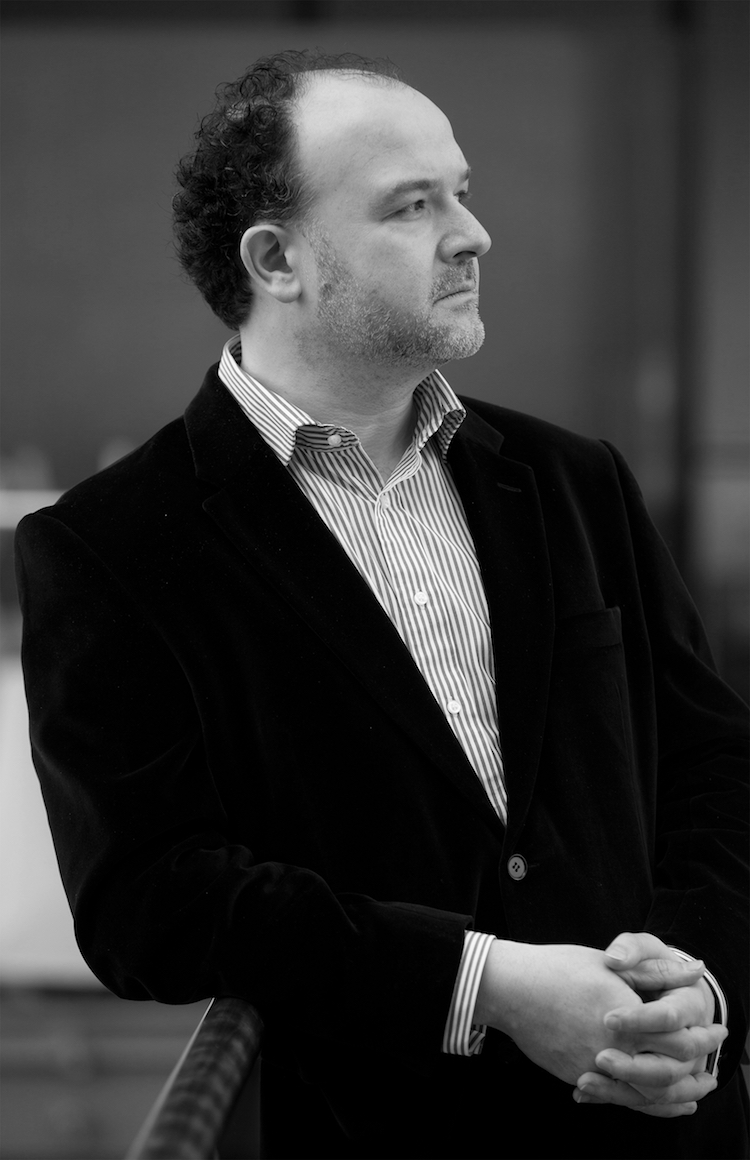 Orchestral and operatic conductor Renato Balsadonna (pictured above) is acknowledged as the most highly regarded Chorus Director of his generation, having had a long working relationship with Sir Antionio Pappano as Chorus Director at Théâtre Royal de la Monnaie from 1997, and a 12-year stretch as Chorus Director at The Royal Opera House from 2004. Whilst at Covent Garden, he made his mark conducting main stage productions such as I due Foscari, The Minotaur and Nabucco. After 12 years there, he decided to join the circuit as a guest conductor of operas and orchestras as well as choruses, and he currently collaborates with organisations such as Oper Frankfurt am Main, the Accademia Nazionale di Santa Cecilia, Teatro Verdi Trieste, and the Royal Philharmonic Orchestra.

The Opéra de Nice production of Puccini’s Tosca takes place from 18th to 24th January. Tickets may be reserved online.