Picture a two-Michelin-star-decorated chef and his restaurant. You got the visual in front of your inner eye? Can you see the stately dining room straight out of a designer’s studio, the menu packed with impossible-to-pronounce fancy dishes, the state-of-the-art stainless steel kitchen with every gadget known to man, and a brigade that scurries in all directions when the chef throws yet another one of his legendary tantrums? Then, sorry, you are mentally in the wrong restaurant. Try this: a pint-sized room the size of your living room, with the open kitchen at the back barely big enough for two people to move in without bumping into each other, tiny tables and even tinier stools, and a no-frills menu on the blackboard with local dishes and whatever looks good in the market. Basically, your jovial uncle’s house that you casually go over to on a Sunday for a hearty meal. Except, the owner of this establishment, Dominique Le Stanc, is (most likely) not your uncle but a veritable two Michelin star chef who has worked with pretty much every culinary legend in France. And you owe it to this fact that the food you are being served here at La Merenda is the stuff that Niçois culinary dreams are made of. 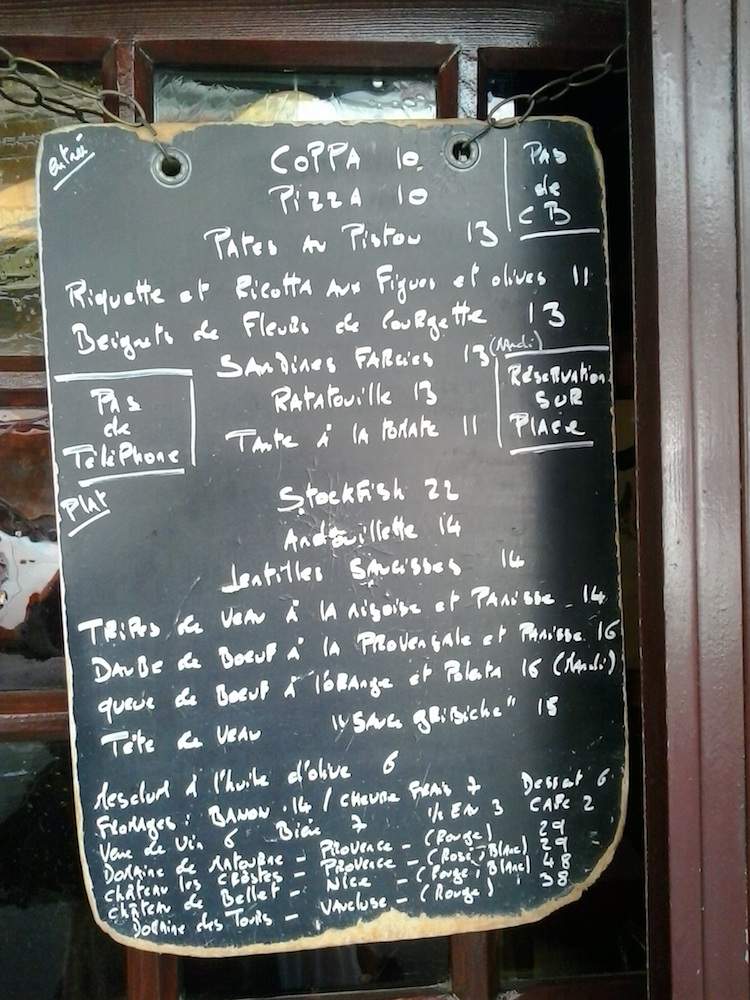 That is, however, not the only surprise this talented chef has for you. It begins with him and his personal history. Despite his Breton name, Dominique Le Stanc is actually from the Alsace region. He was just hitting his teens when his father bought a hotel/restaurant, and the boy started hanging out in the kitchen, fascinated by the ballet of the chefs and cooks there. Once career decision time rolled around, this was what he saw himself doing for a living but his father sent him off to the establishment of a friend of his, the famous Le Cerf in Marienheim, near Strasbourg. Here, Dominique hit the double jackpot: not only did he pick up excellent professional training in a Michelin-starred restaurant, but he also won the heart and hand of the owner’s lovely young daughter, Danielle Husser.

That was 42 years ago. Kitchen diploma and Danielle in tow, Dominique sets off on a career…. and what a career! Having first returned to Le Bristol, his father’s hotel-restaurant in Niederbronn-les-Bains, he visits Nice on a trip, and is invited to cook a meal for 8. That must have been pretty convincing, as someone in that party tells him afterwards, “I will buy you a restaurant whenever and wherever you want!” The 23 year old, however, is still eager to get more experience under his toque, and proceeds to work with the entire French royalty of gastronomy. Alain Chapel, Haeberlin, Lenôtre, Senderens … those are just a few of the multi-Michelin-star-powered masters on his CV. 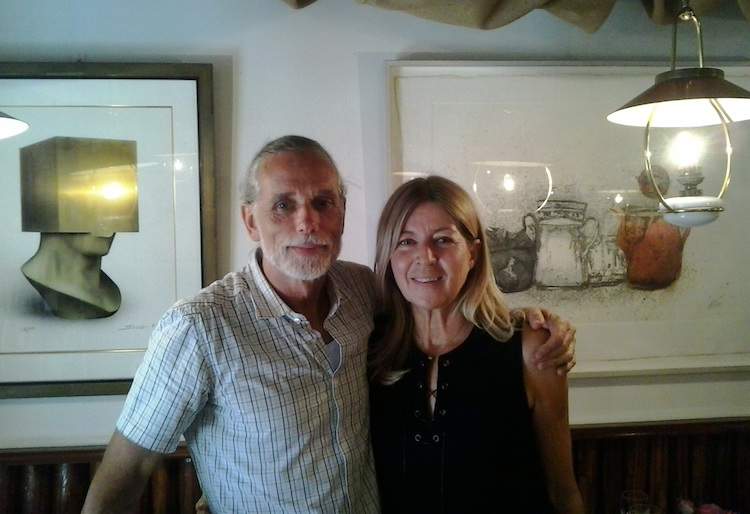 In 1984 Dominique and Danielle wend their way south, and set up shop – pardon: kitchen – in Monaco under their own brand name of Le Stanc. A couple years later, and long since honoured with his first own star, Dominique finds himself pulled back into two grand hotels, Château Eza in Èze Village, and the legendary Negresco where he oversees the flagship restaurant Chantecler, earns his second star.

But here, something happens. The chef gets tired of managing a kitchen and a brigade of 25, instead of standing at the stove himself. Cooking is his passion, after all, and he has a particular love for slow cooked dishes where multiple flavors orchestrate into one harmonious tune, rather than arranging a fancily carved courgette here and a dollop of sauce à l’homard there. Friends of his, the Giusti family, run a tiny restaurant in Old Town which was first opened in 1965, and he tells them, “When you retire, I’ll buy your place.”

They laugh it off – who heard ever of such a silly thing, a two star chef buying a hole-in-the-wall outfit that does good, but not swanky, local fare! Still, Dominique keeps talking about it. And one fine day, in 1996, his dream comes true. The Giustis do retire, and he can finally buy La Merenda. However, he attaches a condition to the transaction. “You have to teach me how YOU make your dishes.” Astute observer that he is, he has understood that the Niçois locals have been coming here for decades for the same dishes, prepared the way they love them, and he wants to keep offering the same traditional comfort food they had been used to.

And here, Dominique finds his bliss. No longer overseeing the assembly of edible bits and pieces, he is back at the stove wielding pots and pans himself, only with the help of two assistants, while Danielle charmingly manages the front. In the morning he hops on his bike and pedals over to the nearby food market on Cours Saleya, picking up whatever is fresh and in season. He has preserved the old menu, refined a few of the classic dishes, and added a couple that he enjoys. But all in all, the handwritten blackboard still features all the tasty local specialties generations of patrons have loved, among them zucchini flower fritters, ratatouille, tarte aux tomates (pictured below), freshly prepared pasta with a pistou (pesto sauce), beef stew with gnocchi, stockfish, and of course the sensational tourte de blettes for dessert. Every bite is made from scratch and with the love and attention to detail that speaks both of the chef’s passion for cooking as well as his top notch training. But nothing is chi-chi here. The garnish is simple, and for wine you get a choice of house white, house red, or one fancy(ish) local bottle, that’s it. 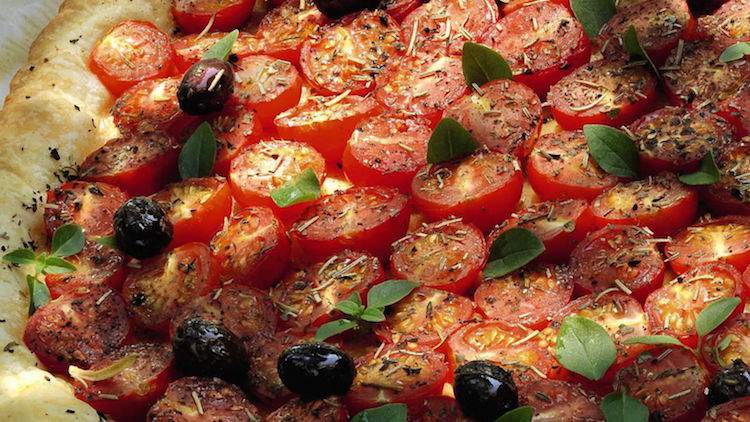 And guess what: this is the place that has more than once been called “REALLY the best restaurant of all of France”. This is the place where regular Niçois mortals and local dignitaries from the town hall opposite dig into their favorite dishes, rubbing elbows – quite literally, for lack of space – with international tourists and world stars. This is where Catherine Deneuve gets her fix of nissart food, as well as Michel Drucker and Pierre Arditi. Jerry Lewis also stopped by …  and lots of others. But no one made a more dramatic entrance than Robert de Niro. In an attempt to be extra discreet, he showed up one night after sunset, wearing a Basque beret and sunglasses.

Among the inherited Merenda fans also painters of international renown: Emet Sosna and César left original drawings as tokens of their appreciation, which today serve as part of the décor. An original Matisse print “Nice – Travail et Joie” (pictured below) takes a prominent space, and is for chef Le Stanc very symbolic of this city, where work and happiness are so close together. 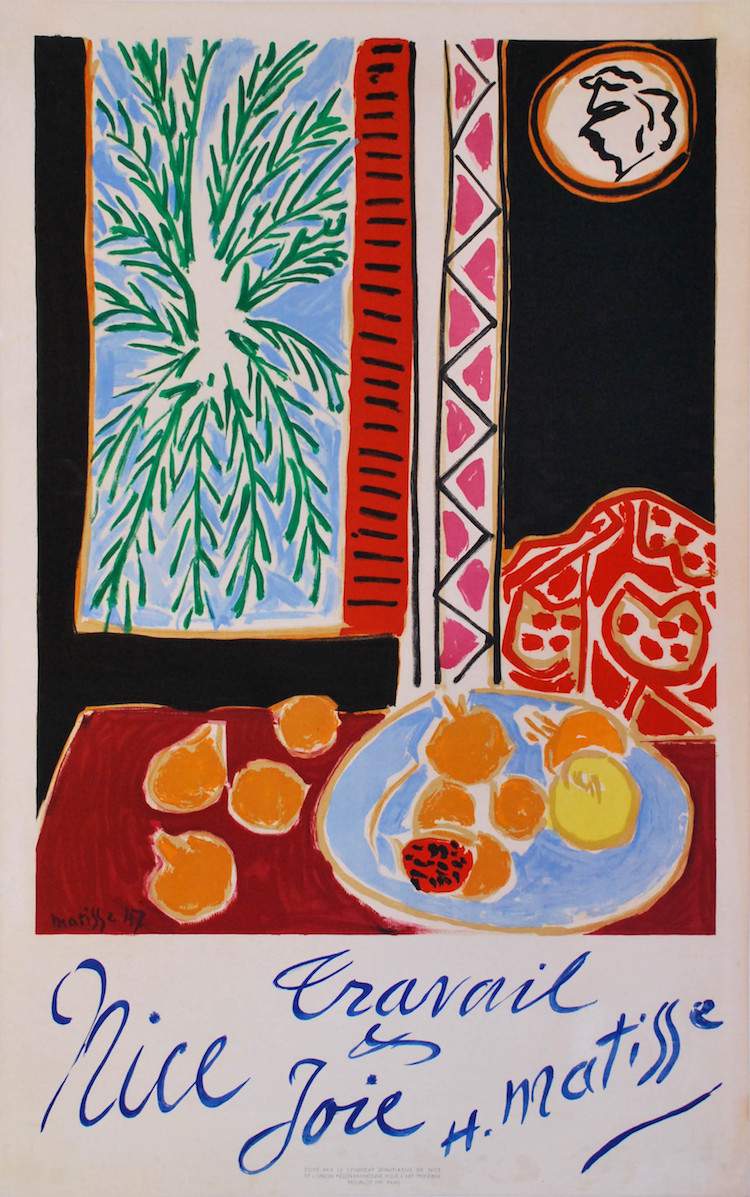 Two more things round out the experience: the restaurant does not have a phone. Reservations can only be made in person – just stop by in the morning before lunch service (although you can make reservations for a future date on that occasion.) You’ll see that the chef is in when his bike is parked outside…. the landmark of La Merenda. And the other particularity: do leave your credit card and your chequebook at home, the language spoken here is Cash. And English of course if needed.

La Merenda as it is today has no stars, according to Michelin? We beg to differ. It has two, and brightly shining ones: Dominique and Danielle Le Stanc, who both bring a genuine warmth and a human decency to Nice that is rare these days. Having gone from culinary Olymp and glamorous top establishments in Paris, Monaco, and on the Prom’, to a tiny and modest restaurant in the small street of Old Town Nice, they have made a tremendous step up in life – a life where passion and happiness reigns, a life that brings people together, encouraging them to share a table with strangers, leave their worries and prejudice outside, and just enjoy a little bit of peace and conviviality, along with one of the best meals they ever had. 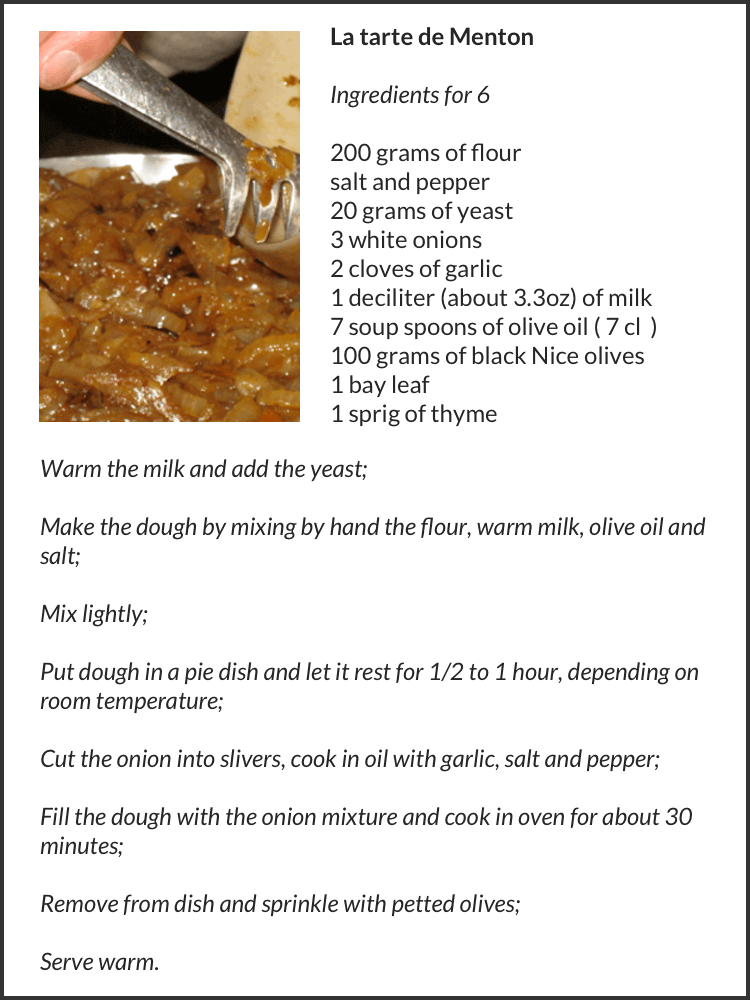