You have a favorite restaurant but do you know its owners’ stories? Some are truly worth listening to.

Every restaurant comes with a menu. Some come with recommendations. And occasionally there is one that comes with its owners’ personalities woven into its very essence. We came across such a place with a history, so quaint and so modern at the same time that we thought it’s worth retelling. It is that of La Gargamelle, and the Lechner family. A tale which starts in Vieux Nice over 50 years ago, goes on to Memphis, Tennessee, continues in San Francisco, and circles back to Nice today. En route, we encounter stars, presidents, transvestites, and all the good and bad that society can stand for.

But first things first. The restaurant and the food. Inconspicuously located in rue Gioffredo, a stone’s throw from Place Masséna and Galeries Lafayette, the tiny Gargamelle seats no more than 25, and that’s squeezing it. Its outward appearance draws the eye mostly because it has little to do with the surrounding architecture. Huddled on the ground floor of a traditional Niçois “New Town” sandstone building a block north of the Coulée Verte, framed in dark oak with ornate floral decoration and gilded lettering, with a handwritten blackboard perched on an easel for a menu, this tiny place looks like a centuries- old country inn, sitting somewhat forlorn inmidst its chic, bustling urban neighbourhood and the trendy watering holes all around.

On closer inspection, the Tripadvisor award of excellence in the window, bestowed year after year, is a giveaway of what awaits you inside. Stepping into the minute dining room instantly transports you back to grandma’s house: wood, rustic tiles, country-style tablecloths, heavy silverware, sparkling crystal glasses, elegant candelabras, and a motley collection of antiques and flea market treasures. Cozy, charming, and intimate, this place is all of it. And somehow still casual enough to feel at ease. 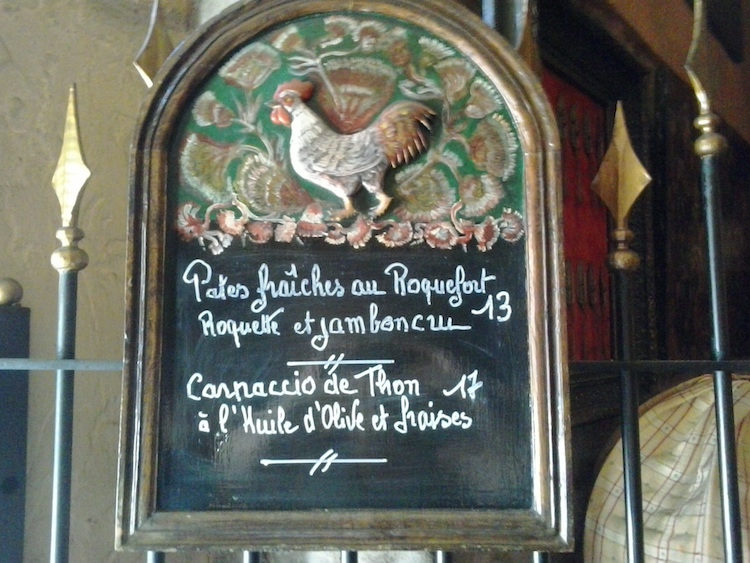 And the food….! Now this is what traditional, homemade French cuisine is supposed to taste like. On the menu, a relaxed mix of great French classics such as the divine Filet Rossini with foie gras in a rich port wine sauce but also the daily catch from the fish market – the daurade royale which just this morning still roamed the Mediterranean sea, now finds itself on your plate, cooked and seasoned to perfection, just ever so lightly and delicately dressed with a drizzle of top quality olive oil and lemon juice, and accompanied by whatever seasonal vegetables there are in the market. Everything here is homemade, with ingredients purchased straight from local suppliers on the same day, and it’s all about letting the product shine. The portions are copious but fear ye not, this is healthy, earthy food that the most critical nutritionist would approve of.

At the stove, Maryse and Laurent Lechner, owners and chefs since the Gargamelle first opened its doors here 33 years ago. In times when restaurants turn over at lightning speed, that kind of longevity means you’ve done something right, for a long time. But in fact this delightful couple’s story goes back even further than that.

Nice-born both of them, the Lechners’ love for their work and pride in their savoir-faire is tangible, having dedicated their entire life to it. Maryse, carrying herself with grace and poise, comes from a local family of sophisticated restaurateurs whose establishment would by today’s standards be classified as Relais & Châteaux. Laurent, with the eye-twinkling sense of humor that betrays his Austrian-Italian stock, learned his trade from scratch at no lesser a place than the Negresco Hotel.

They met young – having now been married for 50 years – and proceeded to build their life together around the culinary arts. Their first restaurant in Vieux Nice, back in the late 1960s/early 1970s, already did pretty well… for a curious reason. It was a tiny hole-in-the-wall, located next to a swanky pizzeria. Every night, the city’s bigwigs from public life arrived with their flashy cars, dining at the pizza parlour. That bourgeois crowd quickly drove out the resident gay population who in turn flocked to the modest neighbouring establishment – Maryse and Laurent’s – where they were more than welcome. Thus they willingly spread word of their excellent cuisine, and in no time Gargamelle I became the go-to place of Le Tout Nice. One night, Maryse remembers, three nuns showed up…. only to turn out later to be transvestites, raising the skirts of their religious habits and breaking out in a fiery cancan….. 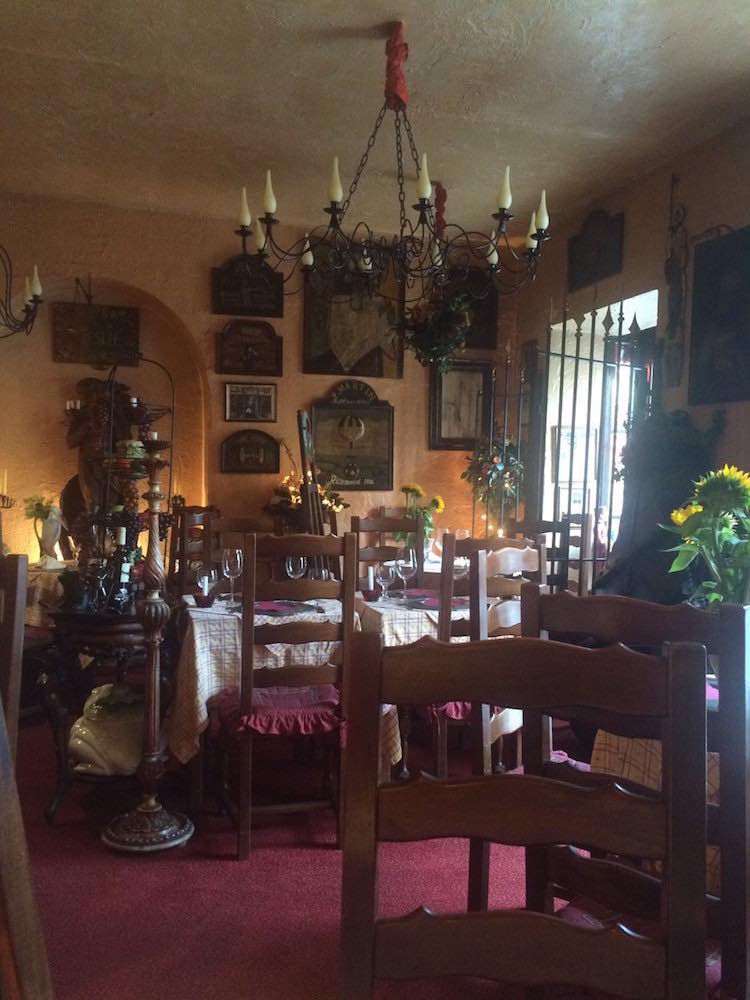 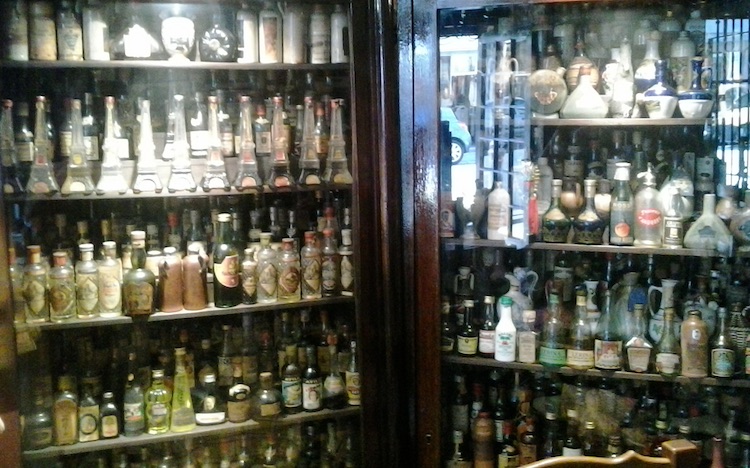 Fast forward a few years. The Lechners pack their bags and their nine-year-old daughter Leslie to move to Memphis, Tennessee. What in the world would make them trade in the Rivieran shores for a landlocked Southern state in America? Well, blame it on persuasive friends and a good business opportunity. But before they could do so, there was a big hurdle to take. You see, Laurent has a collection of miniature schnapps bottles – over 5,000 of them actually, which he had inherited from his father. The oldest one dates back to 1789…. yes, the year of the French Revolution…. the youngest one to the 1950s. Unthinkable that he would part with his prized possession, and so off it went into the America-bound container. But not so fast – customs officials on the other side of the Atlantic figured that the combined content of alcohol contained in those tiny bottles (each holding no more than a thimble full of liquid, most of which has evaporated over time), largely exceeded allowed quantities. It would take the intervention of then-state senator Howard Baker to make U.S. Customs release the collection to its owners.

Once settled into Memphis, Laurent soon officiated at the stoves of the legendary Bombay Bicycle Club, the most popular bar in town at the time, treating a delighted clientele to fine French cuisine. Among them, none other than President Jimmy Carter who on the occasion of a party convention in town dined there, insisting that he wanted simple fare. Which is what he got… but simple fare à la française: in honour of the erstwhile peanut farmer’s Georgian roots, Laurent created a filet of beef with a peanut sauce, which found enthusiastic presidential approval.

Maryse also worked at the Bombay Bicycle Club, and among her most vivid memories from that time is the ongoing racism that was still rampant in the Southern state, well into the latter half of the 20th century. Despite formal abolition, segregation was still alive and kicking, from separate parking lots to WCs. It was a huge shock for her, even more so when locals called her out for treating black staff members at the restaurant the same kindly way she treated whites. It escalated to the point where hot-headed Maryse wielded a butcher’s knife threatening to ram it into her own belly if black women were not even allowed the harmless fun of sharing a makeup session with her. Even young Leslie was reproached for enjoying some ice cream with a bunch of “negro” kids. Although the Lechners liked Memphis well enough as a city, especially the jazz and blues music all over town, they found the racist mindset going very much against their personal principals, and eventually moved on to more liberal San Francisco when an opportunity presented itself. They loved it there but a couple of years later were called back to Nice as Maryse’s mother had fallen ill. 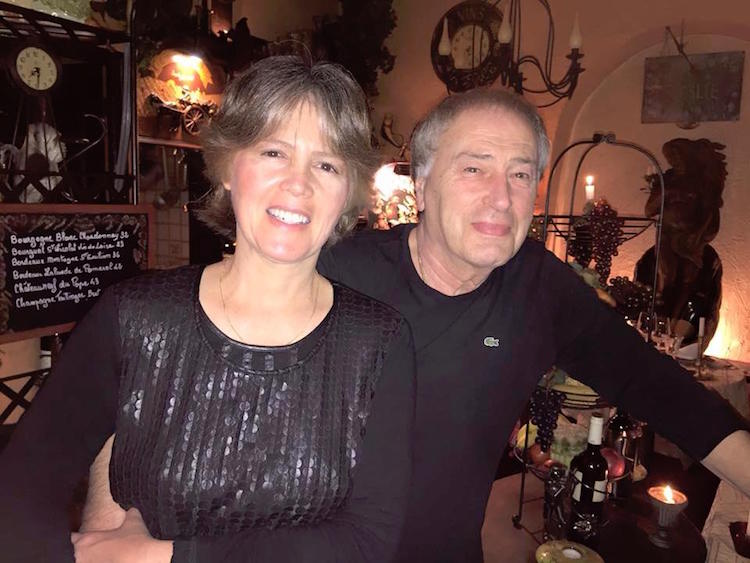 That was in 1983, the year which also saw the opening of La Gargamelle, the restaurant we know today, and it wouldn’t be complete without the collection of miniature schnapps bottles which found its way back home along with the family. Over these 33 years, thousands of patrons have sung the restaurant’s praises and have faithfully kept coming back. Don’t be surprised if you find your table neighbor resembles Gérard Dépardieu, Elton John, or another celebrity – it is them in the flesh, but it’s where they go for great authentic food, not the ritz factor, and definitely not for the paparazzi. Discretion is the name of the game.

What is Maryse and Laurent’s culinary philosophy, we want to know. “Respect. Respect of the product – it has to be the best quality available -, respect of authentic, traditional recipes, and respect of a guest’s personal taste. We do what we can to cater to that,” Maryse tells us. But that said, there are limits, Laurent adds. “If a guest wants a cut of meat prepared to the point where it loses its quality, I just cannot bring myself to do that.” Both lament that the excellence and therefore the reputation of French cuisine have declined in recent times, due to the arrival of fast food and a loss of interest in old-school recipes and preparation.

But that is not a problem the Gargamelle suffers from. Here, like for the past 50 years since the first Lechner restaurant opened, a gourmet goes home happy, well-sated, and not out of too much money. Prices are not on the low side but absolutely reasonable for the amount of labour and the top notch quality that goes into the dishes. And yet, the economic recession of the past few years and particularly the recent attacks have left their mark, like on many other establishments in town. Locals have tighter budgets than they used to, and international visitors are staying away from Nice for now. 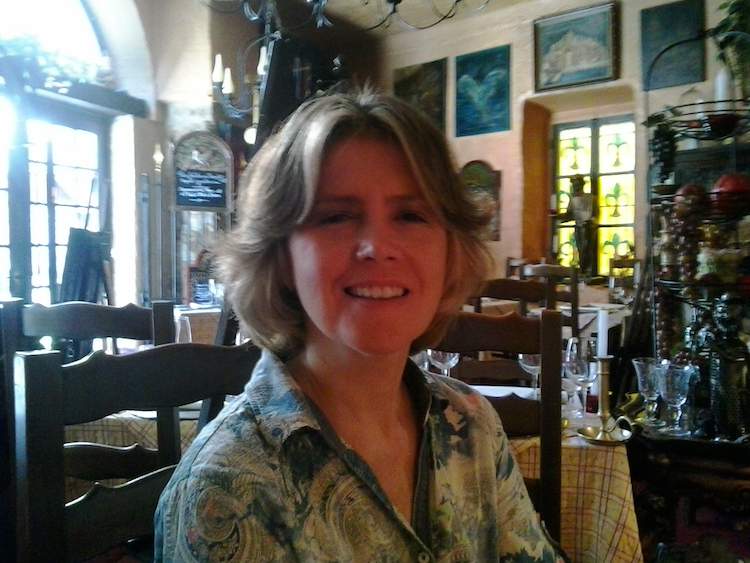 Does it look like daughter Leslie, who charmingly and competently runs the front of the house, might take over one day when her parents, who are in their seventies, retire? “Well, maybe. It would be great but then you’d need to find an excellent chef who carries on in our tradition, and that’s first of all not so easy to come by anymore, and secondly, a real price tag issue…. great chefs are incredibly expensive,” Laurent says with a pensive smile. Now that would be a shame indeed to have to close down this treasure of a traditional Niçois restaurant, however far in the future that might be.

But for now, it is still there, impeccably run and with an expertly executed cuisine à l’ancienne by two of the finest chefs in town. Do make it a point to stop by there for lunch or dinner next time you’re near Place Masséna – and language is not a hurdle as all three speak English well enough. You will agree with us that La Gargamelle is the kind of place the plenum of culinary gods had in mind when they were conjuring up the concept of restaurants.