When Irina Brook accepted the call to take the reins at the Théâtre National de Nice in 2014, she opened her tenure with a bang, and a considerable risk. Peer Gynt, Ibsen’s melodrama… long considered to be “the unplayable play”. But not only did she dare to mount it, she even dared to programme an English adaptation of it… a rather adventurous move that raised more than just a few eyebrows in Nice, a town firmly steeped in its Francophone theatre tradition, where even Italian language theatre was already considered quite extravagant. 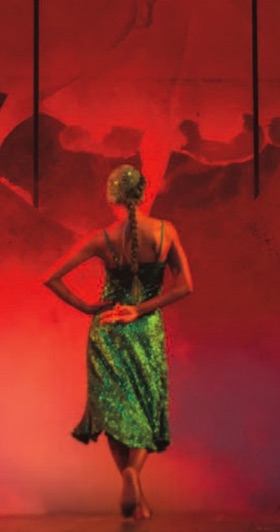 But that opening night, a legend was born: Irina’s adaptation of the tragic hero’s epic tale, set in a rock & roll environment somewhere between hopes, dreams, aspirations, psychedelic drugs, a hard fall, human tragedy, introspection, and loyal love, became… how to put it… a success? A staple? A neo-classic? Yes – all of the above, and more. Since its 2014 première it has frequently been performed across France and internationally, including a weeklong stint at the London Barbican, going from one standing ovation to the next. Now on the TNN programme at least a couple of times per season, it is a guarantee for a sold-out house for the director and her company.

In true rockstar fashion, Peer Gynt will go on tour this February and March. And the first venue is none other than Théâtre des Bouffes du Nord in Paris. A place that is forever associated with Peter Brook, the Living God of Theatre, the Eminence Grise, the man synonymous with 20th century theatre. He directed its fortunes for the better part of 35 years before retiring in 2008. But if anyone thinks that Peer Gynt will play at the Bouffes because Peter Brook happens to be Irina’s father, they need to revise their thinking: this is not how it works here. If you perform here, you have to be the best of the best, and bring your strongest work with you, regardless of your last name. Ten shows are scheduled here between February 8 and 18.

Peer Gynt has become the play that Irina Brook will be associated with for a long time to come. And for good reason. It is a play that has it all … a strong plot, a roller coaster of emotions as you watch the loser kid from a make his way out into the world, keep dubious company, reach the zenith, and fall hard – all in quest of the elusive answer to the nagging question, “who am I?” Liar, dreamer, poet, insolent and anti-conformist, seducer, coward and irresponsible, Peer Gynt remains for everyone, and above all for himself, an insoluble riddle. Strong women accompany his life, from his long-suffering mother to his devoted Solveig… will love prevail, can it save him?

The play has subtly evolved over the years, has become streamlined and more focused. “After all these years of development, and multiple shows, the work still never ends. The play has such profound depth that you continue to discover new facets all the time,” Irina reveals. And as the play keeps constantly improving, so does the ensemble’s performance. With already excellent individual work, this colourful, multicultural company just keeps growing collectively.

The title hero is played by Ingvar Sigurdsson from Iceland, an internationally known, multi-award winning film and stage actor whose intense and powerful nuanced performance lends his character credibility from young age, along a troubled life, and all the way to his last breath. The infinite grace and elegance of Indian-born Shantala Shivalingappa, one of the leading Kuchipudi dancers in the world, brings an otherworldly airiness to Solveig, Peer’s faithful lover. The other cast members literally hail from the four corners of the world – and while most call Paris home, each and every one brings a part of their own native culture to the play…. Rwandan, Japanese, Lebanese, or Australian, to name but a few… which creates an interesting, enriching dynamic in their work. Many of them are also first-rate professional musicians, like prodigious Italian violinist Margherita Pupulin, Norwegian Voice contest winner Frøydis Arntzen Dale, Pascal Reva, member of French soul-jazz-electronic band Nojazz, or internationally known bassist Gen Shimaoka. But it is not just them – every single one of the 14 actors is a remarkable artistic talent in their own way, and many of them are popular stars in their home countries.

And no, the high quality ingredients to this recipe for success still don’t stop here: no lesser than rock icon Iggy Pop wrote two songs for Irina’s Peer Gynt adaptation – masterfully performed by Ingvar Sigurdsson – and Sam Shepard contributed twelve poems to the work. And the dance, masterfully choreographed by Pascale Chevroton adds the perfect dose of sensuality to the play. 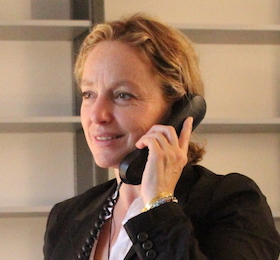 Irina Brook has carried this project in her soul ever since she read Ibsen’s story as a teenager, leaving her deeply impressed. The question of Becoming and Being Oneself – one that also her father never tired of invoking – became her leitmotiv. Over time, Irina Brook has come closer to finding the answer, which has led her to discover her biggest talent: she excels at paring down profound philosophical problems into playful poetic thoughts, and transforming existential questions into entertaining tales. Her heroes are flawed enough for all of us to identify with. She instinctively understands how to pare down cerebral literature into easily digestible bites without ever losing substance. And the common denominator across her stories is music, dance, and humour.

This light-handedness in treating hard-to-access material and delivering complex moral lessons is her forte. She does not seek to lecture, and she is not one to engage in one-upmanship. Her plays take the spectator on a journey into the depths of oneself without even knowing it, simply by identifying with a protagonist. Whatever she writes, adapts, and directs, there are no dull moments in any of her works, and she plays the audience’s emotions like a virtuoso pianist. Her work feels like an honest and authentic reflection of herself, and it is… this is who she is and how she sees the world. And she takes enormous joy in creating theatre that serves as a joyful experience for all, bridging different worlds.

Being Peter Brook’s daughter, she had the great good fortune to learn from the best of the best from her most tender childhood. But although this family association will forever remain a biographical footnote, she has by now made such a well-respected name for herself that she no longer is known by that label, but by all the accomplishments she has reached for herself…. current director of the Théâtre National de Nice – the third largest French stage -, artistic director of formidable plays such as Peer Gynt, creator of notable festivals like ”shake nice!” and the inspiring leader of a national movement to truly democratize theatre for all.

To see a World in a grain of sand
And a Heaven in a wild flower,
Hold Infinity in the palm of your hand
And Eternity in an hour.

All shows played in English! Performances across France this spring (see local listings for further information)