The opening concert of the Nice Philharmonic 2018-19 season celebrates the bicentennial of the birth of French composer, Charles Gounod.

Best known for his operas, Faust and Romeo et Juliette, and for his Meditation, Ave Maria, – based on J S Bach’s Prelude in C Major – Gounod wrote a number of sacred works, the most well-known being his 1855 St Cecilia Mass. AllMusic describes Gounod’s works as “… tuneful, his vocal writing imaginative, and orchestral scoring masterly”.

A street in Nice was named after the composer, commemorating his visit to the city in 1885 to attend a production of Faust, performed by Opera Nice.

This concert, conducted by Oleg Caetani, is an interesting one, featuring one of Gounod’s less well-known symphonic works – the Concerto for Piano-Pédalier and Orchestra – performed by soloist Roberto Prosseda, the only pianist regularly giving public recitals and concerto performances on this most unusual instrument. Also on the program is the Shostakovich Symphony No 7 in C major, Opus 60 – a work which has a fascinating background, having been written under highly dramatic circumstances.

Swiss-born conductor Oleg Caetani is the son of the Russian conductor, composer and teacher Igor Markevitch who worked in Paris with Serge Diaghilev, Leonid Massine and Serge Lifar in the late 1920s and early 1930s. Caetani’s mother had family connections in Brighton, which no doubt was an influential factor in the conductor’s lifelong love of England.

Oleg Caetani is described by Opera magazine as “… one of the finest theatre conductors today, with a flawless technique, an eclectic repertoire (65 operas) and a quality of musicianship that, at its graceful and expressive best, raises the specter of Carlos Kleiber”.

Maestro Caetani appears at leading opera houses around the world, working with major international orchestras and prestigious international soloists. At the St Petersburg Conservatory, he studied all the Shostakovich symphonies with Kiril Kondrashin, graduating with some distinction, with the maximum number of votes for his direction of the Shostakovich Symphony No 5. He also has a particular affinity for the music of Tchaikovsky – the first opera he conducted, at the age of 24, was Tchaikovsky’s Eugene Onegin. Other Tchaikovsky works in his repertoire include The Maid of Orleans which he conducted in Strasbourg in 1998 – the first performance of the opera in France – The Queen of Spades in Stuttgart, and a production of The Nutcracker in Zurich with Swiss architect Mario Botta.

In 2014 he completed a 10-year project of recording all Mendelssohn’s piano works, and he’s also considered to be a leading interpreter of the music of Mozart, Schubert, Schumann and Chopin. What makes him unique, however, is his resurrection of the pedal piano – an instrument which Mozart, Schumann, Alkan and Gounod, loved – but which had fallen into disuse at the beginning of the 19th century.

The pedal piano is a ‘double-decker’ piano with a normal keyboard, as well as a pedal board for bass notes – attached to a second set of hammers and strings – and played with the feet, so the pianist is effectively playing with both his hands and his feet. According to music critic Norman Lebrecht: “It’s a piano that thinks, deep down, it’s an organ”. Roberto Prosseda commissioned a special pedal board from organ builder Andrea Pinchi, and has been giving regular performances on this instrument since 2011. He has had new works – dedicated to him – by several contemporary composers who have written pieces specifically for this instrument. 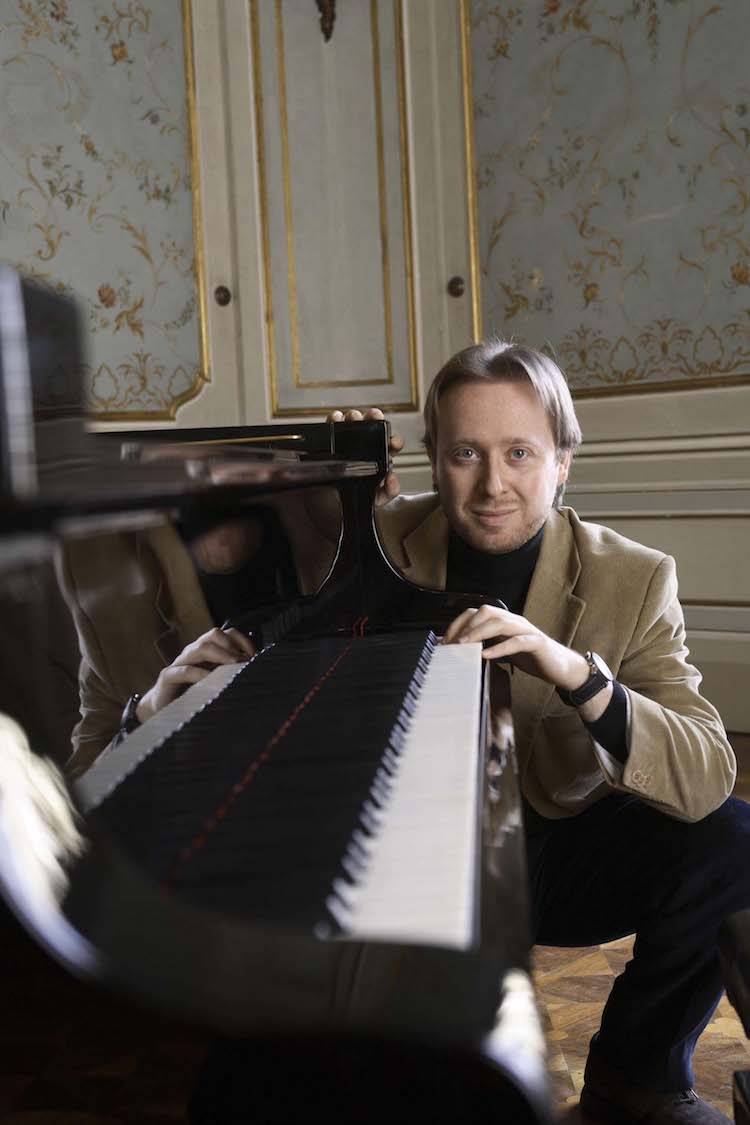 An article written for The Wall Street Journal, and headed Playing Heart, Soul and Feet, refers to “the almost architectural quality of the sound, created by the interplay of the two vertically stacked soundboards”. A Gramophone magazine critic refers to the Gounod concerto as “A real winner … one of the very jolliest of piano-and-orchestra recordings to come my way for some time …. being Gounod,” the critic continues, “it is supremely well-crafted melodic music …. Gounod’s box of bonbons is an unexpected delight”.

Shostakovich wrote his Seventh Symphony during the 900-day siege of Leningrad which began on September 4th 1941, the day on which the composer started working on the second movement of this Symphony. Although it’s commonly thought to depict the siege, according to English conductor Mark Wigglesworth, Shostakovich said: ‘Actually I have nothing against calling the Seventh the Leningrad, but it’s not about Leningrad under siege. It’s about the Leningrad that Stalin destroyed and that Hitler merely finished off.’ Because it was known that Russia’s greatest living composer was writing a symphony in support of the city’s resistance, the Soviet authorities finally managed to persuade Shostakovich to be evacuated to the town of Kuibyshev on the River Volga, which was relatively secure, and where the Symphony was completed.

The work was premiered informally on March 5th, 1942, in Samara, by Samuil Samosud with the Orchestra of the Bolshoi Theatre, which had also been evacuated from Leningrad. The composer had the score microfilmed, and it was smuggled to Iran, driven to Egypt, and flown via South America to the United States where it was given its American premiere by the NBC Symphony under Arturo Toscanini, on July 19th, 1942. It wasn’t until five months later that the city which had given the Symphony its name was to hear the work.

Mark Wigglesworth recounts how, with the city still under siege, only 14 members of the Radio Orchestra were still alive, and any soldier who could play an instrument was ordered back from the front line to join the orchestra. In a haunting tribute to those musicians who had died during the siege, empty chairs were placed in the orchestra for every one who had not survived. The concert was apparently broadcast live, as an inspiration to the people of the city to continue their resistance to the Nazis, and even a German General who heard the broadcast, is quoted as saying: “When it finished I realized that never ever shall we be able to enter Leningrad. It is not a city that can be conquered”.

Oleg Caetani leads the Nice Philharmonic Orchestra in a performance of works by Charles Gounod and Dmitri Shostakovich, at the Palais Acropolis on Saturday, September 22nd at 20h00.