Monte-Carlo Opera’s first production of 2021 is a new staging of Jules Massenet’s relatively unknown opera Thaïs – last seen in the Principality in February 1950.

Starring Latvian soprano Marina Rebeka (pictured below) in the title role, the opera features French baritone Ludovic Tézier as Athanaël, the monk who aims to convert Thaïs to Christianity, and French tenor Jean-François Borras as her lover, Nicias.

Jules Massenet (1842–1912) – one the leading French operatic composers of the Romantic era – is mainly remembered for the more than 30 operas which he wrote – works such as Manon, Le Cid, Esclarmonde, Werther, Cendrillon, Chérubin and Don Quichotte – but he also composed oratorios, ballets, orchestral works, incidental music, piano pieces and songs. Despite the score for Thaïs not being as well remembered as some of Massenet’s other works, the gorgeous Meditation for solo violin and orchestra is no doubt familiar to many lovers of classical music. It’s officially an intermezzo, but is frequently performed as a standalone piece. 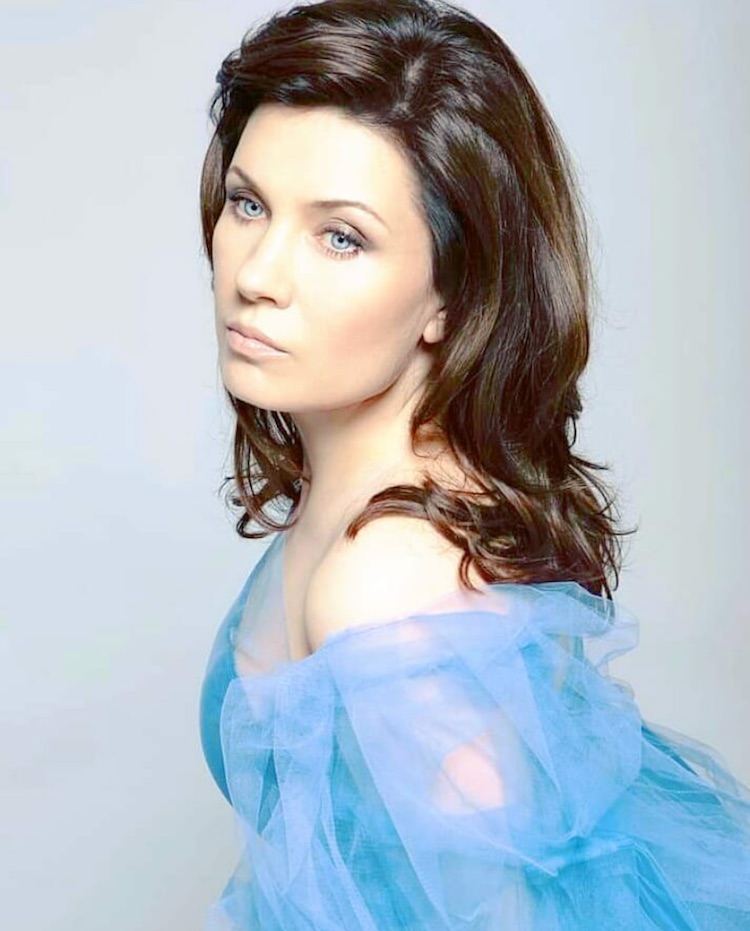 The libretto for Thaïs, by Louis Gallet, was inspired by an 1890 novel by Anatole France, which was based on events in the life of Saint Thaïs of Egypt, a legendary convert to Christianity. Set in 4th century Egypt, the opera premiered at the Académie nationale de musique in Paris, on 16th March, 1894.

The opera opens in a Canobite settlement in the Thebaid desert, to which Athanaël has just returned from a visit to Alexandria. He is concerned at the amount of the sin in the city, and the worship by its inhabitants of the actress and courtesan, Thaïs, whose performances and dubious morals are having a detrimental effect on them. Athanaël sees it as his mission to convert her to Christianity, and returns to Alexandria to save her soul. Although Thaïs rejects Athanaël’s demands to change her life, and even though his old friend Nicias is her lover, she ultimately accepts his declaration that his way will deliver her eternity. The citizens do all they can to keep their idol, but even Nicias accepts her determination, and helps Thaïs and Athanaël to escape. Athanaël takes her to the convent of Mother Albine, but is distraught at the thought of not seeing her again. One night he dreams that Thaïs is dying. He decides to take her away from the convent and her religious life, where the nuns have already declared her a saint, but he arrives too late and she dies in a vision of angels.

Marina Rebeka is described by Das Opernglas as “…. one of the great masters in her field”. Considered one of the world’s best interpreters of Violetta in Verdi’s La Traviata, and one of the greatest Rossini and Mozart singers today, Ms Rebeka has been a regular guest at concert halls and opera houses such as the Metropolitan Opera and Carnegie Hall in New York, Teatro alla Scala, Milan, the Royal Opera House Covent Garden, Amsterdam’s Concertgebouw, the Bavarian State Opera in Munich, the Vienna State Opera and Zurich Opera House. Her repertoire ranges from the Baroque to bel canto and includes the works of composers as diverse as Tchaikovsky and Stravinsky.

Ludovic Tézier has performed in some of the major opera houses of the world – the Metropolitan Opera, the Vienna Staatsoper, the Paris Opera, Milan’s La Scala, the Liceu in Barcelona, the Capitole in Toulouse, London’s Royal Opera House Covent Garden, the Salzburg, Bregenz, and Glyndebourne Festivals, and the Chorégies d’Orange. Recent roles include Marc-Antoine in Massenet’s Cléopâtre, Don Carlo in Verdi’s La Forza del destino, Escamillo in Bizet’s Carmen, Marcello in Puccini’s La Bohème, Giorgio Germont in Verdi’s La Traviata and Scarpia in Puccini’s Tosca.

Jean-François Borras has performed widely in opera houses around the world, and is no stranger to the works of Massenet, having appeared in the role of Nicias at the Theatre Municipal de São Paulo, as the Chevalier des Grieux in Manon for the Vienna State Opera, also at the Palau de les Arts Reina in Sofía and at the Opéra-Bastille, and in the title role in Werther for the Metropolitan Opera, the Greek National Opera and the Vienna State Opera. Other roles include those of Alfredo Germont in Verdi’s La Traviata in Monte Carlo and Tel Aviv, Roméo in Gounod’s Roméo et Juliette in Trieste, Genoa and Verona, and Rodolfo in Puccini’s La Bohème for the Metropolitan Opera and in Verona, Trieste and Graz. In concert and recital, his engagements include appearances in Berlioz’s Roméo et Juliette with Les Siècles at the Paris Philharmonie, and in Verdi’s Requiem with the Minnesota Orchestra.

Monte-Carlo Opera’s production of Massenet’s Thaïs takes place in the Salle Garnier from 22nd to 28th January. Please check the company website for starting times. Tickets may be reserved online.