After its overwhelming success at the Boston Museum of Fine Arts, one of this year’s most spectacular exhibitions is currently showing in London

Matisse and Nice belong together… one was unthinkable without the other. The other great love in the painter’s life were objects. He had an almost sacred rapport with his collection from the four corners of the world: Buddhist statuary from Thailand, Bamana figures from Mali, furniture and textiles from North Africa. Rarely of material value, these objects were nonetheless precious to him. They appear in his work in different guises and across spans of decades, reinvented in different ways and angles in each new setting.

“Matisse in the Studio”, the sumptuous exhibition offering a rare glimpse into the artist’s personal collection, as well as the paintings, sculptures and drawings it inspired, was on show earlier this year at the Boston Fine Arts Museum and is now stopping over at the Royal Academy of Arts in London through November 12.

Brimming with the artist’s treasured objects and for the first time focusing exclusively on their important role in his work, the exhibition reveals how this eclectic collection took on new life in his transcendent art. 34 paintings, 26 sketches, 11 bronze sculptures, 7 paper cutouts, 3 engravings, and various illustrated books, along with 39 other objects the painter kept in his studio, make this one of the most complete overviews of the painter’s work and life ever. And the Nice Matisse Museum, at the initiative of its new director Claudine Grammont, has partnered with the organizers, loaning 23 artifacts which have never before been shown internationally.

Louis Aragon, French poet, friend, and biographer of Matisse, described the painter’s “love for stuff” as being “a vocabulary for Matisse”. Indeed, his objects formed his repertoire, but they also provided him with influences from beyond the limits of Western art. African sculpture and masks were a revelation, suggesting more expressive models for depicting the human figure and face. Later, Matisse adorned his Nice studio with props from the Islamic world to create the sensuous sets for his ‘odalisques’, in which a harmonious synergy emerges between figure and object. And as his oeuvre reached its joyous apex in his cut-out period, he looked to the concise precision of Chinese calligraphy and African textiles as he sought to invent his own simplified language of signs and symbols. Seen together, they reveal how Matisse’s masterful vision of rich and masterful energy first stemmed from the collage of patterns and rhythms which he found in the world of objects. The layout, a maze of smaller rooms adorned with a colourful fabrics and paintings, is thematically grouped and designed to recreate a sense of walking through the winding alleys of a lively souk, alluding to the artist’s love for North Africa.

Matisse In His Walls, Nice:

Closer to home, the Musée Matisse in Nice-Cimiez also features a new temporary exhibit (Matisse En Ses Murs), paying homage to the painter’s 100th anniversary of his arrival on the French Riviera where he lived almost exclusively for 36 years until his death in 1954.

In a different take on his work and life environment, some of his most celebrated works that are inextricably connected with his time here over the years, have been regrouped in the “Matisse and Nice” room: They narrate the story of his successive moves from his Cours Saleya studio via Promenade des Anglais to Hôtel Régine in Cimiez, and his love for dialogue between cultures. Open through October 13. 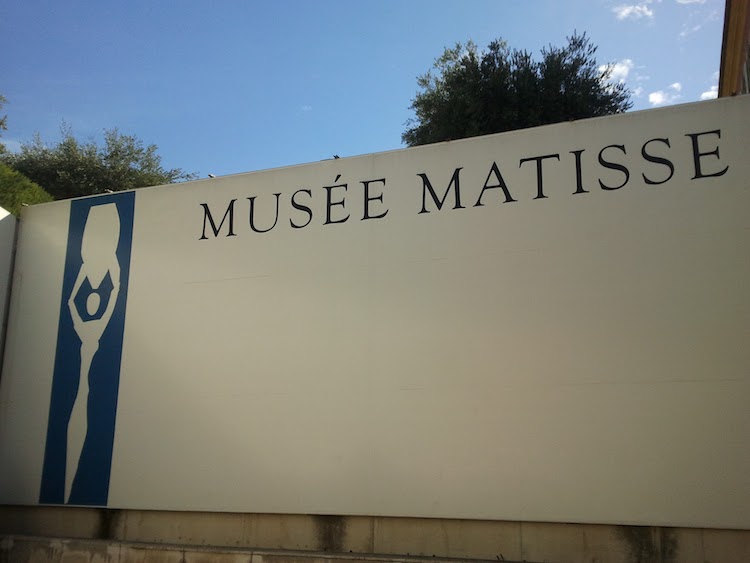