Movie fans all over the world are mourning the loss of Jean-Paul Belmondo, one of the greatest actors in history

He may have retired from the film industry long go ago but the film industry never retired from him: 12 years after his last major role in “A Man and his Dog”, Jean-Paul Belmondo was still a legendary movie star with a larger-than-life presence on screen and on red carpets around the world. He was also an exceptionally gifted stage actor. On September 6, 2021 he took his final bow at age 88 after a lengthy battle with health challenges.

A well-known figure on the French Riviera where many of his movies were shot and where he loved spending time, Jean-Paul Belmondo, The Magnificent, was much more than a popular actor, much more than a star. He was an emblem, an icon of the cinema who knew how to assume this status without ever appearing inaccessible or too sophisticated. 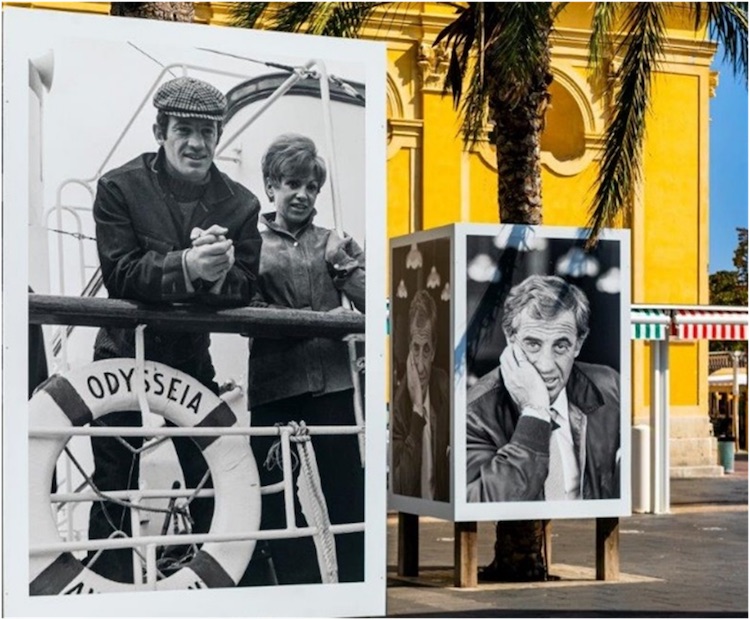 “Bébel was both a superstar of international stature, to whom the whole world pays homage today, but also a man of the people who, despite his fame, managed to remain close to his public. His distinctive acting style, friendly face, athleticism, and sheer life force left an indelible mark on the history of cinema and on our lives as moviegoers,” said Christian Estrosi, mayor of Nice, in a message.

David Lisnard, his homologue in Cannes, added that “Belmondo was the only one, along with de Funès, who managed to make any film popular, joyful, and therefore ultimately to make the spectators happy, beyond generations, and thus to generate a kind of family communion. Seeing his name on a programme was an assurance of a good evening shared.”

Belmondo himself had a more sober view of French film:

In the early 1980s he starred in the comedy, Le Guignolo. He was a secret service agent in The Professional (1981) and a pilot in Ace of Aces (1982). These films were all very popular at the French box office but damaged Belmondo’s critical reputation. “What intellectuals don’t like is success,” he commented. “Success in France is always looked down on, not by the public, but by intellectuals. If I’m nude in a film, that’s fine for the intellectuals. But if I jump from a helicopter, they think it’s terrible.”

Fans around the world today mourn a man who was without doubt one of the greatest stars of French cinema and who, with his charisma and his talents as a seducer, embodied a certain ideal of the French hero better than anyone else. And with him, a bit of the magic of the silver screen has died, too. RIP, Monsieur, et merci.

“Charm is the ability to make others forget that you look as you do.”
— Jean-Paul Belmondo