A new outdoor photo exhibition invites viewers to learn about some of the world’s most precious marine heritage sites and better understand the species that inhabit them.

We’re all still stuck for now. But Monaco has found an entertaining and educational way to shorten the long wait until we can travel again. A new photo gallery along the picturesque St. Martin Gardens – stretching from the Musée Océanographique to Monaco Ville – whisks you away to faraway shores, and to the depths of exotic oceans teeming with marine flora and fauna. The photos are the result of the work carried out by international and multi-disciplinary scientific teams during the ongoing three-year Monaco Explorations research project. Its principal objectives include a census of the megafauna, marking of sharks, exploration of large areas, adaptation of corals to climate change, etc., and each picture reveals a great variety of habitats and a marine life that is still largely unknown.

After three months on the gates of the UNESCO headquarters in Paris, the “Protecting UNESCO’s World Marine Heritage through Scientific Research” exhibition of 21 oversize panels can now be viewed through 1st March 2021 in Monaco. A digital version is also available.

Since 2017, the Principality of Monaco has been working in partnership with UNESCO to strengthen the conservation and scientific understanding of marine sites on the World Heritage List and drawing international attention to the conservation challenges facing the world’s most emblematic marine sites. Among the 50 marine sites listed as part of UNESCO’s world heritage, spread over 37 countries, four are represented in the exhibition: the Tubbataha Nature Park (Philippines), the Malpelo Fauna and Flora Sanctuary (Colombia), the South Lagoon of the Chelbacheb Islands (Palau) and the Lagoons of New Caledonia.

This exhibition is part of the United Nations Decade of Ocean Sciences for Sustainable Development (2021-2030), the preparation of which is coordinated by the Intergovernmental Oceanographic Commission (IOC) of UNESCO. Titled “The Science We Need for the Ocean We Want”, and to be launched on 28 January 2021 by a high-level meeting of experts in the presence of HSH Prince Albert II of Monaco, this initiative presents a unique opportunity for the world to multiply investment in ocean sciences and to mobilise the latest scientific advances and innovations for the protection of our ocean – including its marine sites of global heritage – for future generations. 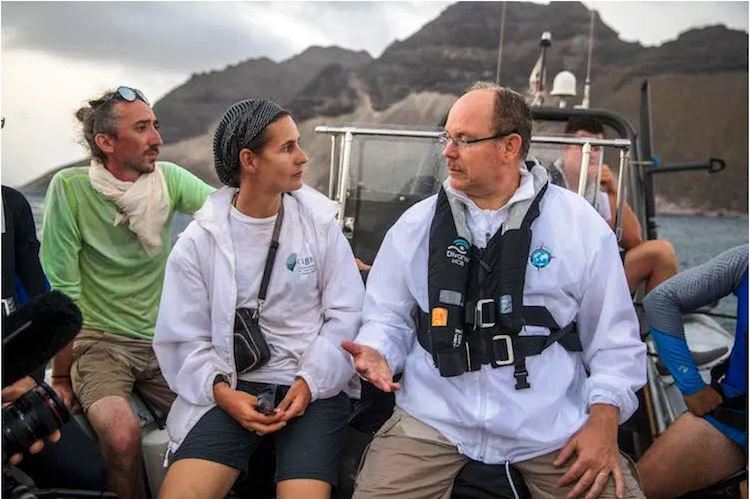 As a platform dedicated to the commitment of Prince Albert II of Monaco and the Principality of Monaco for the Ocean, Monaco Explorations is based on three principal pillars:

Political commitment at the highest level for an intelligent and sustainable management of natural environments;
High-quality scientific research, ensuring the development of useful knowledge for decision-making;
Raising awareness among the public at large, in particular the young generations, to encourage engagement, inform and mobilise.

The Jardins de Saint Martin themselves are well worth a visit. Founded in 1816 on what was once deemed a “narrow strip of useless land”, they stretch along the Southwestern flank of the Principality on at the very edge of the rock that Monaco sits on, offering spectacular panoramic views of the Mediterranean Sea deep down below. A leisurely one kilometer walk among exotic shrubs and trees, numerous artistic statues, and plaques commemorating the Grimaldi Princes’ contributions to science connects the Princely Palace with the Oceanographic Museum. 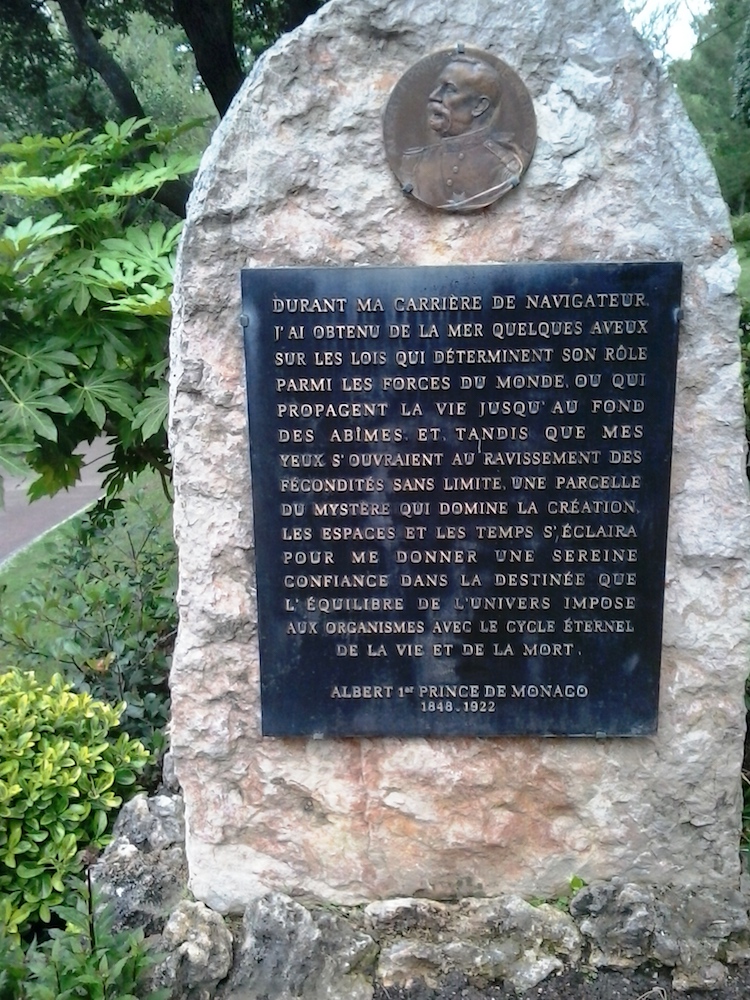 And while you’re there, do not pass up the chance to visit the museum’s many attractions, including the sea turtle basin and the current magnificent 3D-show (“Immersion”) which still runs through the end of 2021.