There are those in Paris who feel sorry for anyone who lives outside La Capitale, as oftentimes the really big names in music and show biz don’t venture yonder the Periphérique. Well, don’t be, Parisians, because this summer is going to be sizzling hot in the South, and not just in terms of temperature.

Speaking of the Capital … that is actually exactly what Nice has just declared itself for the Annual Day of Music. For the occasion, place Masséna will double as an open-air concert hall, complete with giant screen and a fiesta atmosphere. This is not just a four-hour long programme of big music stars (just a few brand names from a very long and impressive list: Calogero, Pascal Obispo, Kendji, Youssou Ndour, Marc Lavoine, and Christine and the Queens) but it is emceed by none other than the venerable Garou (and much hope is being placed in him to also sing). #TousANice – zee place to be on zat day!

Believe it or not, after more than half a century on stage, the Stones are still alive, and more astoundingly, still rolling. As Keith Richards puts it, “It’s such a joy to play with this band there’s no stopping us, we’re only just getting started really.” Part Two of their worldwide Stones – No Filter tour takes them to a number of massive concerts across Europe. On June 26, your grandma’s, your Dad’s, and your own favourite rock band is coming to Marseille turning Olympique Marseille’s Orange Velodrome Stadium into the kind of giant theatricus musicalius that we all know and love the Rolling Stones for. The set list packed full of classics such as Satisfaction, Paint It Black, Jumpin Jack Flash, Tumbling Dice, Doom & Gloom’ and Brown Sugar but they will include a couple of unexpected tracks and randomly selected surprises from their formidable arsenal of songs. And they are not coming alone but have invited The Glorious Sons along for the funfest. A handful of tickets, starting at around €200, is still available through their official booking site but better get them now or forever hold your peace…

It’s been a long time since Ringo Starr last toured Europe, but this summer he is back on the road. The ex-Beatle will grace the stage of Salle des Etoiles in Monaco on the occasion of the Monte-Carlo Sporting Summer Festival, and he is bringing not only his All Starr Band buddies Steve Lukather, Gregg Rolie, Warren Ham and Gregg Bissonette, but also Colin Hay Back (of Men At Work fame) and Graham Gouldman, member of the legendary 10cc. Together they will feature Ringo Starr’s new album Give More Love, the fruit of his collaboration with fellow musician and friends, among them Paul McCartney. Tickets start around €350.

But wait, that’s not all we will see of the recently knighted Sir Ringo Starr! On July 7 he will celebrate not only his birthday but also the 10th anniversary of his Peace & Love project.  The idea behind it is simple: Inviting everyone everywhere to say, post #peaceandlove or even think “Peace & Love” at noon, their local time. Ten years later, Ringo’s dream of generating a wave of Peace & Love that spans the planet on July 7 starting at noon in New Zealand and ending at noon in Hawaii continues to unfold.  Last year saw fans in over 23 countries join the movement – from New Zealand to Antarctica, Latin America to Asia, Hawaii and more.

This July 7, he will be joining fans at the Hard Rock Café in Nice which will play a video message from Ringo (details for which will be listed on Ringo’s Facebook page under “Events” for fans around the world who want to gather).

July 10: An Englishman in Cannes

In the 1980s The Police gave the world a gift that keeps on giving, and it’s called Sting. The indefatigable singer-bassist-composer is one of the most prolific artists, selling over 100 million albums over the 30 some years of his scandal-free career. His hits, among them Every Breath You Take, An Englishman in New York, and Message in a Bottle, are almost part of England’s, if not the world’s, cultural heritage. Somewhere along the line he also found the time to appear in 15 films, write two books, and to start and head Rainforest Fund, a charitable foundation dedicated to the preservation of the rainforest by defending the rights of the indigenous peoples living there.

This year Sting and his Jamaican musician friend Shaggy co-wrote and co-produced a reggae-flavored album titled 44/876. Its beach groove, paired with a nod to American pop culture, is the perfect mix for Cannes. “Sting’s still a fearless, fascinating lyricist, and Shaggy’s attractive persona remains one wink short of a leer”, wrote The Guardian about their “fine bromance”. Have a look and listen for yourself when the unlikely duo presents its love child at their concert at the Palais des Festivals et des Congrès in Cannes on July 10.

Beth Ditto – love her or hate her, but one thing is sure: She leaves no opinion unuttered. Or actually, make that two things are sure, because there is also the undisputed fact that she is one of the most influential musical artists of the 21st century. The former Gossip frontwoman knows how to belt out a tune with a vocal force that is often compared to Etta James, Janis Joplin, and Tina Turner. But she also writes her own songs and lyrics. Her memorable appearance has paved the way to greater body-positivity in society, and her outspoken advocacy for LGBT and feminist causes have made her a heroine and role model to an entire generation.

This formidable powerhouse is coming to Cannes on July 31, where young Niçois electro-pop band Hyphen Hyphen will help her rock the house, or rather the Riviera Terrasse of the Palais des Festivals et des Congrès. Two shows for the price of one? Oh yes, they Cannes, and they will.

Sneak Preview to 2019 : Not Farewell but ‘See You Later’ in Nice

There are music icons and music legends, and then there is Sir Elton John, who is in his very own league. After over 40 years in the business, he is ready to close the chapter of Life on the Road and start writing another one, focusing on his home life and family. The original Rocketman is currently on his multi-year, five-continent, 300 concert Farewell Yellow Brick Road tour. Several concerts are planned across France, with dates and locations yet to be confirmed. But when it comes to Nice, it’s not “Goodbye” but ‘See you round’ for this friendly neighbour in Mont Boron. For news of an Elton John concert near you, keep an eye on his website with updates on tour stops.

But wait, there is more!

For all these headliners, what would the French Riviera be without the annual Jazz à Juan extravaganza, this year from July 12-22, with a lineup worthy of a top notch festival in New York: Lenny Kravitz, Earth, Wind & Fire, Carla Bruni, Chick Corea, David Sanborn, Ibrahim Maalouf and Angélique Kidjo, or Norah Jones, to name but a few. 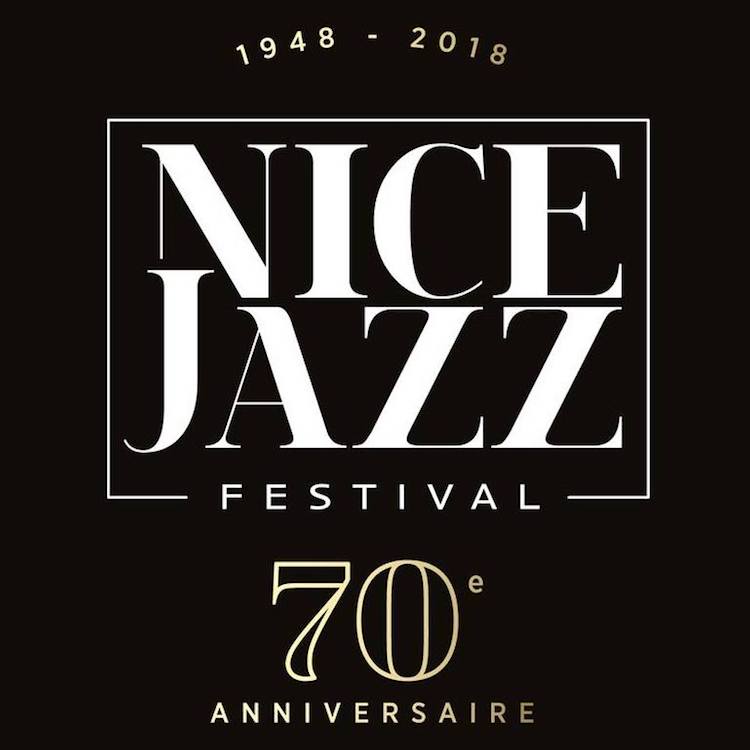 Nice, too, is pulling all the stops for the 70th edition of its Nice Jazz Festival from July 17-21, including Massive Attack and Herbie Hancock, but also lots of new talent.

And of course not forgetting Beyoncé and Jay-Z who play Nice on July 15…!

So, Paris, as you jealously eye this musical summer programme in the South, we’re quite sure we’ll find many of you down here. It’s OK, you can always say you came for the sun and the sea…