The Cannes Film Festival celebrates its 70th anniversary, and Nice complements the festivities with a cornucopia of cult movies from 1946 through today

Niçois movie buffs know and love the treasure that is the Cinémathèque, which offers rare gems year round. But this May, they are in for an even bigger treat: in honour of the 70th anniversary of the world-famous annual Festival de Cannes, and as a quiet nod to its own 40 successful years, the venerable film archive-cum-theatre trains the spotlight on Oscar- and Palme d’Or-winning films and stars that have written seven decades of film history. 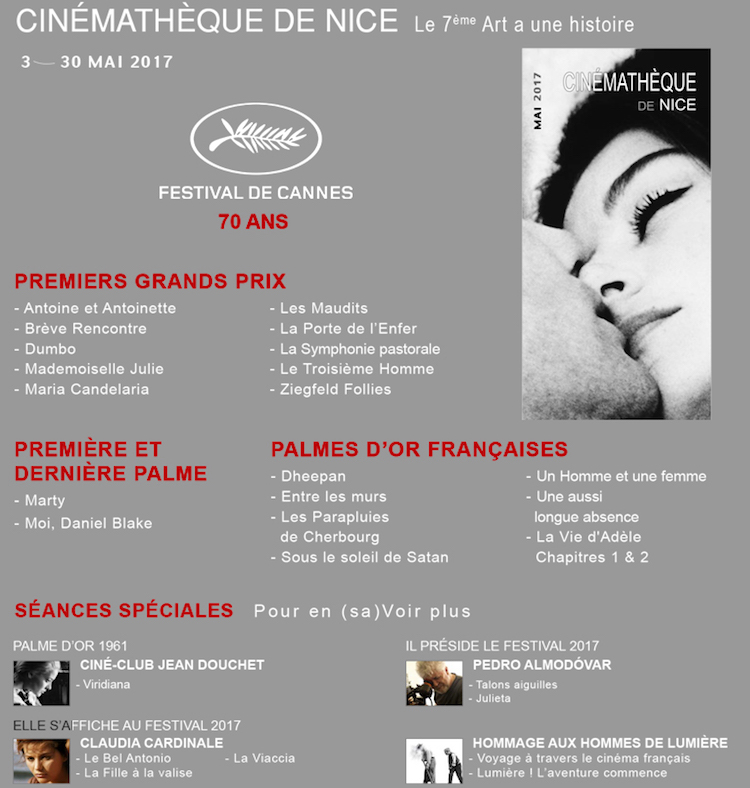 Post-World War II. The previously thriving European movie industry had to start over again. While Hollywood is quickly back in the swing of things, the inconspicuous small Rivieran town of Cannes creates its own film festival to help movies get some traction again in Europe. Among the highlights of those years, unforgettable classics such as Vincente Minnelli’s Ziegfeld Follies or Carol Reed’s The Third Man, starring Joseph Cotton.

In 1956, Delbert Mann not only took home the first Palme d’Or award for Marty, but also decorated his mantelpiece with four Oscars. The most recent Golden Palm went to Ken Loach in 2016 for Moi, Daniel Blake, followed by the coveted César trophy. Both works are presented at the Cinémathèque to mirror sixty years of neo-realistic love stories, and sixty years of a window to a society that is changing faster and more frenetically every year.

The festival is an apolitical no-man’s land, a microcosm of what the world would be like if people could contact each other directly and spoke the same language. — Jean Cocteau

Palme d’Or for French movies
The pinnacle of cinematographic awards

French filmmakers are no strangers to polemics and controversy – in fact, it seems essential to their artistic expression. Among the seven films featured in this category, Claude Lelouch’s timeless Un Homme et Une Femme stands out on an international level.

Ah, la Cardinale! Without doubt one of cinema’s most gorgeous and sensual divas ever, she graces the anniversary poster of the Cannes Festival. She represents European beauty and class at its very finest. Three of the movies that marked her career, starring opposite celluloid gods like Marcello Mastroinanni and Jean-Claude Belmondo, are presented at the Cinémathèque. 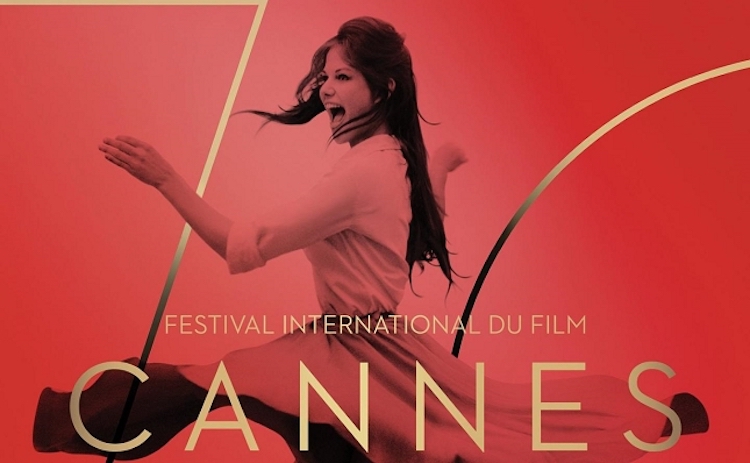 And what could one say about Pedro Almodóvar that has not been said yet? One of the giants of European films, balancing the highwire between provocation and sensuality, he is this year’s jury president in Cannes. To honour his contribution to the film industry in Spain, Europe, and worldwide, Nice presents two of his works, his breakthrough Talons Aiguilles (1993) and his most recent masterpiece, Julieta (2016).

Better than anyone else, this filmmaker symbolizes the two fundamental pillars of the Cannes philosophy: movies as a feast, and moves as an artistic ambition. — Télérama

As always, there is much more to discover at the Cinémathèque this month… a tightly packed schedule of classic movies, meetings with Jean Duchet, Bernard Tavernier, and Thierry Frémaux, and countless other activities around the Seventh Art. Be sure to check out the full programme and then, popcorn at the ready, book your seat early.