If you are on social media, chances are that you have come across a short sketch about the way French people greet each other that was posted last year and then reposted on every blog and Facebook page. “When meeting a girl for the first time, should you shake hands or give her a kiss?”, “How many kisses do you have to give?”,  “Which cheek do you kiss?” … there were just a few of the questions raised by bilingual Brit Paul Taylor in an hilarious YouTube video that got one million views in just one week and quickly became an internet sensation.

Riding on this success, the young man, who used to work and travel the world for Apple, is now making a new life for himself as a stand-up comedian and it is with his half English, half French show that he will be in Nice, at the Théâtre de la Cité, this coming October.

Giving up a well-paid job and a bright future in a big company to start over and make people laugh in two languages is never an easy task, but Paul Taylor definitely has what it takes to make it work: a sharp sense of observation and humour, an undeniable ease with languages as he speaks French like a “Froggy” with just a slight a hint of an English accent, and a huge list of topics that tackle his adopted country’s particularities that, based on his own experience, might be difficult for expats. From the many public holidays and culture of strikes, to the dreaded administration and mad driving skills, no facet of life in France is safe with him.

If you do not yet know him, you can always check out the many “What the Fuck France“ 3 minute films he made for French channel Canal+. They are all available on YouTube.

Paul Taylor will be at the Théâtre de la Cité in Nice, on Friday, the 6th of October at 7:45 pm and 9:30 pm. Tickets cost from from €28 to €30 and can be bought at all the usual outlets or reserved online. 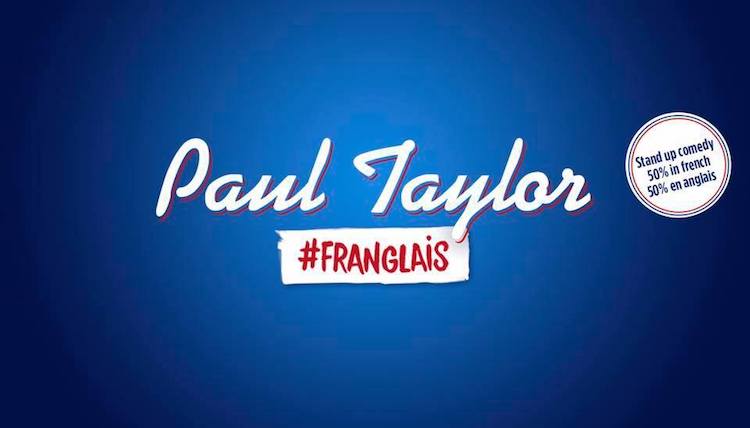