The International Perfume Museum in Grasse is celebrating the fashion designer’s love for the South of France with a summer exhibition entitled “Esprit de Parfums”.

Just a year after the renovation of the Château de la Colle Noire, the provencal holiday residence of Christian Dior, “Esprit de Parfums” is an exhibition that highlights the artist’s life, but also his most famous olfactory creations.

Located near Grasse, the splendid property, set on several hundred hectares, is where the French couturier found the inspiration to craft some of his most famous fragrances.

“Close to the land, a stone’s throw away from my vineyards and jasmine, I always feel comforted”. – Christian Dior

But Dior’s love affair with the French Riviera started well before his purchase of the 12,900 square foot château in 1950, his “haven of peace”. As early as 1934, his recently widowed father decided to leave Granville, in Normandy, and move with his daughter Catherine and governess to Callian, in the Var. The young Christian who was already living in Paris at the time, regularly went to stay with them, even taking refuge in the family home in the early 1940’s. After the war, he often visited his sister who had become a flower trader, working as an intermediary selling flowers grown in the South of France to the rest of the country.

It was thus natural that the designer chose to base his first fragrance, Miss Dior, on rose and jasmine. That was in 1947, and the perfume became an immediate success. But the fascination for the region did not stop there. Following in the footsteps of Paul Vacher, Dior worked with a string of Grasse’s perfumers to concoct some of his best fragrances. These included the self-styled ‘perfumer/composer’ Edmond Roudnitska, who created Diorama, Eau Fraîche, Diorissimo and Eau Sauvage, and Edouard Fléchier, the man behind Poison. The region has always been central to Christian Dior scents – even nowadays,  the official perfumer and fragrance designer for the Maison Dior is Grasse-born François Demachy, who has held the position since 2006. 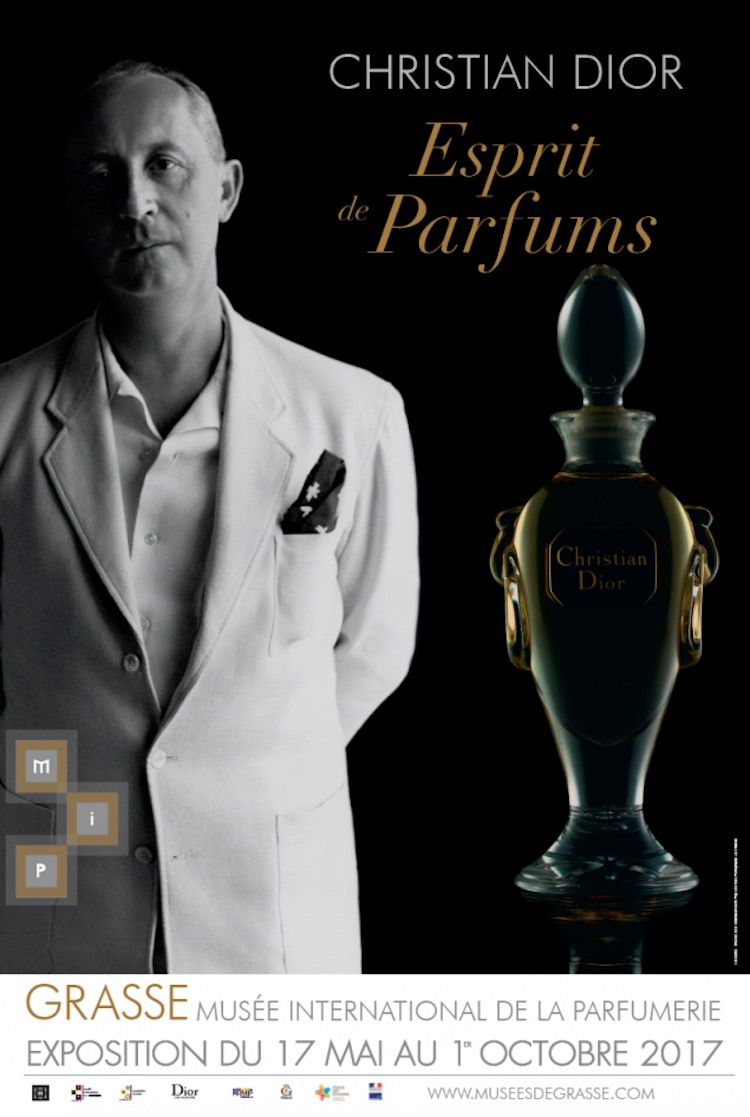 The exhibition, which runs until the 1st of October 2017, serves as an opportunity to display the museum’s large collection of bottles and posters, as well as some masterpieces belonging to the Maison Dior, and pieces on loan from both public institutions and private establishments. Meanwhile, videos and interactive terminals provide an historical context which call on all the five senses.

The Musée International de la Parfumerie is open every day from 10 am to 7 pm, and the entrance fee is €6