One of the world’s most fascinating sail ships, the Belem, has cast anchor in Port Canto where she will stay over until spring 2021. A rare chance to visit this beauty.

It’s hard to roll out a red carpet on the sea but among all the marine vessels deserving of the honour, the Belem would definitely be worthy of it. Launched in July 1896, she is one of the Grand Old Ladies of sailing cargo ships with a colourful history that includes several changes of purpose, national flags, and home ports. After just sailing into Port Canto in Cannes – where the iconic Tall Ship will stay over the winter until March 2021 – she can be toured until October 25, 2020.

With a burden of 534 tons, an overall length of 58 metres, the main mast towering 34 meters above the waterline, and her 22 sails, the Belem is a sight to behold. In her 125th year, she is the last three-masted French barque still under sail, and an important part of the country’s naval heritage. Classified as a historical monument since 1984, this floating museum gives a glimpse of life on board a 19th century vessel. Visitors can explore different work areas and living quarters, learn her history, understand the specificity of its square lighthouse rigging, stand at the helm, climb the mast, and meet crew members. Over one and a half million visitors have toured the Belem since her opening to the public in 1986.

If the Belem is still sailing in a time when most ships from the late 19th century have been decommissioned or replaced by steamers, it is thanks to her incredible adaptability. Her successive owners changed her use over the centuries, giving her roles in line with the economic realities of their time.

Commissioned in 1895 by Fernand Crouan, a wealthy businessman in Nantes, the Dubigeon shipyard finished the Belem on June 10, 1896 and launched her one month later. She was one of eight ships in Monsieur Crouan’s possession, especially created to transport cocoa and sugar from Brazil and the West Indies to Nantes, France. In this capacity she would carry out 33 transatlantic crossings.

In 1911, she was sold to the Duke of Westminster who re-flagged her under the Union Jack, equipped her with engines, and repurposed her as a big luxury yacht. Ten years later she changed hands once again. Her new owner, the Irish brewer Sir Ernest Guinness renamed her Fantôme II and used her to participate in large regattas and to cruise the world. Following his death in 1939, the vessel was laid up in the Isle of Wight during the Second World War. And in 1951 the ship was sold to the Cini Foundation in Venice, renamed Giorgio Cini and, now under the Italian flag, converted into a training ship for sailors’ orphans. 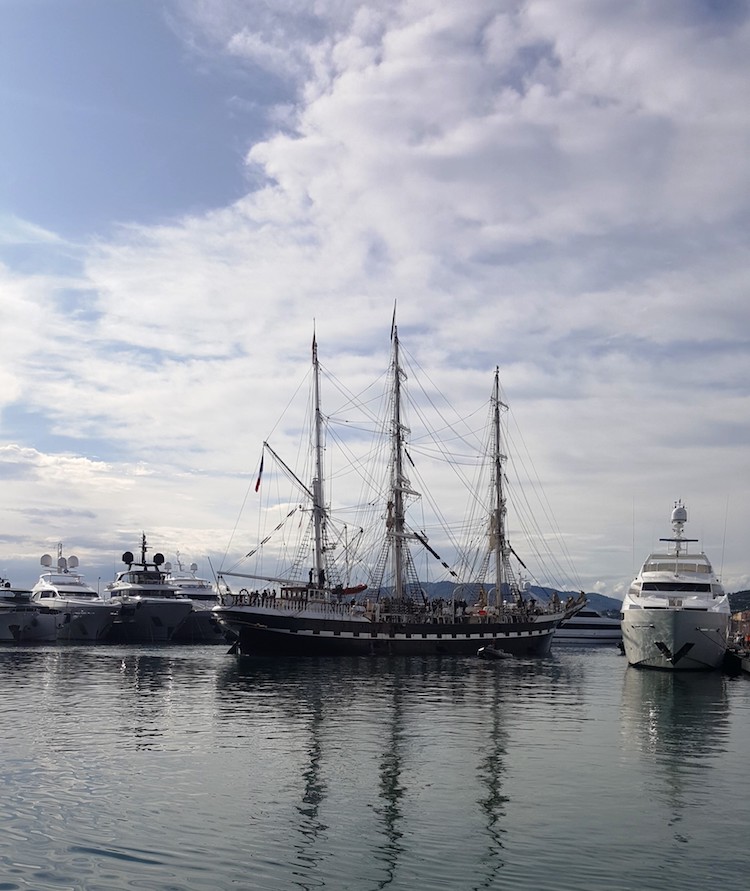 In 1979 she finally returned home to her original name and flag when the French savings bank Caisse d’Epargne purchased and restored her, and entrusted her preservation to the Fondation Belem, specifically created for this purpose. The Foundation has been using her as a school and training ship open to the general public. In an ordinary year she also offers excursions to the open sea for land rats interested in being sailors for a few days although due to the ongoing public health crisis these had to be cancelled in 2020.

Current challenges notwithstanding, she is deemed to be “born under a lucky star”, having miraculously escaped a fire, the 1902 eruption of Mount Pelee in Martinique, the bombings of two World Wars, and an earthquake in Japan during the century and a quarter of her existence. 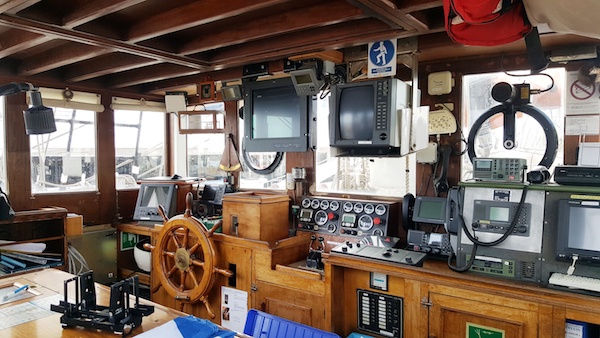 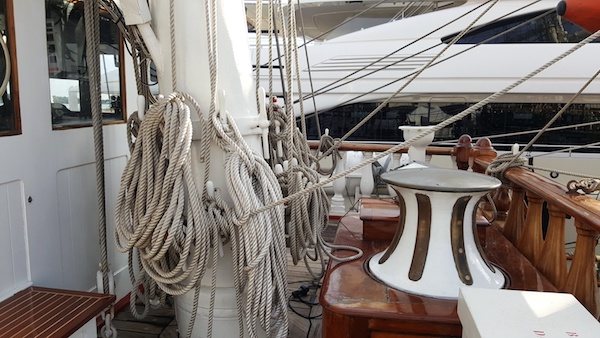 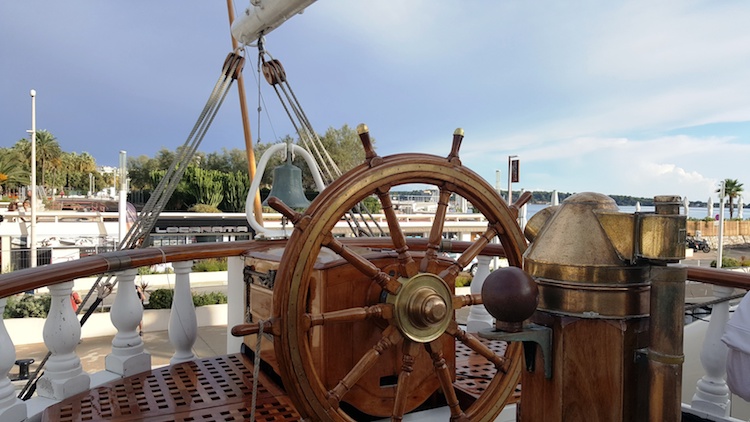 Over the past 40 years the Belem has represented France at numerous historic events, among them the 1986 centennial celebrations for the Statue of Liberty in New York; the 2008 North Atlantic crossing to participate in the 400th anniversary celebrations of the founding of Quebec; the 2012 voyage to honour Queen Elizabeth II’s diamond crown jubilee and mark the London Olympic Games; and her triumphant return visit to Venice in 2014, one of her old home ports.

The Belem is today one of the last square-rigged, three-masted lighthouse-rigged ships still in navigation. The specific features of her rigging make her a barque – a three-masted vessel whose foremast (forward) and mainmast (in the centre) are rigged with square sails, while the mizzenmast (aft) carries a gaff rigging (a brigantine and a boom). The Belem actually has a fourth mast, inclined forward and overhanging the bow, called a bowsprit mast. Its flying yards make it possible to quickly reduce the sail at the top of the mast. The Belem carries her original rigging, one of the most technically advanced for her time, typical of the golden age of sailing. Her crew – consisting of 16 men and women – masters the skills to manoeuver her as in the 19th century. 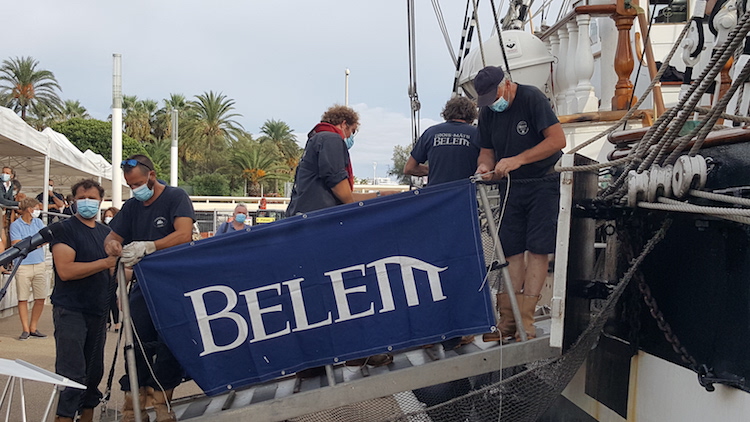 Due to the current specific health safety regulations, visits must be pre-booked online

(For further information on the Belem and its excellently chronicled history, visit the incredibly detailed website created by Laurent Gloaguen, a Franco-Canadian blogger who counts among the world’s most authoritative voices in all things sailships.)