It has been five years since our last visit to Jany Gleize’s sumptuous hotel and Michelin starred restaurant. How have these complicated times treated him and his establishment?

“Had Napoleon stopped over at La Bonne Étape, he would have stayed and avoided Waterloo.” Anyone who has ever spent time at the imposing four-star Relais & Châteaux hotel with its Michelin-starred restaurant located in the tiny Alpine village of Château Arnoux-Saint Auban on the route Napoléon, will fullheartedly agree with this guest book comment made by a well-known personality. This small slice of paradise, family owned and operated since the early 1900s, and just a two-hour drive from Nice, is one you won’t want to leave easily, as we established on our first visit five years ago.

But recent times have been unkind to economy in general and entrepreneurs in particular. Tourism in France was already severely impacted by the Yellow Vest movement in the second half of 2019, which brought a substantial portion of public transportation to a standstill. And in 2020, Covid brought its own unprecedented set of challenges. While having to shutter a high street shop is painful enough for an owner, how can a labour- and cost-intensive small business like an independent hotel/restaurant cope? We therefore returned for a long-overdue two day visit to check in with Jany Gleize, the fourth generation owner of La Bonne Étape, to find out how he captained his ship through these choppy waters. 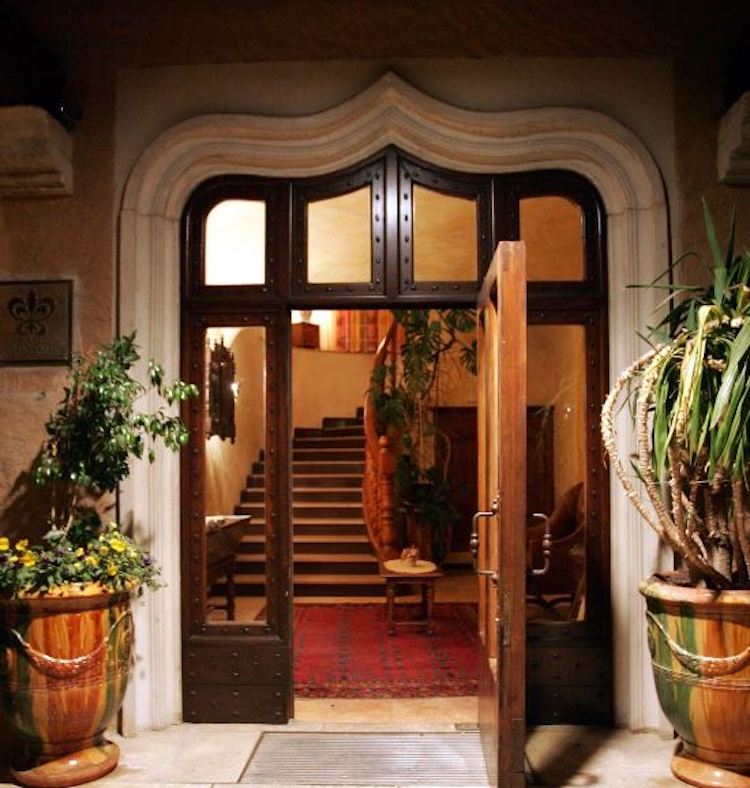 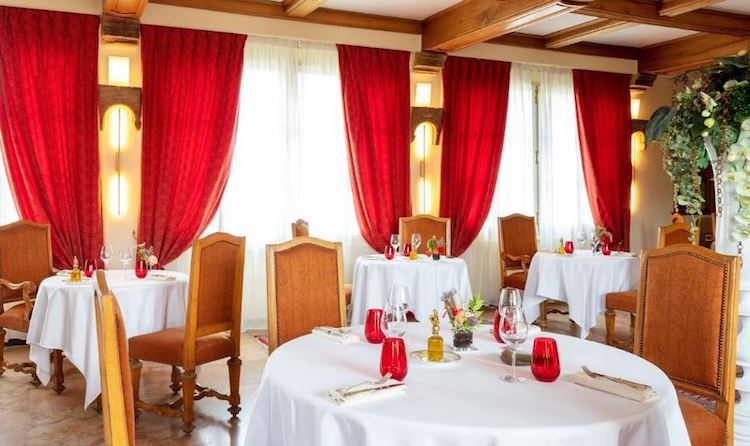 The first thing we notice upon arrival is what has NOT changed. The 18th century Provençal style manor is as immaculately groomed and welcoming as ever. It oozes tranquility, a rare commodity in these troubled times. Here, you leave your worries at the doorstep while an incredibly attentive staff spoils and pampers you. You feast on delicious, locally sourced food. You stay in well-appointed rooms offering every creature comfort you could want for. You might stumble across famous personalities that are also enjoying a time out here. And the affable, ever-smiling Jany Gleize is not just your inn keeper but your gracious host and friend, paying meticulous attention to the smallest details. This is, after all, his own ancestral home.

“Of course the public health crisis was a really bad surprise. We had made it alright through the 2019 autumn and winter without being too badly impacted by the strikes. The house usually closes after the Christmas holiday season and then reopens mid February – and this year, just one month later, we were forced to close down again,” Jany Gleize explains. The two month lockdown also coincided with a busy early travel season around Easter and several holidays in May, taking an extra big bite out of any business in the tourism sector.

But Jany is not one to be easily defeated. He used his time wisely. Having always wanted to do some renovation projects, he went straight to work, carrying out necessary repairs and upgrades, and giving most of his guest rooms a contemporary makeover. He also laid the groundwork for another pet project he had had in mind for some time. His recent acquisition of some neighbouring property gained him the space for an outdoor patio to the restaurant, and he now can also install an elevator for greater ease of access for guests with reduced mobility. 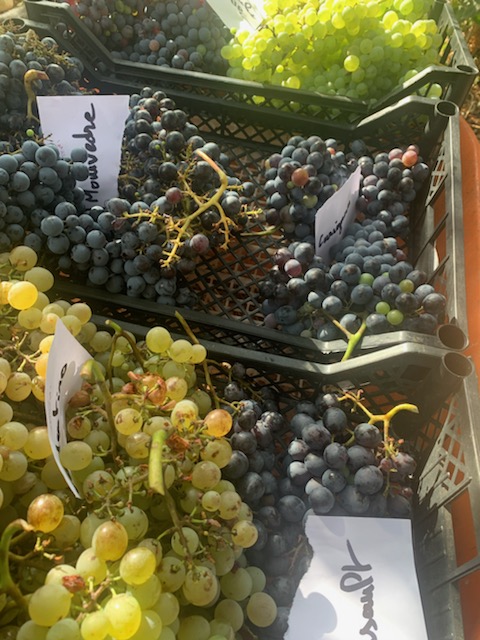 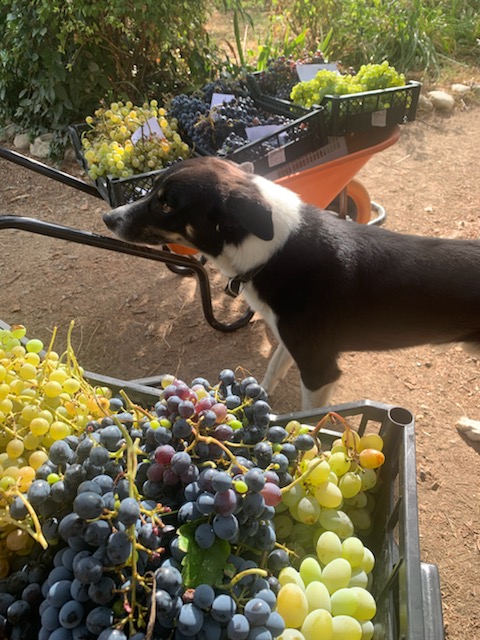 Three months after the June re-opening, the house is as peaceful as ever, with no trace of the big works that happened here this spring. Only the famous Jean Rey vegetable garden, originally planted by Jany’s grandfather, hints at ongoing work. We are curious to know if it was difficult to get people to come back. The surprising answer, “No, we were actually pretty solidly booked all summer. After the strict confinement from March to June, people are eager to enjoy themselves more than ever.”

Enjoying oneself also means being inclined to splurge on fine dining, and there is no better address in the Digne/Sisteron area. Jany Gleize’s on-site “La Bonne Étape” restaurant and “Le Goût du Jour” bistro are as excellent as ever, everything is home made right down to the bread. All the staples that have earned the chef an international reputation – like the meltingly tender Sisteron lamb, or his scrumptious iced dessert with spun honey – are perfectly, flawlessly executed. There is a very good reason why La Bonne Étape has held a Michelin star since 1964, without interruption.

And yet, it seems the dishes have been updated ever so slightly to be a tad more creative and daring… In fact, there is now also a seven-course vegetarian menu with culinary delights such as the utterly delectable cold zucchini soup that will convince even the staunchest carnivore. “That’s my daughter Jane’s influence. She is starting to make her mark on the menu,” Jany says, with more than just a little pride in his voice. Jane, all of 22 years old, has already stood at her father’s stoves, and those of other top chefs, for years. And clearly, the culinary talent that goes back to her great-great-grandparents, who in 1911 founded La Bonne Étape’s predecessor Hôtel Perrimond, runs in the veins of Jany Gleize’s only child. She is all set to become the Bonne Étape’s fifth generation owner-chef. 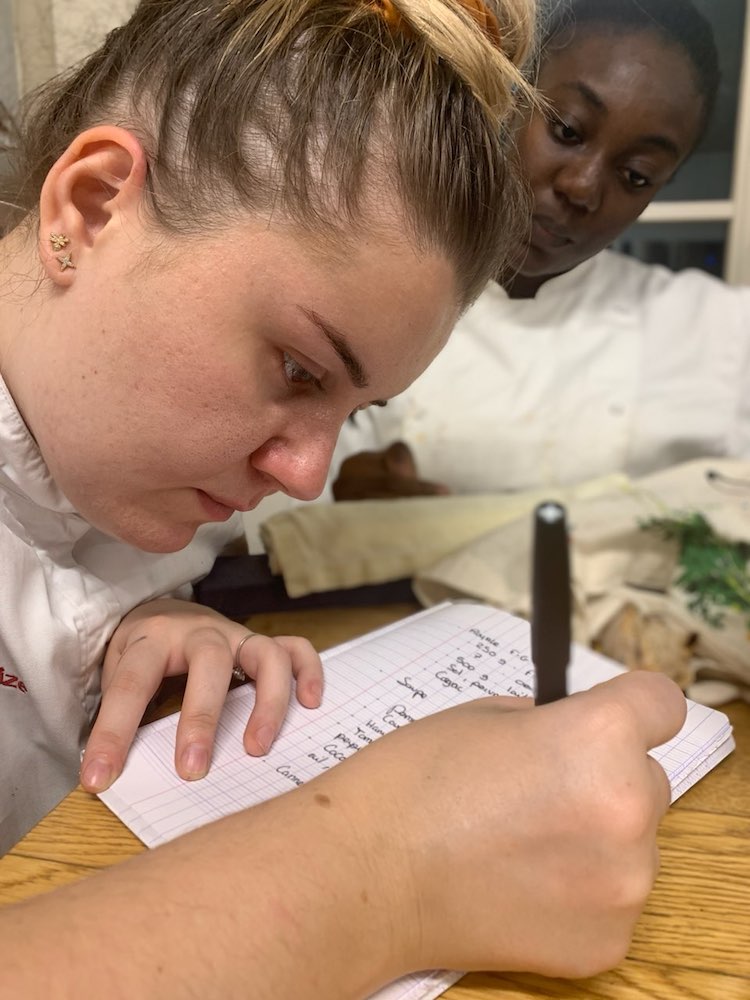 The same perfection that applies to the kitchen brigade, goes for the staff. From the attentive front of house team under maître d’ Cyril Isnard – himself fit to serve at Buckingham Palace – to the reception crew represented by the charming Lucille Paix on the days we visited, on to Jany Gleize’s unflappable assistant Jessica Derivet (who on our previous visit had overseen the dining room), and the many good fairies that keep your room and the premises so spotlessly clean, everyone is an important and valued part of the Bonne Étape family, and their pride of tribe shows in the way they treat guests. Jany Gleize, on his part, is well aware of the great team that supports him and does his utmost to see them through the current economic turmoil. And even his 90 year old father Pierre, who is still in pristine health, makes the occasional cameo appearance to check in and ensure that everything runs like clockwork.

So much dedication to the common goal of preserving the invaluable Gleize heritage is reflected in guest loyalty. “We have a regular guest from the UK who left here on the day lockdown was announced [March 17], promising he would be back on the day we’d reopen… and he was,” Jany tells us. Along with the regulars, a new crop of visitors has sprung up. While, apart from some Europeans with a case of wanderlust, there are fewer international visitors than in previous years, the number of French guests has decidedly picked up. “They are definitely more willing than before to stay close to home and discover their own territory”, Jany explains. “They are looking at us with a renewed interest and appreciation.” 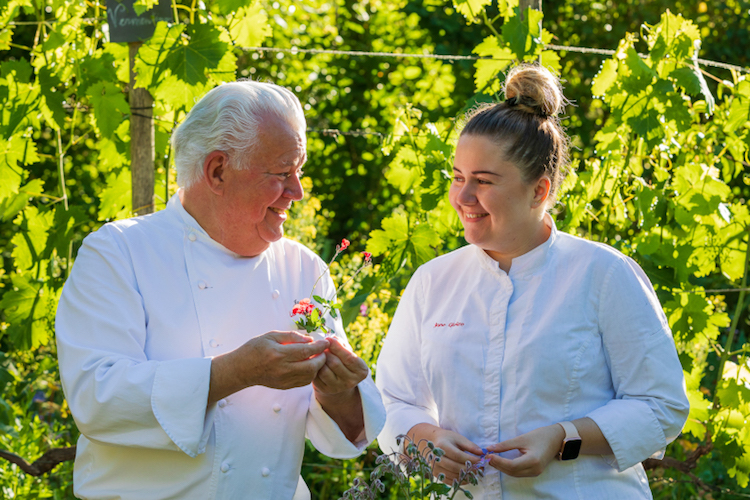 Out of the four marked seasons, autumn is probably the best time to visit this richly blessed Alpine region. There are fewer tourists and the warm, dry weather is a lot more pleasant than the stiflingly hot summer days. Mother Nature unfolds her colourful abundance, and her generous gifts are reflected in a menu packed with seasonal treasures…. game, mushrooms, pumpkins, fall fruit and berries, nuts…

This is an unhurried, stress-free time of the year, but with plenty to do. A visit to the beautiful 16th century castle of Château Arnoux, a mere stone’s throw from Maestro Gleize’s premises, is a nice trip down history’s Memory Lane. The nearby towns of Digne-les-Bains, famous for its thermal baths, Sisteron, a hotspot for outdoor activities, and Manosque with its historic centre, host a plethora of events and festivals. The splendid Gorges de Verdon, less than 30 minutes from here, invites the athletic ones among you to hike and kayak. Or perhaps you would rather accompany chef Jany on a field trip to the local farmer’s market or take a cooking class in his restaurant…

If for some reason you cannot make it here any time soon (or you cannot wait to come back), you can always order Jany Gleize’s cookbook, or alternatively check out TV producer Bruno Klimis’ very entertaining video channel featuring regular visits behind the scenes of La Bonne Étape:

Yes, this extraordinary year 2020 has impacted everyone in some way. But those who see opportunities in crises and are willing to work hard to overcome hardships have come out even stronger than ever before. There has never been a better time to visit Jany Gleize and La Bonne Étape than right now. Carpe Diem!