The French-Italian border region has traditionally been a haven for travelers, artists and nobility. A number of top notch exhibitions between Tende and Nice are testimony to this.

Social media influencers know it – museums are trendy. Yesteryear’s uninspiring display cases have made room for stylish scenography and exciting hands-on experiences. If you are on the Côte d’Azur over the summer, you are in luck – this year offers a particularly good crop of special exhibitions. Some are discoveries off the beaten path, others are likely to be packed, but all are exceptional. This two-part feature presents the RIVIERA BUZZ favorite picks in geographical order, starting at the French-Italian border and working our way down the coast. 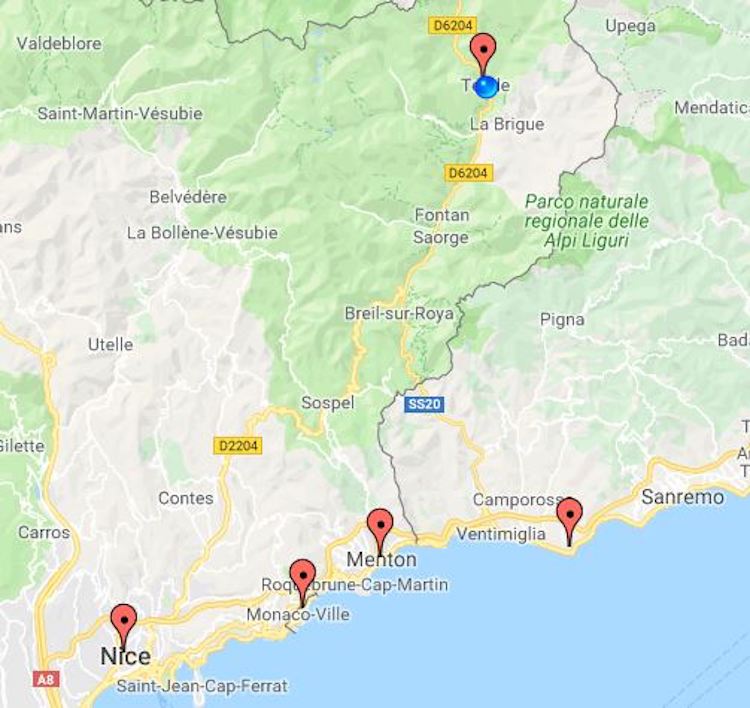 The only reason why this gem of a museum gets frequently overlooked is its location in Tende, a small town nestled high up in the imposing Mercantour National Park. And yet, it definitely warrants a special trip. In this Alpine region, cross-border trade and migration reach back millennia, and the museum’s collection and special exhibitions reflect this history of intermingling cultures.

This year, the Musée des Merveilles de Tende presents an adapted and updated version of an exhibition designed by the Musée d’Anthropologie de Monaco, as part of the joint Monaco-Mongolia archaeological mission begun in 2006:

During several archaeological campaigns at the Tsatsyn Ereg site in the heart of Mongolia, dozens of large funeral complexes and about a hundred stelae decorated with representations of deer, geometric figures, and weapons were discovered. Created between the late Bronze and Iron Ages by nomadic peoples without knowledge of writing, the engraved monuments remain unique and fascinating. 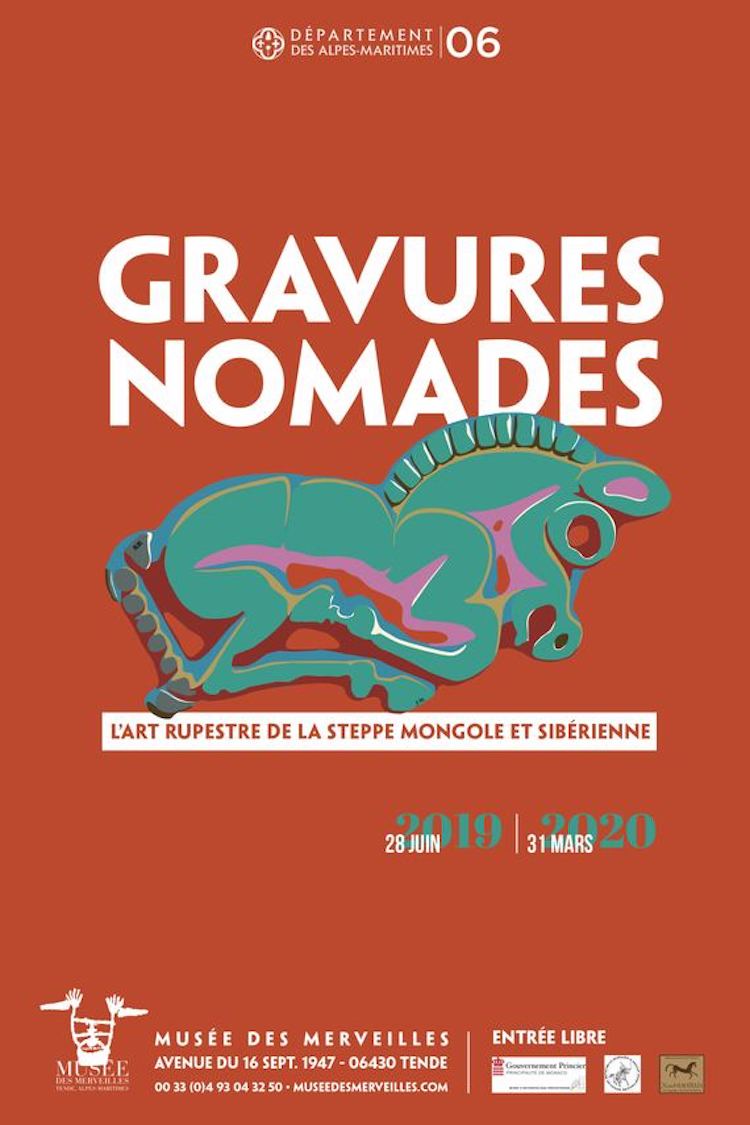 A number of these exceptional archaeological artefacts are now displayed in a special exhibit which seeks to decipher the relationship between the objects found in the excavations (weapons, ornaments, crockery…) and the stelae engraved by Mongolian horsemen.

Multimedia tools, exceptional moulds and contemporary scenography sweep you off on an adventure with these protohistoric nomadic peoples in distant and mysterious territories.

A complementary photo exhibit titled “Horizons Mongols” by Bruno Morandi and his wife Tuul is a meditation on the fragile beauty of this unique human, natural or cultural environment. For the globetrotting couple – one born in the steppe, the other by the sea – Mongolia has become one of their favourite destinations, and they return every year to keep track of this last nomadic country that is facing globalization in its own way.

Numerous complementary activities for all audiences are planned around this exhibition, including a mountain music festival featuring a Mongolian diphonic choir and a Mongolia themed series of conferences.

For more details and visitor information visit the museum website.

Bordighera and Dolceaqua – “Monet Was Here”

Like so many other painters, Claude Monet, the “Father of Impressionism”, was enchanted by the lights and the colors of the French Riviera. So much so in fact that after his first visit, when he met up with Pierre-Auguste Renoir and Paul Cézanne in December 1883, he hastened back just one month later. Just before leaving cold, grey and wintery Paris in January 1884, he wrote to his art dealer Paul Durand-Ruel, “I have the impression that I will achieve something wonderful”. His premonition would prove to be true.

On this second visit his principal destination was Bordighera where he stayed for ten weeks, prolifically painting landscapes. That was 135 years ago. Now three of these masterpieces return to their birth place. Art critics regard them as some of the most interesting ones of his entire body of work.

The three paintings are displayed in two exhibition venues –

Vallée de Sasso, effet de soleil at Villa Regina Margherita in Bordighera (on loan from Musée Marmottan in Paris); and

A multimedia narration guides the visitor through both sites, outlining the artist’s journey and stay on the Riviera. Complementary photographic documentation and important contemporaneous artworks shine a light on life in the Riviera between the end of the nineteenth and the early twentieth century. The painter becomes thus the protagonist, immersed in an extraordinary landscape which at the time was at the brink of its transition from a poor rural region to a major destination for tourism and international culture. 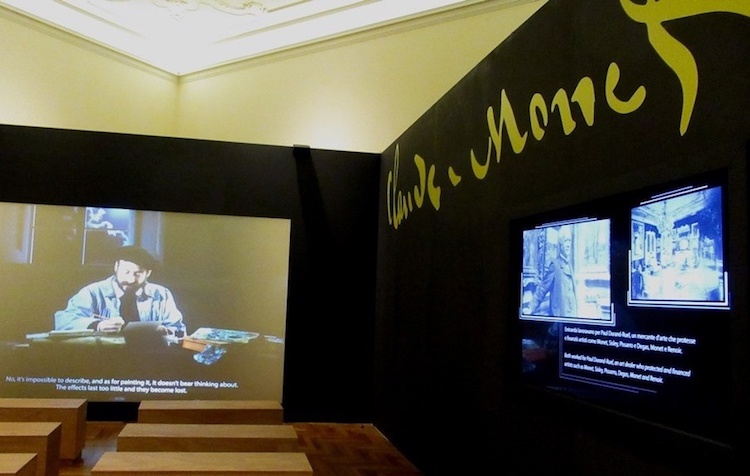 For more details and visitor information visit the Monet in Riviera website.

Poet, playwright, novelist, designer, filmmaker, painter, sculptor, graphic designer… there was hardly a field in the arts in which Jean Cocteau did not excel. The Bastion’s new exhibition “La Belle et la Bête, regards fantastiques” presents a selection of works based on Jean Cocteau’s cinematographic monument, complemented by the unique perspective of four contemporary artists whose creations resonate with the poet’s fantastical world.

Cocteau’s 1946 film “La Belle et la Bête”, starring Jean Marais in three roles of Beast, Rider, and Prince, was an immediate success and one of the most influential cinematographic oeuvres of its time.

In a phantasmagorical ambience, the section of the exhibition dedicated to the cult movie presents film extracts and artefacts including drawings, photographs, masks, and a large original film poster.

The upper floor features the creations of four contemporary artists around the theme of “Beauty and the Beast”. Along the lines of Jean Cocteau’s work, Katia Bourdarel, Marie Boralevi, Frédérique Nalbandian, and Vee Speers treat the theme in their own personal ways.

For more details and visitor information visit the exhibition website.

Monaco: The Spanish Genius and the American Princess

GRIMALDI FORUM: DALI, A HISTORY OF PAINTING (Through 8 September, 2019)

A summer without a grand exhibition at the Grimaldi Forum has become unthinkable. In line with the great monographs of twentieth century artists previously presented here (“SuperWarhol” in 2003, “Monaco Celebrates Picasso” in 2013 and “Francis Bacon, Monaco and French Culture” in 2016), 2019 is dedicated to “Dali, a History of Painting”.

30 years after the eccentric Spaniard’s death, this exhibition is an exceptional journey through Dali’s life over the course of almost 70 years. It not only offers a retrospective view of Dali’s work, but also reveals how the painter has become an icon in the history of twentieth century painting.

About 100 works, including paintings, drawings and photographs from France, Spain, and the U.S. are on display. Yet, the goal is to show a lesser known side of the artist. Behind the public figure and his media extravagances, there is a virtuoso painter, passionate about the history of art and the pictorial tradition of the great masters of the Renaissance. Vermeer, da Vinci, Raphaél, or Velàsquez, they all influenced him and his work. Places, too, left their imprint on the artist, especially his studio in Portlligat. “It is impossible to understand my painting without knowing Portlligat,” he said. Understanding also the sincerity of his intellectual and artistic approach is essential for knowing who he was as an artist, and the exhibition seeks to reflect this aspect.

Dali’s close relationship with the French Riviera is reflected in a part of the exhibition dedicated to his stay at Coco Chanel’s “La Pausa” villa in Roquebrune-Cap-Martin. It was there where he found a safe haven during the Spanish Civil War and as the Second World War loomed, and where he painted the gloomy Imperial Violets (1938).

Blind dates seem to be a great way for American actresses to end up marrying into European monarchy. Long before Prince Harry and Meghan Markle fell for each other, it was Philadelphia-born Grace Kelly who caught the eye and won the heart of Monaco’s Prince Rainier III. In honor of her 90th birthday, the State Rooms of the Palace of Monaco host an exceptional exhibition entitled “Monaco, 6 May 1955. Histoire d’une rencontre”. This unique and original exhibition puts the movie star’s first meeting with the Monegasque sovereign into context and perspective. 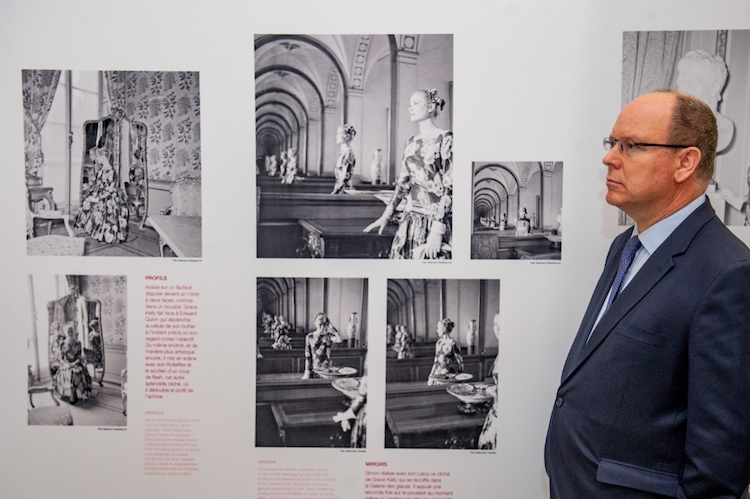 Before winning an Oscar for Best Actress in March 1955 for her role in The Country Girl, Grace Kelly had shot To Catch a Thief by Alfred Hitchcock on the Côte d’Azur the year before, including one of the legendary scenes taking place on the heights of the Principality. When HSH Prince Rainier III of Monaco requested to meet the guest star of the 1955 Cannes Film Festival, she agreed to a last minute change of her schedule on the afternoon of 6 May. Set up by Paris Match journalist Pierre Galante, this very public rendezvous was immortalised by the magazine’s photographer, Michel Simon, as well as by the Irish photographer Edward Quinn. The rest is documented history: Less than a year later, the prince married Grace Patricia Kelly in Monaco.

Conceived as a photographic journey in the State Rooms of the Palace of Monaco, the exhibition retraces the steps of Grace Kelly, in the very places where she met Prince Rainier, with the dress she wore on this occasion, along with personal items, letters, testimonials, newspaper excerpts and films. All this documentation shows how the article, which passed almost unnoticed at the time, has become a legend, with its memories and stories.

Nice: Where Cameras and Canvas Compete

If there was just talk of a love story extraordinaire, another one happened a little further down the Coast, and it all began 123 years ago. Nice and Cinema met and fell in love, and the relationship is still going strong. Their love child was called Victorine Studios, born in 1919.

To celebrate this milestone, Nice has dedicated its 2019 biennale to its legendary film studios but also to movies in general. Three of the highlights of the rich and varied programme of exhibitions, conferences, and events all across town are the OpArt exhibit at the MAMAC Museum of Modern and Contemporary Art, the ”Nice, Cinémapolis” show at Musée Masséna, and the “Nice, Cinématisse” expo at Musée Matisse, which looks into the connection between the painter and the medium of movies.

While you are at the Matisse museum for the cinema-themed Biennale, stay right here for another summer exhibit featuring a great photographer whose work has not been shown since 2006. André Ostier (1906-1994) was famous for his fashion photography, particularly Christian Dior, Yves Saint Laurent and Coco Chanel, as well as for his photo journals of Parisian celebrities of the 1950s.

On a level with level as Brassaï, Cartier-Bresson, Michel Sima, Lucien Hervé, David Douglas Duncan, Edward Quinn and Lucien Clergue, he was one of only the privileged few allowed into the intimacy of an artist’s atelier and a posing session. 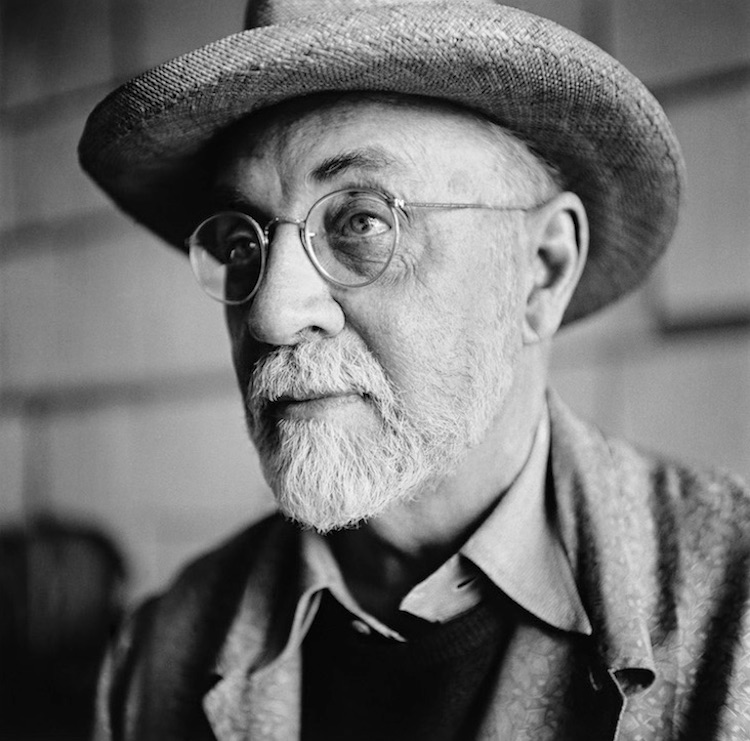 For some reason, one of the best Niçois museums gets much less traffic than others. True, it is slightly off the tourist path but still easily accessible, just across from the airport. And it is definitely always worth a visit for its exquisite and unique shows.

This summer there are no less than three under one and the same roof. We already reported on YSL’s Asian Inspiration expo, which is complemented by two culturally significant presentations:

A photo exhibit by award-winning artist Sarah Caron titled Les Derniers Kalash de l’Hindu Kuch visits the last of the animist and polytheist Kalash people of Kafiristan in North-Western Pakistan. Access to the valleys where they live is still extremely difficult today. The winding roads that rise to an altitude of more than 3,000 metres are so narrow that it takes several hours to travel 10 kilometres. This isolation provides relative protection of their customs and traditions. 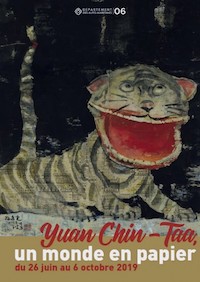 In another expo, Taiwanese artist Yuan Chin-Taa from China shows delicate paintings of animals. Highly charged with cultural meaning, rooster, butterfly, fish, tiger and other animals are each traditionally associated with a particular symbolism. They recall the environment in which the artist grew up, particularly the fish, which symbolizes his native island.

From Antibes by way of Cannes, Le Cannet, Mougins and St. Paul de Vence, the Western Route of summer exhibitions is a delightful mix of accessible “fun” shows and some high-end events between the coastal towns and the picturesque pre-Provençal hills. “Le bon plan”, as the French say, to escape crowded beaches and sizzling temperatures. Check out the second instalment.