Dedicated to one of the greatest photo artists of the 20th century, a yearlong expo under the theme “Pets and Stars” features movie stars and their four-legged friends

As the weather is getting decidedly autumnal, attention is redirected on indoors activities, and museums become interesting again. One small Rivieran museum, slightly off the beaten path, consistently mounts exhibits that are well worth a detour: Le Musée de la Gendarmerie et du Cinéma in St. Tropez. And this year is no exception. Titled Pets and Stars, the current black & white display by Irish photographer Edward Quinn offers us a candid peek at those rare and precious moments when glamorous 1950s and 60s movie stars and artists unplug and become mere mortals sharing a moment of complicity with their beloved cats or dogs.

Few photographers understood how to capture the glamour, but also private side, of Hollywood royalty, real life monarchs, and artistic movers and shakers quite like Edward Quinn. Born in Dublin, Ireland in 1920, the photographer spent a large part of his adult life on the French Riviera where he soon earned their trust and confidence. His privileged access to the Rich & Famous allowed him to accompany them not only on the Red Carpet but also behind the scenes, resulting in a legacy of charmingly natural images. 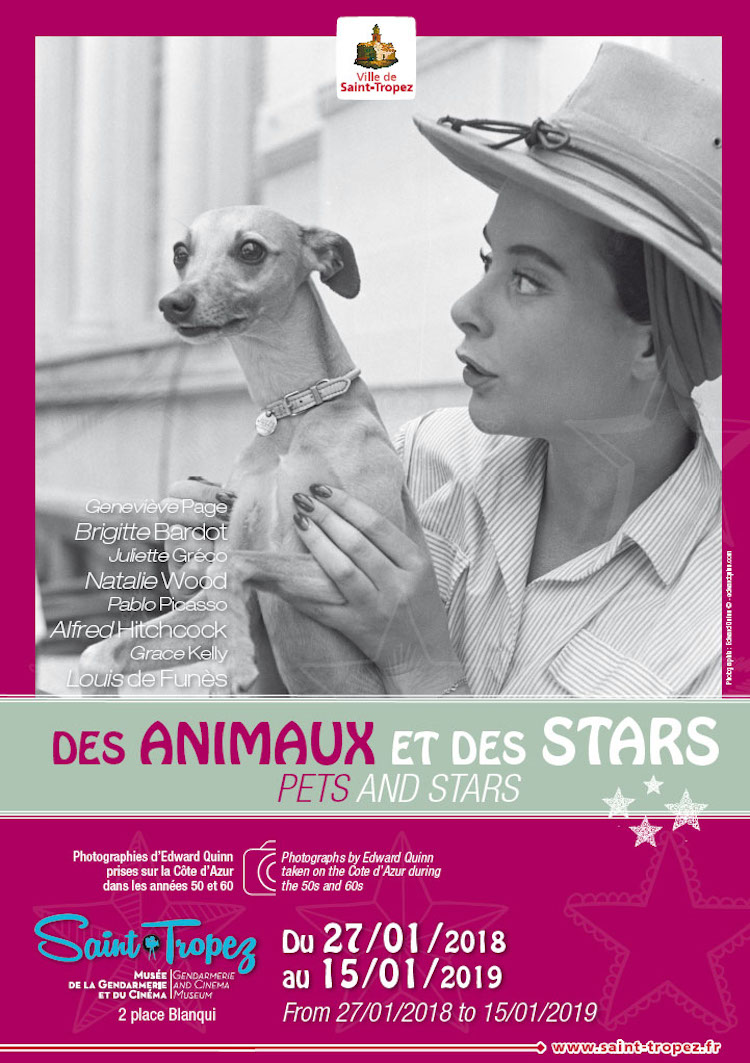 The current St. Tropez exhibit memorializes the special bond between celebrities such as Brigitte Bardot, Juliette Gréco, Natalie Wood, Pablo Picasso, Alfred Hitchcock, Grace Kelly, Louis de Funès, and Geneviève Page, and their pets, caught by Quinn on the beach, at the Cannes film festival, on location or in their homes. In fact, if you watch closely you will notice how the focus is surreptitiously turned on the pet, underlining the privacy of the moment, and this is reflected in the title of the expo where the honour of the first mention goes to the animal.

Beyond this little gem of an exhibit, the St. Tropez “Cops and Claps museum” has even more to offer. Previously serving indeed as the tiny sea side town’s police headquarters, the building it is housed in later became the scenic backdrop for Louis de Funès’ movies, depicting the hapless gendarme’s adventures. With iconic French actress and animal rights fighter Brigitte Bardot as a neighbour, St. Tropez once and for all became a household name the world over. Today, both local history and international celluloid fame come together under one roof. Since its inauguration in June 2016, over 300,000 visitors have already visited the museum’s quality permanent and temporary exhibitions; its artifacts are on loan or donated by leading national cultural institutions as well as private parties. Learn more about its diverse and well-curated spaces and its background here. 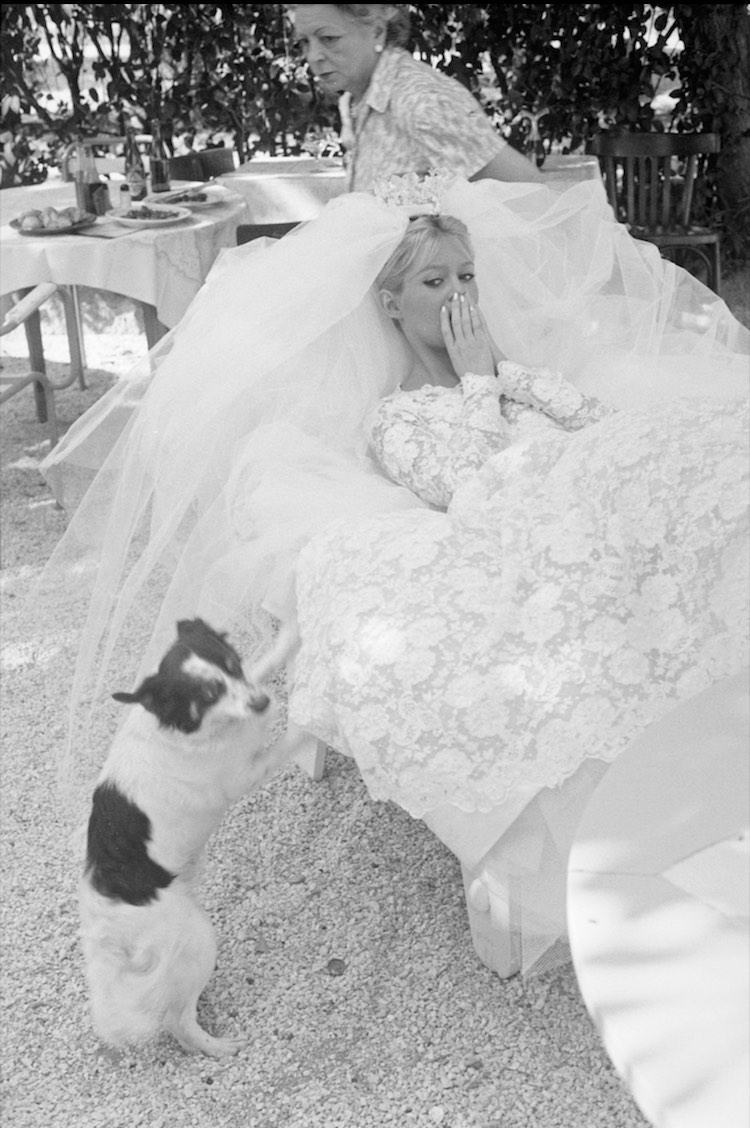