A visit to Nice’s most popular museum, the Musée Masséna, is a journey back in time to the city’s golden era

The Grand Old Lady of Niçois culture, Musée Masséna, celebrates a round birthday – the centennial of its inauguration. Approachable, charming, well-presented, and firmly rooted in its Niçois identity, the most beloved of all local museums is a faithful record keeper of the famed Belle Époque era.

When the Masséna museum was inaugurated with great pomp and circumstance on 28th January 1921, the media nicknamed it “the Carnavalet of Nice” in a nod to the museum in Paris bearing that name. It is housed in a sumptuous villa which was built at the turn of the 19th/20th century by Victor Masséna, Prince of Essling. Fronting the Promenade des Anglais, the property would be joined by another landmark-to-be just a few years later, the Negresco Hotel. Masséna’s son and heir bequeathed the villa to the City of Nice with the request to turn it into a museum of local art and history. 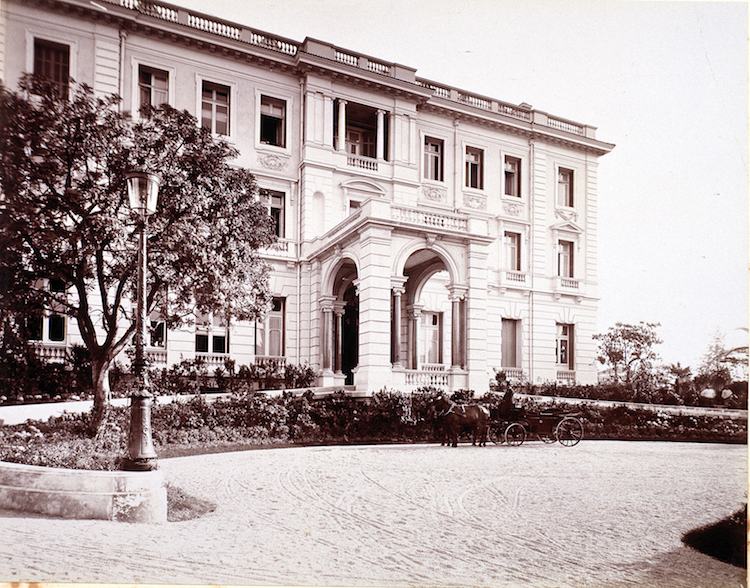 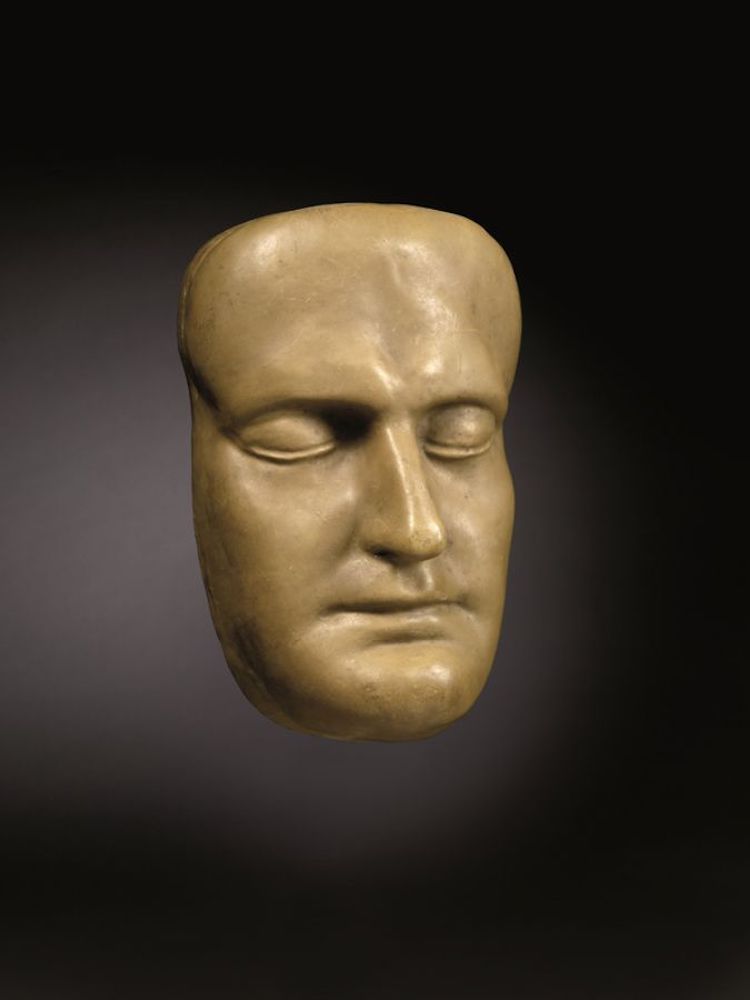 Over 15,000 artifacts, spread out over 23 exhibition rooms, retrace life in Nice during the Belle Époque, from the regal to the mundane. Many of them were donated by prominent local families. Among the most notable objects on display are Napoleon’s death mask, Empress Josephine’s mother-of-pearl tiara and other jewelry from her estate, landscape paintings, and valuable first editions of books, but there are also fashion, furniture, and everyday objects of the time. The ground floor, which has been preserved and is furnished in its original state, also gives a glimpse into the way the Niçois upper class lived.

The emphasis is on the period from 1860 to 1920, reaching back on occasions to the post-Revolution era for context. This may at first glance appear just a small sliver of time – but what an eventful and ground-breaking period it was, starting with the French Revolution of 1789 and Napoleon I’s rise. His personal history is closely connected to Nice, and memorial plaques all over town still testify to his extended presence. The history of the County of Nice in turn was linked with Savoy and Piedmont-Sardinia before Nizza was annexed by France in 1860, subsequently becoming Nice. 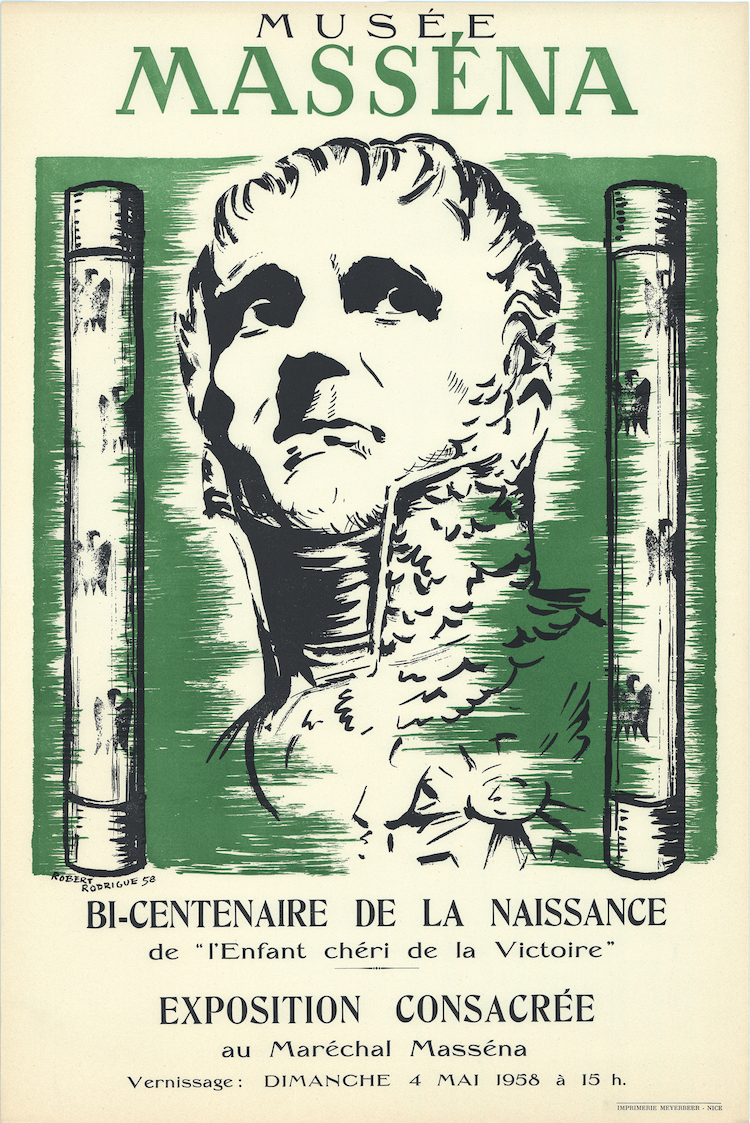 As travel became increasingly more comfortable, royalty, artists, and well-to-do visitors from all over Europe discovered flocked here to enjoy the gorgeous scenery, the year-round pleasant weather, and the unique colours of the Mediterranean. At the outgoing 19th century, tremendous advances in science, industry, technology, and the arts – coupled with the fresh perspective those early tourists brought along – forced dramatic social changes on everyone regardless of their standing in life.

In the early 20th century, World War I ravaged Europe, and while the South of France was spared battles in its own territory, a whole generation of local men was called to arms, not ever to return. At the same time the region was overrun with refugees from Eastern Europe, fleeing the crumbling Ottoman and Russian Empires. This caused great economic upheaval in Nice and all of France. However, as soon as peace returned and things started to settle, people’s thirst for life and pleasure won the upper hand, and “the roaring Twenties” gave the Belle Époque a final sendoff.

This unique 60 year period, and the decades leading up to it, marked Nice more than any other. Since its 1921 inauguration, the permanent exhibit at the Masséna museum has featured Nice through the prism of art and history while also always presenting special exhibitions reflecting the evolution of society and its artistic currents. Each one was a highlight in the cultural calendar, showing the diversity of local life:

At the beginning of the 2000s, the villa underwent a major renovation, and at the same time the exhibition was modernized and updated. The curators went about it with a delicate hand, finding the golden middle between respecting heritage and making the display interesting for a new generation of visitors. Less pretentious and flamboyant than its peers aspiring to compete with Paris, Musée Masséna has since its reopening in 2008 become the most popular one among the locals and a top tourist attraction for visitors from all over the world. Even crowned heads of states and movie stars pay a visit when in town.

The tranquil and immaculately kept gardens surrounding the villa, accessible both from the Promenade des Anglais and rue de France are a wonderful spot for a break from the hustle and bustle of the city. The south-east corner (facing the Promenade des Anglais) of the garden also pays tribute to a historic event, albeit it a very recent and tragic one. A memorial is dedicated to the victims of the 2016 terrorist attack which cost the lives of 86 innocent victims. 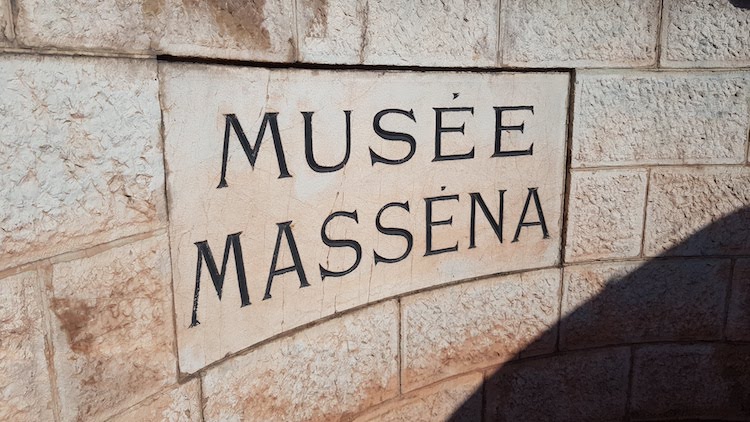 At press time, the museum is still closed due to public health measures. You can still explore it digitally through a rich programme of virtual tours, podcasts, conferences, and videos on the topical Ville de Nice website and app.

Lead image © RIVIERA BUZZ; all other images as credited