While no one was looking, Nice’s most popular theatre just pulled an extraordinary stunt, seeking to shake people awake from the malaise that has beset the world.

When the rest of the world collectively panics and runs in one direction, it takes a pioneer to stay and stand their ground. That’s what Ticé did. Ticé, for friends and intimates, is Théâtre de la Cité in Nice, the small and popular venue that likes to think big and out of the box. Director Thierry Surace and his team have pulled together a new season that might be its most diverse and exciting one yet. But they also boldly went where others feared to tread, and gave the hall a major makeover. A huge – some might say, crazy – investment in times as uncertain as our current ones. Here is why we predict it will have been worth it. Will the gamble pay off?

Let’s talk about the new optics first: If you are a regular patron, the first thing you associate with the theatre are the famous red benches. Not the most comfortable seating in the world but just as down-to-earth and convivial as Ticé’s entire concept. This is a theatre that does not strive to compete for the regulars of high-brow Thespian arts like the Théâtre National de Nice or Anthéa in Antibes. This is a theatre for the Niçois who are just out to enjoy a good night of entertainment, and it gives many a local performer a stage and a voice. And the benches hold the essence of that…. They stand for many a fun night, for memories made here, and for friendships started with your seat neighbours, from whatever walk of life they may have come.

Well, good (or bad?) news – that hallmark, those red benches are gone, replaced by comfortable fauteuils. The seating capacity has gone up from 180 to 256. Gone are also the vintage orange plastic chairs that came out when the regular capacity was sold out and extra seating was needed. These measures also meant to adapt and modernize the proscenium and the stage specifications accordingly.

Which leads to the next big question: Is it foolhardy to do that kind of major overhaul in the middle of a major pandemic with unknown outcome? Well, from a practical point of view, the work needed to be done, the furniture was rapidly coming toward the end of its natural life span. And it was the theatre staff itself that applied ample elbow grease. So costs were kept to the minimum possible. 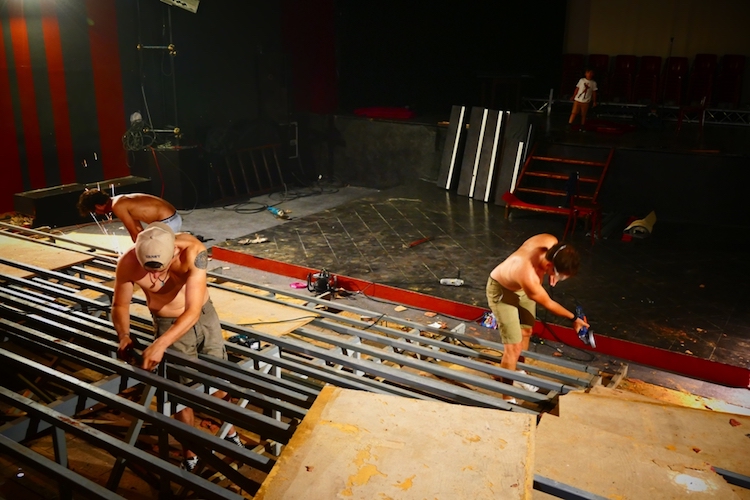 But now on to the elephant in the room: what about the 2021/22 programme? This is going to be a season where theatres are trying to play it safe. Having learned their painful lessons from the past year and a half, which was “stop – go – restart – stop – re-go – and re-re-stop”, this season’s programmes are very much a careful dip of of the toe in the water. Well, not at Théâtre de la Cité. Thierry Surace’s team salvaged what it could from the previous non-seasons, and added some more quality acts. Surprising, audacious, and refreshing in an otherwise pretty uneventful new season on the French Riviera.

Some of our favourite acts in the 2021/22 schedule, which include some brand new shows and some staples: 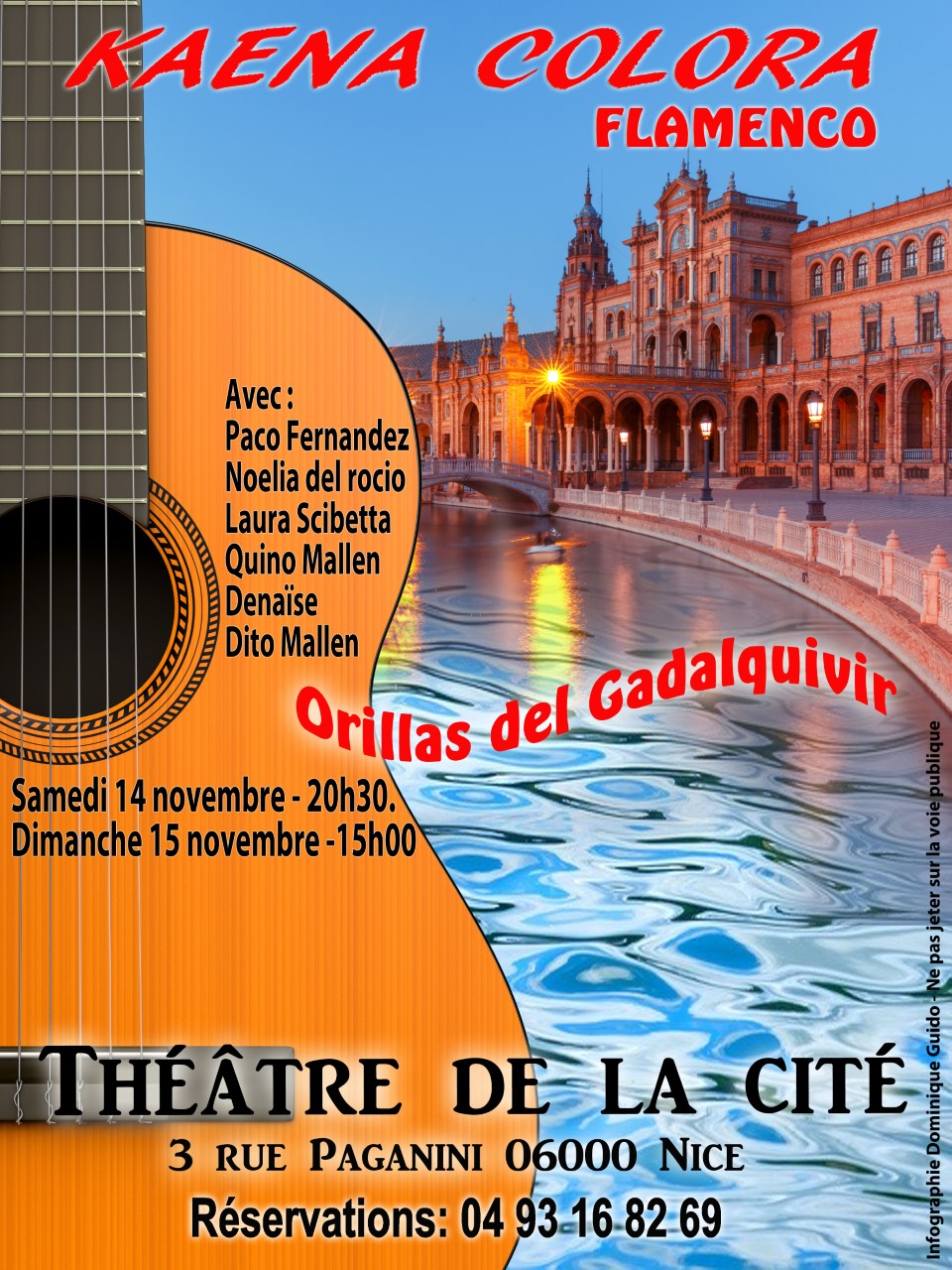 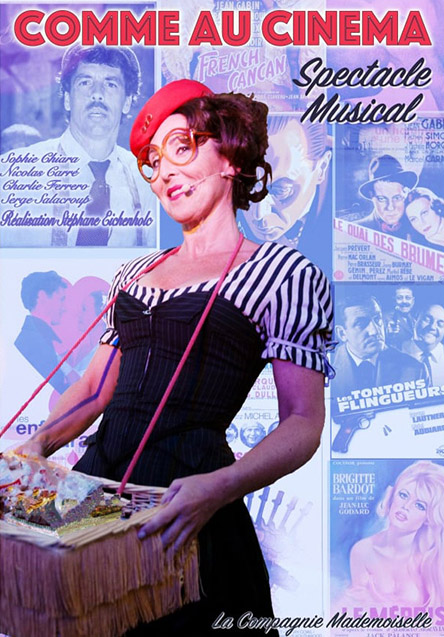 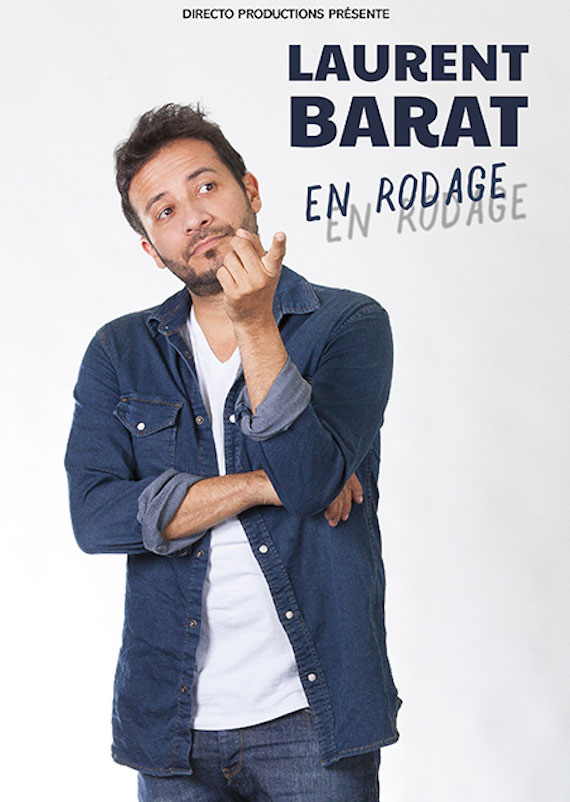 The musical and poetic encounter between a humble cinema usherette and a handsome plumber takes us to the other side of the screen, on a journey through some of the most beautiful love scenes and fights in French cinema.

Paul Taylor is a very funny Brit who lives in France, the country known for… a very different kind of humour, and he decided one day to turn this dichotomy into an advantage. His first stand-up comedy show called “#FRANGLAIS” which was half in English and half in French went down pretty well, inspiring him to do a follow-up http://www.theatredelacite.fr/spectacles.php?li=1&id=1122&pa=2 . Gentle mockery and a free language class included…

Not a season goes by without this dance show on board, much to the delight of its fans. This year, Kaena Colora traces the mysterious Andalusian Guadalquivir river on its course between the Cazorla sierra and Sanlucar where it spills into the Pacific ocean. A musical, sensory and cultural exploration of Andalusia’s roots and its people.

Percussionist Philippe Ciminato presents his new project “WeAve” in which he and a group of close friends evoke his Mediterranean roots, his contemporary jazz influences and melodies inspired by Asia, where he lived for a long time.

Yes, yes, yes, we know… Laurant Barat’s one man shows are in French. But the guy is funny. Really funny. This time, he takes the mickey out of modern life. He does meditation thanks to the “Petit Bambou” application. He does his shopping thanks to the “Yuka” application. He’s looking for true love thanks to dating apps. And to stay in shape, he downloaded an app that counts his steps and he even found one that helped him test intermittent fasting! Sounds like someone you know? No app needed for the tears of laughter this local comedian, discovered and produced by Gil Marsalla’s Directo Poduction, will make you cry.

And of course: Spotlight on Cie. Miranda

It’s not exactly new news by now: Thierry Surace is a brilliant theatre director but he is not less gifted as an actor-director. The shows he creates with Cie. Miranda, the Ticé’s house company revamp classics, combining artistry with a tinge of humour. Four shows not to be missed are the by-now classic Dom Juan et les Clowns (directed by Irina Brook) on 22 and 23 October; Cyrano on 14 January; the brand new and very stylish musical Cabaret Sexuel 3 on 13 and 14 May; and the hottest new creation of the season, Bukowski, Une Vie Rêvée on 9 and 10 June. 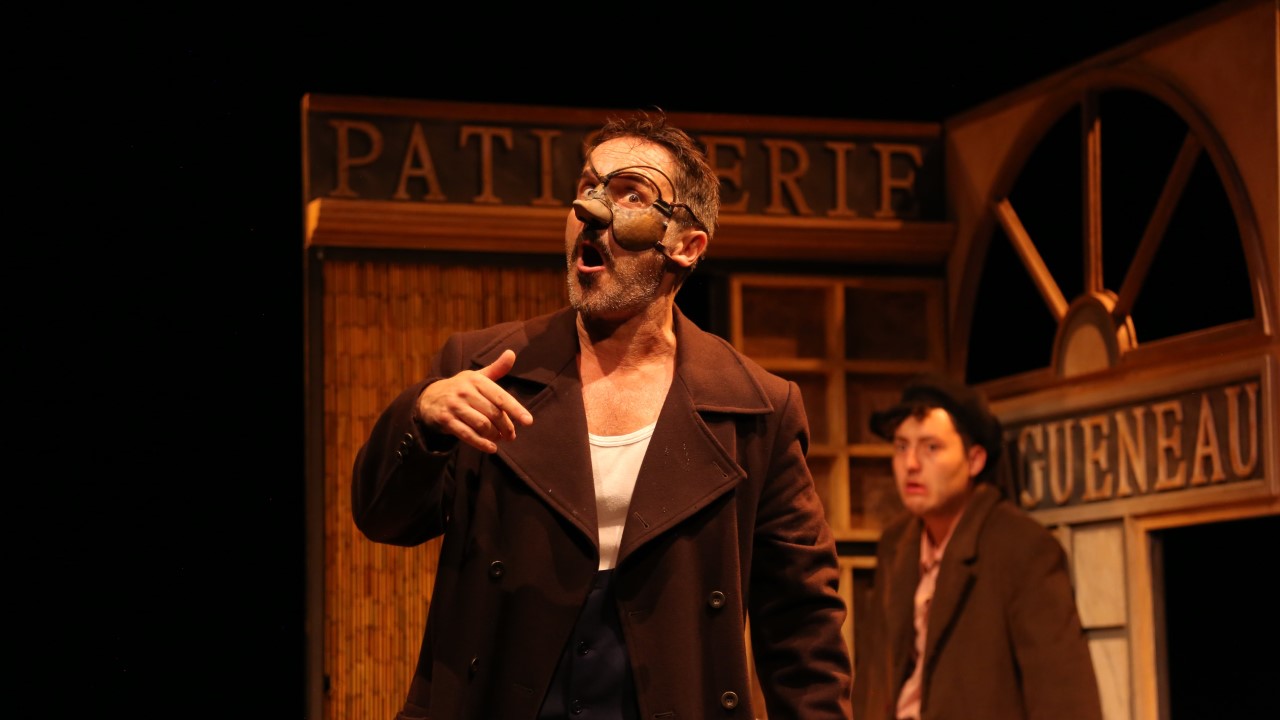 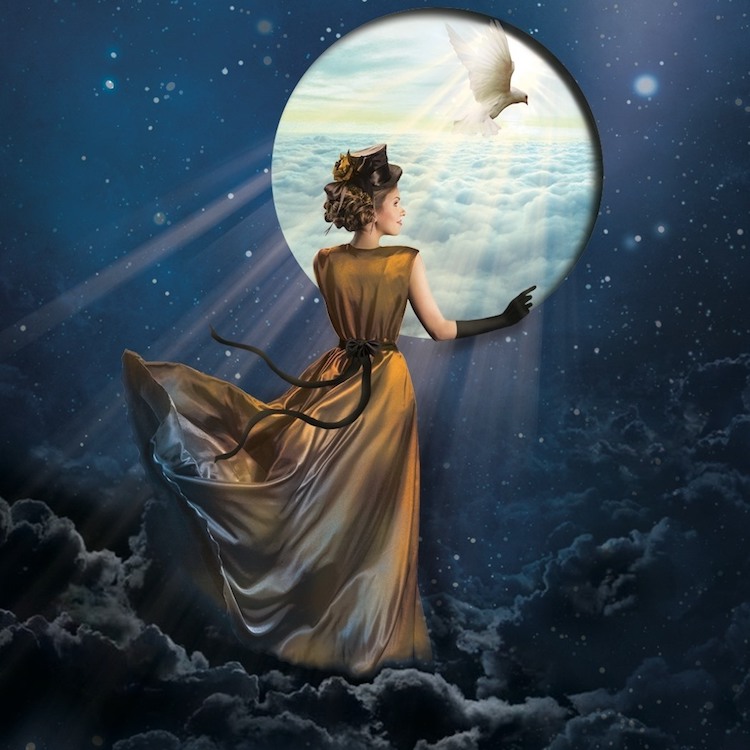 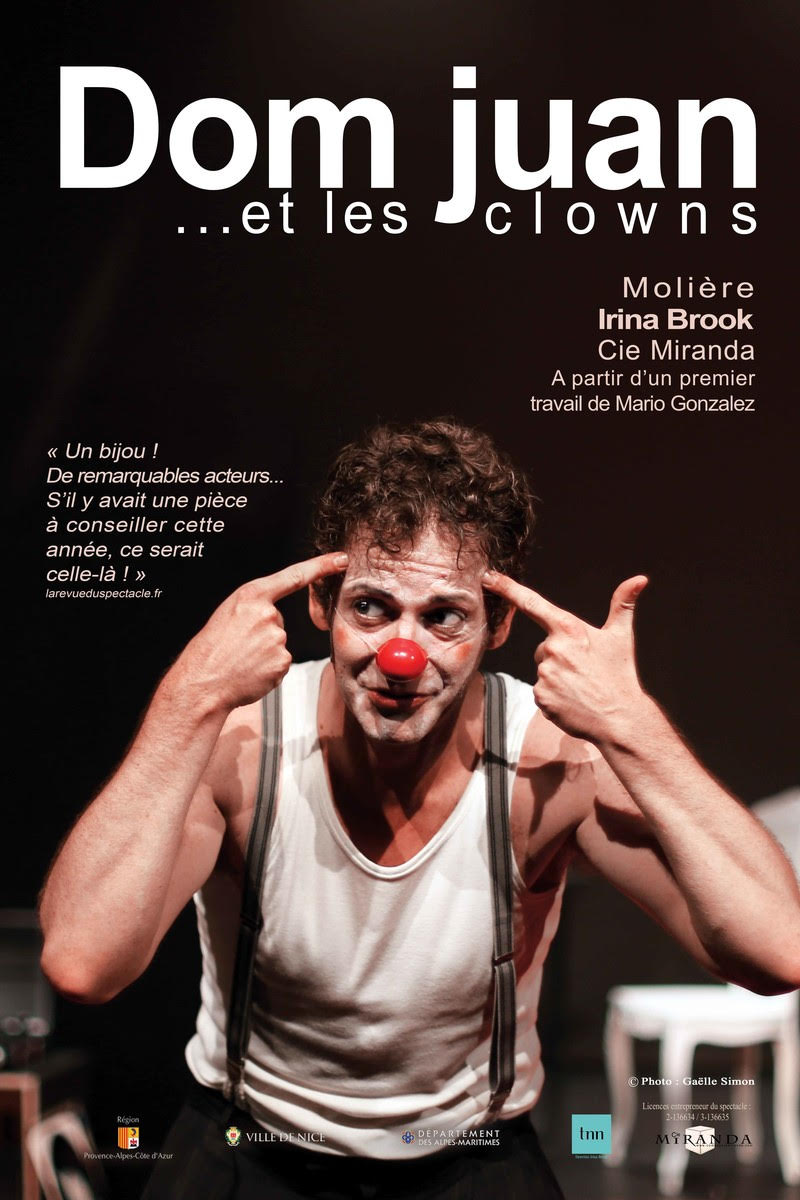 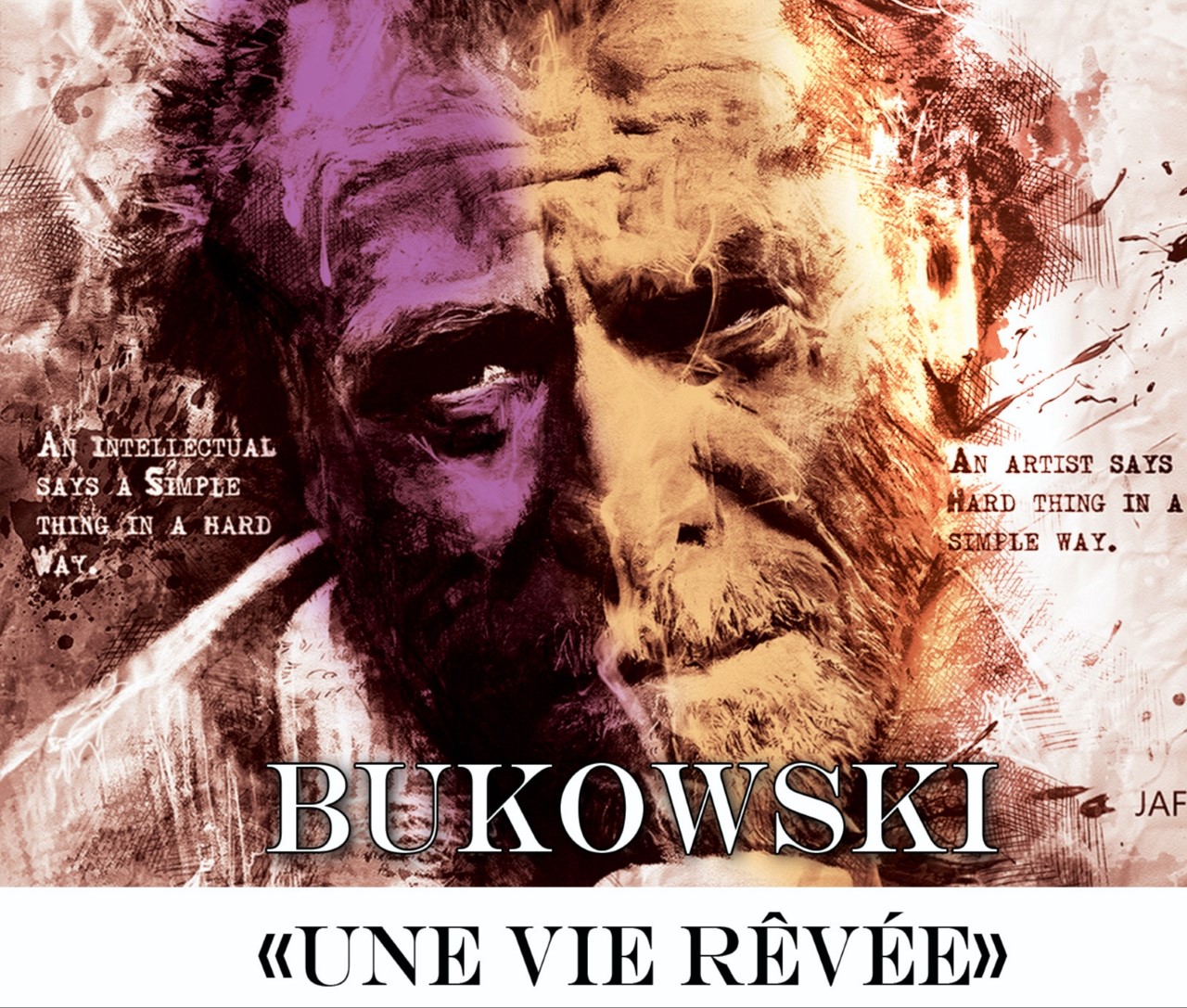 Apart from these treats for the international community there are of course also lots of fabulous plays, stand-ups, improve, and music, the popular Carte Blanche that gives newcomers the floor, the New Year’s Eve dinner burlesque that has become a classic, a rich offering for kids and youths, as well as theatre classes. No excuse to pass by without looking!

So…. with a brand spanking new and chic hall, and a firecracker of a programme in the off – what else is needed? Oh yes, the audience. That is where things get a bit iffy right now. Sick or not, this Covidian era has impacted people mentally and psychologically. Many have lost the instinct to venture out and rub shoulders with strangers. Theatre and cinema occupancy is down to an average of 12.5 to 30%. 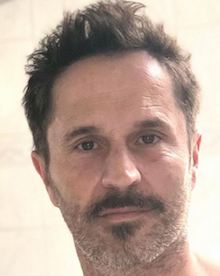 So was all this effort in vain, or even mad, after all? Thierry Surace reflects on this: “Shows are cancelled, productions close their doors, theatres deprogramme artists, or artists cancel… in short, I see this pre-election world amputating the outstretched arm of self-affirmation, culture.“ The recent wrapping of the Arc de Triomphe in Paris is symbolic for theatres and cinemas that are being wrapped up, too, in an attempt to mummify them, he thinks.

But he also sees a ray of hope in it all: “In this tiny space of hesitation, there is a society that is returning to the lightness of life, to that delicious time when culture is a proof of freedom… It is time to laugh, to be moved, to act for oneself… just for the pleasure of it; which becomes almost a protest in this world where it is useful for some to scare us.”

Wise words. The world needs to wake up from its self-imposed sense of impotence. The only way forward is to step out. Yes, do bring your mask and your vaccination pass for as long as mandatory. But do realize that you are part of the machine that makes the world go round. Ticé has set a splendid example of hope, optimism, and courage. All you need to do is trade the comfort of your easy chair at home for that of one of the theatre’s brand new fauteuils, and leave the rest to the artists who want nothing more than to create wonderful memories with you and who crave your applause.

For those who’d like to own a piece of Ticé history, about 50 of those (in)famous orange chairs, which can be clipped together or stand alone, and which have provided support to many a famous bottom, are still up for grabs. Contact by email or phone 04 93 16 82 69 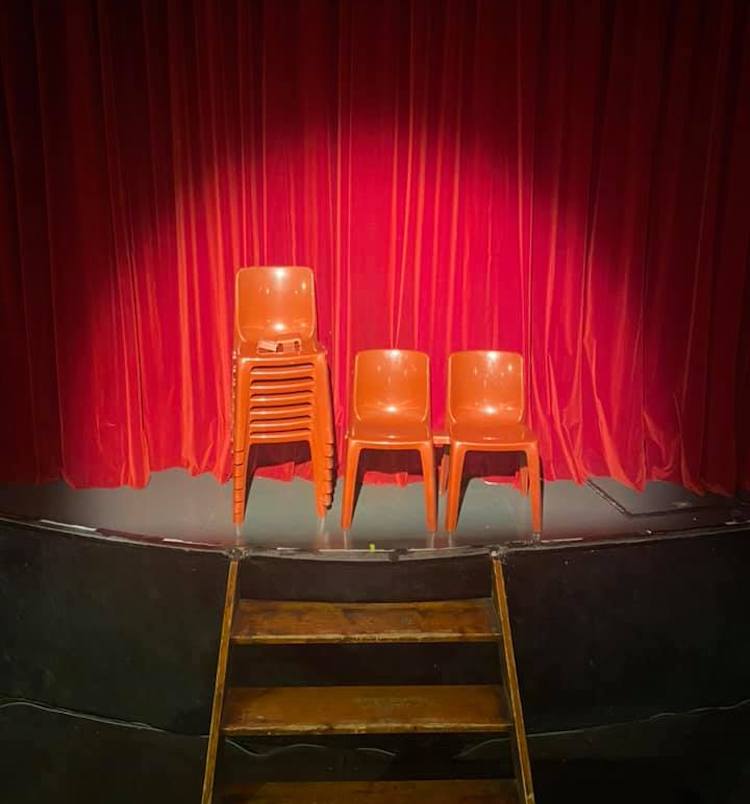